The Peugeot Andreau 909 is a semi-autonomous vehicle that plays homage to the highly aerodynamic classic Peugeot Andreau 402 concept from 1936. This wonderful concept is designed by a talented artist, Leo Yamazaki. Read on and be inspired!

About the Peugeot Andreau 909 project:
The project was aimed as a halo vehicle for Peugeot's revival in the US market. Upon ideating, I wanted to strongly incorporate Peugeot's design philosophy, "Motion & Emotion". I wanted to suggest the "Motion" part through aerodynamically driven proportion and form, and suggest a sense-spiking "Emotion" part through concept and architecture of the car where the cabin of the vehicle is the scramjet propulsion system in itself. Unlike modern fast vehicles where production cost is high and fuel efficiency is low, taking inspiration from scramjet form and architecture enabled me to style and package a high speed vehicle that is extremely low in part-count and very efficient in fuel consumption. Since the vehicle is aimed as brand revival in the U.S., I took a 50's American way of design process when they were strongly inspired by jet's and planes, where proportion, form, and architecture of Peugeot Andreau 909 is inspired by future hypersonic scramjet concepts such as NASA's X-43, and Boeing's X-51. By suggesting an homage to a classic concept car, I wanted viewers to grow interest in Peugeot's heritage. While a global decline of youth interest in obtaining car license is happening, I wanted to suggest a sense spiking vehicle to revitalize young people's interest in automobiles through future technology.

Materials:
The 2D illustration part is mostly done directly on photoshop, but I have used pens and pencils on paper at times. The basic proportion of the physical 3D model was once mocked up using Alias software, then a 1/3rd scale model was milled using foam and automotive clay to go through 3D ideation. After countless struggle going back and forth between 2D and 3D ideation, the surfaces were cleaned and hard-parts were handmade by help of modelers from Peugeot studio in Vélizy-Villacoublay, France. 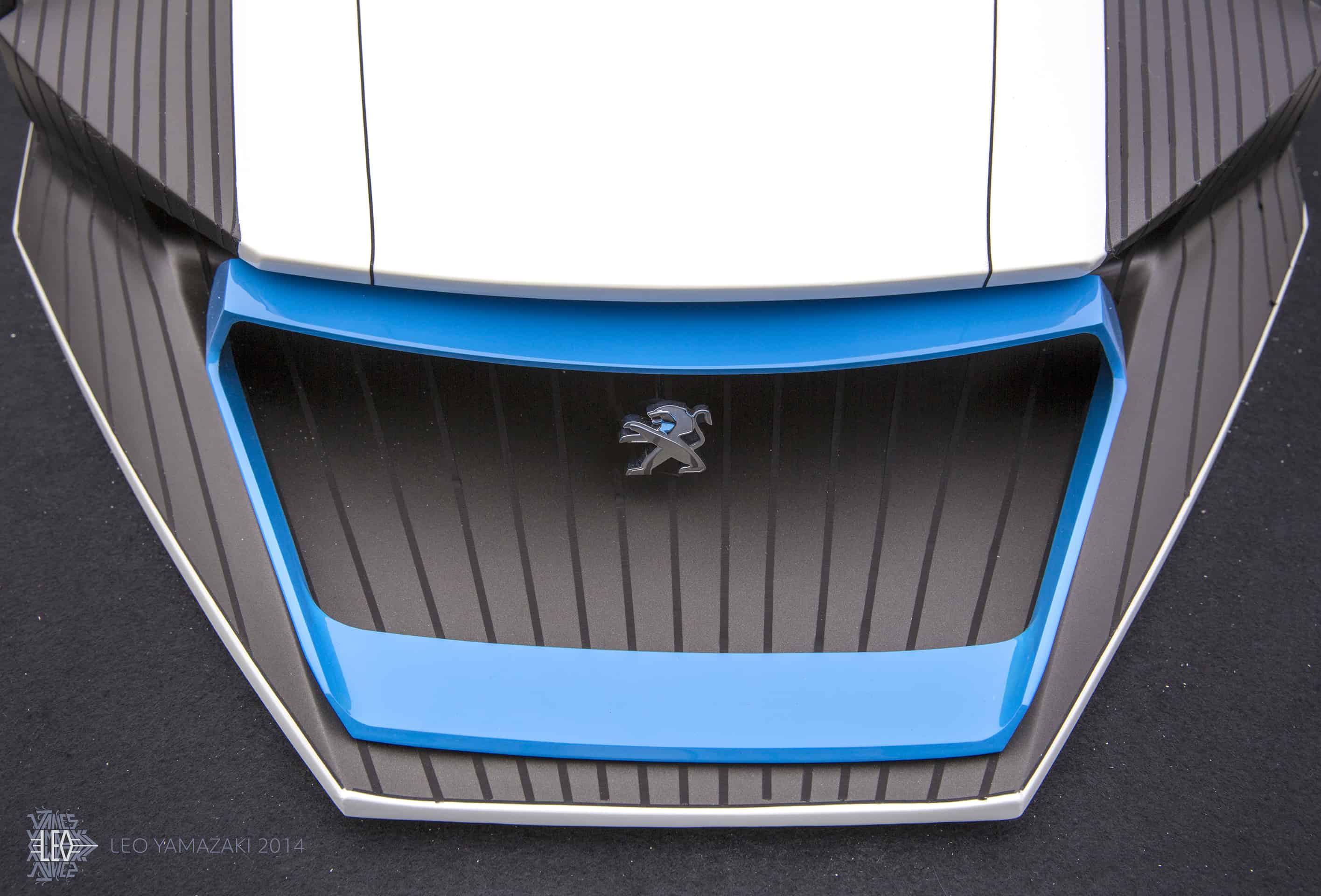 Leo Yamazaki is a recent graduate of Art Center College of Design majored in Transportation Design with product and automotive experience in US, France, and Germany. He has won couple design awards including an honorary mention and finalist of Ecomotors design contest, and 1st team place in design for GM hosted PACE competition for sustainable mobility. His love towards illustration and industrial production began since he was little but his in-depth focus in arts began at Orange County High School of the Arts and University of California, Irvine. Upon graduating UCI with an arts degree, he chose to further practice design process at ACCD because of its comprehensive curriculum, and many successful alumni. His design focus is lucid and empathetic problem solving to introduce broad range of design solutions to the world. His current goal is to join the industrial design field and provide solutions to social and economical problems from designer's standpoint. Also, he is interested in many part of industrial design, and various industrial design projects are posted on his personal website. He hopes to becoming a great designer who can revitalize humanity by using broad problem solving skill to enrich the world with beautiful creations. You can find more of his artworks on his Behance profile or website.