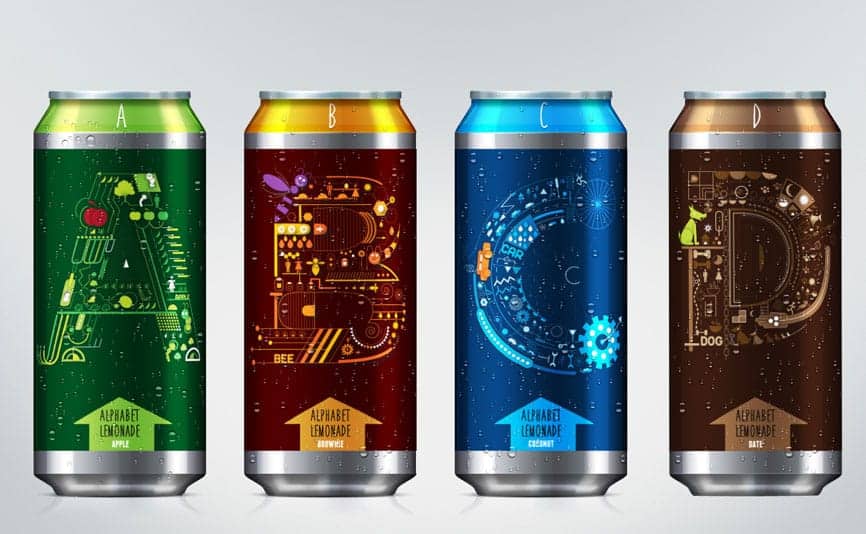 This is an extension of the project I have done before called alphabet stories. I had illustrated 26 letters using a lot of elements that would create a story about each letter. The idea behind this is to create 26 different letter designs so each lemonade would have its own letter and its own flavor. I always was wondering how to make it easier for kids to learn the alphabet. I asked myself: “What would happen if the kids had a lot of fun while learning it? Would it help them to memorize it?” With this idea they could learn it and enjoy the taste of the lemonade at the same time, wouldn’t they?

Since this would be targeting kids and young people, I thought that going with bright and happy ones would be the best option. Primary tools that I used in this project were Photoshop and Illustrator for the graphics. The rest was done by using some paper, tubes, glue, aluminum cans and other materials.

The hardest part of the project was building the tube where the cans would be stored. I cut the paper tube to make it the size where 4 lemonade cans would fit. Beside the design I also had to think about the functionality of the project. So I worked hard on making the tube cover be very strong and firmly closed to hold 4 lemonade cans inside the tube. But at the same time be very simple and easy for the user to open and close. At the end I solved the problem by using just a strip of the paper glued to the bottom of the cover and sticks out enough to be easily pulled by a hand in order to open and close the tube. 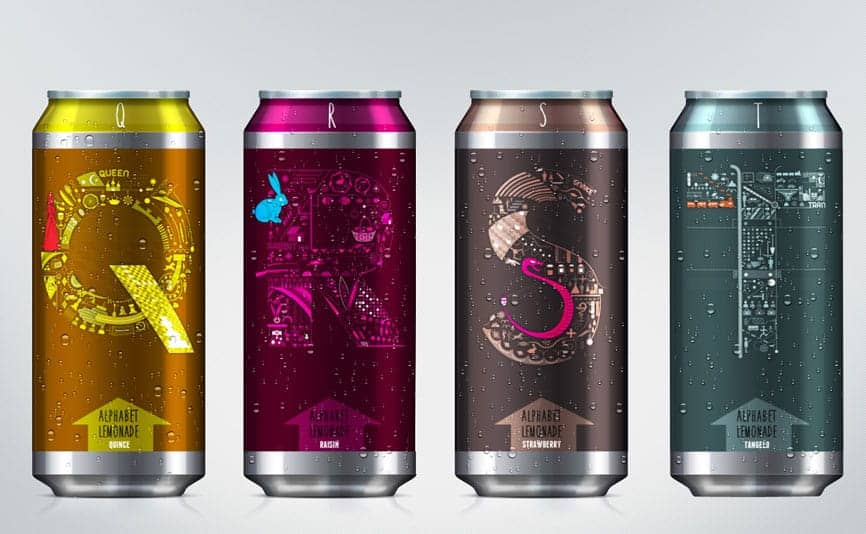 This is not an actual project, this is just an idea for now. The ideal places for this lemonade to be sold at would be schools especially elementary ones where the kids still learn alphabet. The kids would be able to collect the cans and can tabs with all 26 letters, have them in the order and learn alphabet. A lot of fun for kids!

Besides schools the good places to sell this lemonade would be movies theaters, cafeterias, beaches, and other places where young people like to go.
The lemonade cans would be packed in specially designed tubes. Each tube would contain 4 cans of the same flavor. So, there would be 26 different paper tubes where each tube would represent each letter.