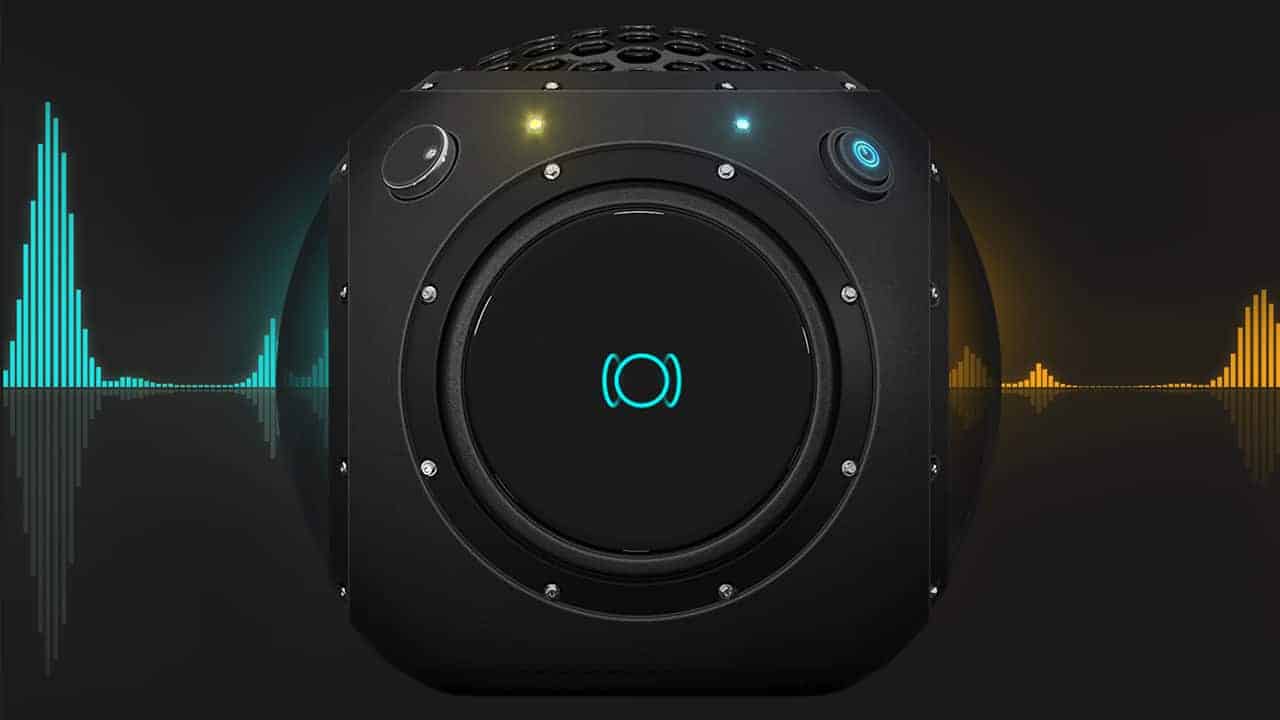 A lot of fans of music and musicians use tube amplifiers. Lamp sound is a special, vintage magic. With the help of this magic, many musical hits were created, even entire genres of music were created. Today, in the 21st century, tube amplifiers do not lose their popularity among music lovers.

Let me introduce you to Armadillo! This is a tube amplifier with a digital interface. 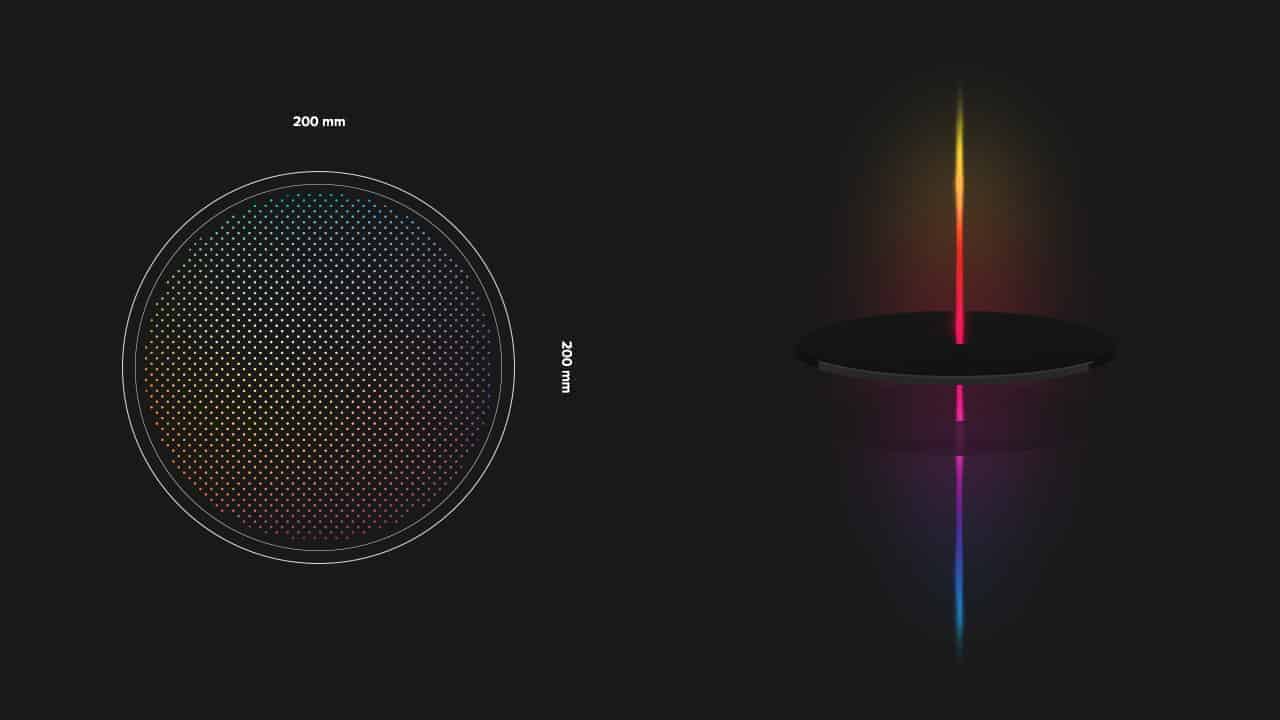 The idea of ​​the project is to create a modern, powerful amplifier and equip it with a convenient interface for remote or direct control. For remote control, the user can use the most common gadget in our time - a smartphone. For the smartphone, we developed a mobile application that will allow the user to control the settings of the amplifier, guitar wizard, download presets, use the amplifier as a music player or FM-Radio. In addition, an application for the desktop computer was developed.

FM Radio will allow the user to listen to your favorite radio stations, store their frequencies and manually control the frequency setting for more precise settings.

Equalizer has many built-in classic presets plus the ability to download or create your own.

The guitar master has a lot of guitar audio effects, the ability to use the presets of famous guitarists, play background music and metronome.

The digital interface of the amplifier is identical with the application interface.

The application has full access to the amplifier and can control any of its functions. Connection is possible through Wi-Fi, network port, ethernet or usb connection.

For the design of the case, modern concept art served as inspiration. The case of Armadillo is similar to the case of drones, which we often see in movies or computer games. This form factor of the enclosure gives the possibility of powerful passive cooling, which is necessary for radio-lamps. On the sides of the case there are viewing windows, in front - the interface screen, at the back - ports and connectors, and on top - a grating covering for better air circulation.

The design of the material was subject to a lot of discussions. But in the end, we chose a dark rough dural, because it has good heat-conducting properties and is light enough. From the inside the case is covered with graphite dusting to neutralize extraneous noise. In addition to the tube lamps inside, we also equipped the amplifier with additional diode lamps, the illumination of which you can adjust via the Aerial application.

You can call it an "almost perfect sphere". 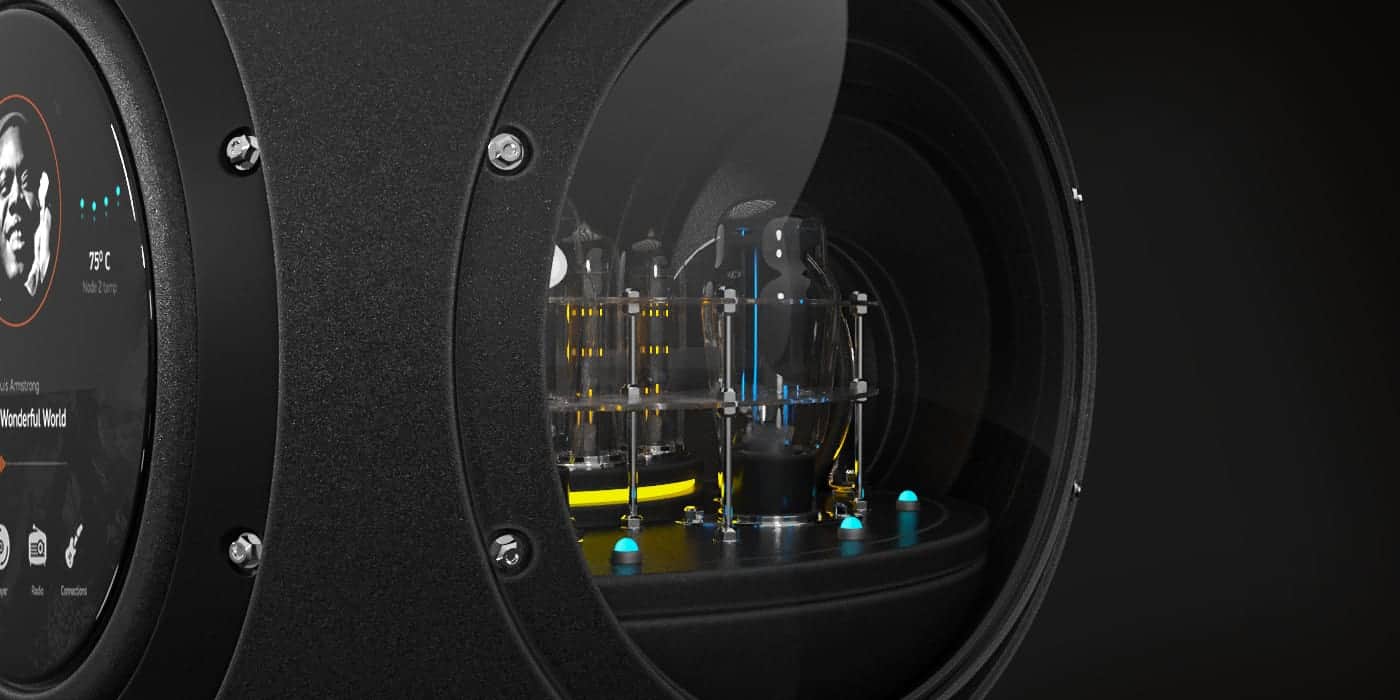 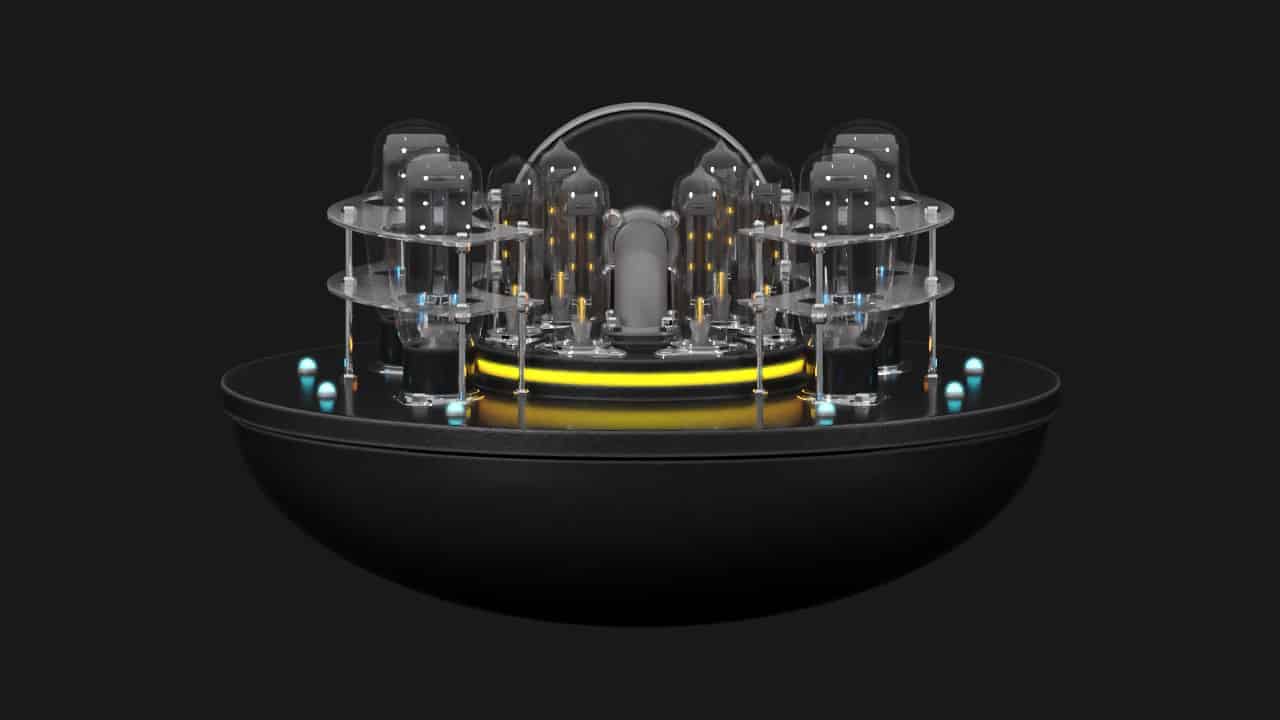 To create a sketch of the body, I used an ordinary pencil and paper. It took a lot of time and a lot of paper. Immediately after receiving the final concept, I created approximate images for the front / top / side view and moved them to 3d max, placing them in the appropriate viewports.

A long process of 3d modeling began. The concept I developed changed several times in the modeling process, due to some features of the components.

As soon as the 3d model was ready, it was necessary to start creating materials for it. I used Corona Render and Keyshot. Various versions of sets of materials for the case were developed, but the team stopped on a dark version. As soon as all the questions regarding the case and technical characteristics were agreed, all necessary types of 3D models for CNC and other needs were created.

Having understood the colors of the case and its internal components, it was possible to start developing the design of the amplifier interface and it took 2 more weeks. The resulting application covered all the functions of the amplifier, looked comfortable and had the ability to customize.

For remote control of the amplifier, the team developed the mobile application AERIAL, which allows you to perform the same functions as the digital amplifier interface, only remotely. Both applications are designed in the same style. 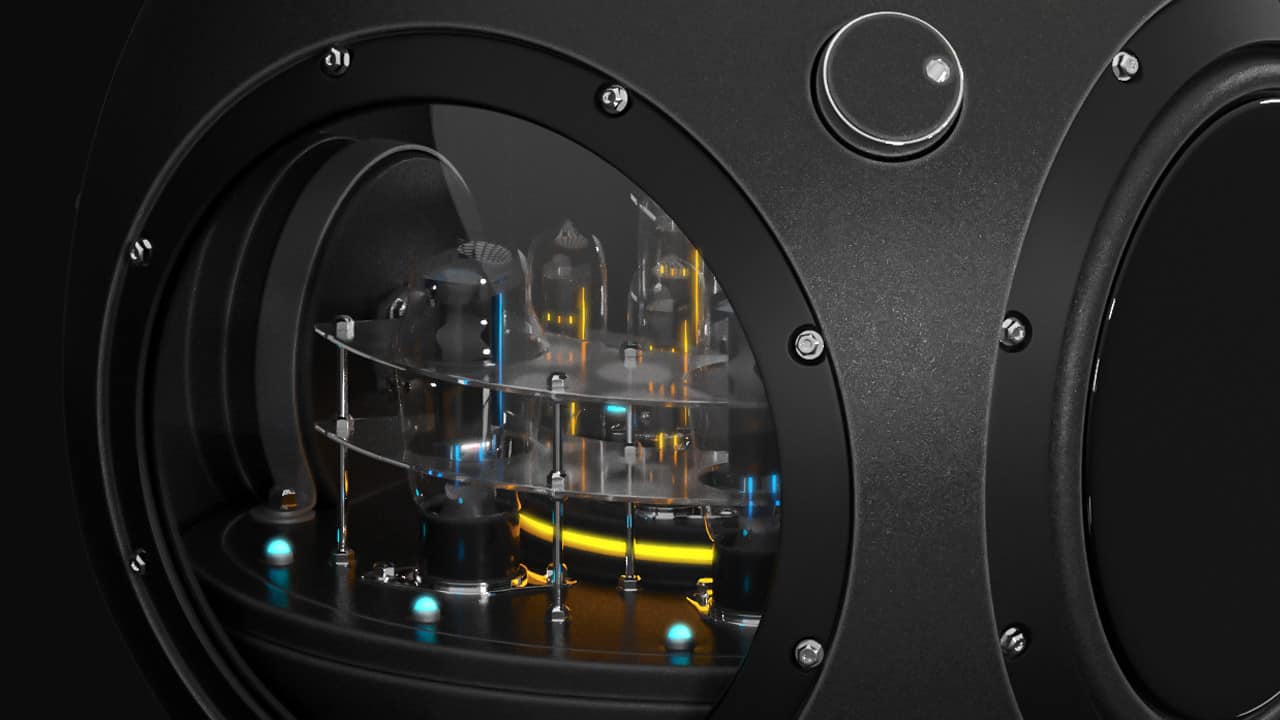 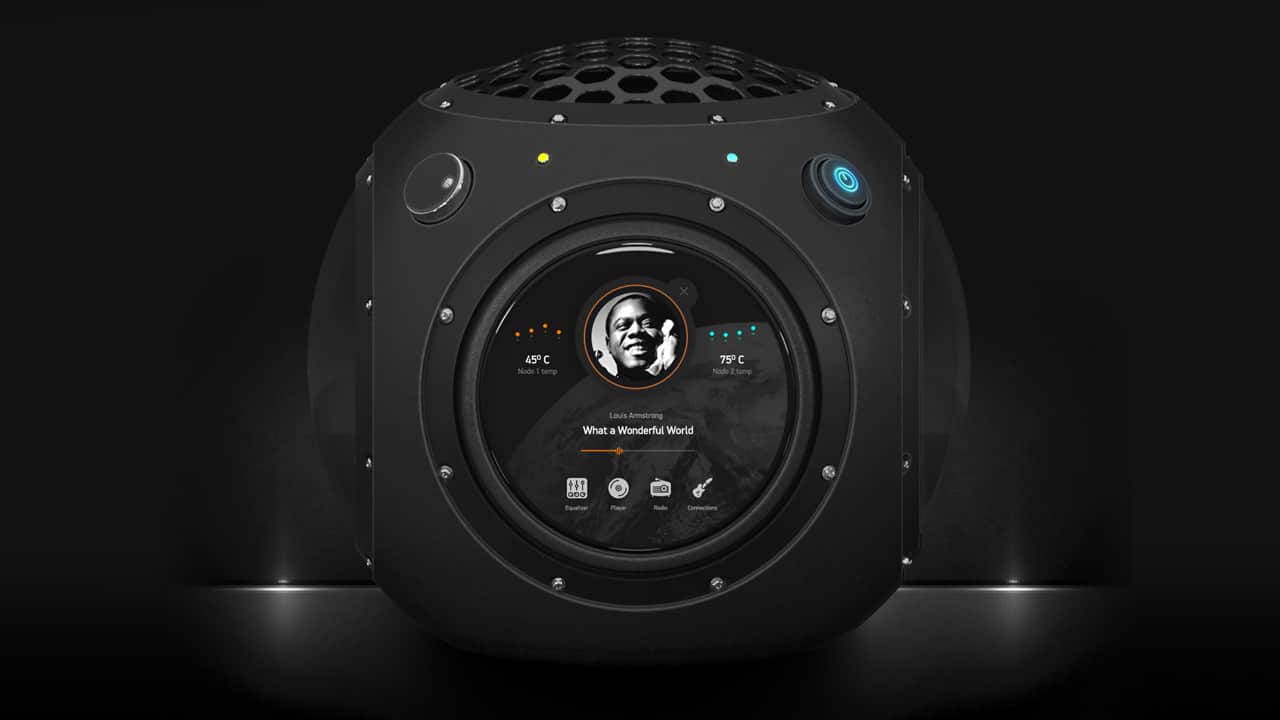 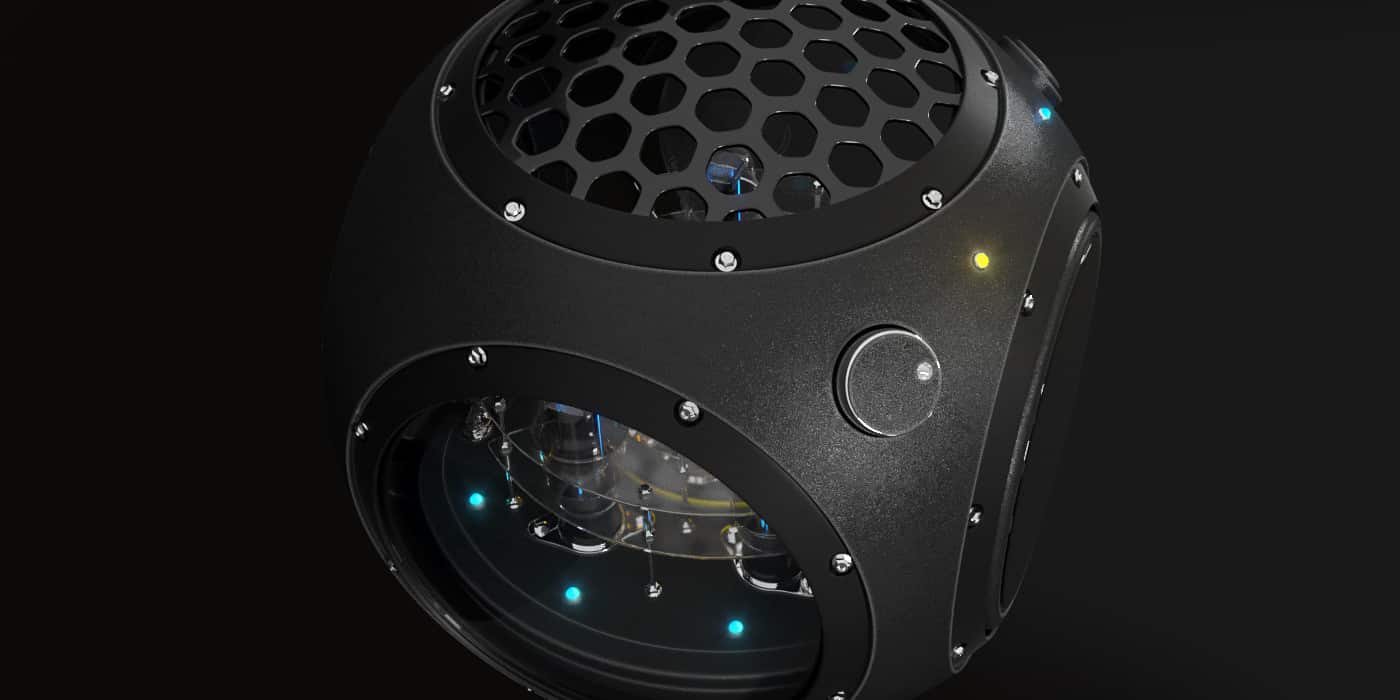 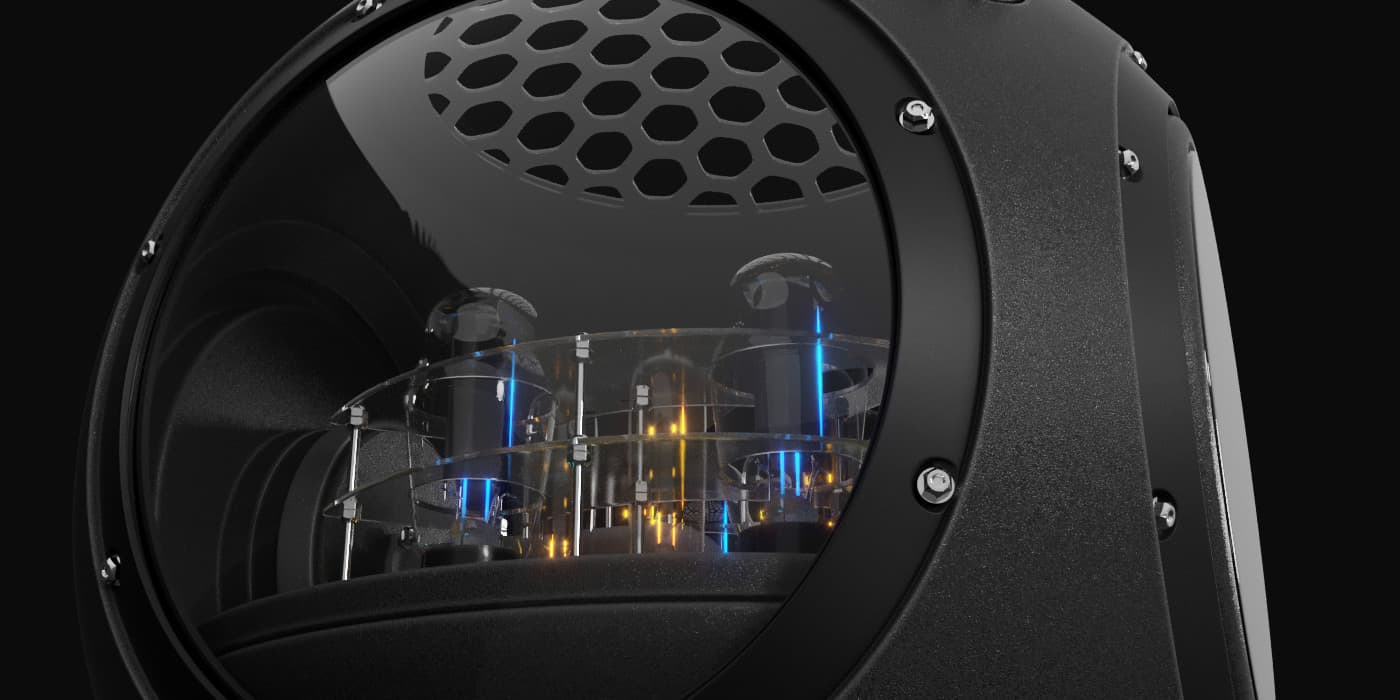 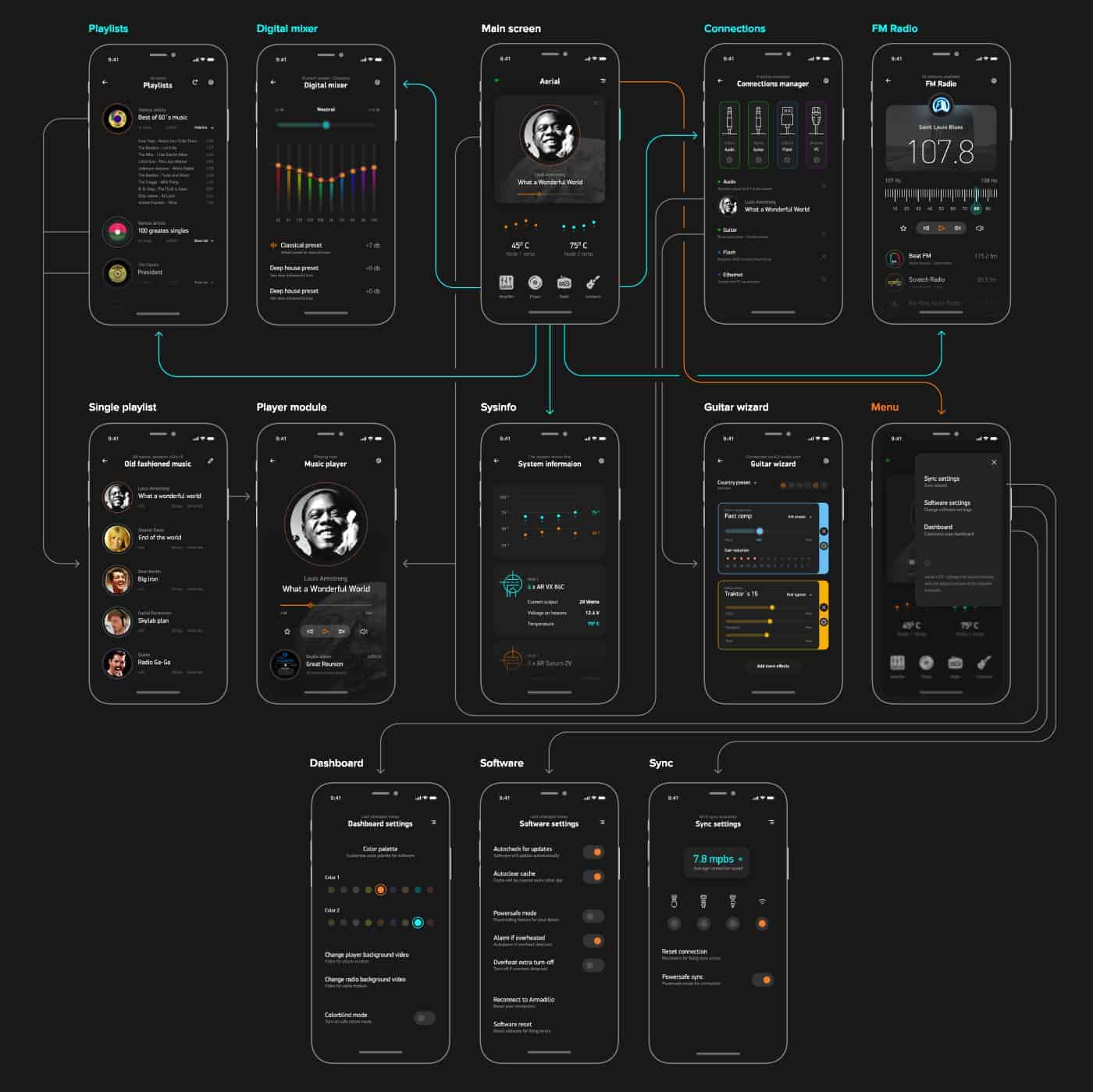 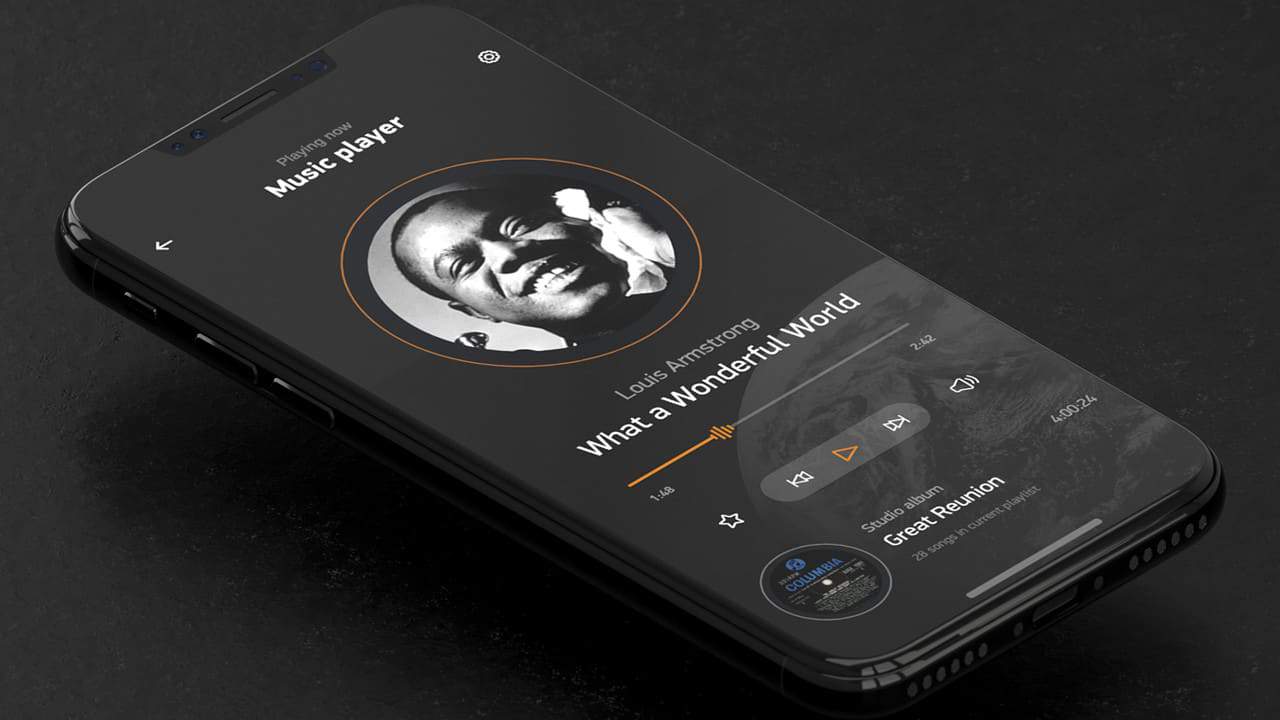 First, while I was still working, I showed this project to some very experienced UX-designers, so that they could express their opinion about the interface's convenience and application design for both the mobile phone and the amplifier itself. Only one of these people made a comment about the fact that the application is made in a dark style and this creates strong contrasts, but eventually agreed that this solution is best for our project.

Then it's time to find out what people think about the idea and the project was sent to our partners, regardless of their field of activity. It was important for us to know the opinion of those who understand this design sphere, and those who are far from it. If you describe in digital format the feedback received, it turned out 9.2.

We were very pleased with the result.

I’m a highly experienced UI/UX and industrial designer with serious attitude to my work and clients.
My fields of work are Webdesign, UI, UX, Industrial and Product and you can be sure that entrusting me your project you will get the first-quality result.
Website