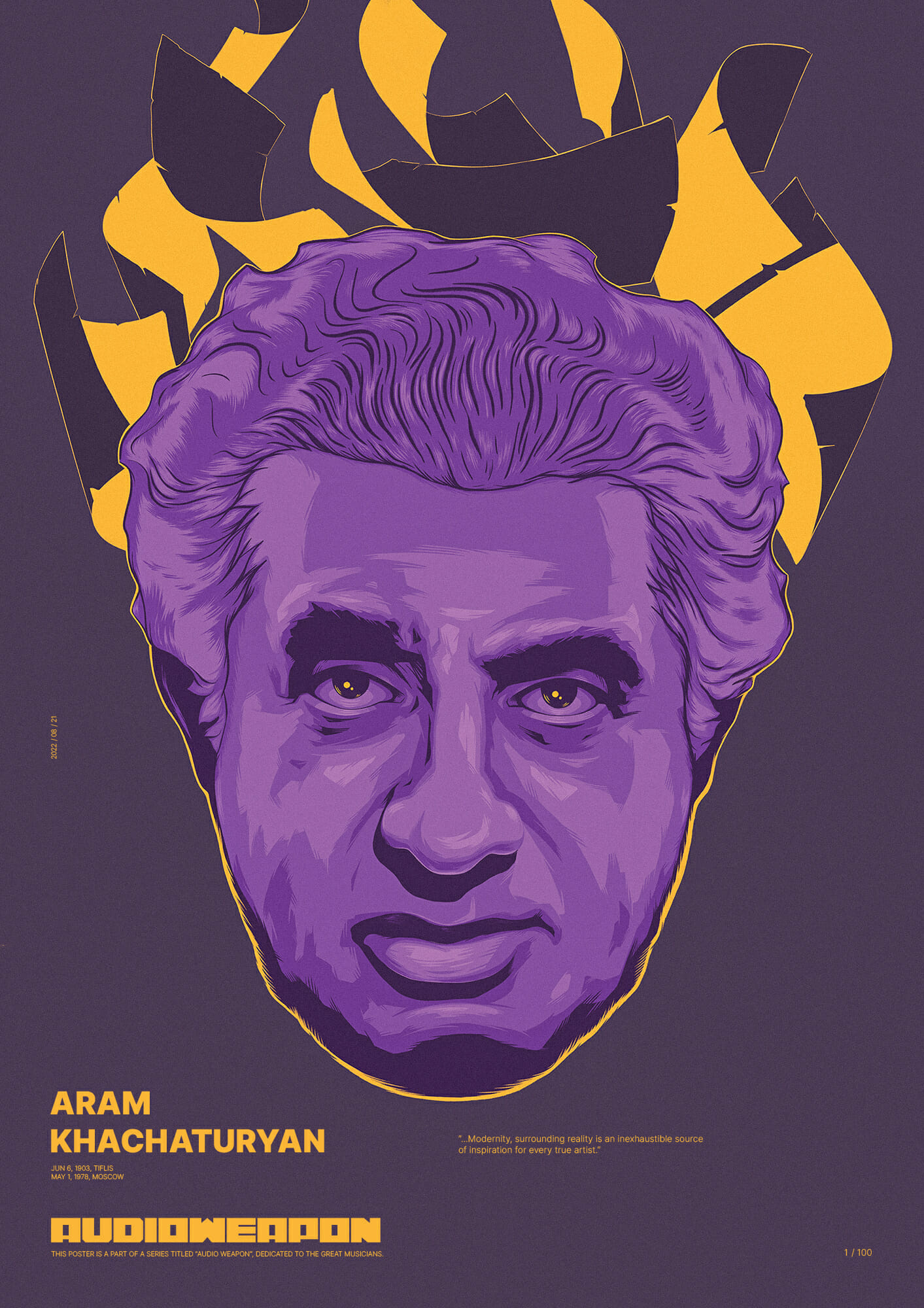 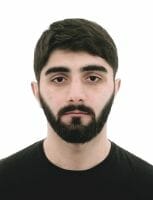 Music is a weapon that destroys the walls around the oppressed by everyday life and the bustle of consciousness. It opens the door through which light, tranquility, and inspiration enter. Audioweapon is a series of illustrated posters about music.

On the first poster is Soviet Armenian composer Aram Khachaturian. He sometimes dubbed as one of the three titans of Soviet music. His works were influenced by classical European and Armenia folk music.

The second poster is dedicated to an American trumpeter Miles Davis. He is among the most influential and acclaimed figures in the history of jazz and 20th-century music. 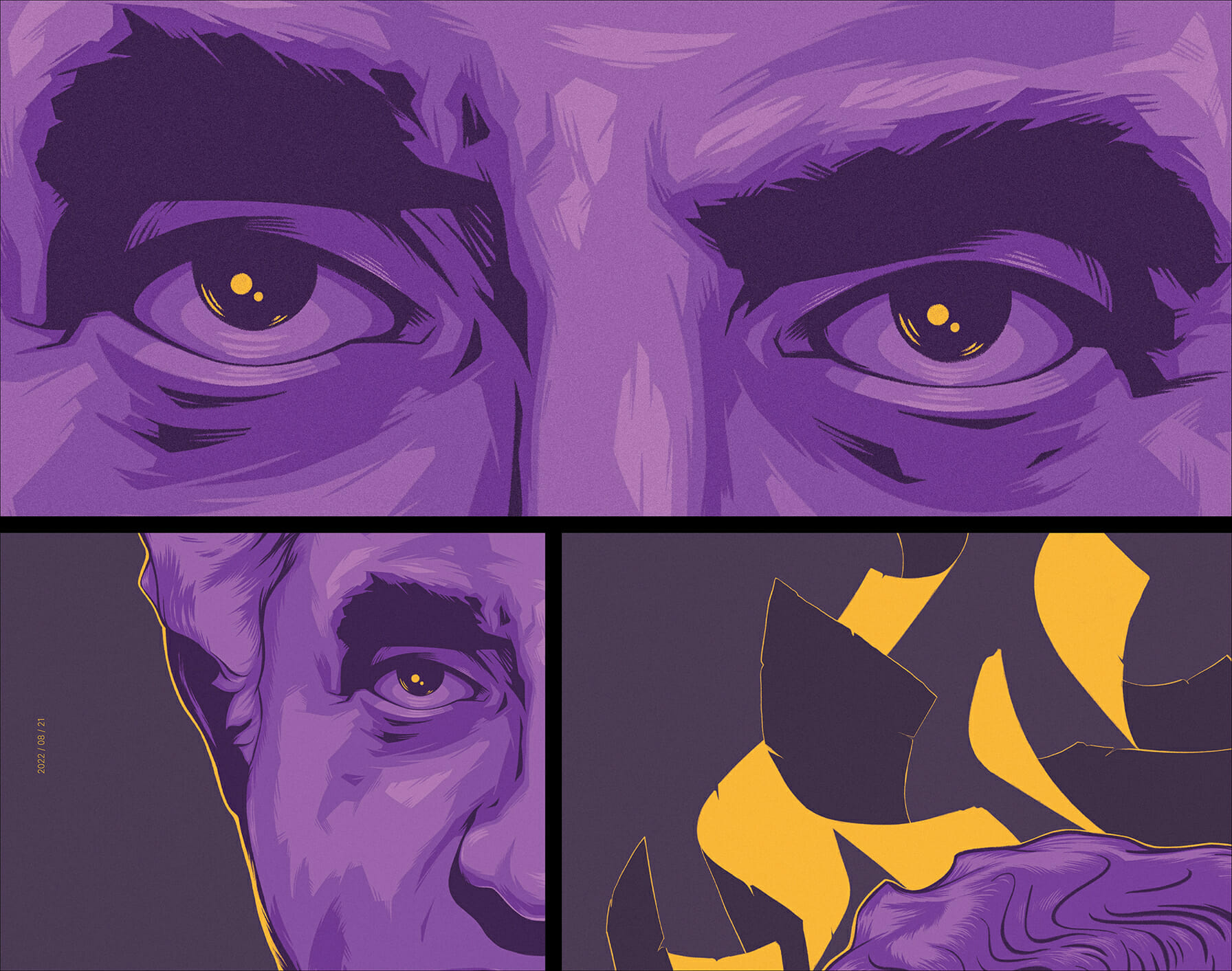 It all started with the photo that a friend of mine took in an underpass in Kyiv on 3 Jan 2022. It was a picture of Miles Davis on the wall with the words “audio weapon” underneath. I was so impressed when I saw this… An idea was born to create a series of illustrated posters dedicated to the brilliant musicians who amazed me. 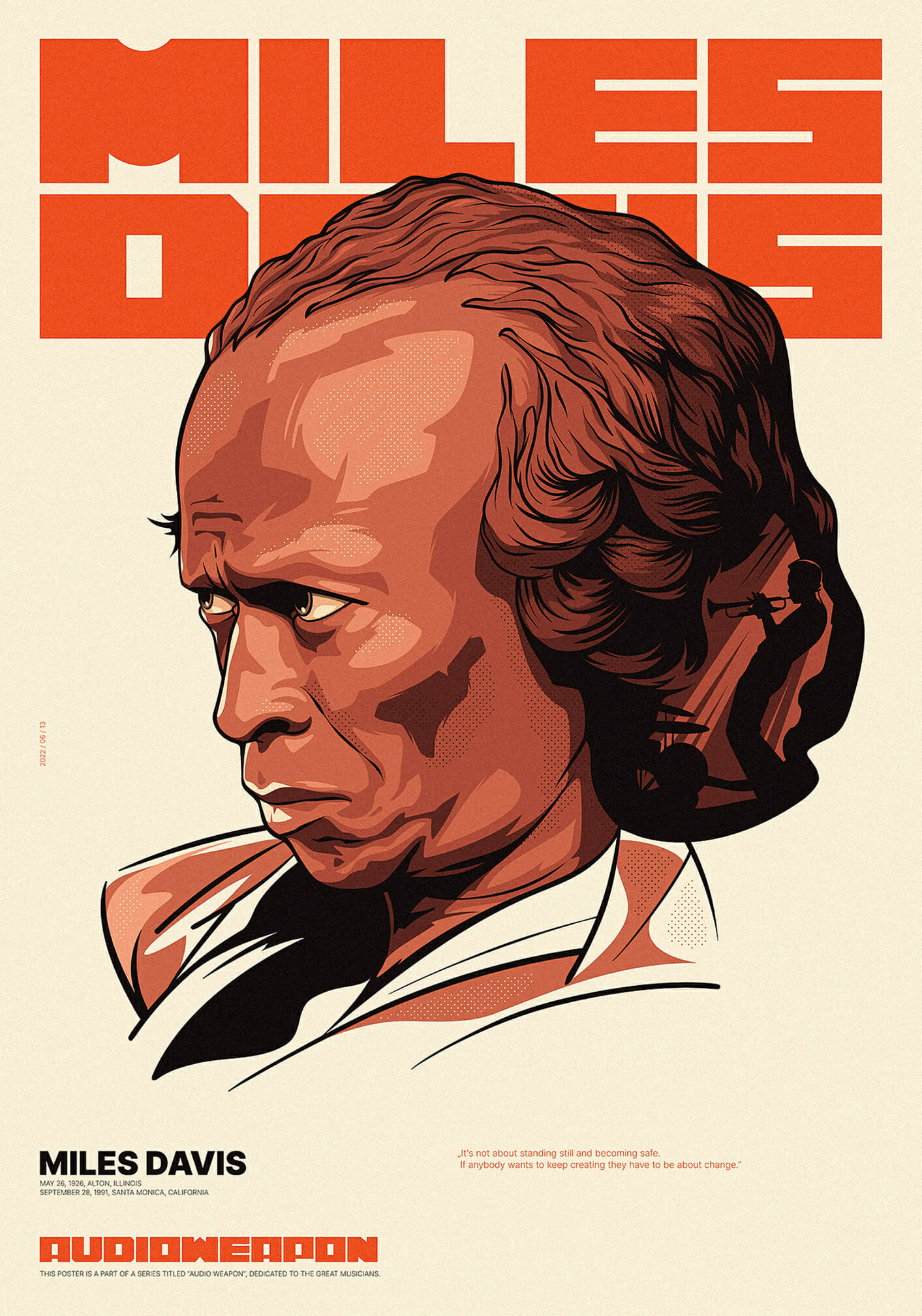 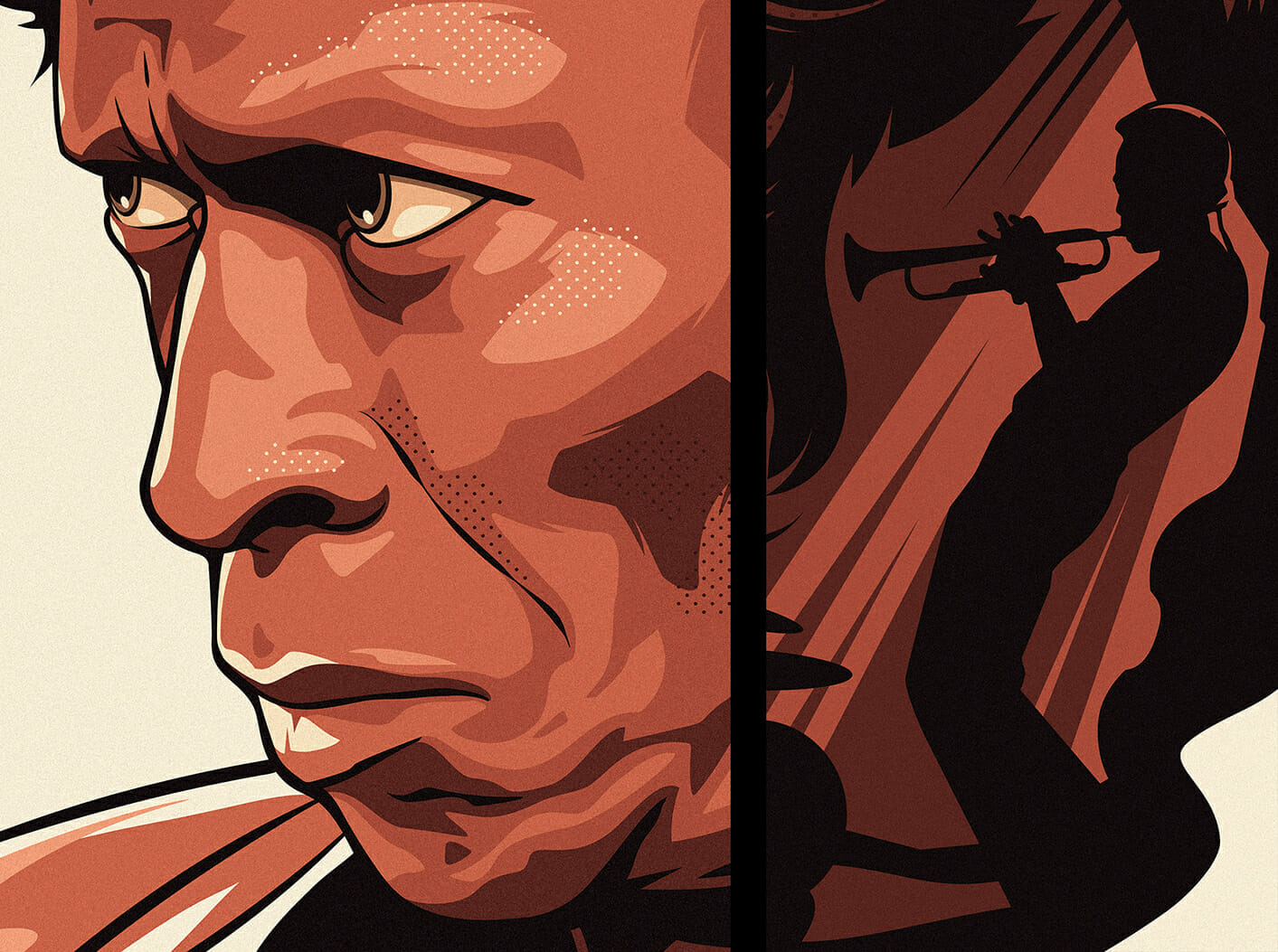 Steps are the following:

1. Sketching of the composition.
2. Deciding the color pallet.
3. Illustrating layer by layer

I heard a lot of appreciation, as well as constructive feedback. All this inspired and helped to elevate my skills.