Incredible and scandalous interior design in the northern Ural city of Russia. Restaurant BELKA, stylish, evergreen, bright and unforgettable. The design was created by the Russian studio ALLARTSDESIGN, headed by the leading designer Artemy Saranin.

From the first second, the guest's eyes are looking for coincidences, combinations, shifting colors and emotions in the eclectic atmosphere of the restaurant. Every angle is saturated with Instaphone. Unlike anything else around, under the rays of the scattered southern sun, visitors find themselves in the space of summer, with a glass of sparkling wine in their hands and fresh sea oysters on the table. After 5 minutes, they become a part of this world, the world of Belka rest.

The restaurant is a rectangle with stained glass at the end and a row of central columns. Visually, designer Artemy Saranin hid the columns, disguising them so much that no one can see the columns in the hall.

The space is divided into a bar story with a chef table, bar table, a communal table with an aquarium, there is a compact stage for DJ parties, a podium landing near the windows, which resembles more the atmosphere of summer under a light ceiling.
The floors are divided into zones, there is also concrete, there is a mosaic, there is a golden glass mosaic created and assembled according to sketches, ceramics and imitation of a wooden floor. 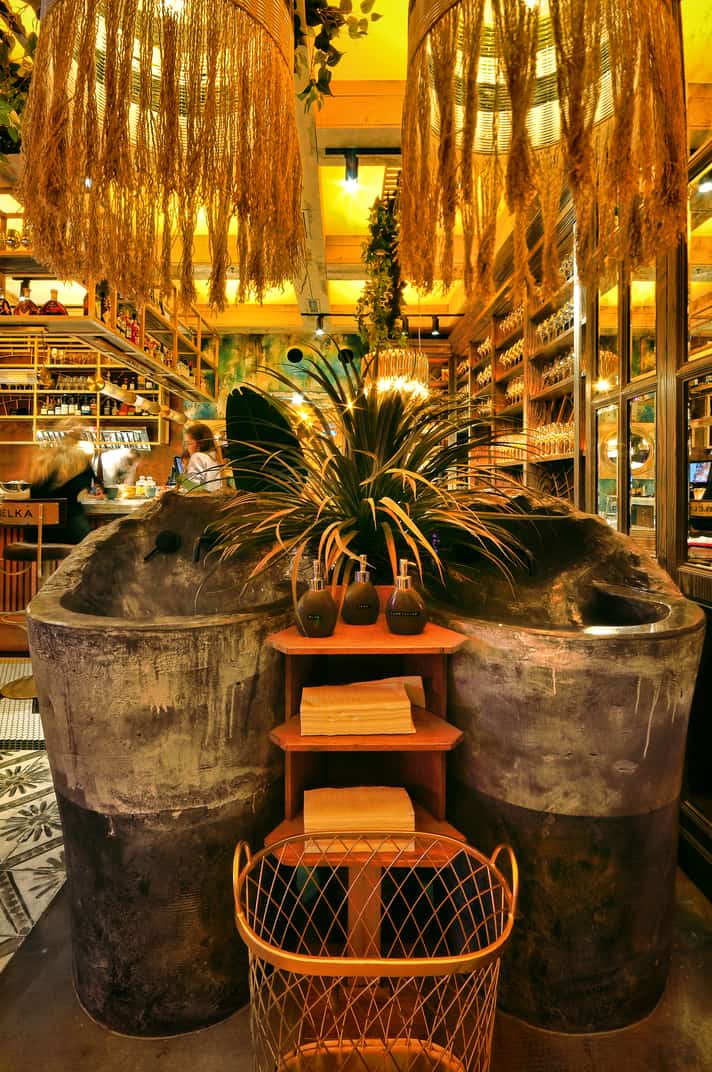 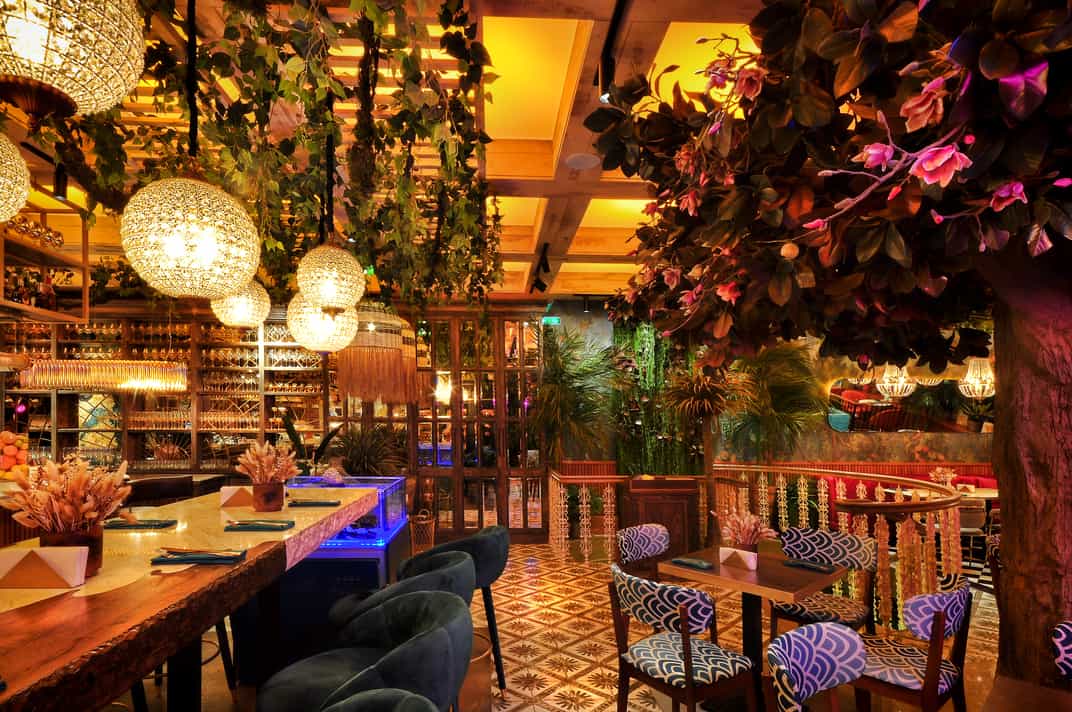 The walls are divided according to themes and images, grunge, natural frescoes, imitation of old walls, immersed in a lot of elaborated details of the artists.
The ceilings have a beam system and a scenic range of lighting, which makes it possible to form general street lighting during the day. But as soon as the evening comes, everything turns into the stage of the color sunset.

Stone sinks, wicker chandeliers, wine cabinets, furniture, many murals and decorations are impliments in the interior.