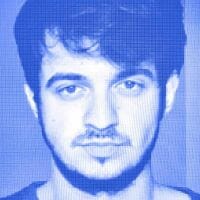 Density. Diversity. A powerful point of attraction is created by concentrating a great amount of people and activities in a relatively small portion of space. Big City is a project that suggests a diverse densification at a not so well developed area of New York City.

The goal of this project was to develop a master plan for a new development in Rockaway Beach.
The concept is to maximize mixed-use in all the possible scales and to radicaly increase the density of the area without loosing urban quality.
The design follows a series of analysis related to natural and social aspects, history, mobility and access. It is meant to integrate the new buildings with the existing ones, and to connect them with the transportation axis, such as the subway A-Line stations, bus lines and bike paths. Most elements of the project were develop to an urban master plan level. The idea is to concentrate density near the A-Line, and to develop the areas near the beach in a smaller scale . It works like a density gradient between the A-Line and the beach.
One of the buildings was developed to the architectural scale. This building plays the most important role of the complex, by acting as a landmark, creating identity, and also by synthesizing the idea of mixed-use: it is composed by housing units, office, hotel rooms, retail stores, parking spots and public areas. Its form is the result of studies of light, shadows, winds, distance from the A-Line, views from the building to the beach and views from the street to the building. It is structured around 3 main core circulations: one for the housing units, one for the office units and one for the hotel. All of them can be accessed by the ground level, which is conceived as a courtyard directly connected to the street. 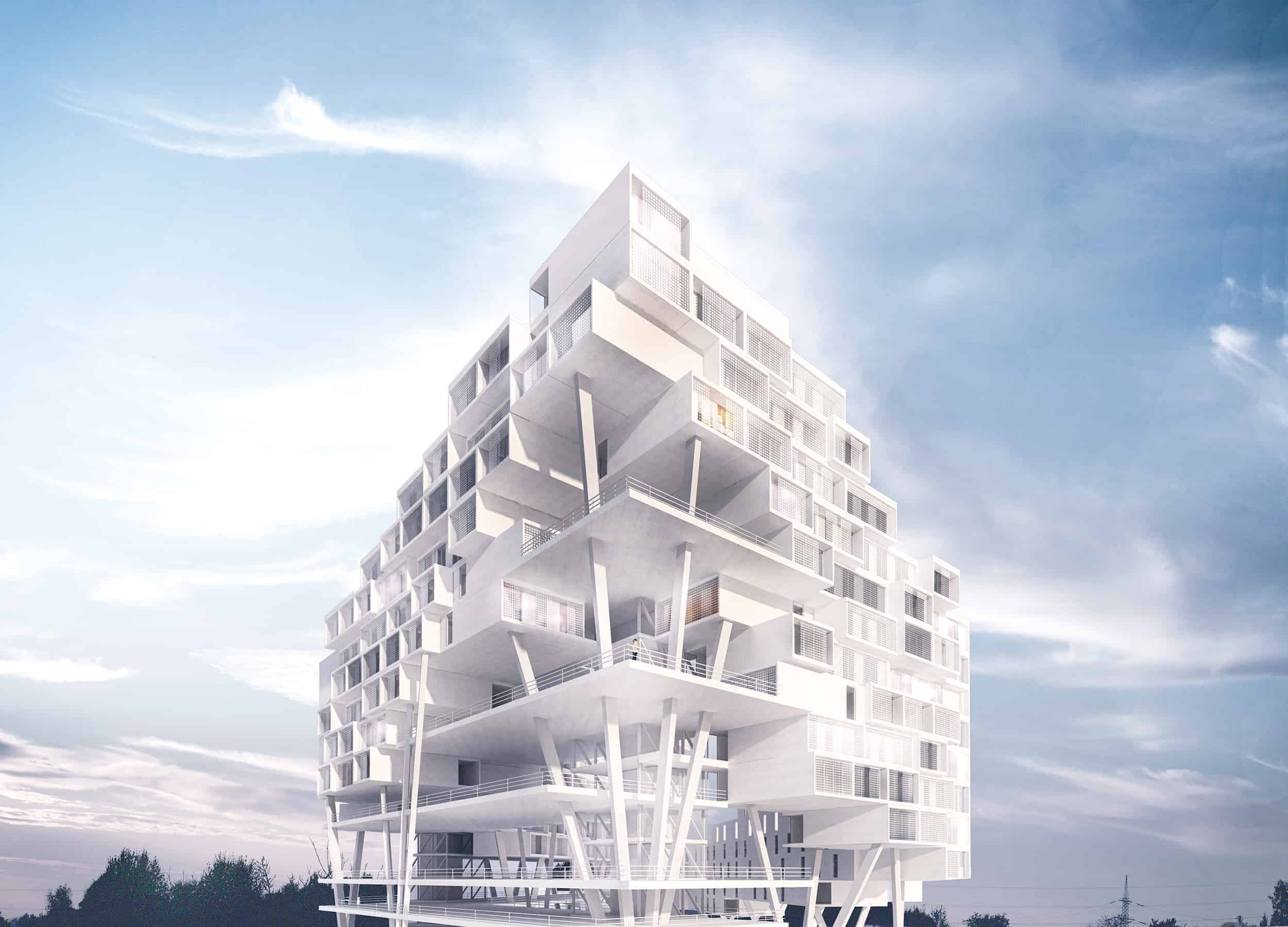 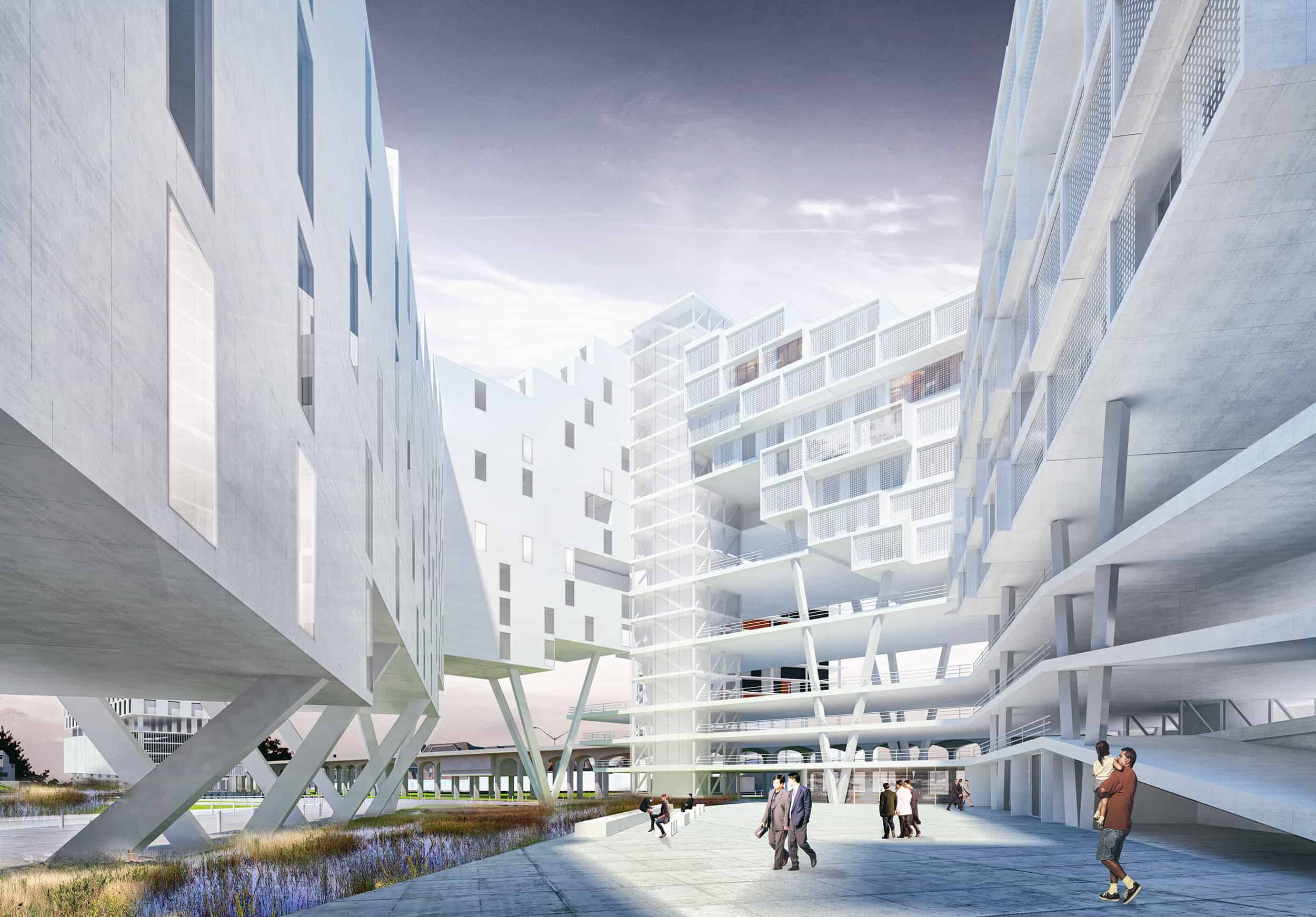 The first step was to develop a deep analysis of the site by using Geographic Information System softwares such as ArcGIS.
The analysis was followed by the design process with sketches, physical models, 2D drawings in AutoCAD and 3D models in Trimble SketchUp.
At the end, the 3D model was rendered by using VRay for 3ds Max. The diagrams were drawn with Adobe Illustrator. All of the drawings have some post production made in Adobe Photoshop. 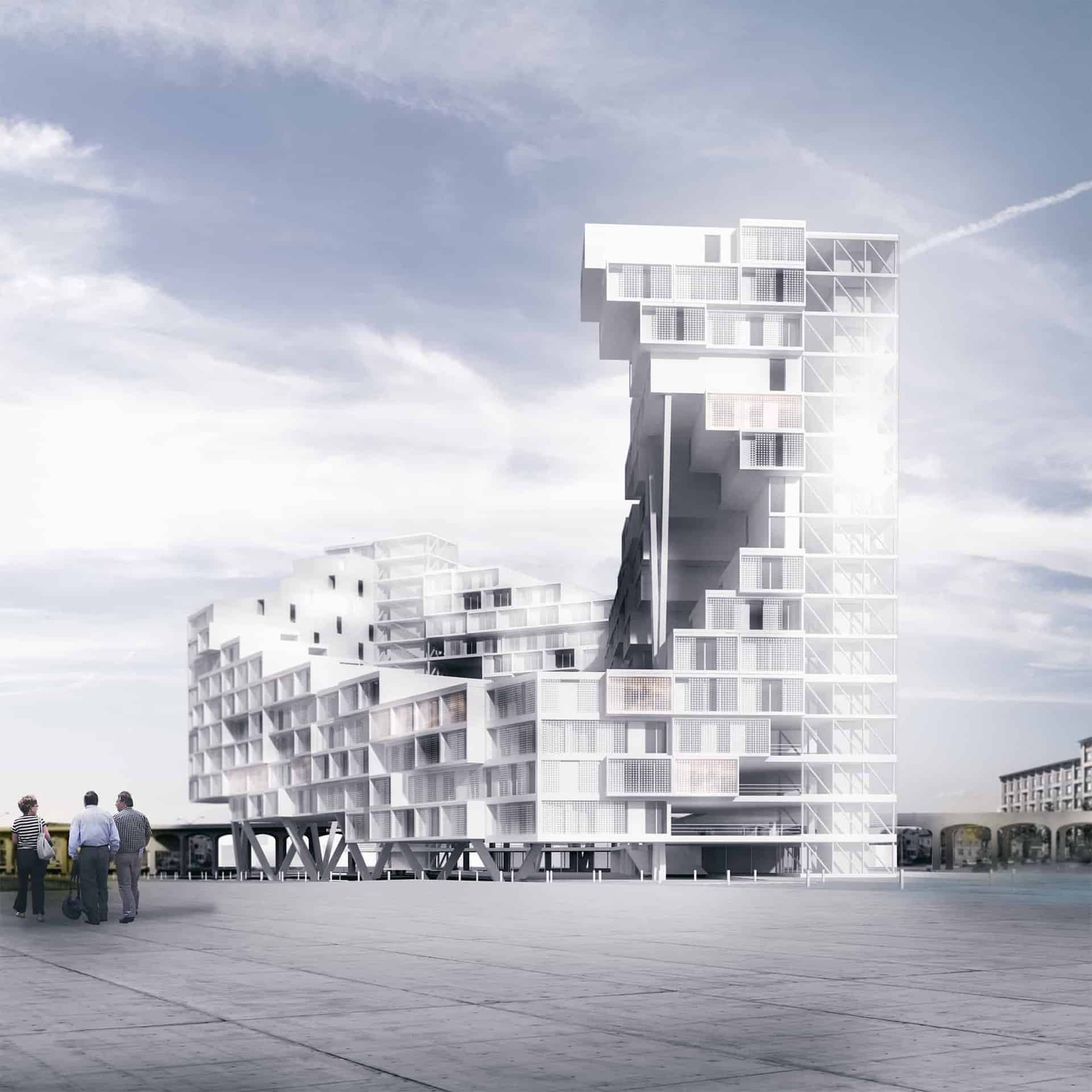 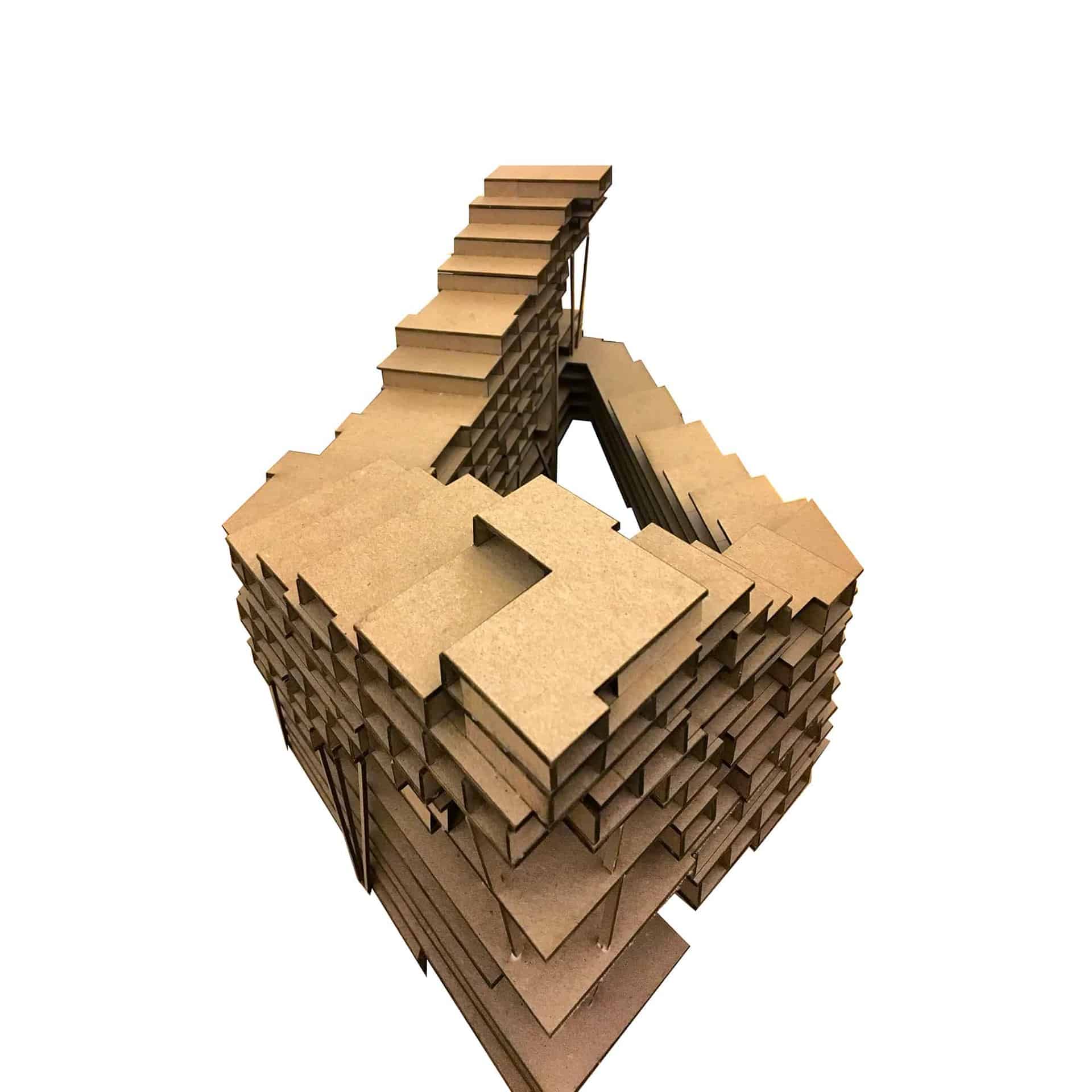 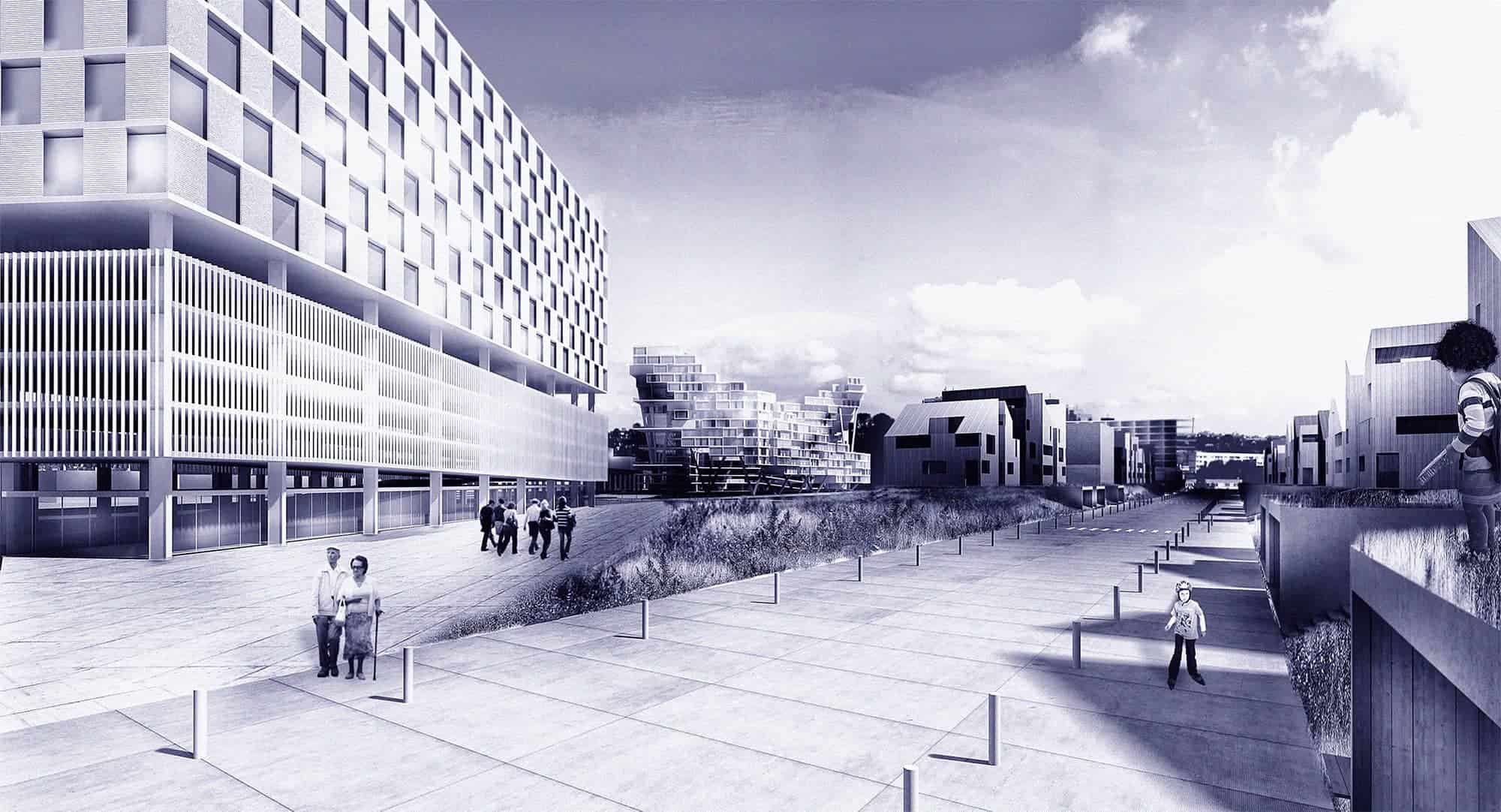 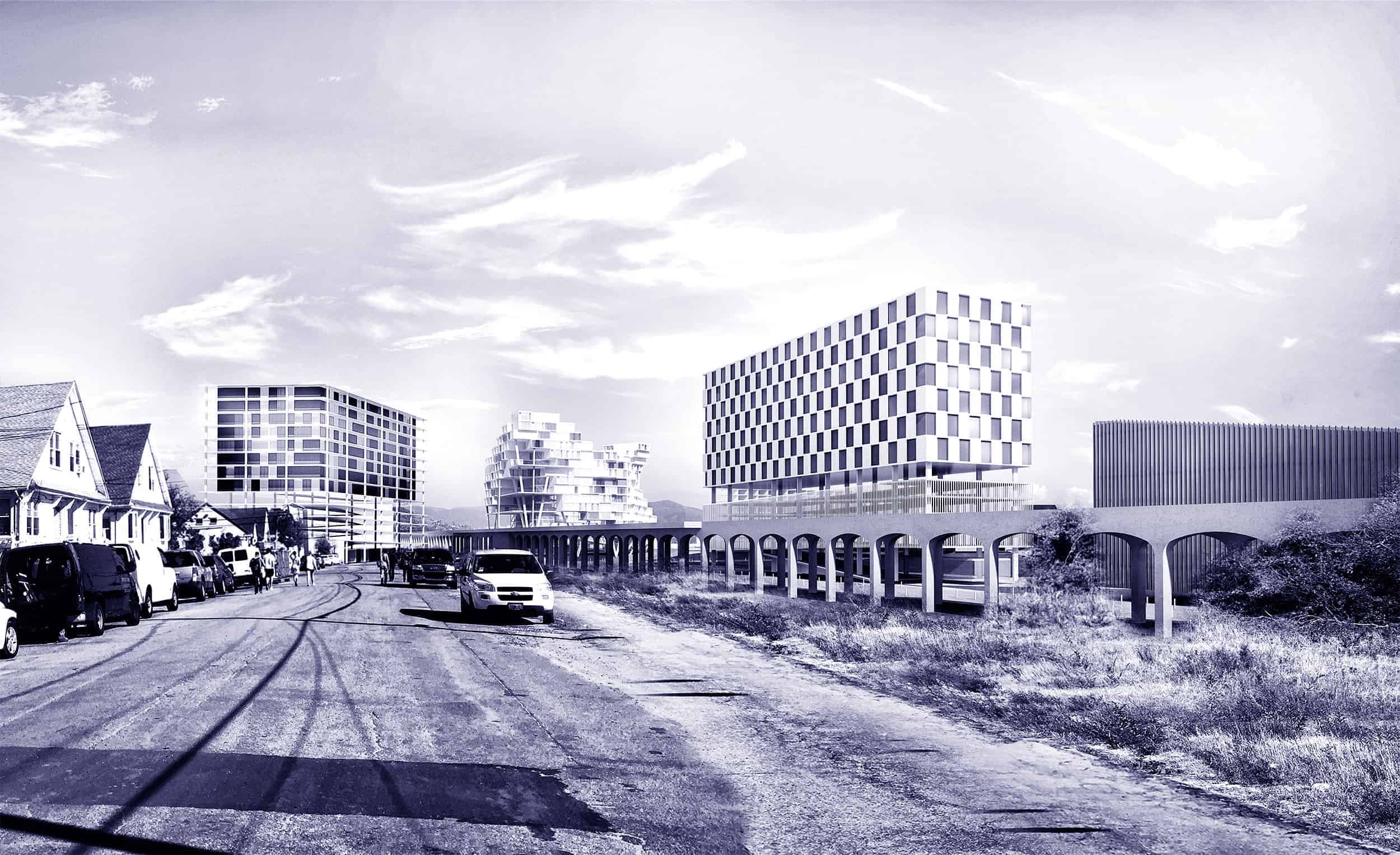 The general response to this project was great. It is important to notice that this kind of project has the ability to make people think and challenge the way we build our cities nowadays. The main message here is that a deep analysis of the problems and conditions of a project combined with a thoughtful design process can lead to better architectural solutions.