In the last couple of years I've been mostly focused on art and exhibitions, so this year I decided to get back in touch with the commercial aspect of illustration, and try to do more commissioned projects and more illustrations that have commercial appeal. So one of the first projects was inspired by the activity of my friends from Interesting Times Bureau, a group of people who organize alternative tours in Bucharest, Romania. All the elements are originally hand-drawn with a marker, scanned, and colored and edited in Photoshop. 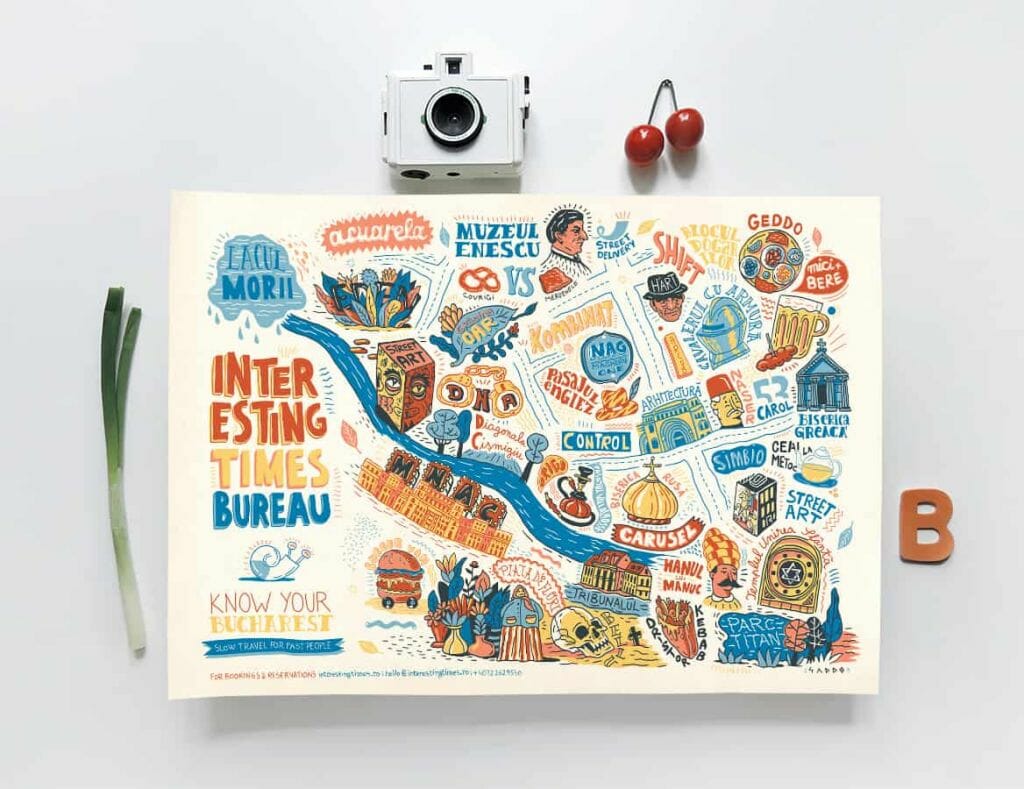 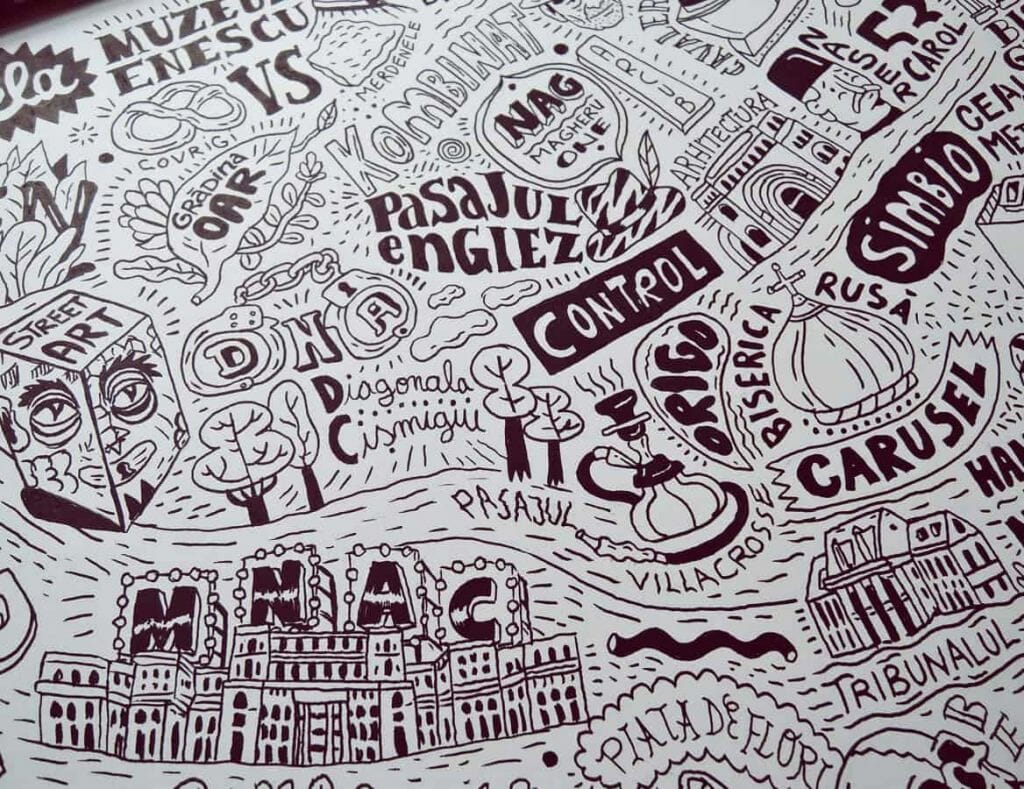 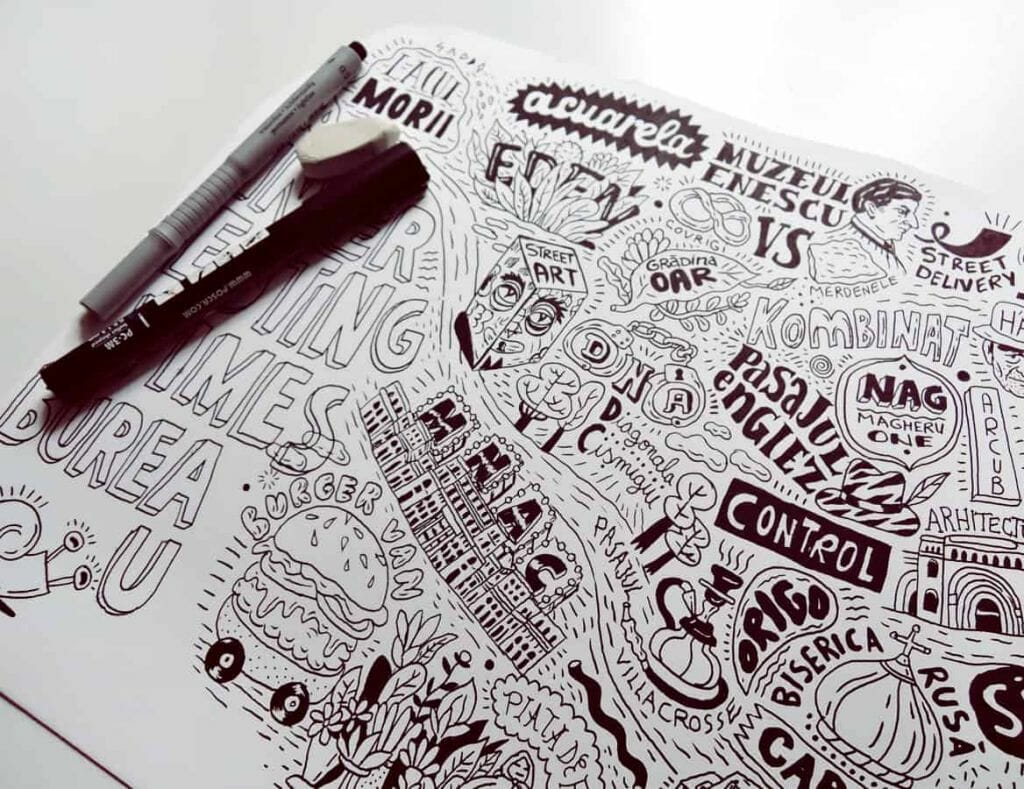 I've been with them in one of their tours, and they showed me some mysterious fun new places that I wouldn't have noticed by myself. So I was really excited and impressed and I proposed to them that I make a map or a series of maps for their tours. It doesn't really work as a proper map, it's based on the idea that these tours seemed like some sort of fun urban adventures, or treasure hunts, that we used to do when we were kids, so this map is more like a make believe map made by kids, and it's supposed to bring a little bit more sense of adventure and excitement. 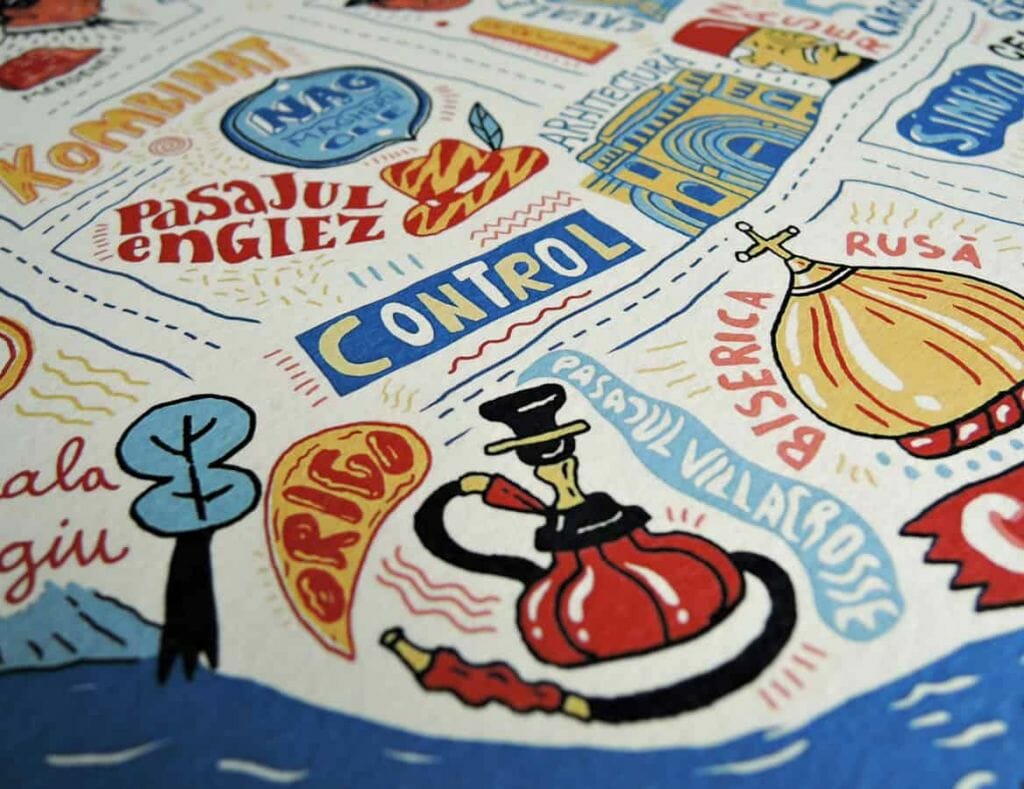 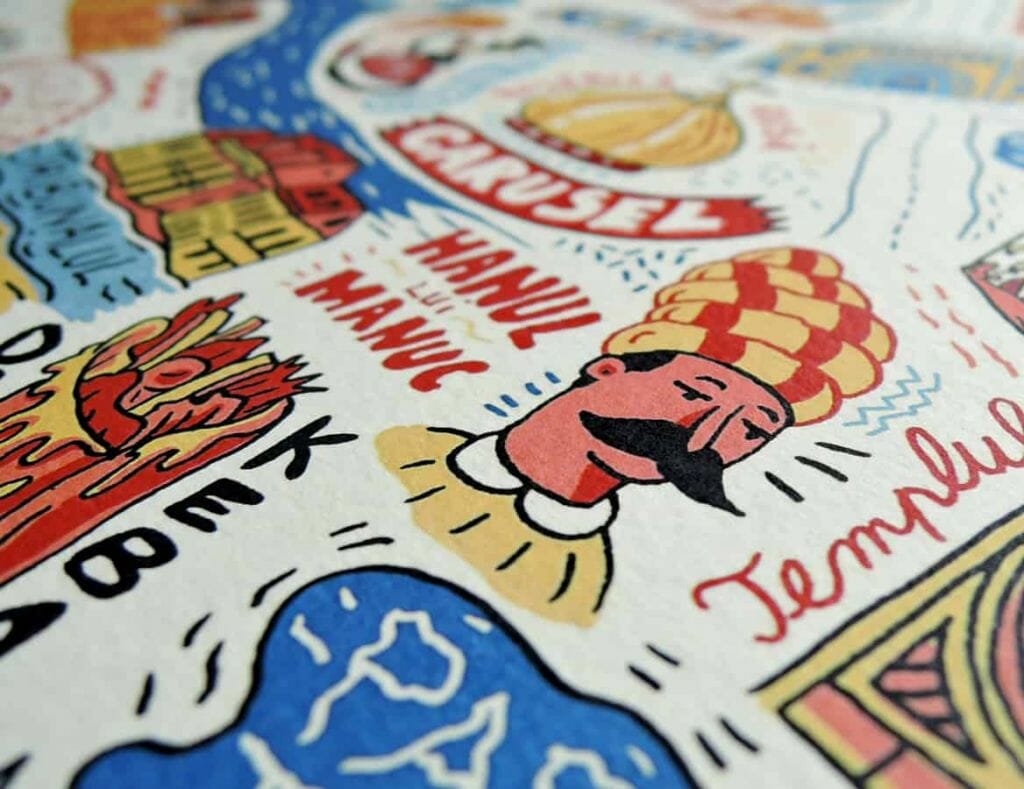 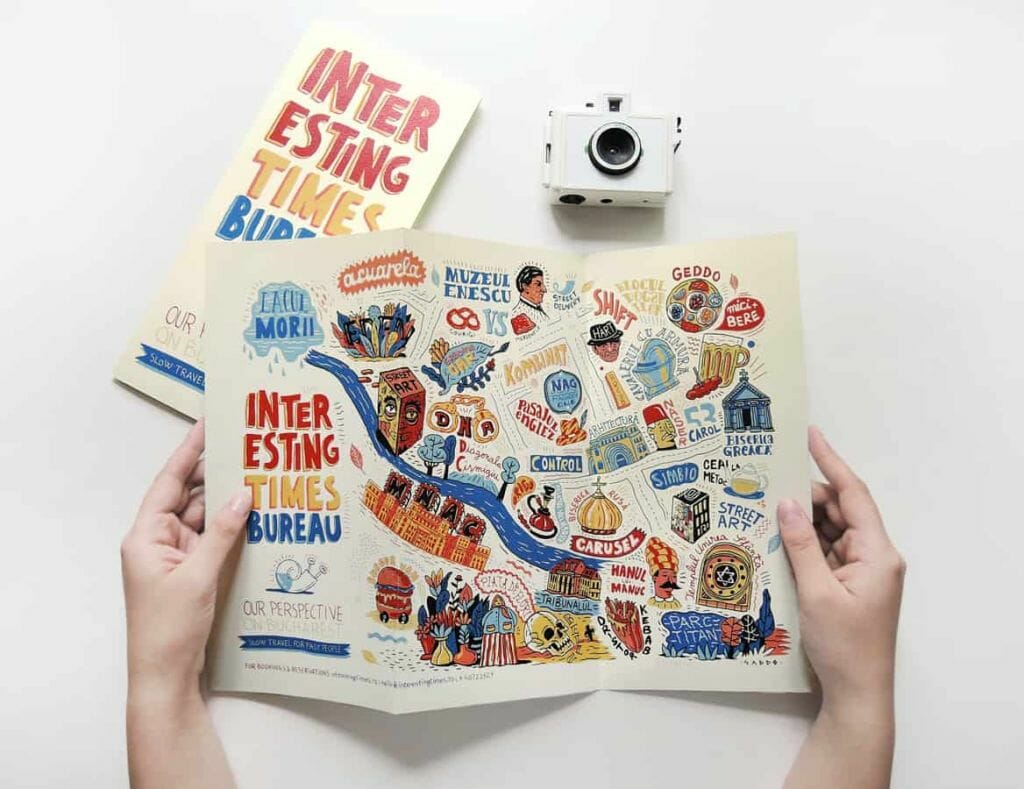 Saddo studied Graphics in Cluj-Napoca, Romania. He started his artistic career as a street artist. Worked in a couple of design studios for a short while then collaborated with many advertising agencies and clients, participated in many group shows, painted a bunch of murals in different countries. Recently he focused more on painting, and had his first solo show last year in a small gallery - Objectos Misturados, in a small town in Portugal - Viana do Castelo. The name of the show is "Rise of the Bird People". His second solo-show was a few months ago at BC Gallery, in Berlin - the name of the show is "A Stranger in the Garden" and it explores the many different ways in which death is personified in myths and religions all over the world.