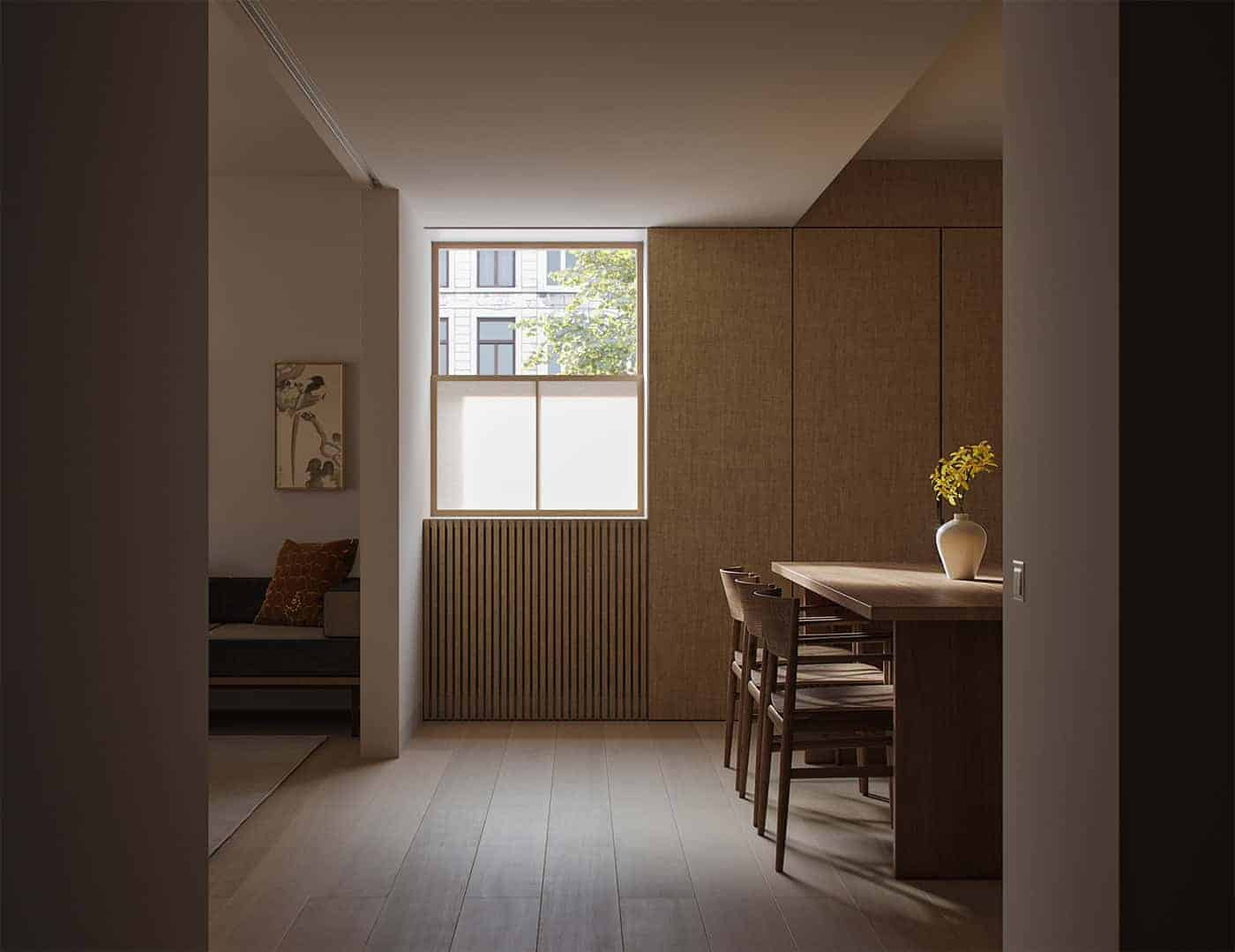 The project consists of a renovation of an apartment in Valencia, Spain. In particular the kitchen, dining room and living room area. Trying to keep the partitions of the rest of the rooms in their current state. The main objectives of the project were: to make the kitchen independent from the living room, and to achieve a certain level of privacy with the buildings in front of the terrace. 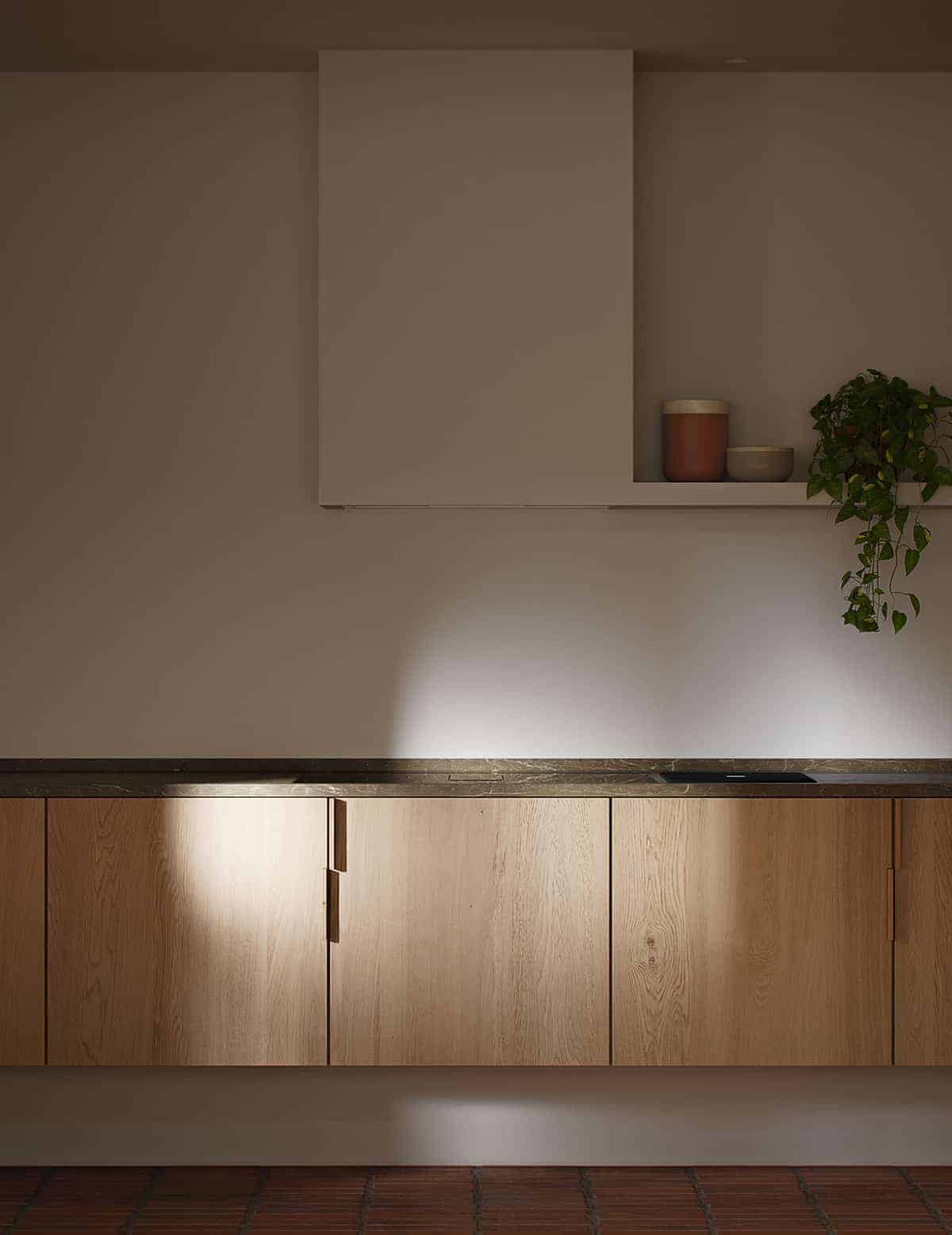 One of the aspects that have marked the character and appearance of the project has been the resolution of privacy in the living-room. In this aspect the inspiration has been the Japanese Shōji, which allows us to have an entrance of light and at the same time, maintain a certain level of privacy in the room. Following with that motive, the rest of the elements of the project have gradually been defined.An example is the division in the form of a sliding door, inspired by the fusuma. Another element that has helped to define the project has been the garden on the terrace, a requirement of the project. Because of this, an attempt has been made to maintain natural materials to resolve the project and to complement it. The entire interior is resolved with wood and fabric and for the exterior is used the clay brick present in the facade of the building. 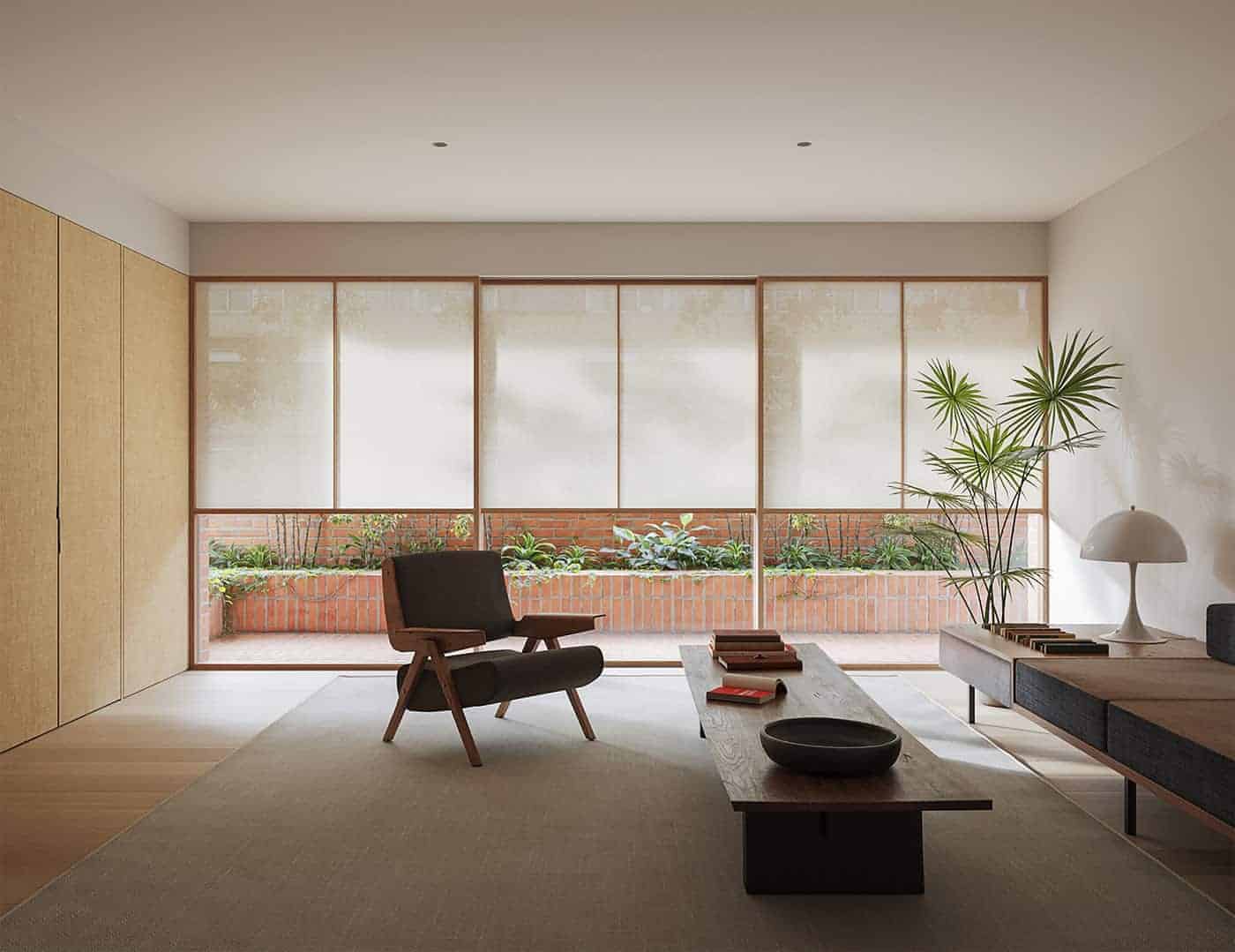 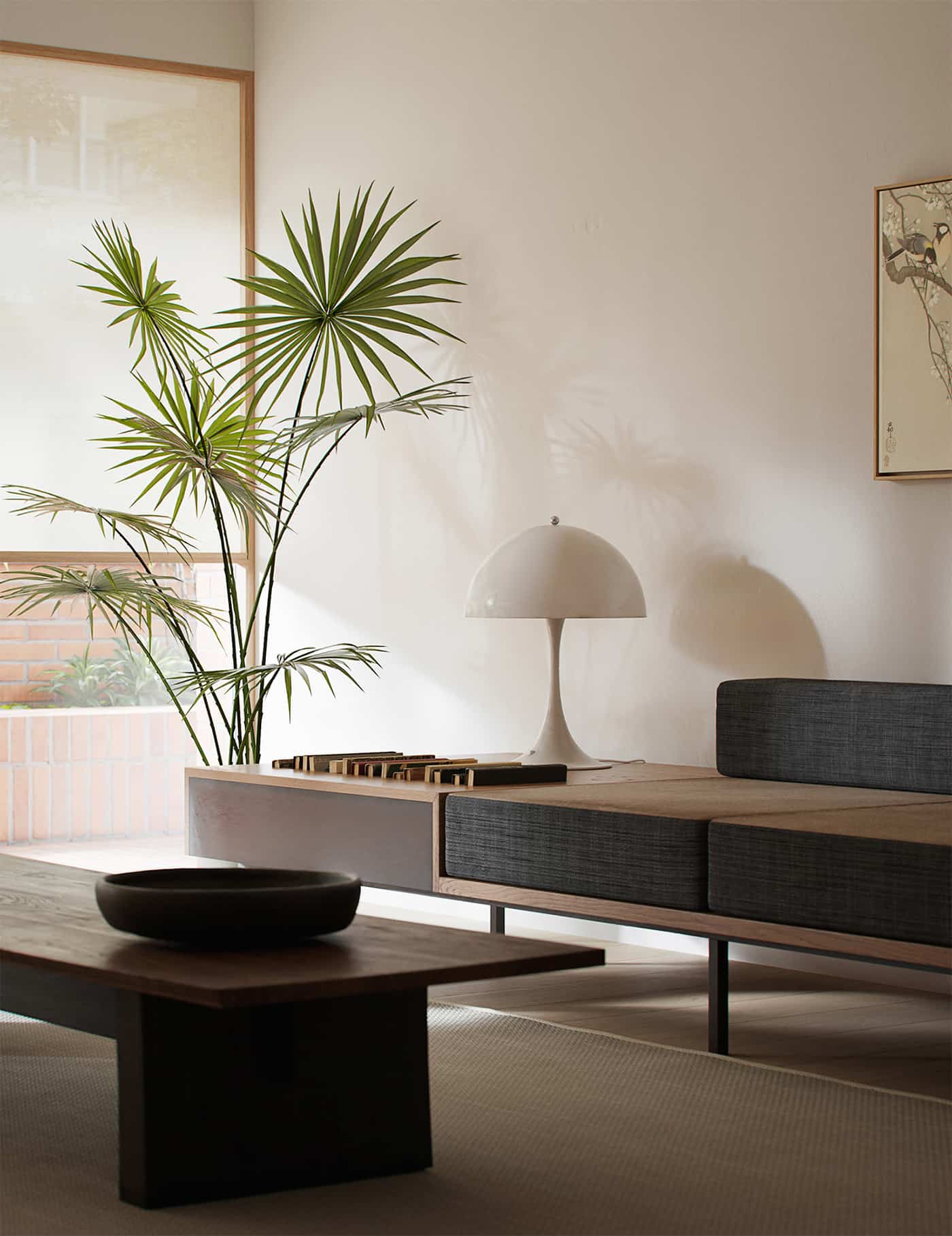 The project is done with 3dsmax and corona render. Using affinity photo for the postproduction.The methodology is quite straightforward, only the use of dabarti capture to scan some materials of fabrics and the vegetation present is worth mentioning. Most of the time dedicated to the project has been invested in the design of the spaces, the choice of furniture, materials and finishes. 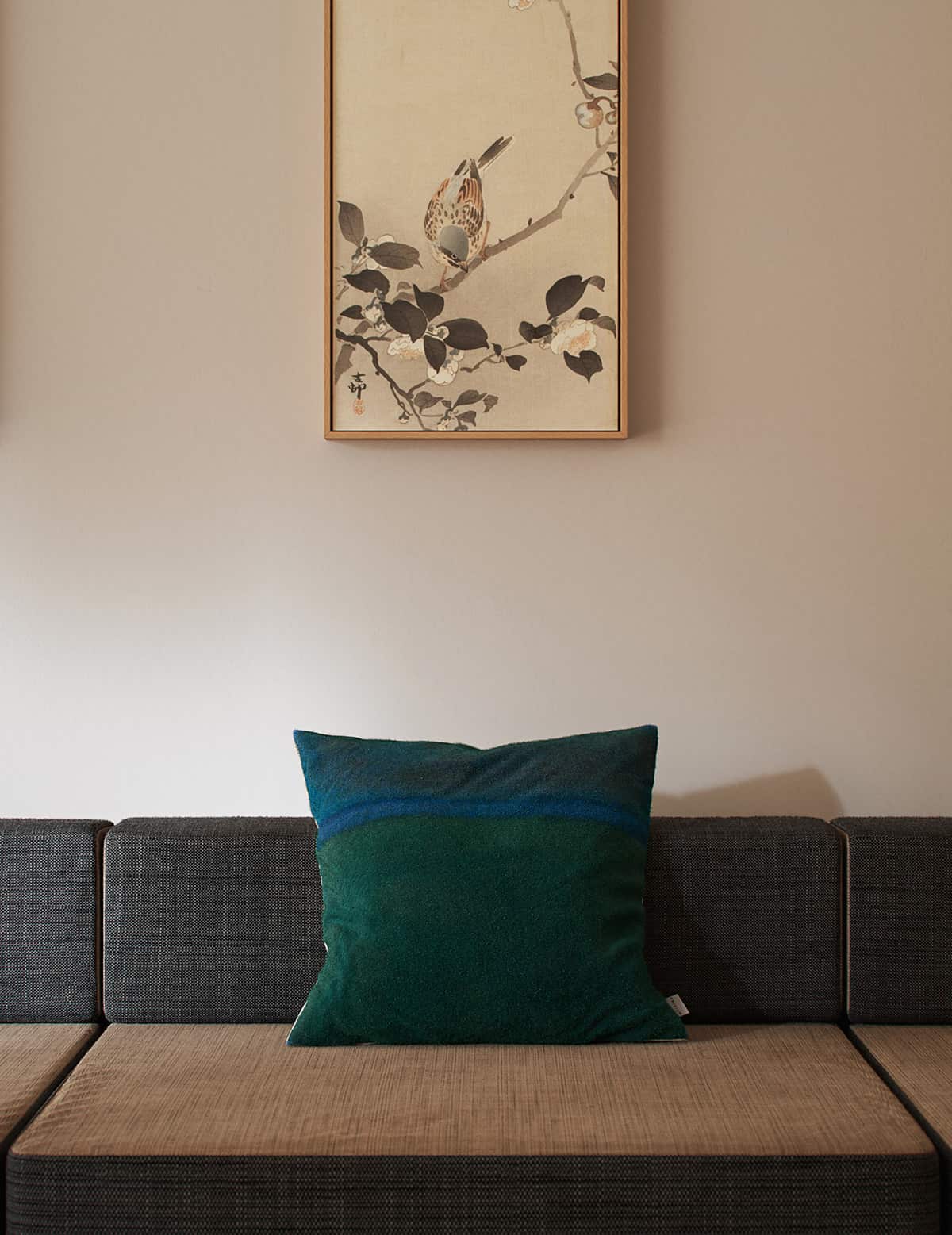 The reception of the project has been very positive and I think it is because in these times people are longing for more intimate spaces where they can relax and get away from the noise of the city and society without having to move away from it. A space that allows you to temporarily relax and stop time.