Closing time was a spontaneous idea I had after walking through the city one evening and seeing a woman in a window cleaning up a display at the end of the day. There was something amazingly mundane but also beautiful about it all. In the way that she became the window display herself, but she was just doing her job and polishing up the glass and surfaces. It was almost like a performance for the people as they passed by, but simultaneously it wasn't. She was beautiful.
-Guy Shield 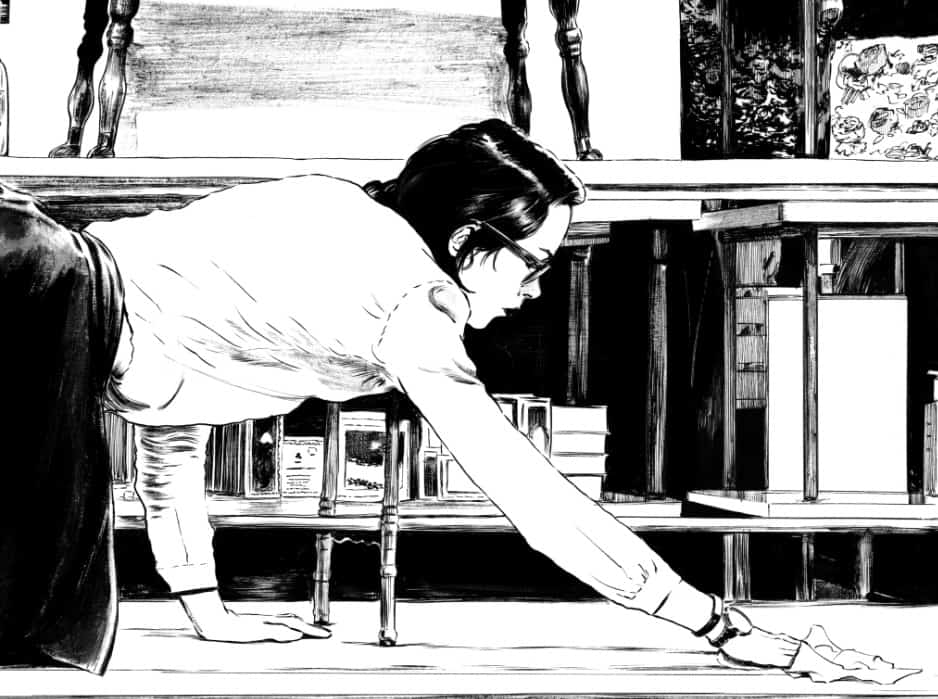 I returned several days later to take reference photos of the display and thought about the best way to tell the story through illustration. I used the reference photos to build a panorama style composition, with people waiting/passing by, reflection material and then thought about how the central figure could occupy that space. From there I sketched out the bare bones of the piece and inked it up over the space of a week. I didn't touch it for about a year and returned recently to bring colour to it.
-Guy Shield

The inspiration was the woman herself, and the space that she filled in that setting, the way she became the central focus for the window without even thinking about it, yet she was simply doing a very mundane job. The value we place on shop windows and what normally inspires us from them isn't typically a real person, it's normally an object or a product, so to see someone doing such a domestic chore in such a glamourised space inspired me.
-Guy Shield 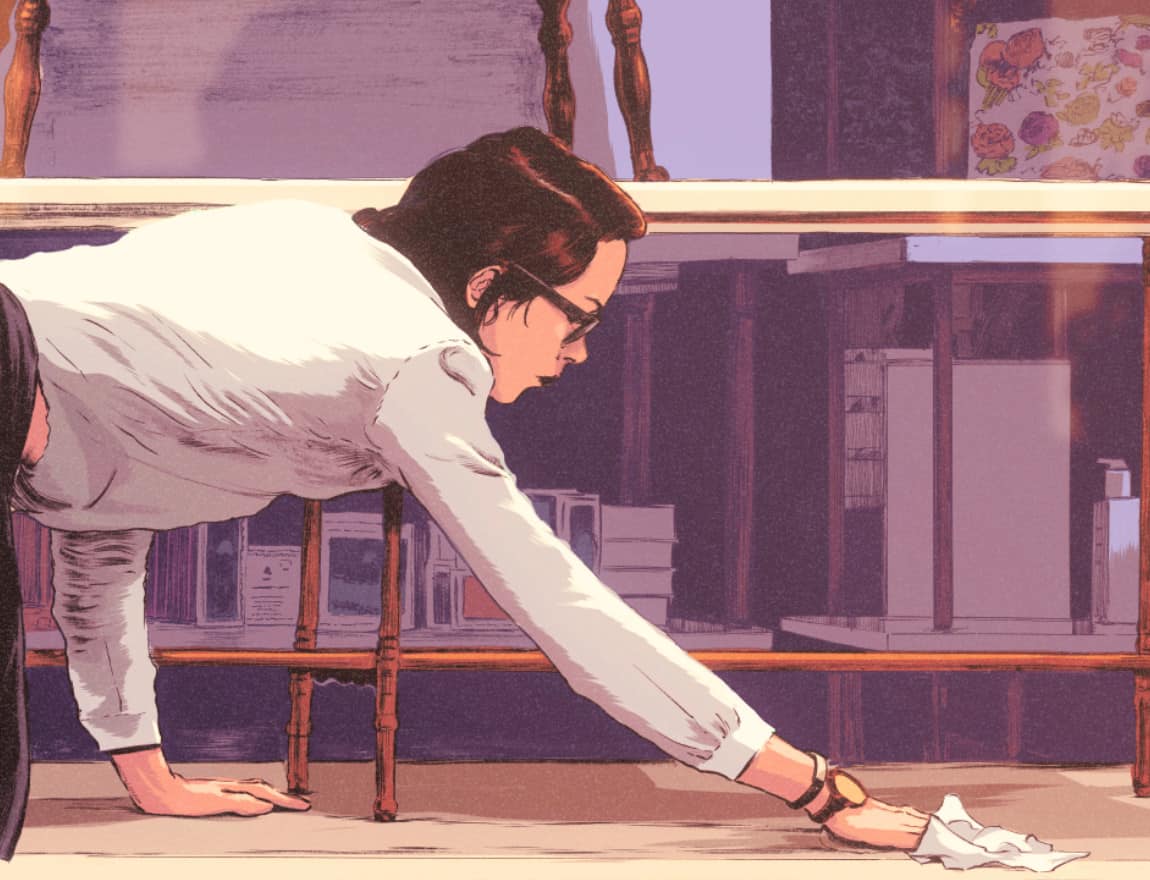 Keep working, keep practicing and never settle on your folio. You should always be looking at what you can do better and striving for it. Know when to finish a piece, but also know when to walk away from it. Drawing is a liberating and cathartic activity, so don't let it stress you out — enjoy every moment and every challenge and you'll get way more out of it.
-Guy Shield

Guy Shield is a freelance illustrator based in Melbourne, Australia. He trained as a graphic designer and worked in publishing for 10 years before going out on his own to draw for a living. He has always loved drawing, ever since he was a kid, and throughout his time as a book and magazine designer, He was always looking for opportunities to get his illustrations published, so it worked really well. He spends most of his days drawing, and wandering around looking for inspiration. See more of his work at Behance or at his website.