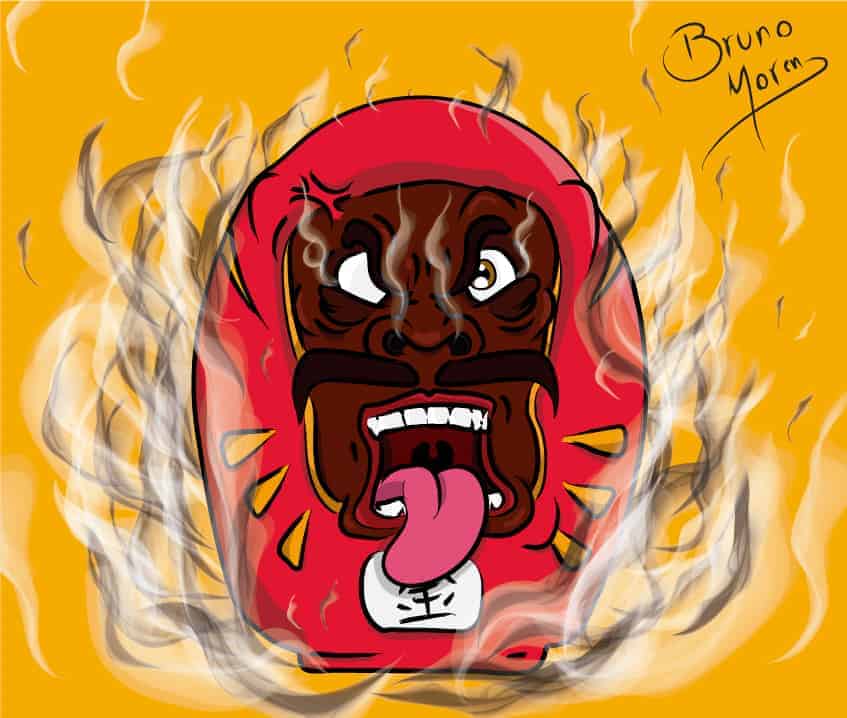 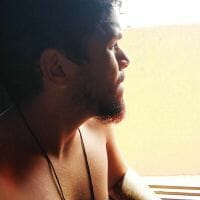 Daruma is a kind of doll used as a talisman that represents Bodhidharma, a monk from India who founded Zen Buddhism in China. It brings good luck and the person who has it is responsible for drawing the eyes on Daruma.
First, you have to draw only one eye and make a wish, when it is done, the second eye can be painted. Then, the puppet is burned so that the kami (spiritist) knows that the request has not been forgotten or that you have given it up.

I'm a "Daruma person", every year I make a wish to Daruma, I have two dolls and one tattoo (none of them has the second eye painted) and this year I tought making one different, so I draw the puppet and made other wish while painted his eye. But I imagined that my wish is already becoming true, so I already made him catching on fire. And also, this is the very first Daruma with black skin (at least I've never seen one before), I tought it was important to make one like that, specially nowadays, with so much bad thing happening to black people in Brazil, the country that I live, and other countries around the world. I hope this illustration brings luck not only for me, but to every person, no matter the color of the skin. 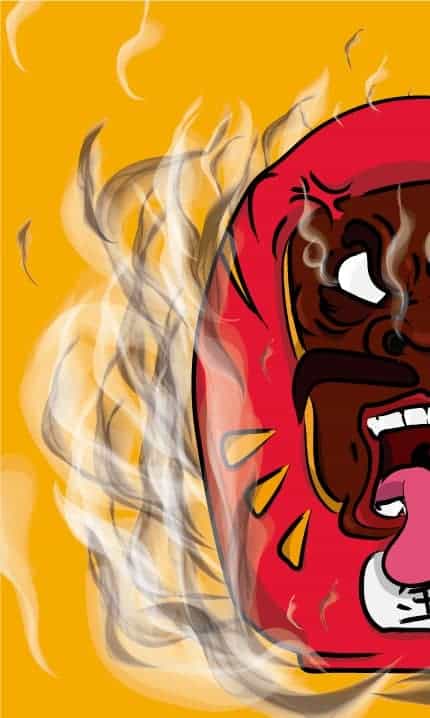 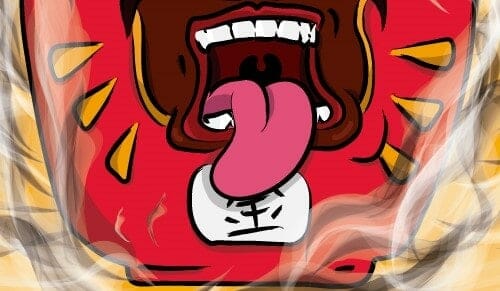 I used my Wacom Bamboo Intuos, a table that you use with a digital pen, and everything you draw on it, appears on the notebook's screen, and Illustrator, an awesome Adobe software. That's it! I hope you liked it, and that it brings inspiration to all. 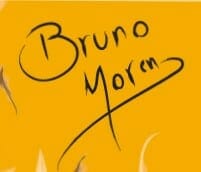 It's to soon to tell the people's opinion, but my opinion is that it's a great and unique project, I tought the idea is awesome (but that's obvious when comes from the person who did it) and the drawing is not exactly the way I imagined, but nothing in life is, that's why everything in our minds is perfect, or ideal.