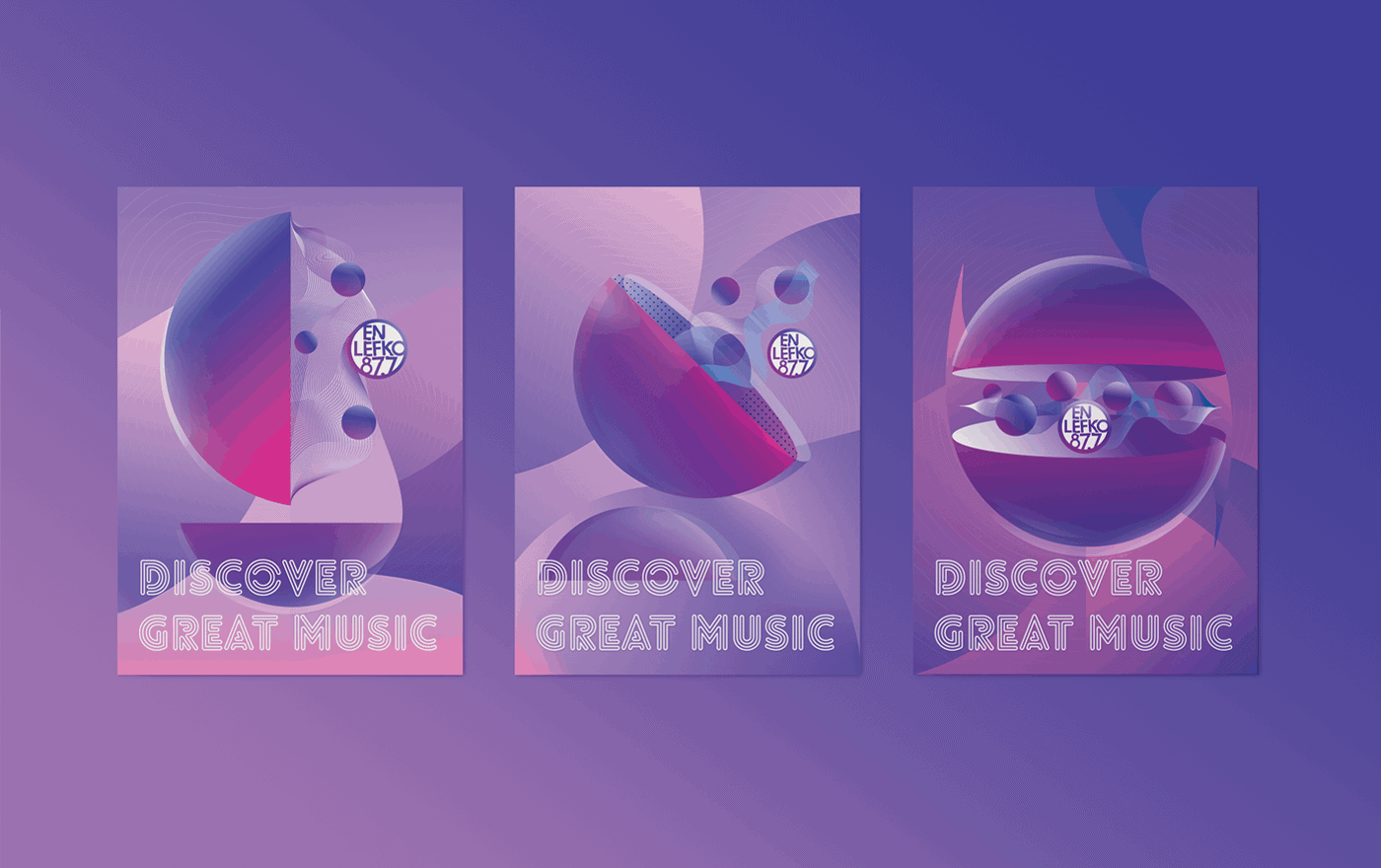 En Lefko 87.7 is one of the leading and most influential radio stations around Greece. It is known for its sound diversity, spanning from jazz and funk classics to modern electronica and indie. I had the pleasure to design En Lefko’s recent ad campaign, which eventually led to the station’s rebranding. The visual concept was inspired by the campaign’s tagline “Discover Great Music”.

A series of space-inspired illustrations, linking back to the ideas of discovery and exploration of new musical universes, were created for this purpose. A spaceship, a radar, and a beating, exploding planet became the main ambassadors of this musical discovery project. Transpiring the key visuals and the overall atmosphere of the project is the electric feeling nested in the essence of the exploration of an unfamiliar and high-tensed world.

I used Adobe Illustrator and Adobe Photoshop mainly, but started with rough sketches on paper. I knew I wanted to achieve that space inspired Illustration look. So, by experimenting with various combinations of basic shapes in Illustrator I ended up with a set of “discovery” objects that seemed to work well together.

En Lefko is a station full of energy and musical diversity, so I wanted to express that through the colour palette. I chose to work with vibrant gradients, that blend in an organic way with the basic shapes and the sound-waves used in the artworks. In the end I used just a bit of Photoshop to add some lightning and shadow details and that was pretty much the whole process.

The biggest thing for me was the fact that it started as an illustration series and it ended up to the rebranding of one of my favourites radio stations. I was glad to receive such great feedback from the client as well as the community in which the visuals communicated to. I learned a lot through the experimental process before coming up with the final version. Overall I would say that the project helped me gain just a bit more confidence in my Illustrating skills.