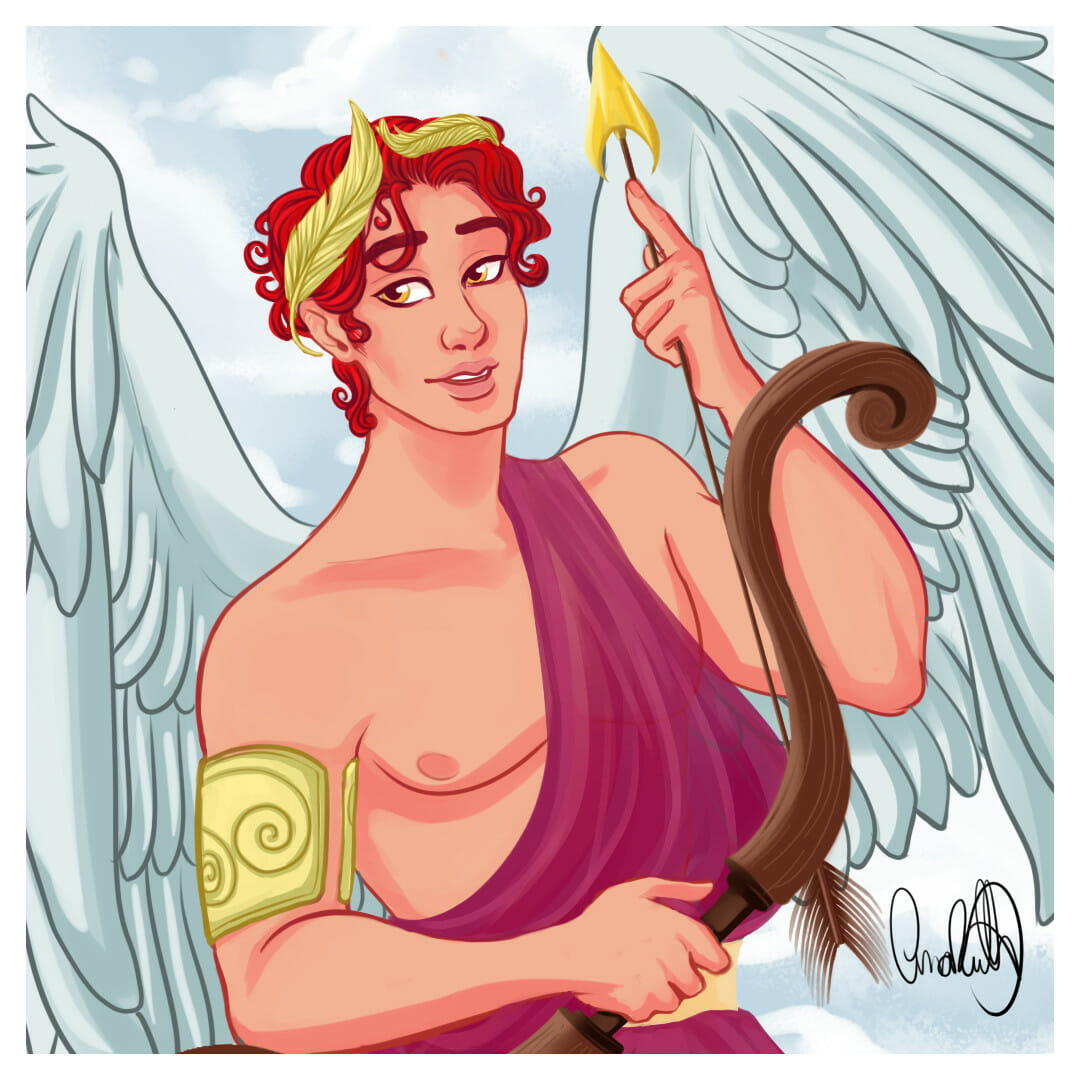 This project has the process of a digital illustration from the god of love and eroticism, Eros or mostly known as Cupid of Greek mythology. Having as reference sculptures, paintings and stories I have heard. It was a project to challenge myself especially on trying to draw wings and a planned scenario although simple. 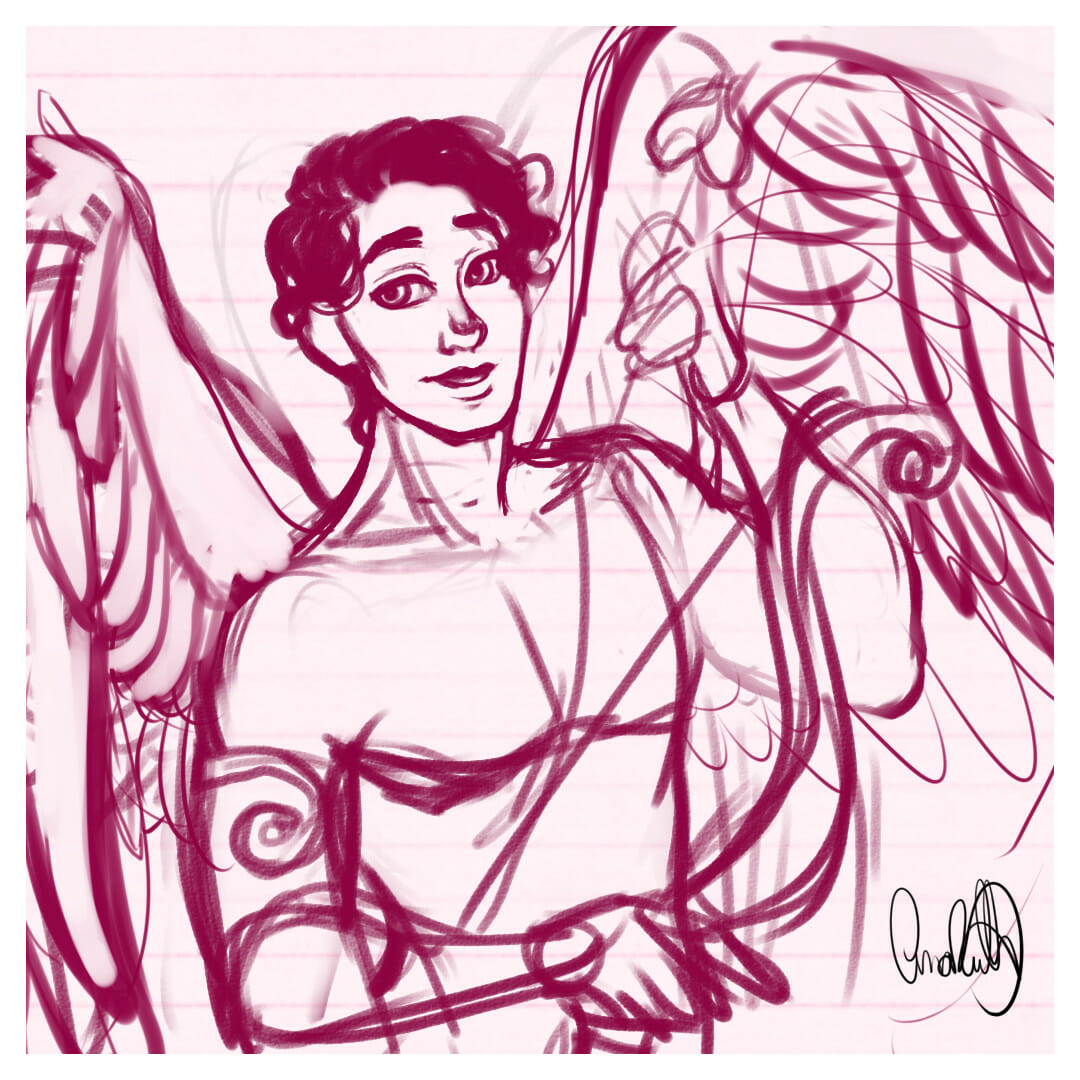 Watching and listening to stories from the gods of Greek mythology got me inspired and I really liked the story of Eros and his lover, Psyche. I haven't made my version yet of a god of Greek mythology so I wanted to illustrate him. The color choice was to bring seduction and love, soft but still defiant. 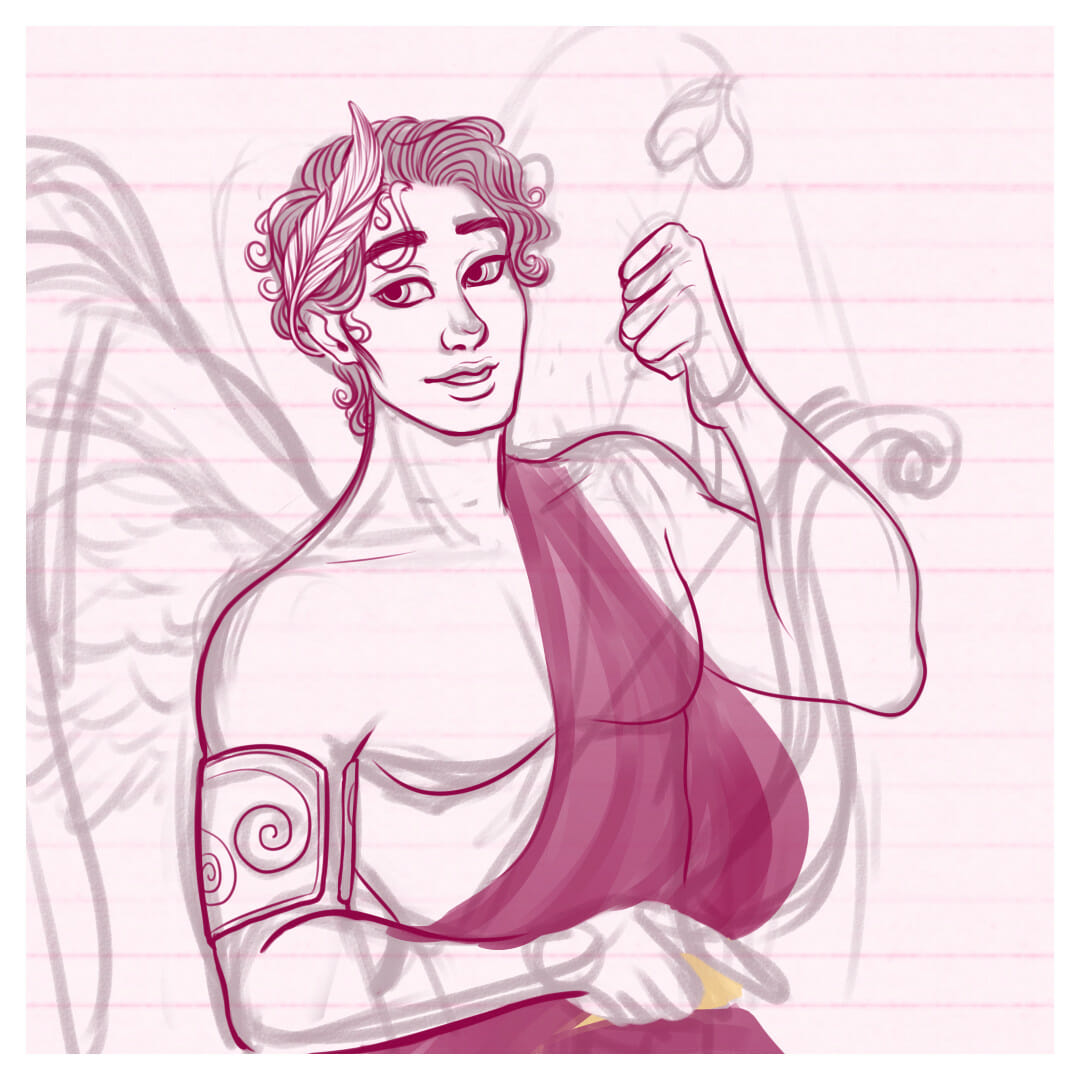 I use Paint Tool Sai to make all the process of the illustration.
First I did some sketches with the general idea and in some texture that resembled a comum paper. After a few tests and with the pose defined I did a research of references from the supposed personality and physiognomy of Eros.
I wanted to have at least some tones of red or something deeper to represent love and passion starting from the sketches. After refining more of the body I did the sketch of the wings separated and when I was pleased by the result I did the lineart of them first and finally all the characters.
For the coloring I applied the basic colors all over the illustration and painted the background before doing the wings so there isn't much difference between the colors and the feathers.
To finish I applied some small lights on points that draw more attention, such as the arrow, the eyes, the hair, and the feathers. I had some good reactions! I'm quite new in the area of illustration but every interaction makes me happy while I am still progressing. I learned the power of good research, how a meaning behind your illustration makes everything suit better and improved my understanding of layers.

Thank you for your attention! If you want to see more project of illustrations like this check my Behance https://www.behance.net/drawingandme.