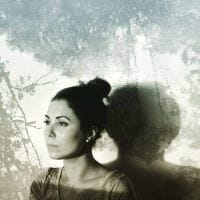 The protagonist of the project is the astrologer Lu Gaitán. Through my photographs I wanted to represent the elements of nature, because that's what Lu inspires me: water, earth, air and fire. I feel that each photo is a universe itself and has an atmosphere of mystery, with something that is shown and something that is hidden. Then I dicovered Ether, also known as the fifth element of nature.

I wanted to represent the elements of nature, because that's what Lu inspires me. Therefore the costumes refers to the color of each element and the chosen scenery was nature.
Although little known, the Ether is the fifth element of nature. In ancient times, it was a hypothetical substance that occupied all spaces as a fluid. In the Occult Sciences, the ether attracts and favors magical thinking and everything related to spirituality and mysticism. It was the fifth essence or fifth level of vibration. Ether was the soul of the world and all life emanated from it.

I used a Nikon camera, and Photoshop.
The first step for this project was to think on how to represent Lu. Then I came with the idea of the elements of Nature so we gathered for a creative meeting with Lu and Jessica, the custome designer to plan. After some scouting we found this place full of flowers, trees and plants and we knew it was it.
We made the shooting in one day but the retouching took many days. The selection of the pictures was the most difficult part of the project, because there was a lot to choose from.

I received very nice comments about the project.
I learned that sometimes the spirit and the title of a project can come after thinking or making the photos. The instance of postproduction (selection and retouching) is as important as the shooting itself.

DASHI EGG SAND by WTNB coffee & studio in the HOUSE