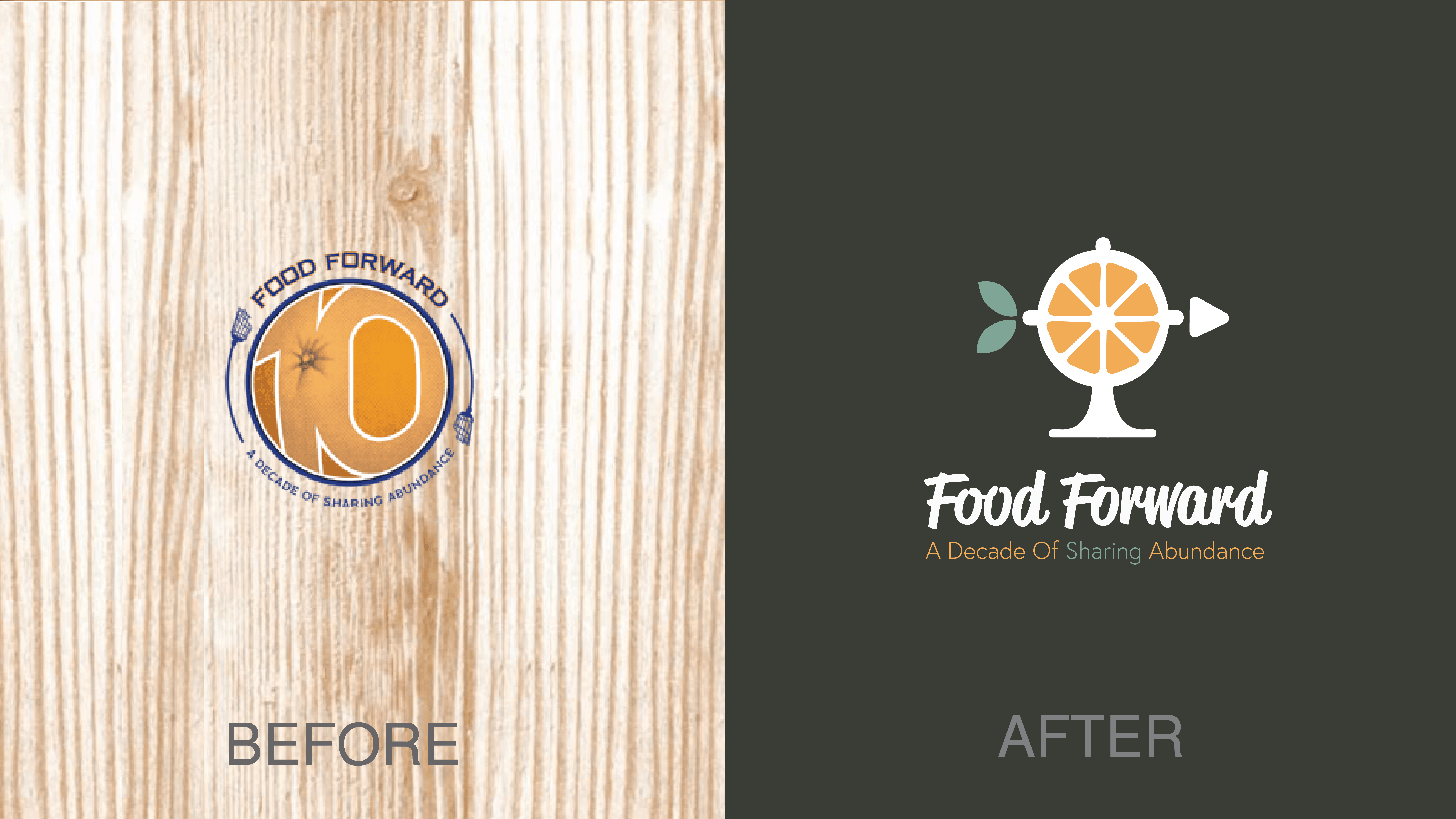 Food Forward recovers fresh produce that would otherwise go to waste and donates those fruits & veggies to individuals in SoCal experiencing food insecurity. Food Forward staff and volunteers rescue over 375,000 pounds of surplus produce each week from fruit trees, farmers markets and the Los Angeles Wholesale Produce Market.100% of these fresh fruits and vegetables are donated to over 1,800 hunger relief agencies across 8 counties in Southern California. 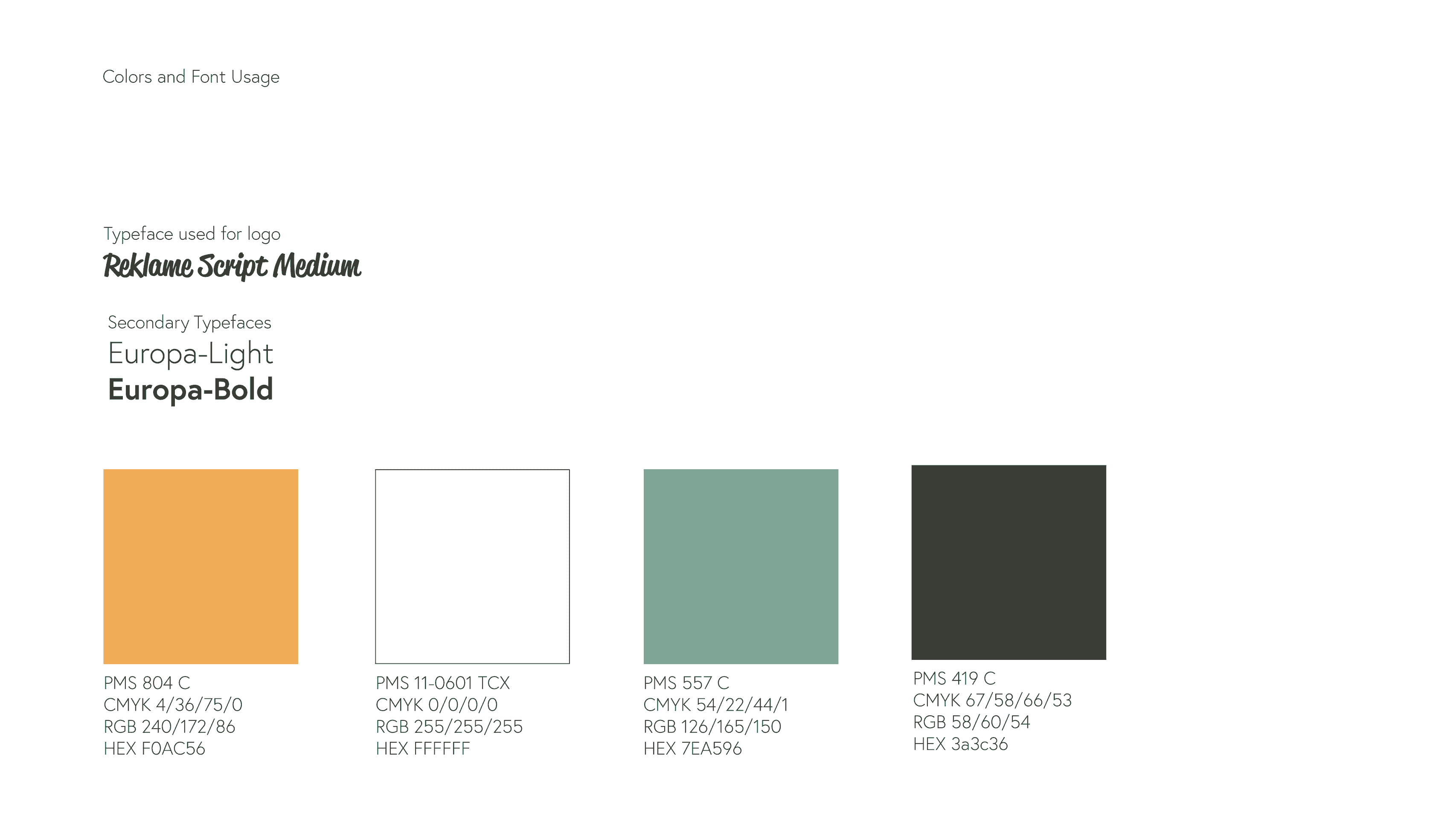 I began by sketching logos and then using Adobe Capture and importing these logos into my Creative Cloud Libraries. I then went into Adobe Illustrator to vectorize this logo. I brought that logo and the variations into Indesign to lay it out with colors, typography and mood board in an overall brand guide. Then I used Adobe Photoshop and Dimensions to create mockups that helped show the identity system in use. 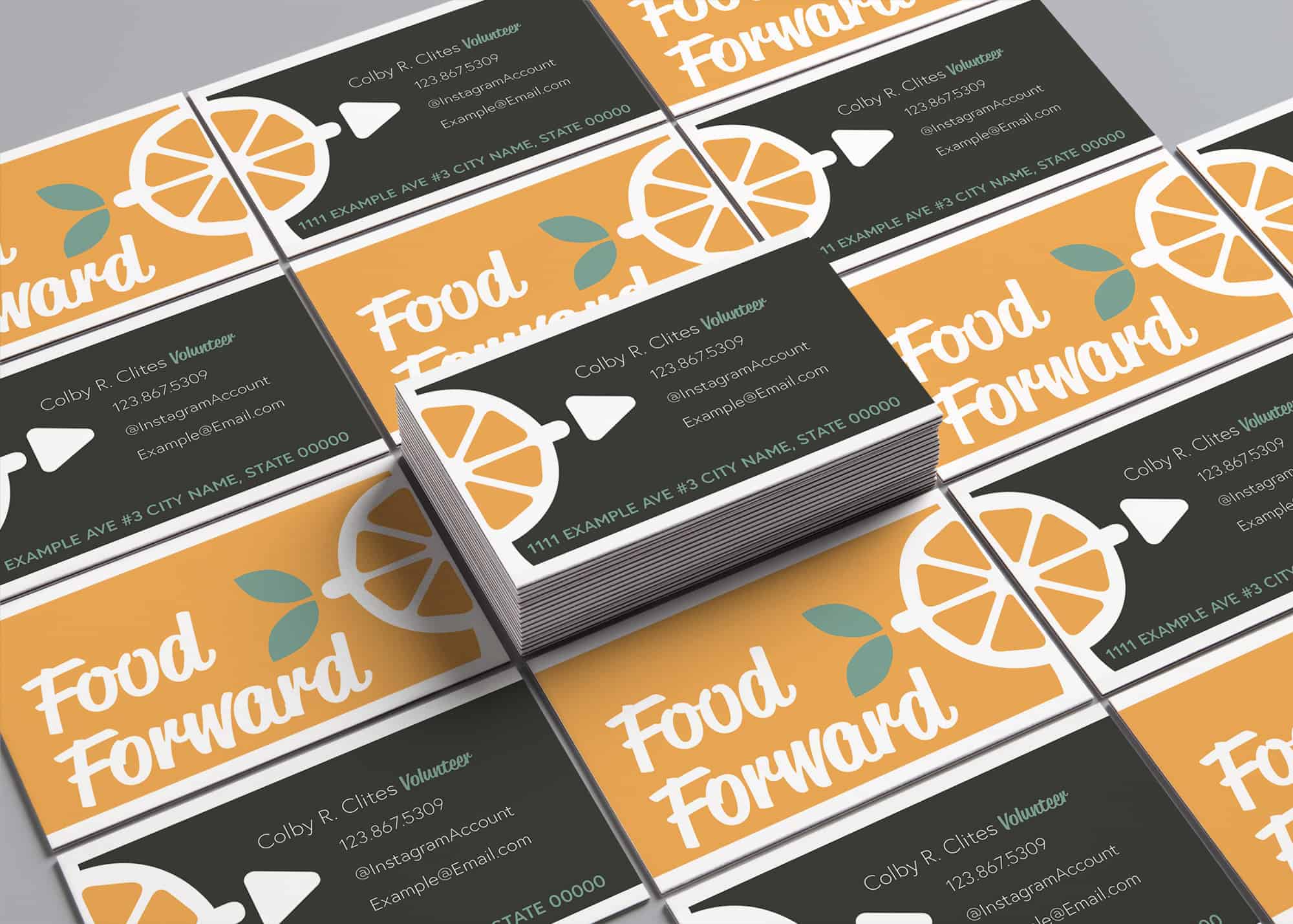 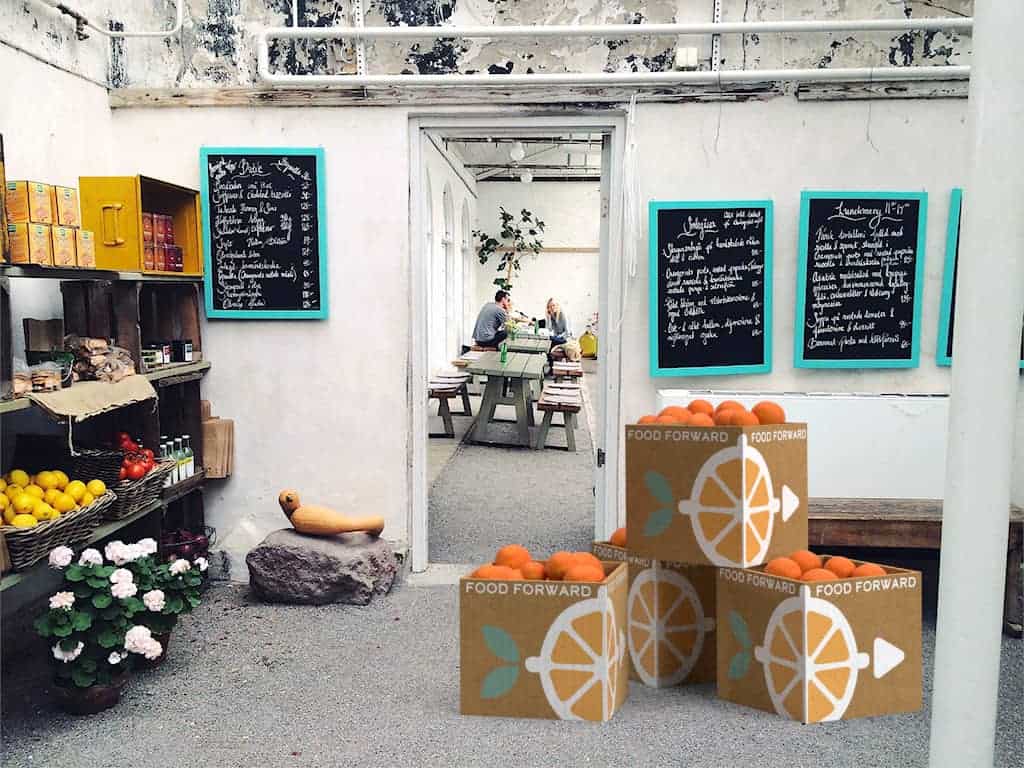 Originally I had a sans-serif typeface that wasn't as successful, but after meeting with mentors in a portfolio review, I went back and revisited this rebrand and addressed those critiques. My classmates responded positively to this rebrand I created, and it was great to design for a nonprofit.

This was a class project, and up until the day before it was due, I wasn't happy with the logo. I'd advise you to push yourself until you're proud of the design.