It was a reward for my Patreon page. I use to make one illustration per Month that can be used as a wallpaper by my Patrons. On April, the selcted theme was The Legend of Zelda this was the result. 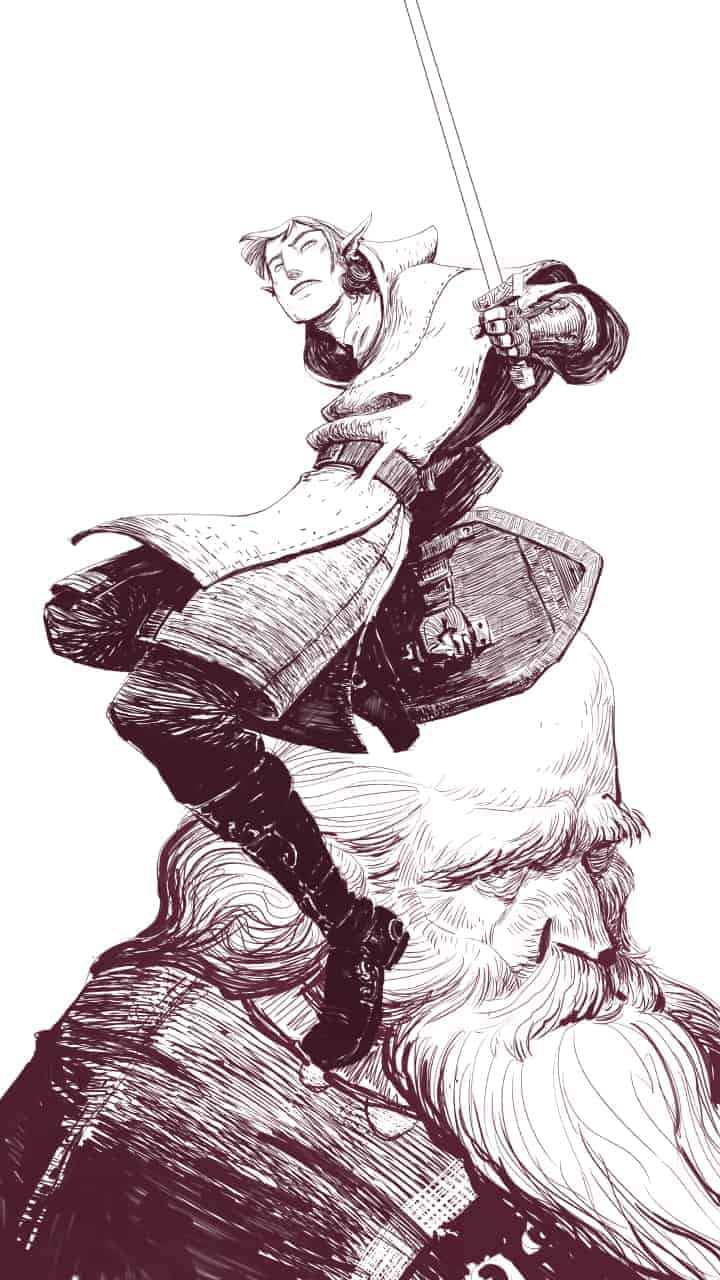 The game was a too wide theme so I wanted to focus on this moment from the first game when you receive the sword and the old man says “It’s dangerous to go alone, take this!”.
So I kept in mind that it could be used as a wallpaper, so tried to take Link on an uprising pose and on the background, tha face of the old man. At some point, I tried to use some lettering on the composition but at last I didn’t like it.
I’m not sure if it’s a twiligth or a down, but surely it’s a momen of change. I used entirely Clip Studio Paint EX. I have some time using it for my needs and I could recomend it widely to anyone.
I like to work with lines and a very graphic style and CSP is very good at digital inking.
You can check a timelapse of the project here:
https://www.youtube.com/watch?v=XrNFZx44NGQ&t=25s It was interesting, because my Patreon page is very new and it was the second reward. I liked that it was very good received by my Patrons and the people that later could see it.
I like the fan art that goes beyond, and I wanted to make an important redesign that kept the original feeling of the game. I think it worked.

Thanks for reading.
You can see more of my Patreon work and support me if you want on:
https://www.patreon.com/xtianarredondo