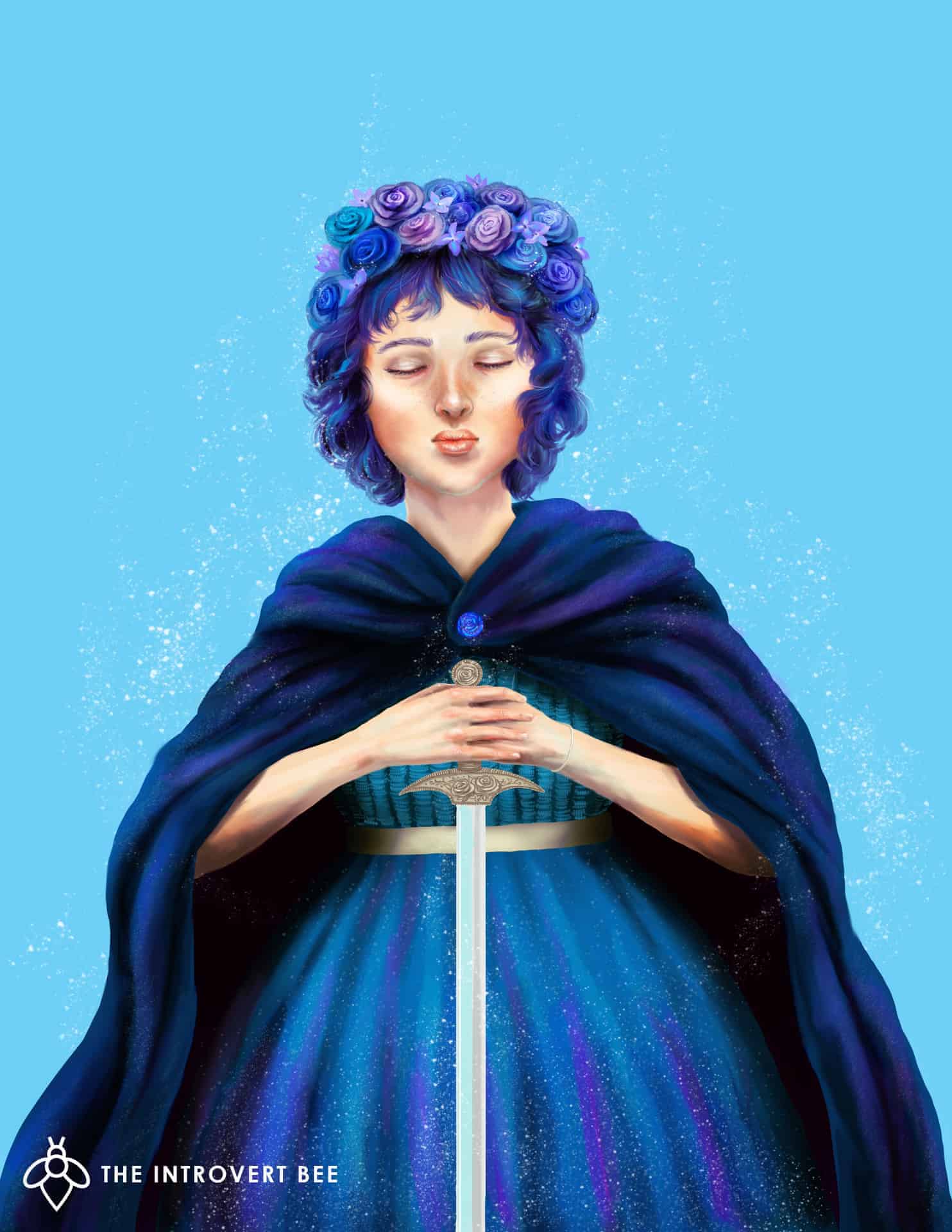 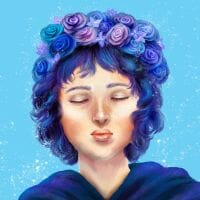 La Mujer Azul is a digital illustration of an original fictional character that I came up with once in a library. She's supposed to be a goddess, characterized by the color blue of her hair and clothes. I illustrated her in Photoshop, using a Wacom Intuos tablet, and it took me about 3 days to complete the illustration. 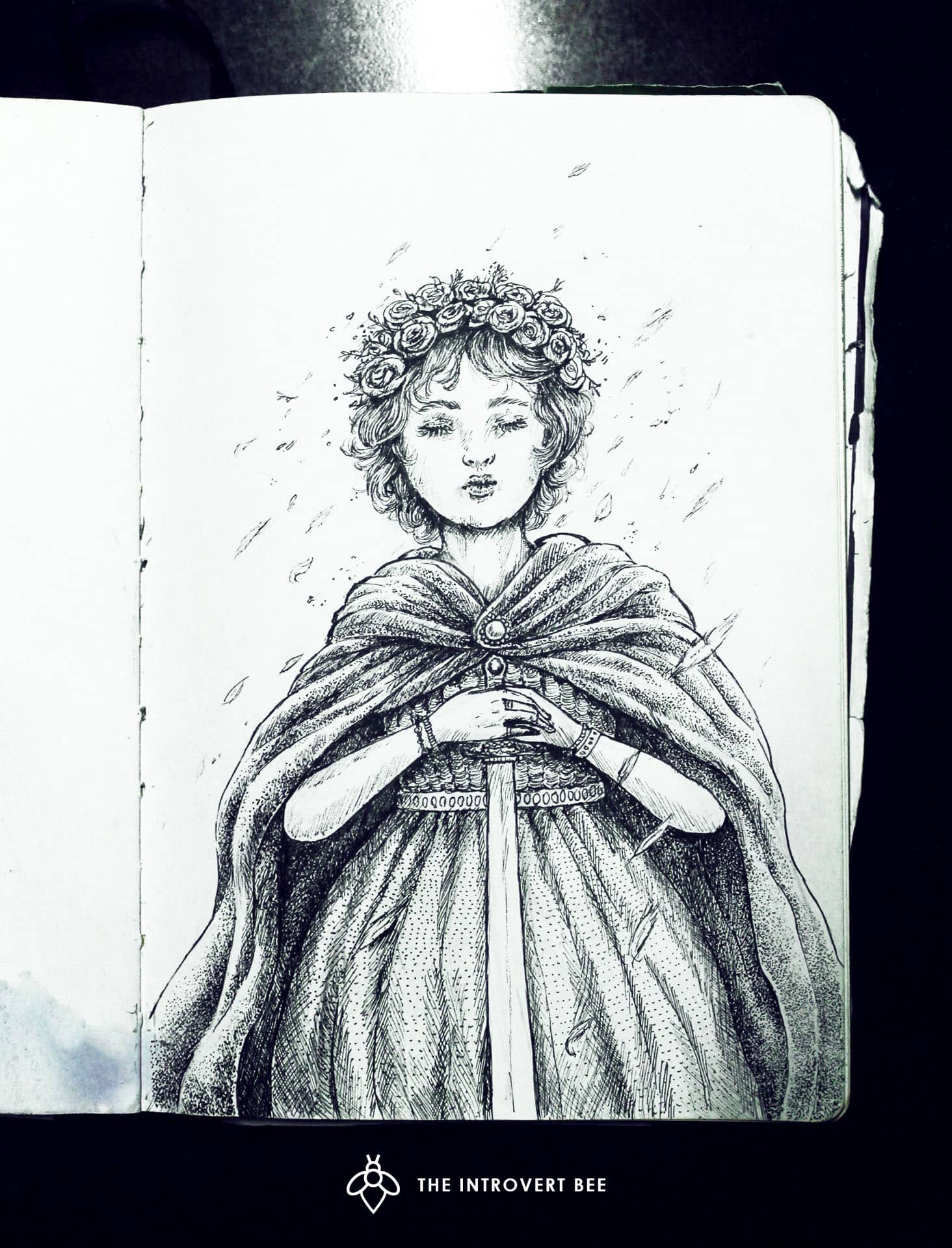 I was in a library when La Mujer Azul suddenly appeared in my head. I wanted to draw her, but I didn't have anything other than a blue marker (a cheap kind, which I'd found on the floor earlier), so that's why she's called La Mujer Azul, (The Blue Woman). Several months later (and several sketches later) I decided to do a digital version of her.
I kept true to my semi-realistic style; however, even though I usually rely heavily on lineart, I decided to try new techniques this time, and not include lineart.
Blue had to be the main color, and since I'd decided she's a goddess, she had to look ethereal. 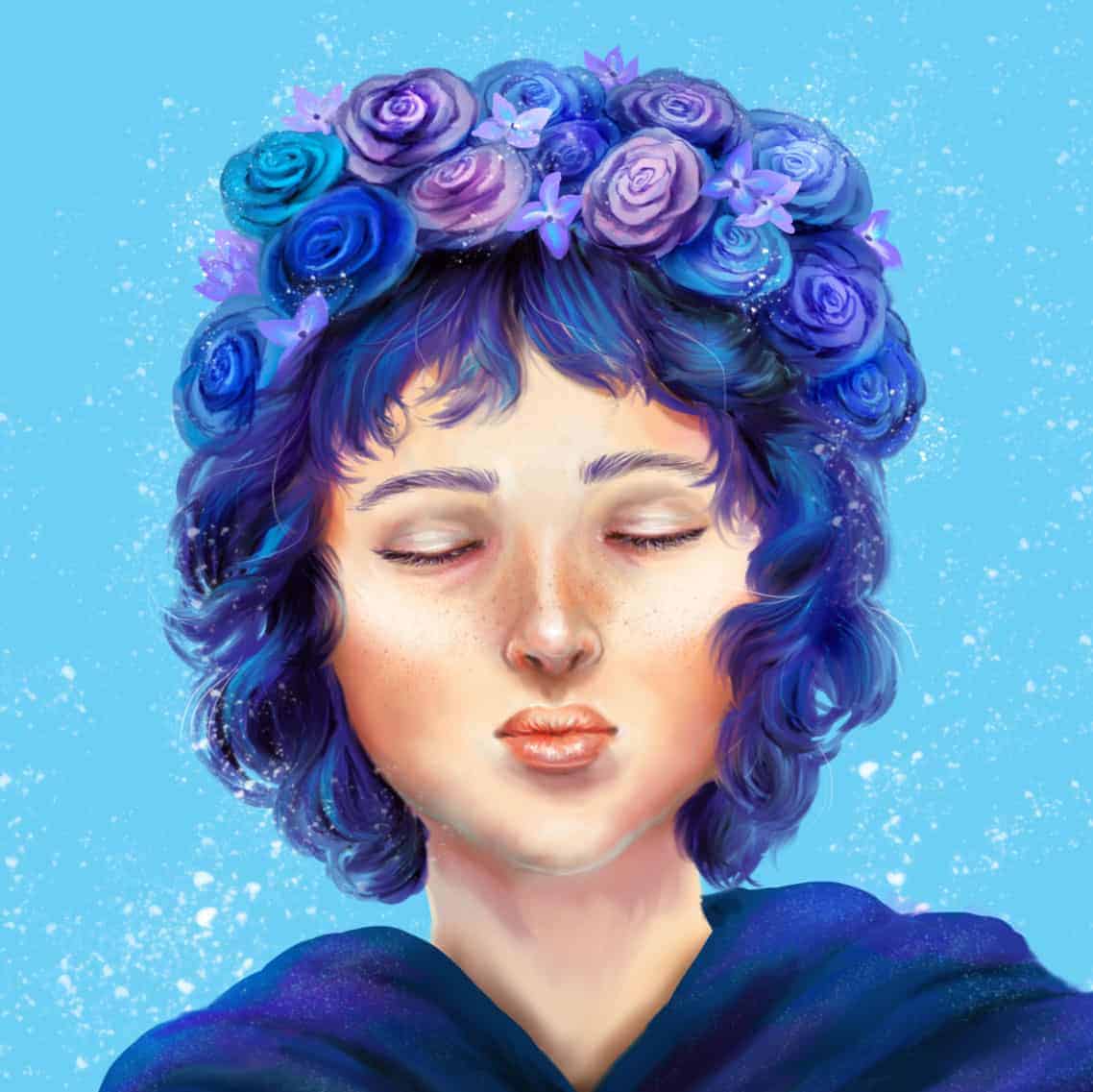 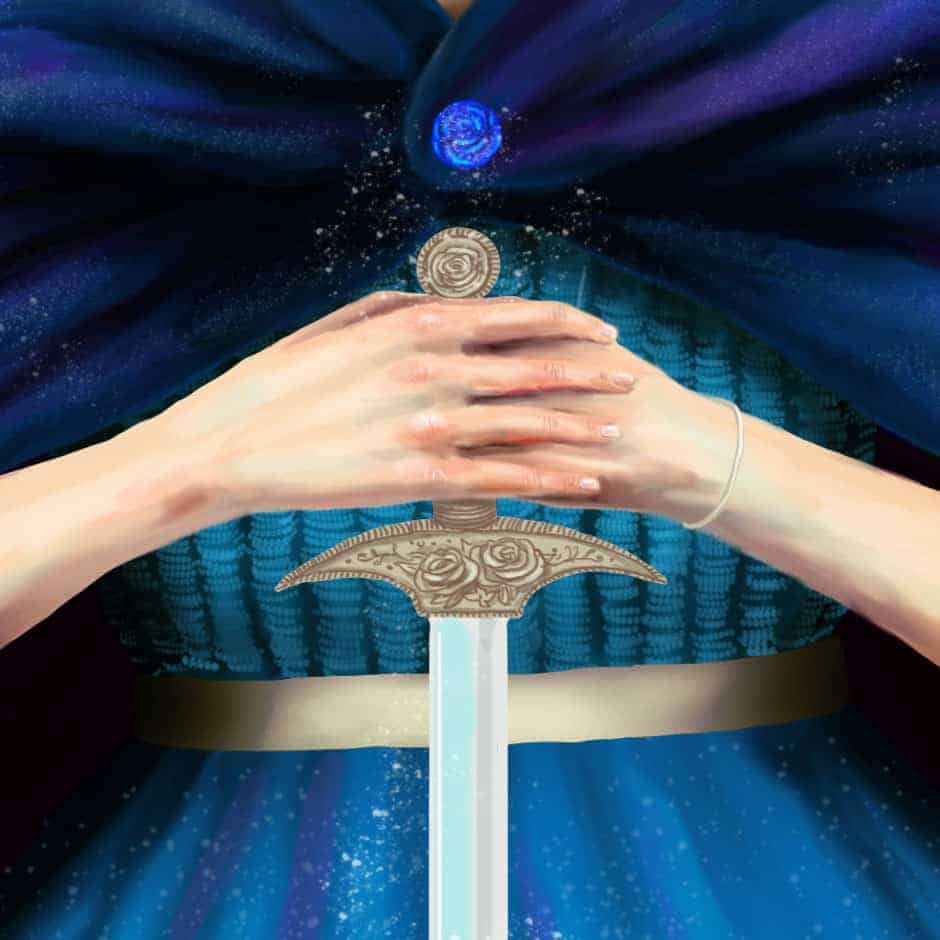 I used Photoshop with a Wacom Intuos.
I used one of my ink drawing of La Mujer Azul as a base. I set the layer on multiply right above all the other layers, so that I could paint without covering the ink lineart.
I began with her face, hair and flower wreath, then I moved to her dress, her cape, her arms and the sword. I tried to use the least possible layers. Her head and wreath were in one layer, the dress was divided into three layers, her cape was one layer and the sword had three (I think). I use a lot of masking to keep from painting over other areas.
The painting process is usually the same for everything. I just 'splash' colors over the zone I want to paint, then I use the smudge tool and the eraser to clean up a bit, then I make some adjustments and add textures or lights/shadows.
When I was done painting, I added some highlights and shadows in other layers.
I usually end by adding curves and color balance layers, but I only used a bit of color balance in this one. I quite liked the result without them. 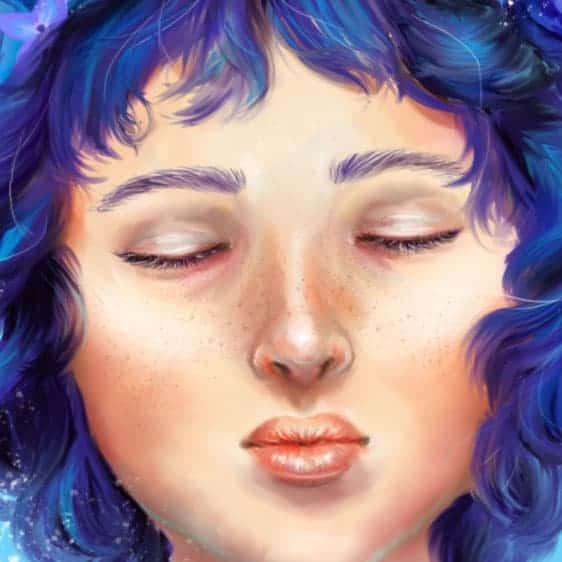 My followers on Facebook and Instagram reacted well! They've always been supportive. (They reacted better to the close-ups I posted after, though, than to the full illustration).
I managed to accomplish my goal, which was to get comfortable with lineart-less illustrations. I realized that I could make something as detailed as that, which was nice to know.
I usually want to finish everything in a couple of hours, whenever I start an illustration; with this one, however, I decided to be patient, to take my time and do it the best I could without rushing.