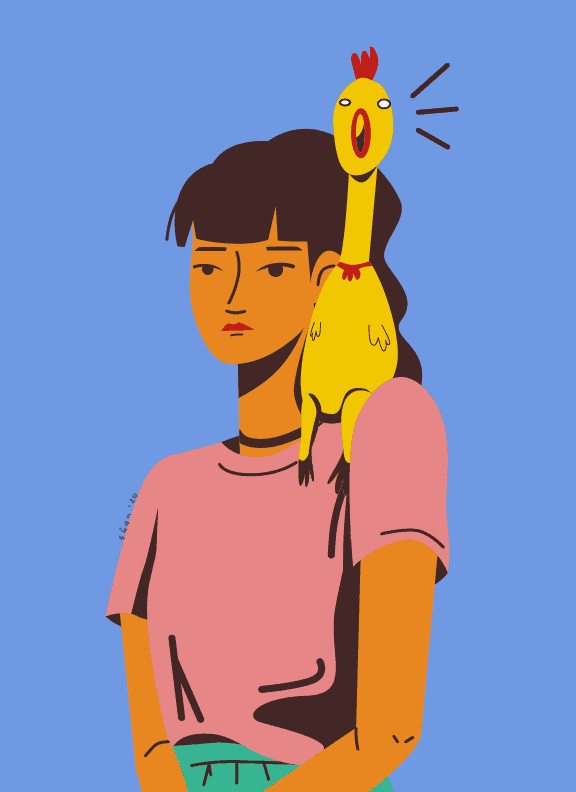 I was watching this clip of a K-pop girl group called TWICE during their encore in one of their concerts. One of the members was goofing around with a rubber toy chicken. She even made it scream at the mic and it was so loud I found it hilarious.

The image was from a pose she made while they were saying goodbye to the audience. I found the contrast of her face and the chicken particularly funny. It also brought out the playful personality of the member which I think is why I love the group a lot.

I'm an animator but my heart has always been for illustration and design. In my free time, I love creating art out of the things I'm currently obsessed with--may it be a book, a film, a TV series or in this case, a K-pop group. I try to use different style and I enjoy learning in the process.

I figured I would use vector illustration for this piece because I aim to practice more in the field. The initial vision for this project was a quick doodle of the subject but I ended up putting it in illustrator and experimenting with the colors. I DID try to retain the "doodle" style by avoiding too much shadows, highlights and outlines. Instead, I used simple shapes and lines. 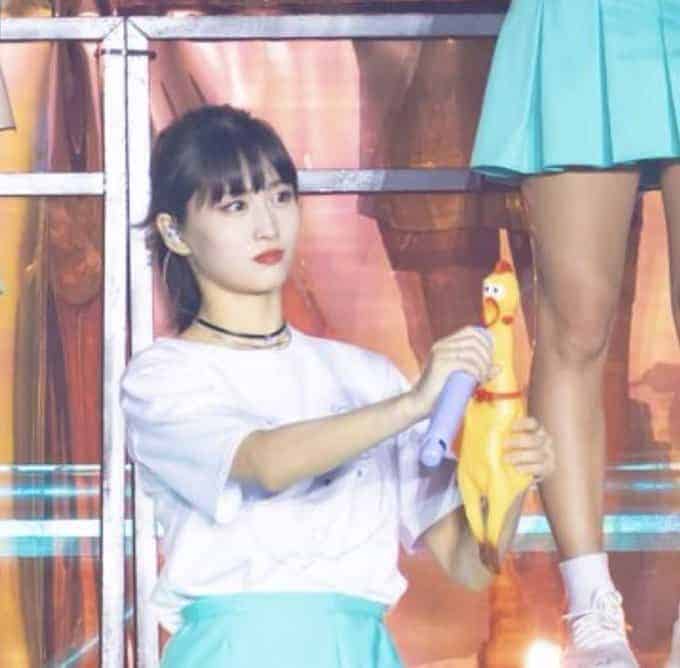 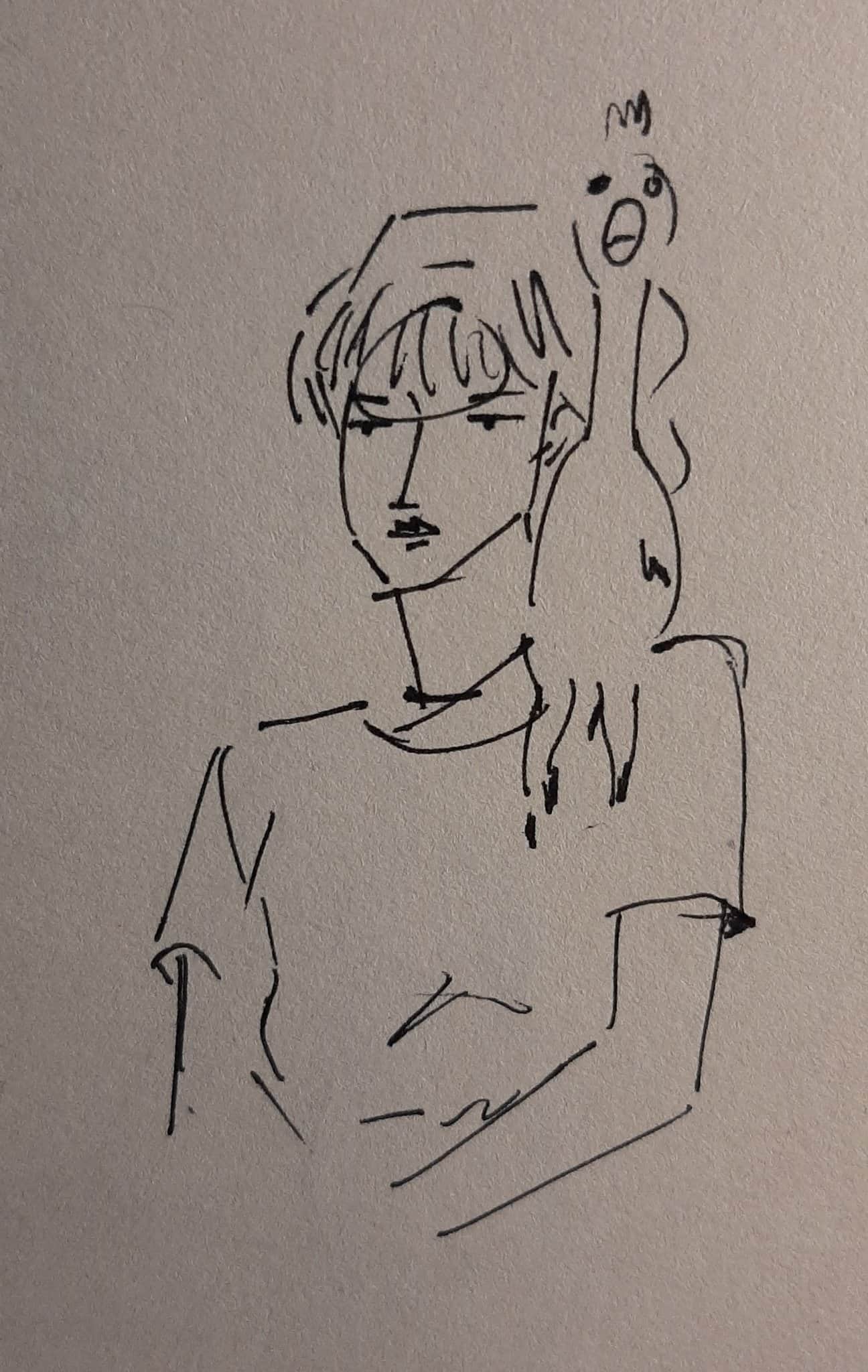 I initially drew this on a piece of paper, without really thinking much of moving forward and coloring it.

But then I tried putting it in Adobe Illustrator 2019 and thought the simple lines would make a good vector illustration --which is why I mostly used pen tool in creating it. I think the challenging part about the project is making the wrinkles for her shirt. I did have difficulties figuring out how to do it with minimal outlines and shadows.

The fun part for me is probably choosing the kind of tone I would want for the piece. I already had colors based from the reference images but I figured they were a bit bland. So I tried recoloring it with Recolor Artwork in Illustrator. It took me some time to choose from the interesting color palettes I found but I ended up settling with the cooler colors. 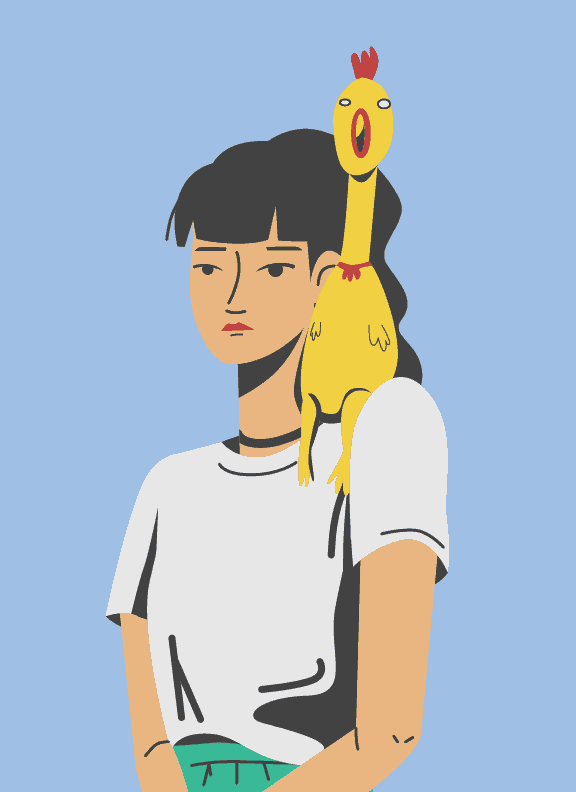 I'm glad I was able to receive positive feedback by just being a fan of a k-pop group. I was also happy that I get to practice more in the field of design and I am excited to learn more!

Hello! I'm Shannen. I hope you had fun reading about the work I enjoy doing. Feel free to contact me if you ever need an animator and illustrator. I would be glad to help out! Thanks a lot!

Hello! I'm Shannen. I'm an animator and illustrator based in the Philippines. I've been in the creative field for 3 years now. I'm still in the process of exploring and learning but I would gladly help out if you ever need someone to create videos and designs for you!
Website

Her Room, Her Space

Invasion of the Dinosaurs with Laser Eyes... from Outer Space!