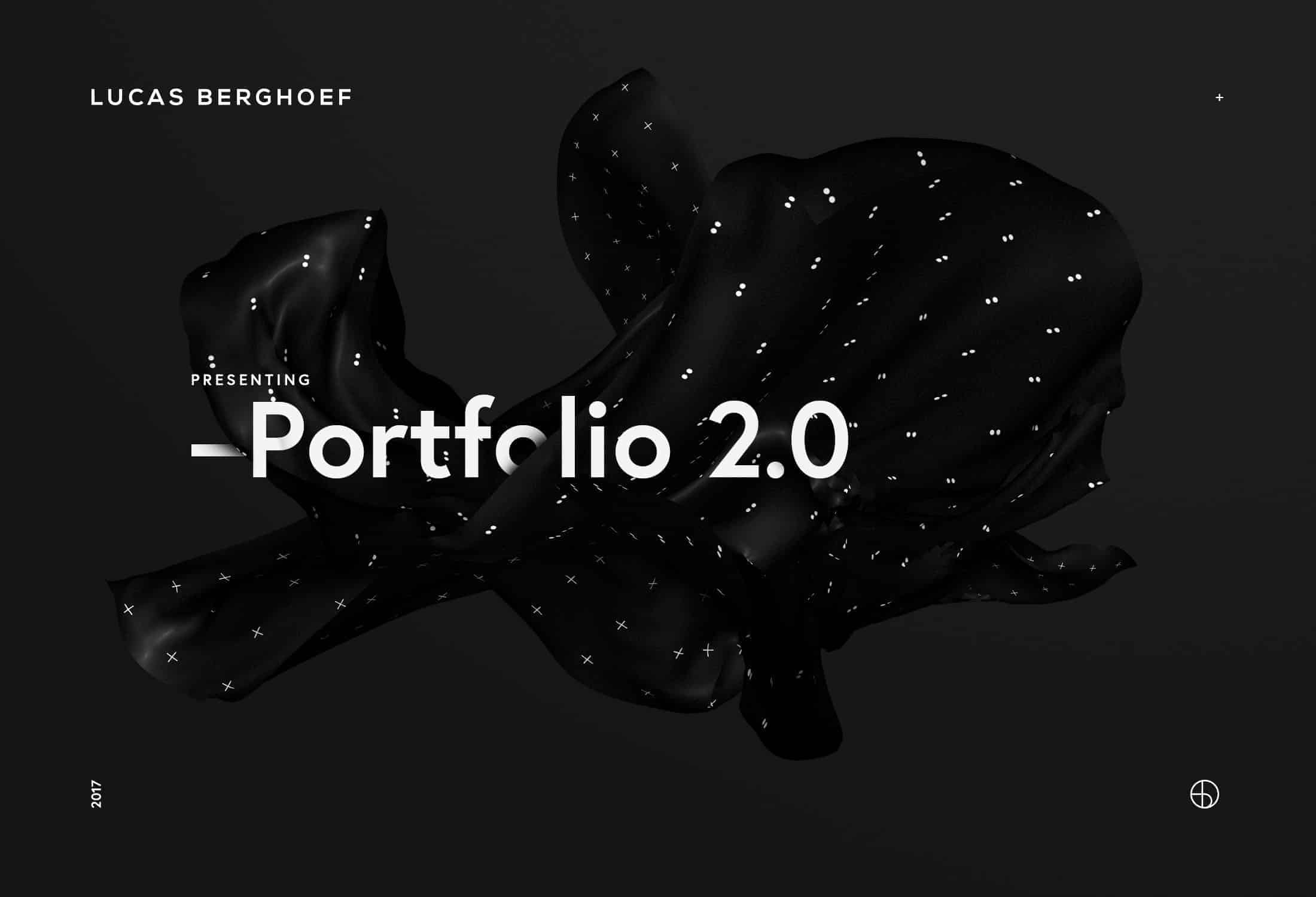 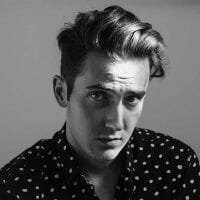 To celebrate that I have been a freelance graphic designer for 2 years now, I made myself a new visual identity to represent my growth of the past two years. This personal identity consists of a new logo (symbol and wordmark), typography, patterns, a black and white colour scheme and a brand new portfolio website. 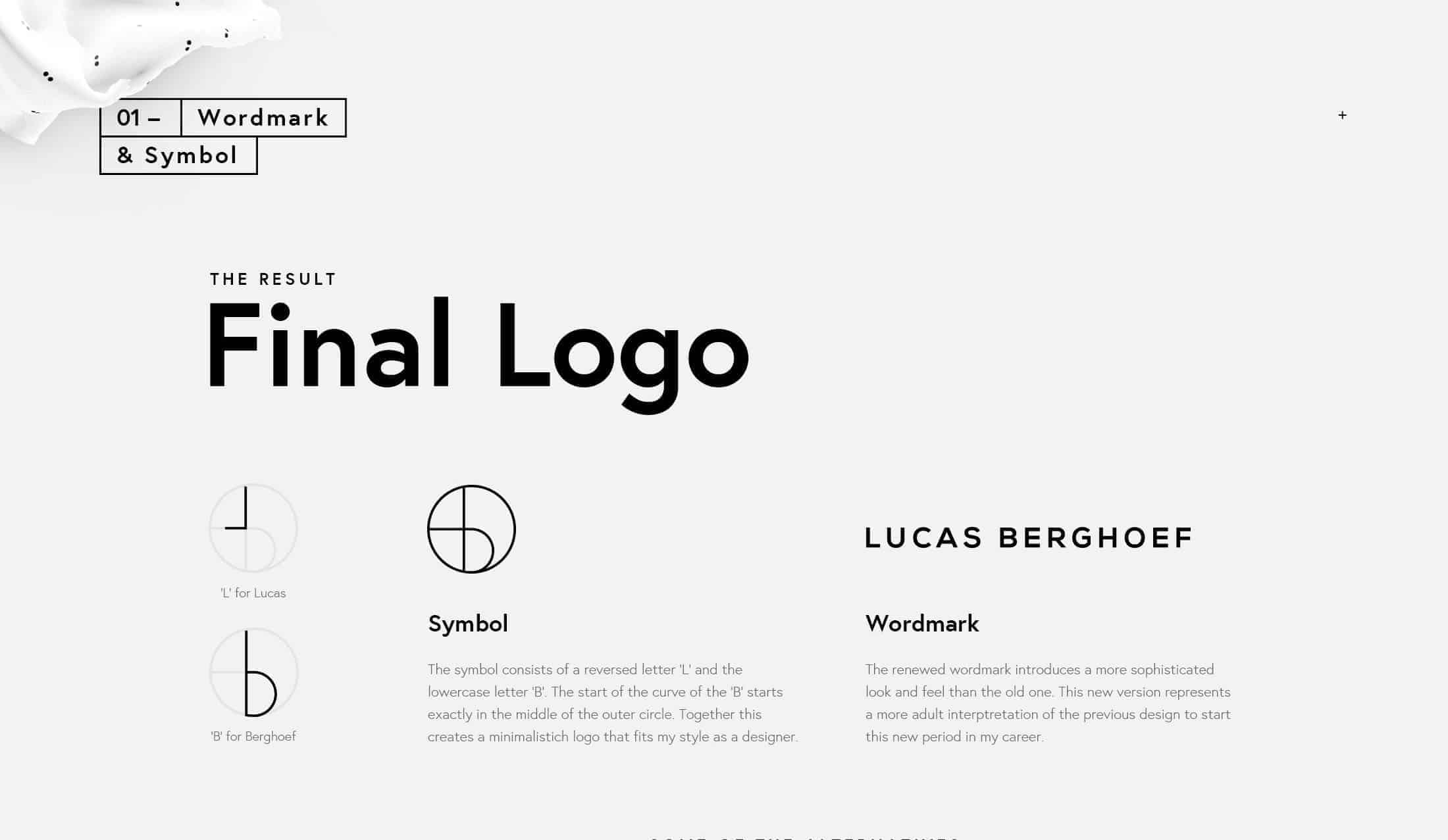 As a designer creating something for myself I find that I quite often already know the basic direction I want to go in. This project was no different. After two years of my old identity I knew I wanted a more mature visual identity and this began, for me, with a black and white colour scheme. While making the visual identity I started collecting the fonts, many sketches for a new logo and a base for the new wordmark. The patterns are actually very personal for me, as I collected a few of my favourite clothing pieces and recreated the patterns on them: this way I knew it was something that fitted my personal style and taste. 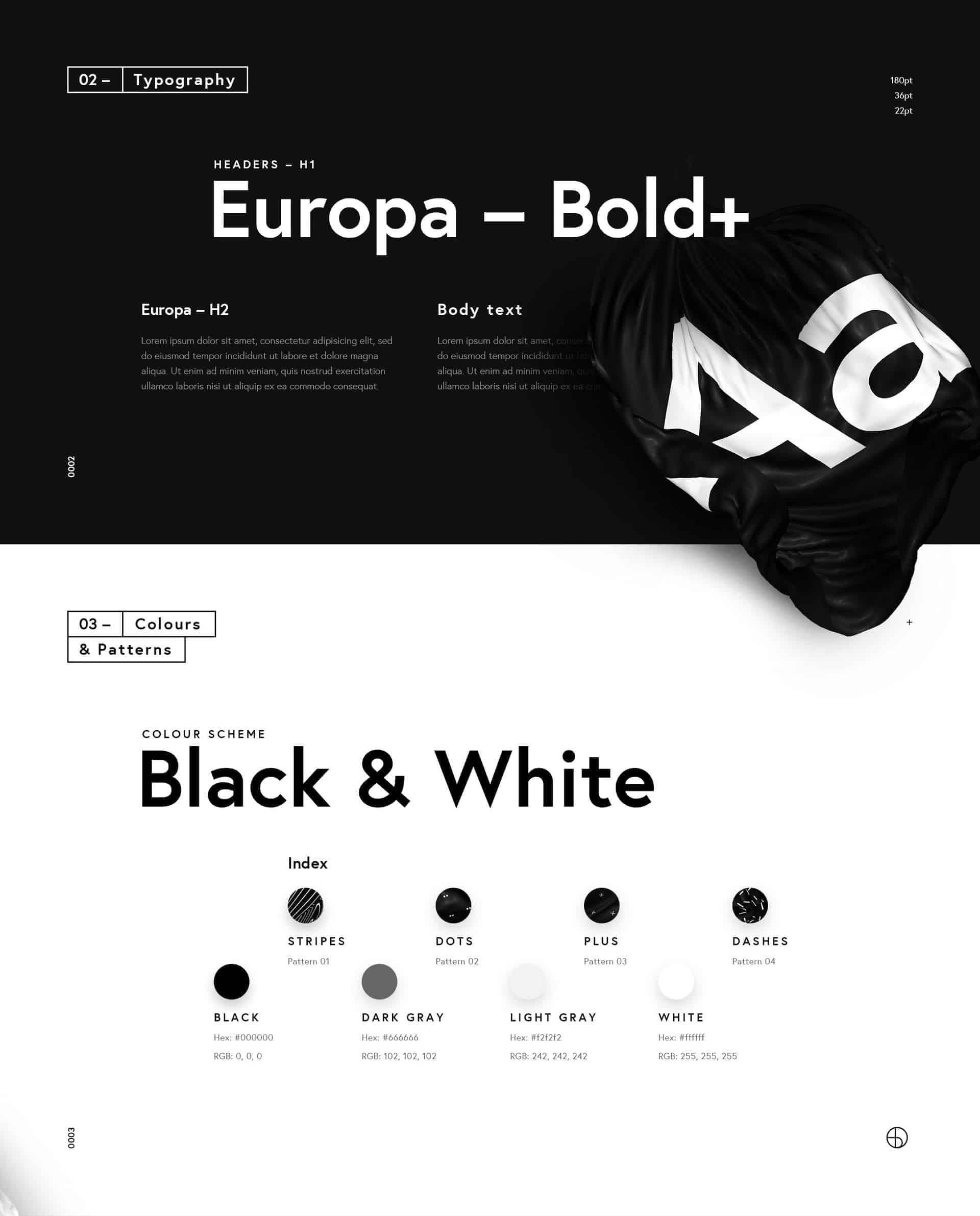 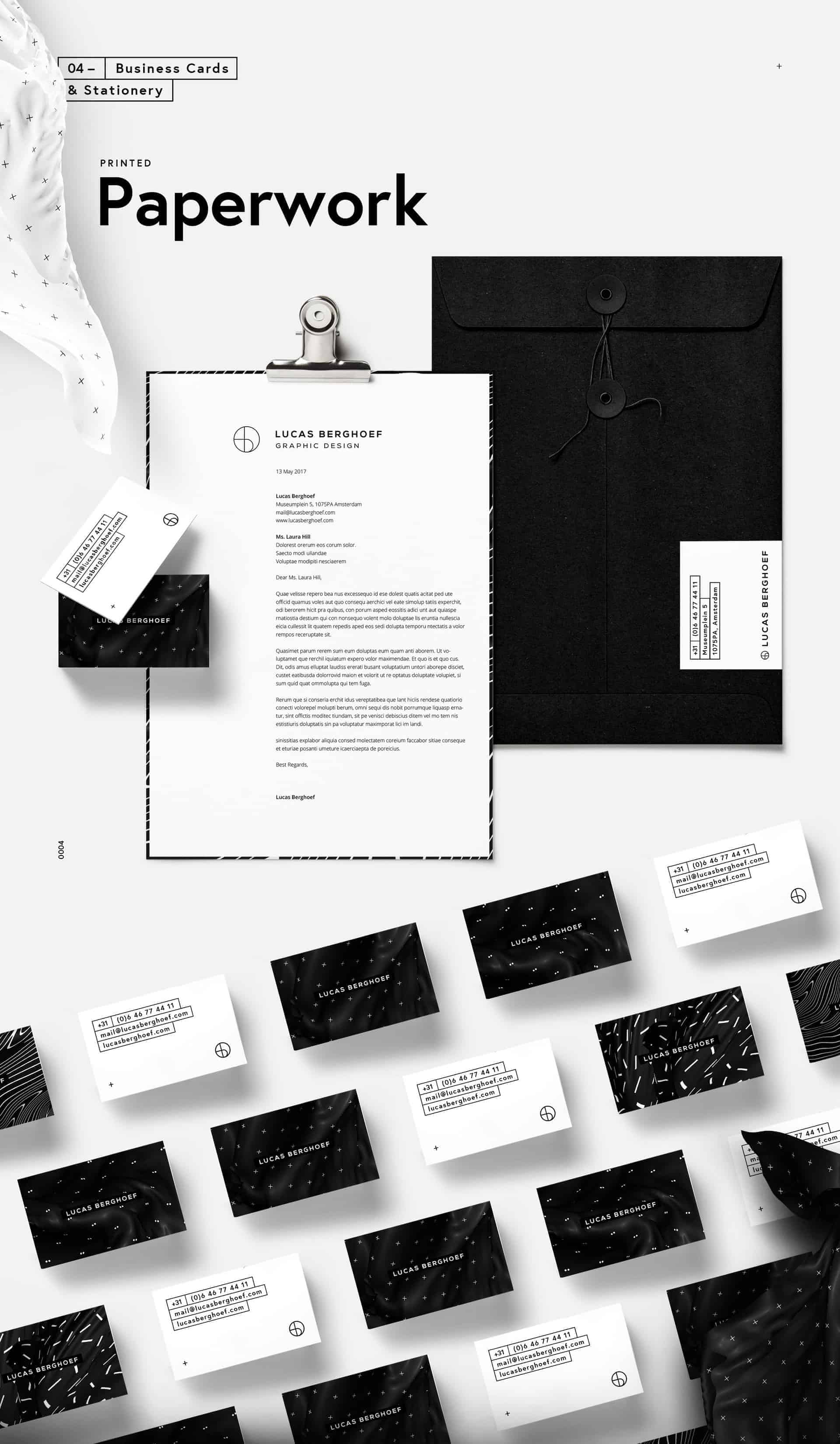 Whilst creating this identity a lot of different tools were needed in the process. To start of the most important one: pen and paper, I started by making lots and lots of sketches for a new symbol and writing down all my ideas. After this it was time to refine those sketches in Adobe Illustrator, where most of the patterns were created as well. Cinema 4D was my 3D program of choice, I imported the patterns I made in illustrator and applied them to cloth in the program, this is how the organic cloth shaped were created. After this Adobe inDesign and Photoshop were used to create most of the deliverables (i.e. stationery, business cards, mixed graphics with typography). 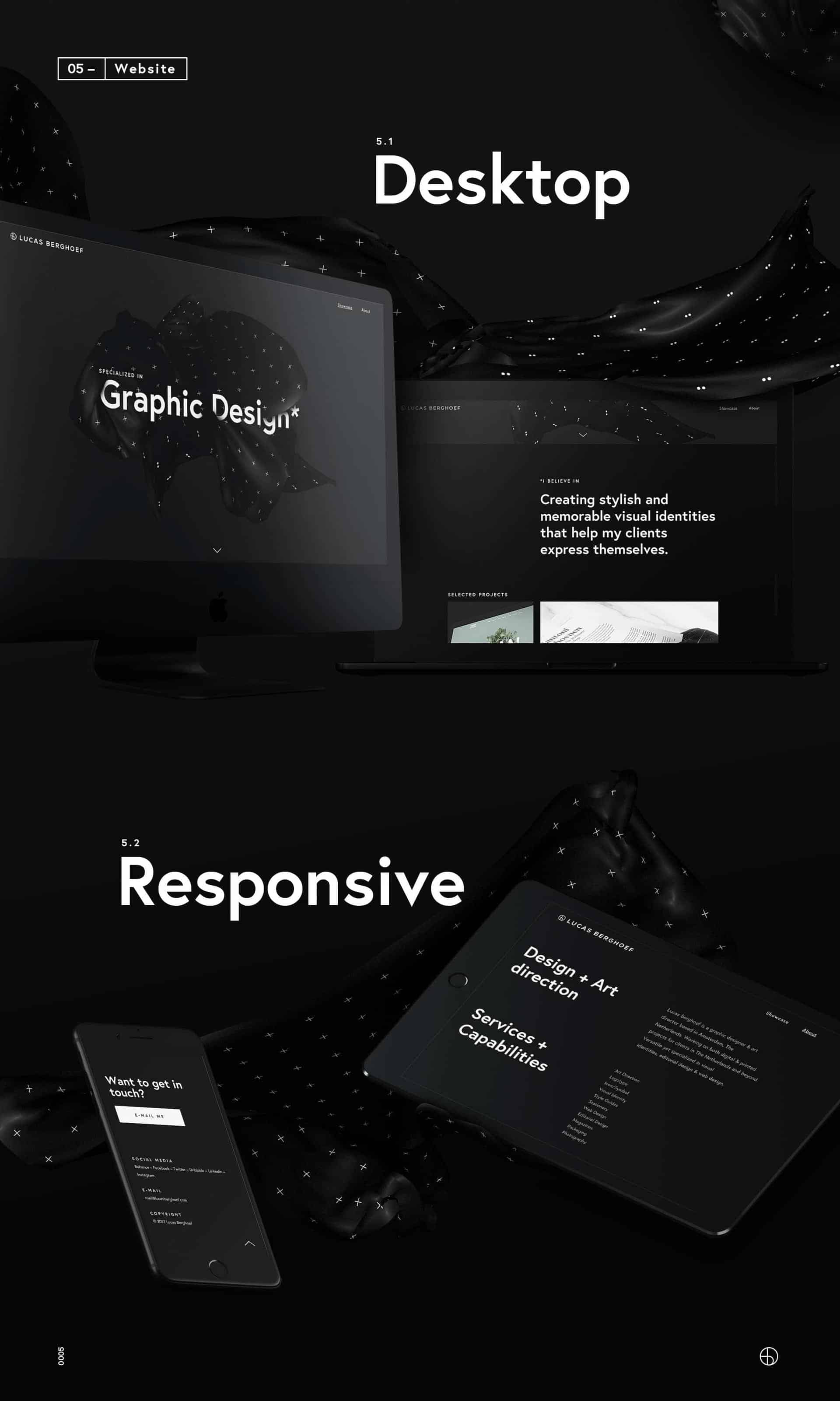 I've had a very positive respond to the project so far. People on social media seem to find it interesting and close friends of mine say they find it fits me very well..! Some of them even noticed the patterns from my clothing immediately. The process for this had been quite a long one because I have been developing these ideas in my head for a few months. That's why its great to be able to get it out into the world and even get positive feedback on it as well.

You can check out the project on bechance here: https://www.behance.net/gallery/48725149/Lucas-Berghoef-Visual-Identity

Lucas Berghoef is a graphic designer & art director based in Amsterdam, The Netherlands. Working on both digital & printed projects for clients in The Netherlands and beyond. Versatile yet specialized in visual identities, editorial design & web design.
Website

Glü: I love my pet