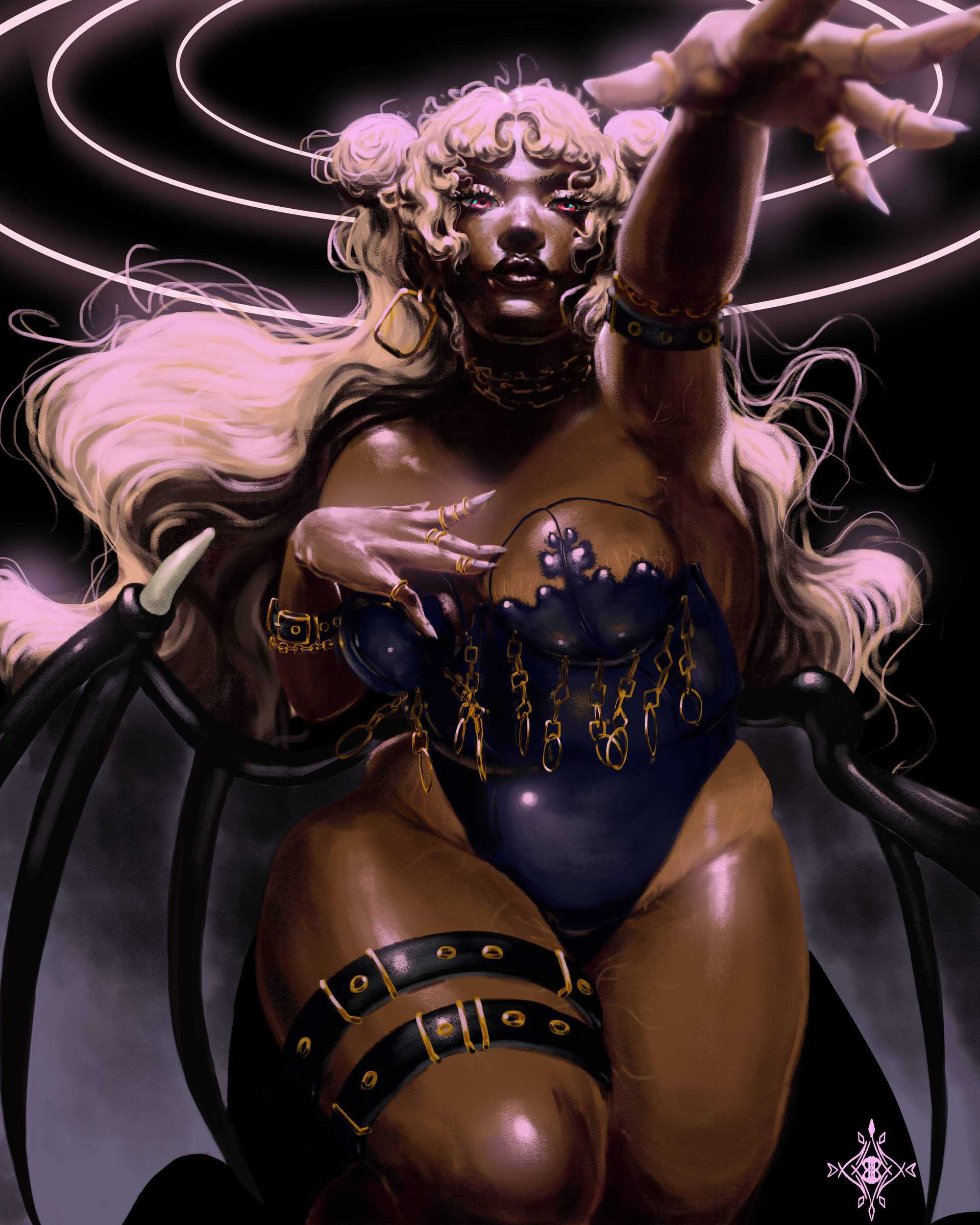 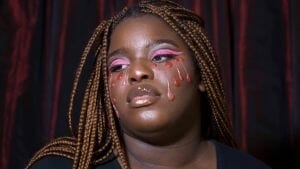 "Magnolia" is a piece I made as an entry for an Instagram contest organized by user Pinkincubi as a celebration for her reaching 20k followers. The rules were that we had to chose between two characters of her creation (Magnolia and Vincent) or both to redraw in our own style. 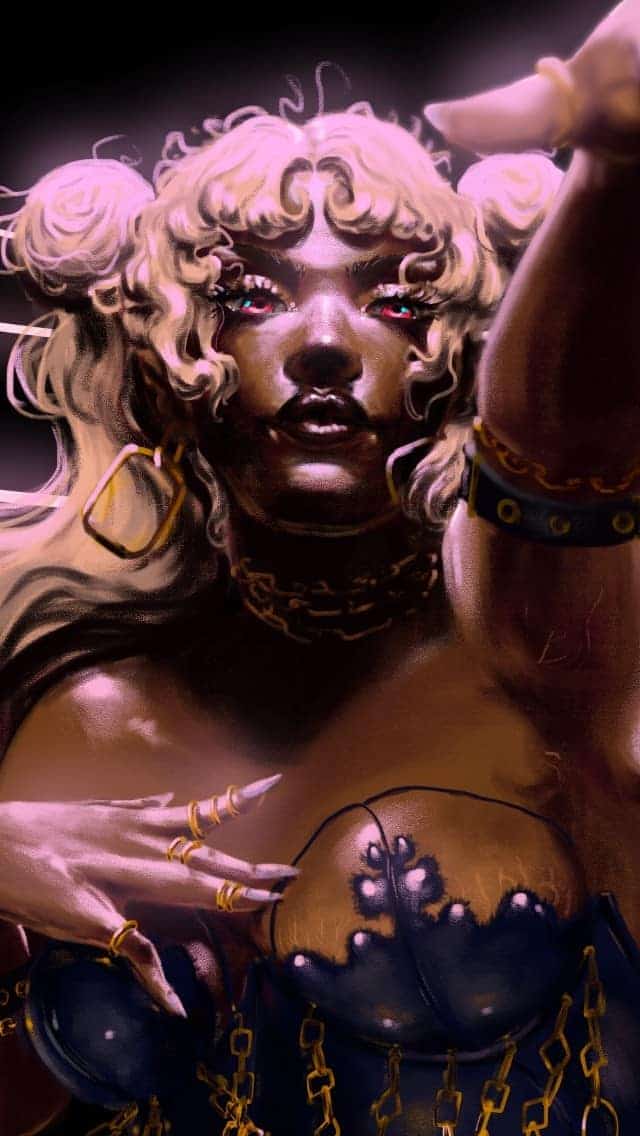 It was obvious to me that I was going to chose Magnolia the moment I saw her though the other character, Vincent, has slightly feminine traits, Magnolia is everything I like to draw; chubby/fat and very alluring women. So I did choose the easy way but I still wanted to take that contest seriously and do it the best I can, even when I draw something in my comfort zone I never like to take things slightly and too confidently. Also I'm just really bad at drawing men, I'm working on it though !
Since the creator of this character described Magnolia as being a succubus I wanted her to have a seductive and entrancing pose but at the same time to make her seem like someone that need to be feared. It was actually very hard for me to give her a pose, no matter the amount of references used nothing seemed to satisfy me until I saw the big amount of Morrigan Aensland figurine pictures I had stored in my phone for future reference. I thought she was the perfect model first because of the bat wings but also because they're the same myth character and give off the same vibe of beautiful, entrancing women but very dangerous as well.

I at first wanted to give her very sophisticated and fluffy lingerie but thought it would give her a too seductive and soft look, almost sexy "housewife" looking. I thought a tight leathery bodysuit was the perfect balance between sexy and rough plus I just really enjoy dressing my women characters in bodysuit, easiest outfit to me ! I also added to the roughness by giving her a lot of gold jewelry and chains I think it gives a very powerful look to anyone to have this much gold on them. The leather belts also helped in my opinion to give her that "sexy-but-not-to-be-played-with" appearance I thought leather belts with a lot of gold as bracelet was an interesting and aesthetically pleasing concept too.
I've chosen such lighting because I always do, I really have a problem with top positioned and colored lights. I think I just enjoy very contrasted lights and shadows in general but here in my opinion it did help give a dramatic look. I like to imagine that she had to leave her "loved one" by the portal on top of her and was acting very disheartened to leave this person as a manipulative way to trick them into leaving with her but as a prey. 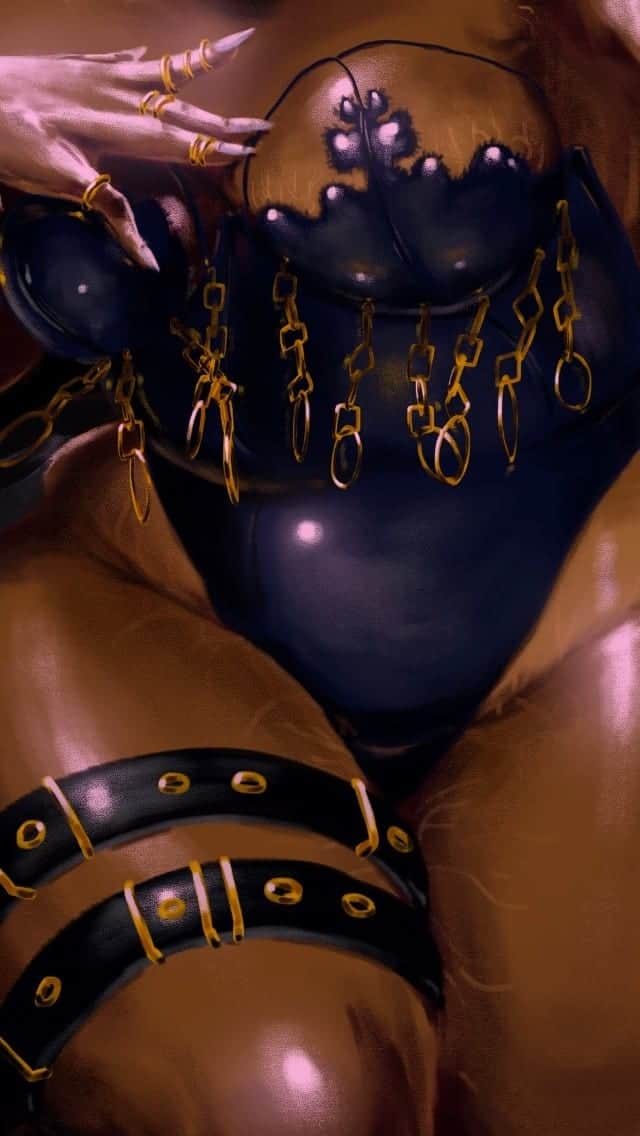 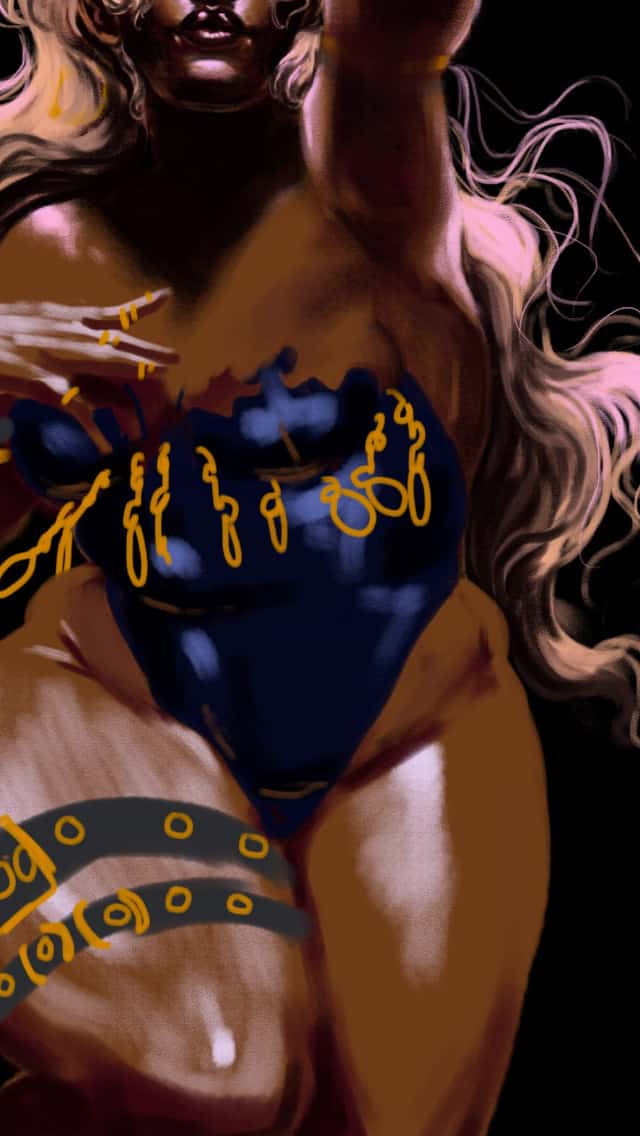 I oddly just used Photoshop which is very rare for me, I usually use Krita for their huge range of brushes especially the smudging one that I can never seem to find the equivalent of on Photoshop. I am not really a big color picker user I like to place colors widely and then smudge everything to blend but here I had no choice but to color pick over and over again for good blending.

I first very roughly placed flats color, lighting and shadows everywhere, I had actually planned to make the lighting lavender but it ended up looking ashy so I decided to go for pink instead. I then flat colored the jewelry started detailing; I went for the face first, I always do because it's my favorite part, then the hair, the arms/chest area, the body suit, the legs and lastly the jewelries but on another layer.
I know it's a very bad painting technique but I actually colored everything on a single layer except for the bat wings and the jewelry. I usually don't do that when on Krita but ever since I had to force myself to use Photoshop for some reason I've been feeling more comfortable painting on a single layer instead of then of thousands.
I added the portal, the blurry lights and probably touched up some small things here and there to finish.
There is a speed paint available on my YouTube channel as well to better see what I'm talking about if I'm not clear enough !
https://youtu.be/gJyNJBhXI14 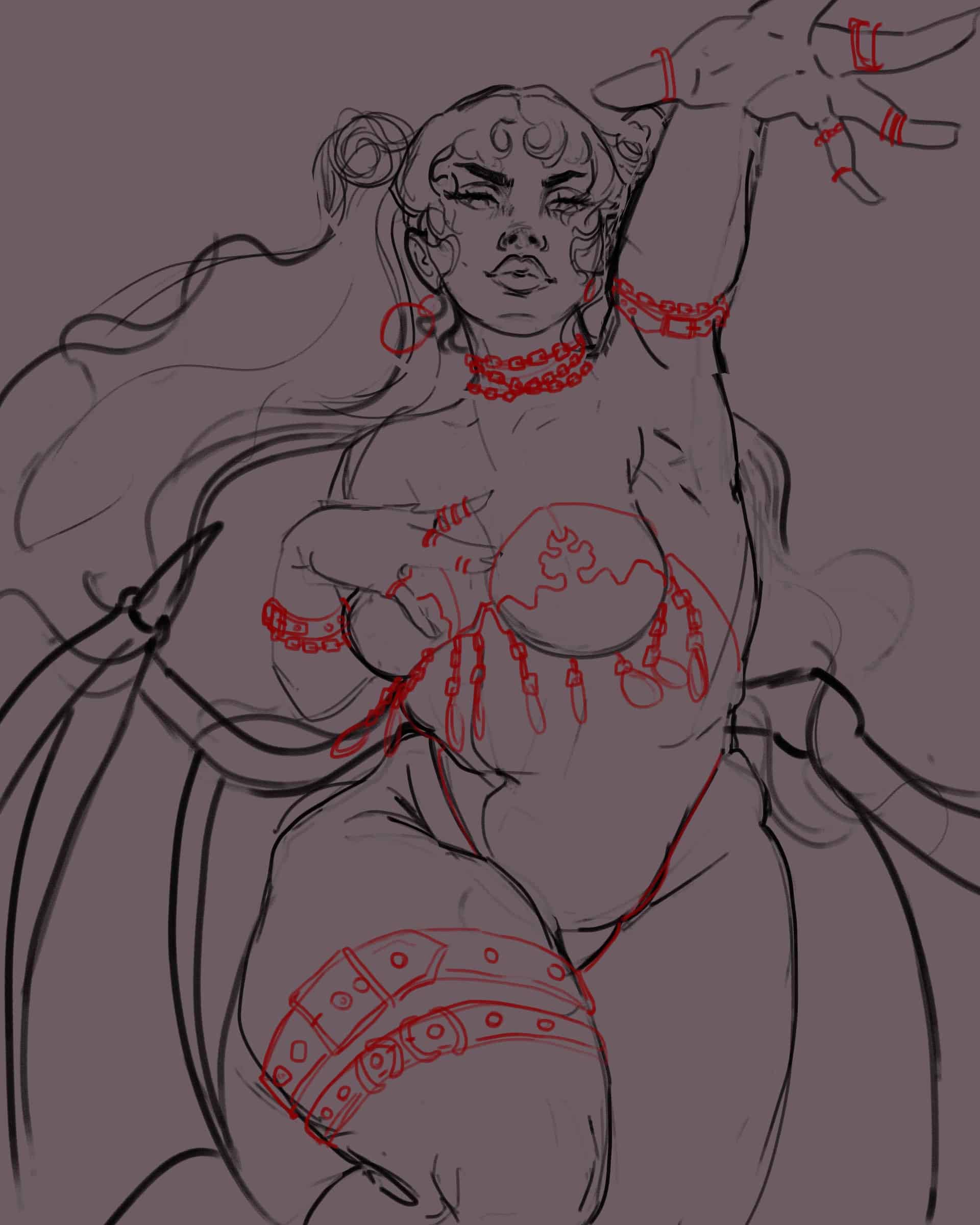 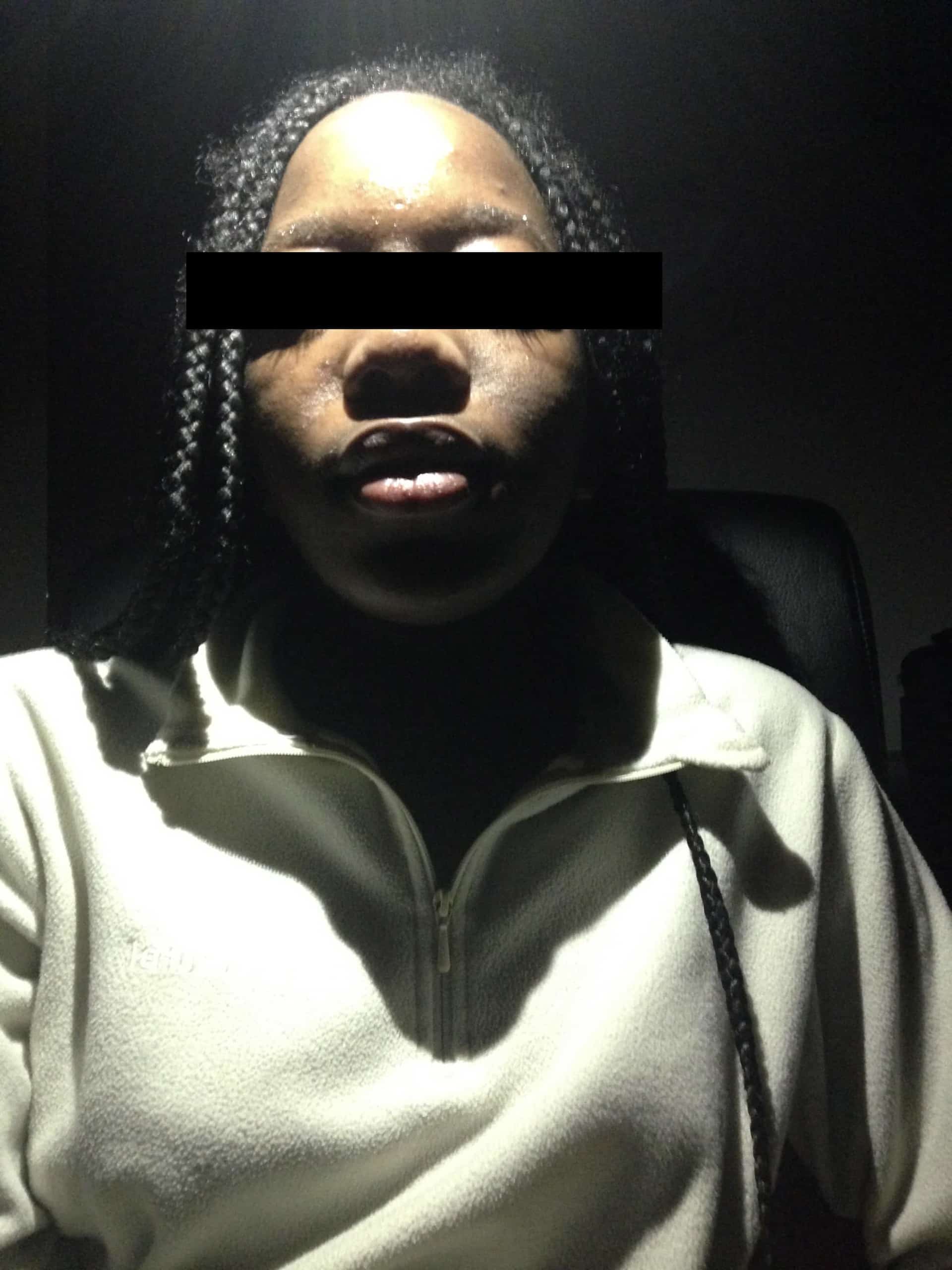 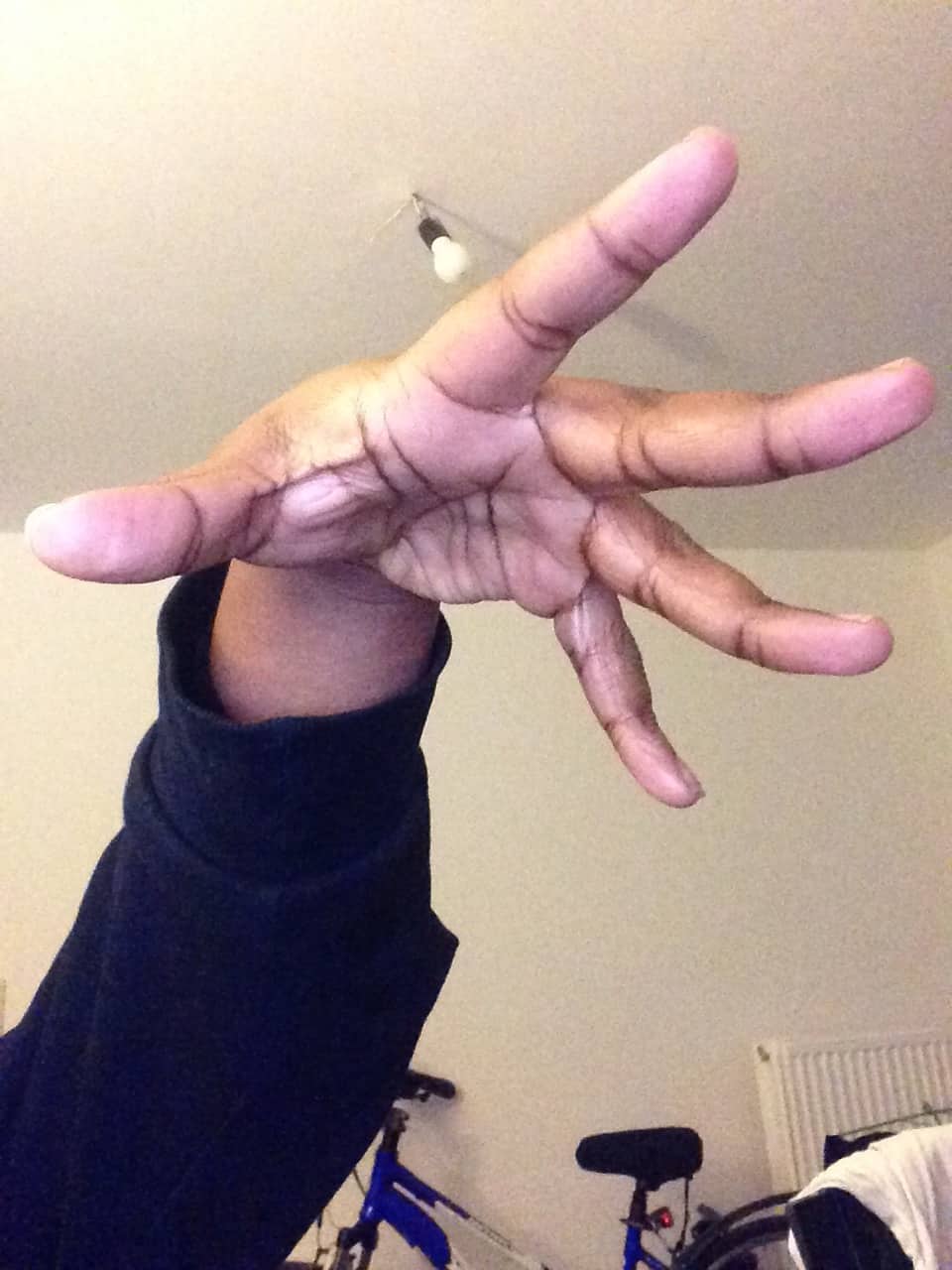 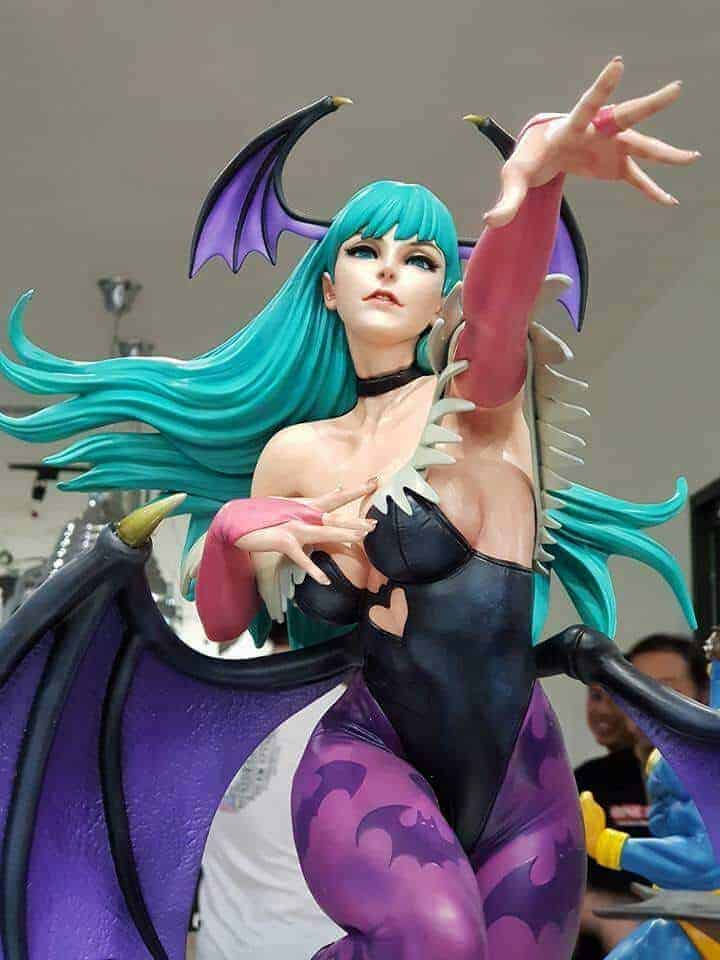 I am very pessimistic and hard on myself so I actually didn't thought it would really get attention since I did a piece named "Pumpkin Witch" last month and I thought it was the best drawing I had ever done in a while but it received way less attention than I thought. I didn't see "Magnolia" as better than "Pumpkin Witch" but how everyone kept being in awe in my comments and the amount of love it gots on all of my social media (even on Tumblr which is my driest social media when it comes to my art) made me love this piece a little more I admit.

I think this piece further taught me how to use Photoshop and made me way less afraid to use it now. Struggle and art block is okay and even beneficial, my art-block was making me unable to get any convincing sketch but with perseverance I was able to make one of my best drawing and maybe even level up as a digital artist. So I think I will see my art blocks with less frustration and stress but more with excitement because they are the proof that a leveling up is on the way. What people are going to like about your art is very unpredictable and a piece that you don't find special, hell maybe even a piece that you hate can be loved by everyone just like a drawing you're fangirling over can get average response but that's okay.

I am Belgian 21 years old 3D animation student and make art on my free time as well; I work with a variety of mediums such as watercolor and gouache but also digitally and I clay sculpt a little as well.
Website