This house summarizes modern building architecture with clean lines and minimal style. Natural surroundings was key in the design for the house to blend in properly with the environs. I Incorporated lots of greenery to add texture and visual appeal to blend in with the scene

I started the series for the purpose of creating exterior environments. This was a challenge as building such scenes is GPU intensive and requires more attention to the environment like grass physics, trees and hdri sky lighting. The main inspiration was from a photo i picked online and used as a guide in building the rest of the scene. My main focus was realism around the environment to make it hard for viewers to tell if its a render 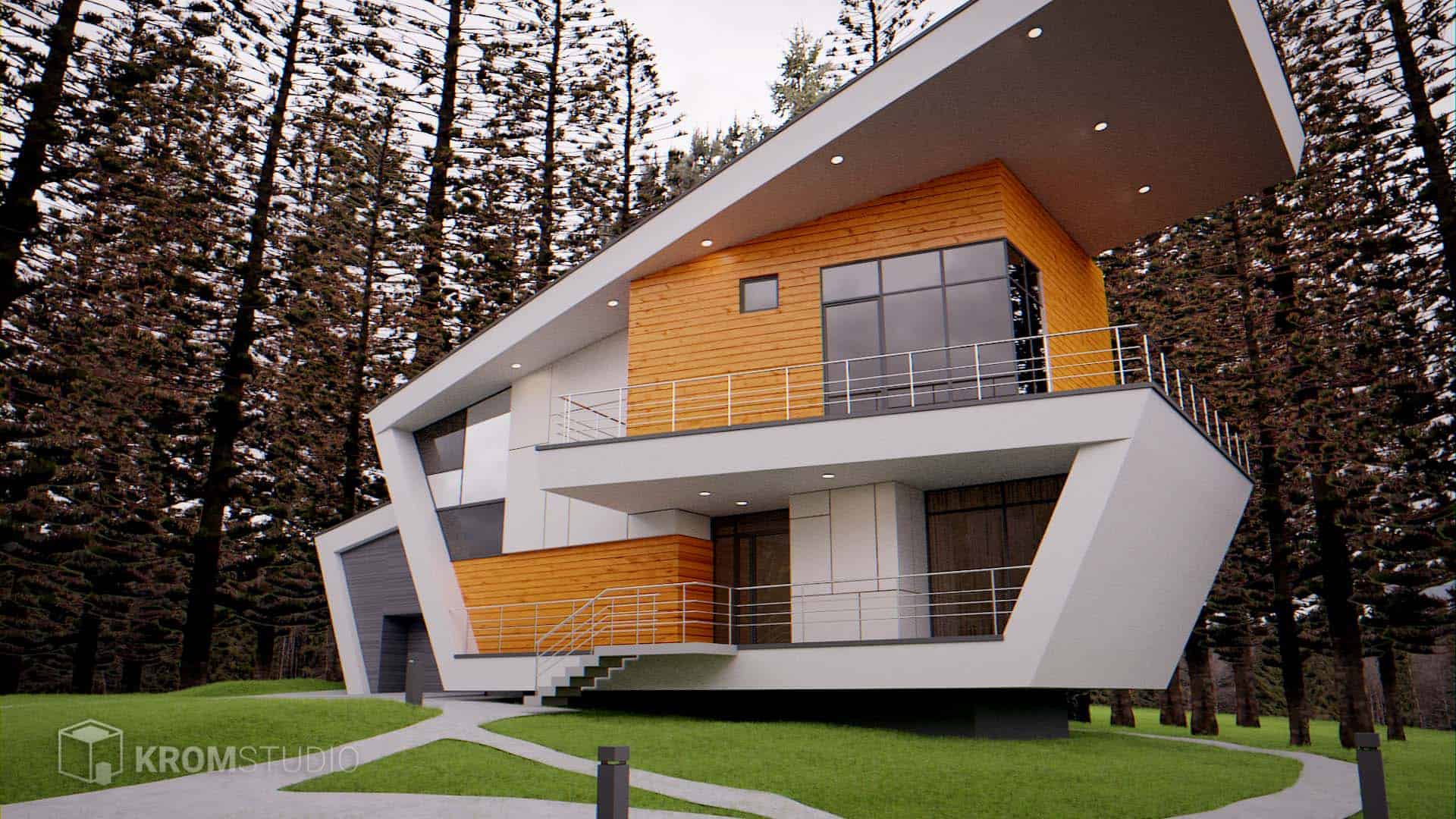 The entire scene was modeled and rendered in Blender and very slight color grading in Photoshop. Sketching the concept is always the first step which helps put the scene into perspective. i modeled the house then then grounds, used physics to create grass then the pathway and garden lights. Setting up materials, first on the house glass door, wood panels, walls etc, the foot path and grass & soil texture, placed a few area lamps around the house then a hdr map as the main light source then finally the trees and tree line as they were png images. Last was setting the camera then rendering in high res which took around 30 minutes on a GTX950 Nvidia. Color grading was mainly done in Blender then slight adjustment on exposure and contrast in Photoshop. I received a lot of positive feedback in my circles and felt encouraged to take on bigger challenges. Exterior renders are more appealing to clients as it shows the product in its entirety and it can be a striking visual presentation