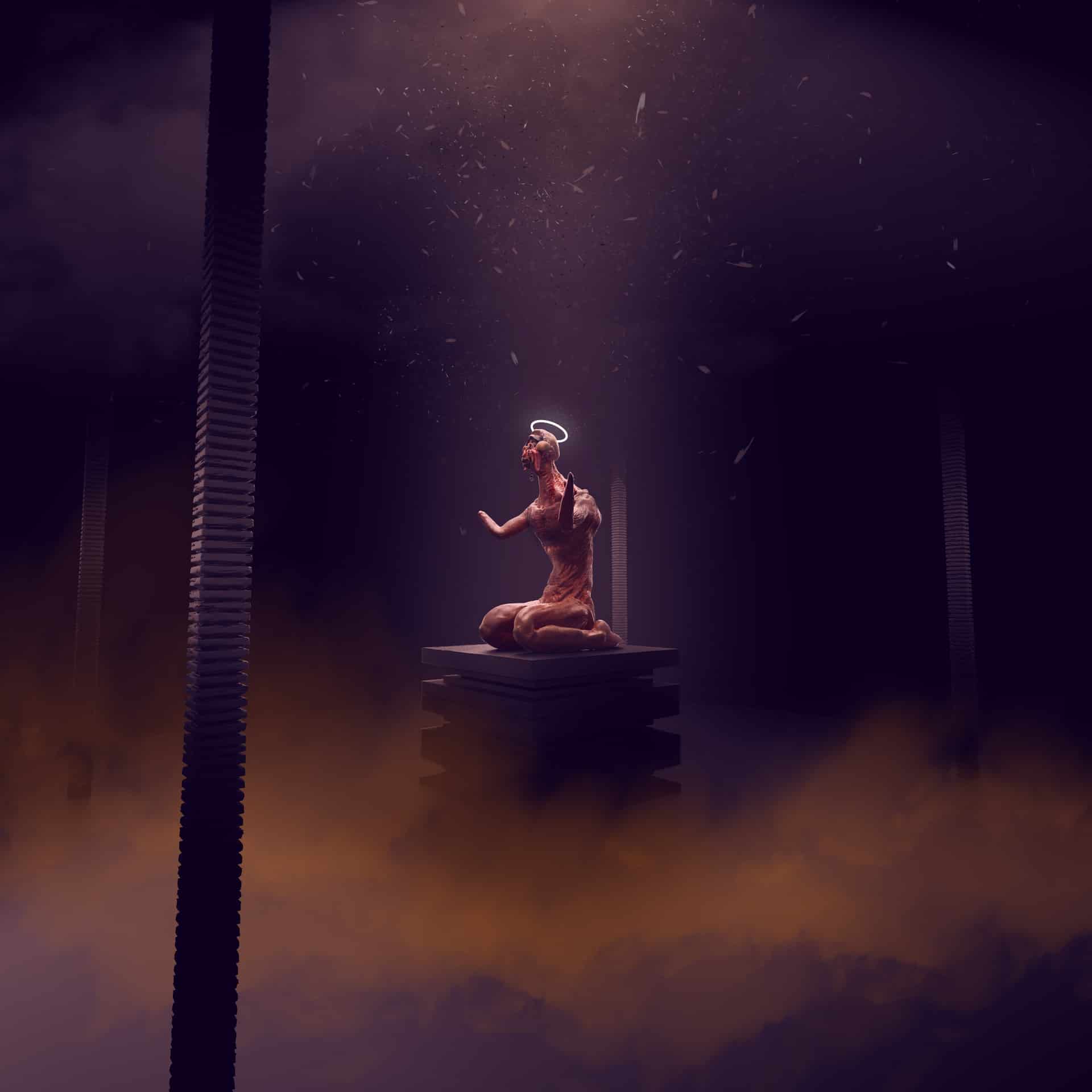 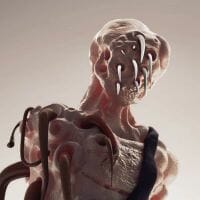 This illustration was part of my personal zbrush training, as i want to focus on learning 3D for the year to come.
It is an improvisation, and I want it to be some mix of gore and esoteric, like straight out of a Lovecraftian story.
So here it is, praying to the unknown, surrounded by fog. 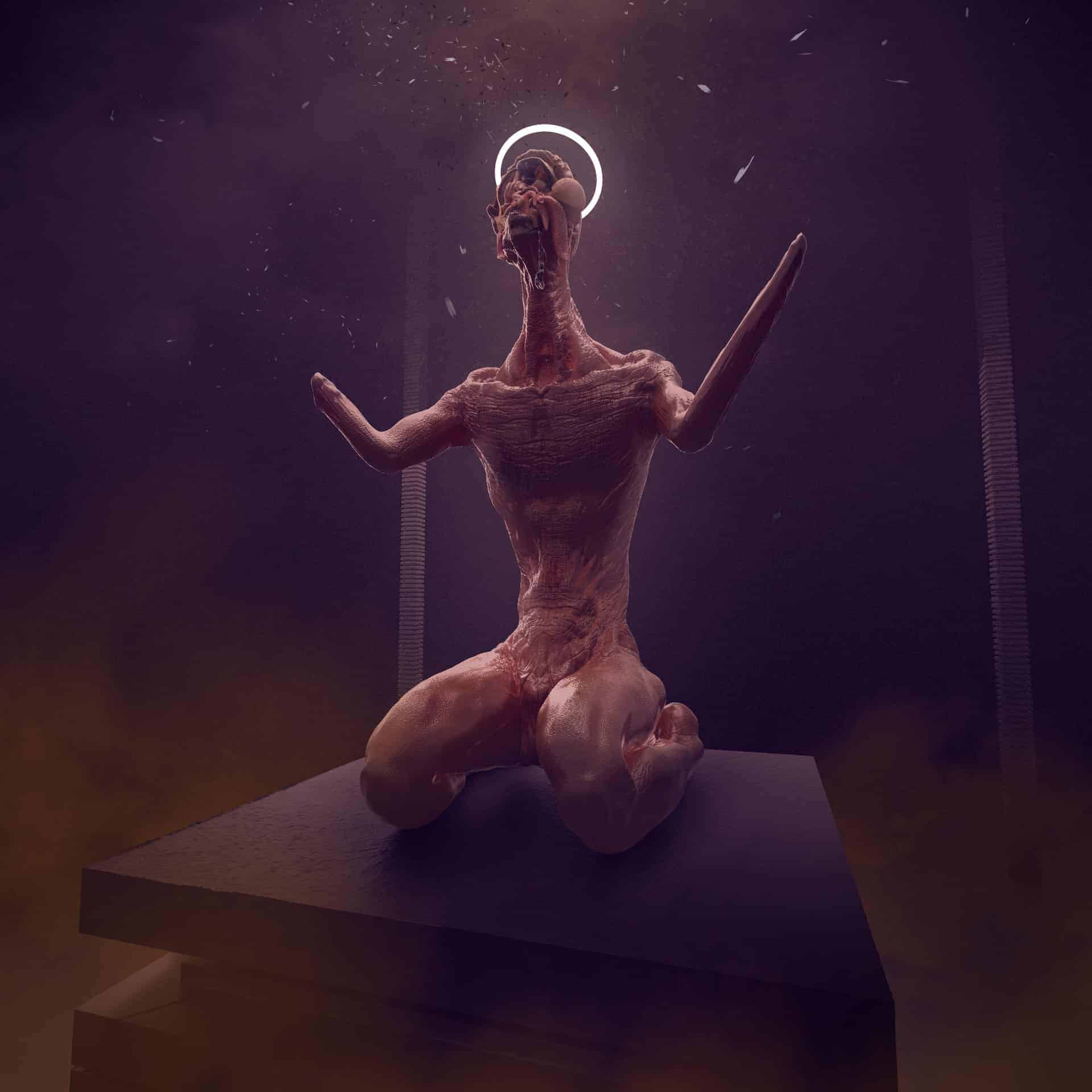 At first, I'd just wanted to make some horrible head, with organs coming out of and some gory details.
I had no clear idea on the final render, but I knowed I wanted it to be kind of mystic, so, I've decided that the character would be kneeling down, as if it was praying to something. With his destroyed face and posture, I was really satisfied with the global look.
For the final renders and the colors, I've made a sort of cavern / depths / forgotten ruins mood.
With the fog and the columns, there are no clear floor, no clear ceiling, juste some idea of space and strange architecture lost in time.
I'm not totally confident with the halo, but at the same time, I think it gives some cool lights on the global composition, so it stayed. And at one time, you must settle and stop, or it would be an endless process of corrections ? 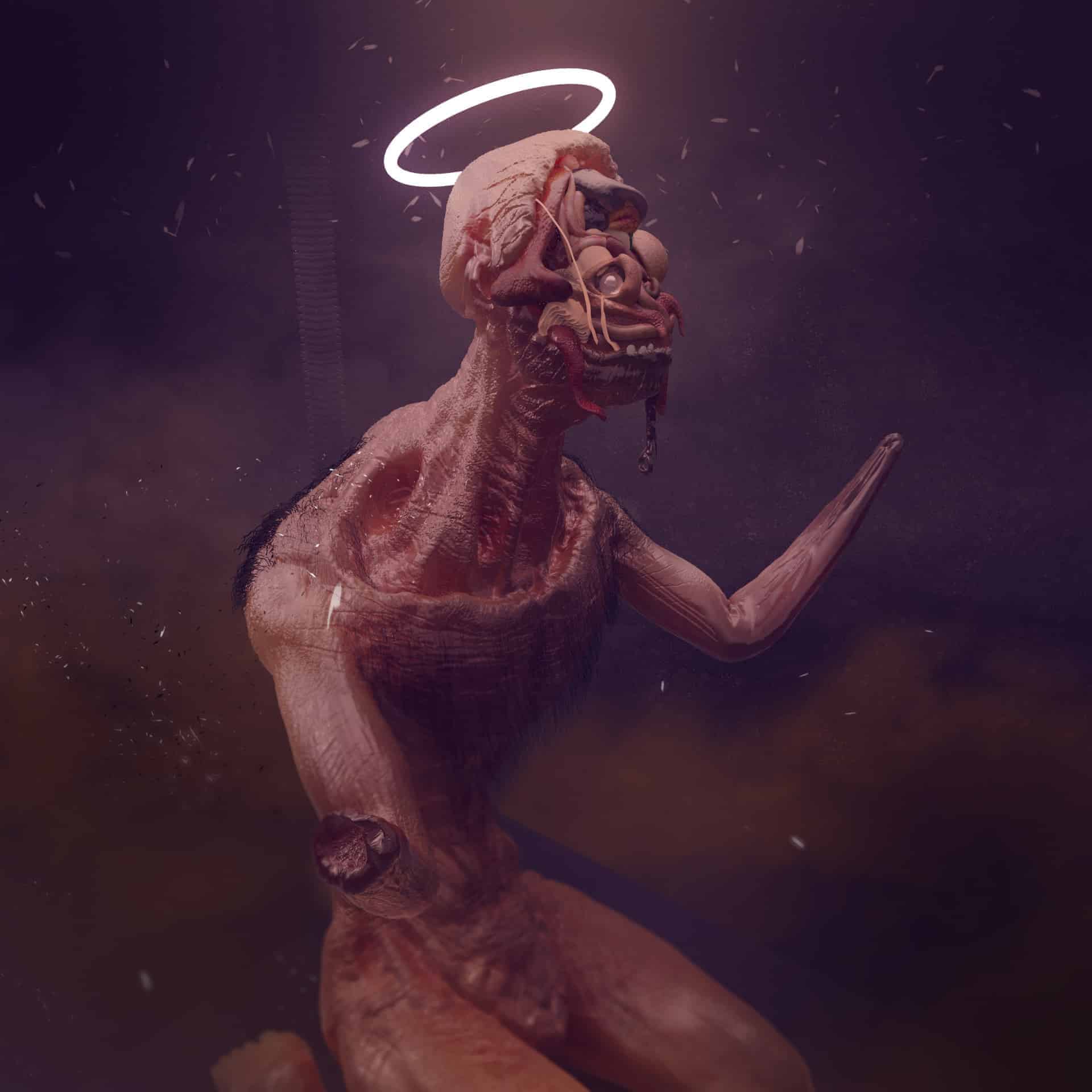 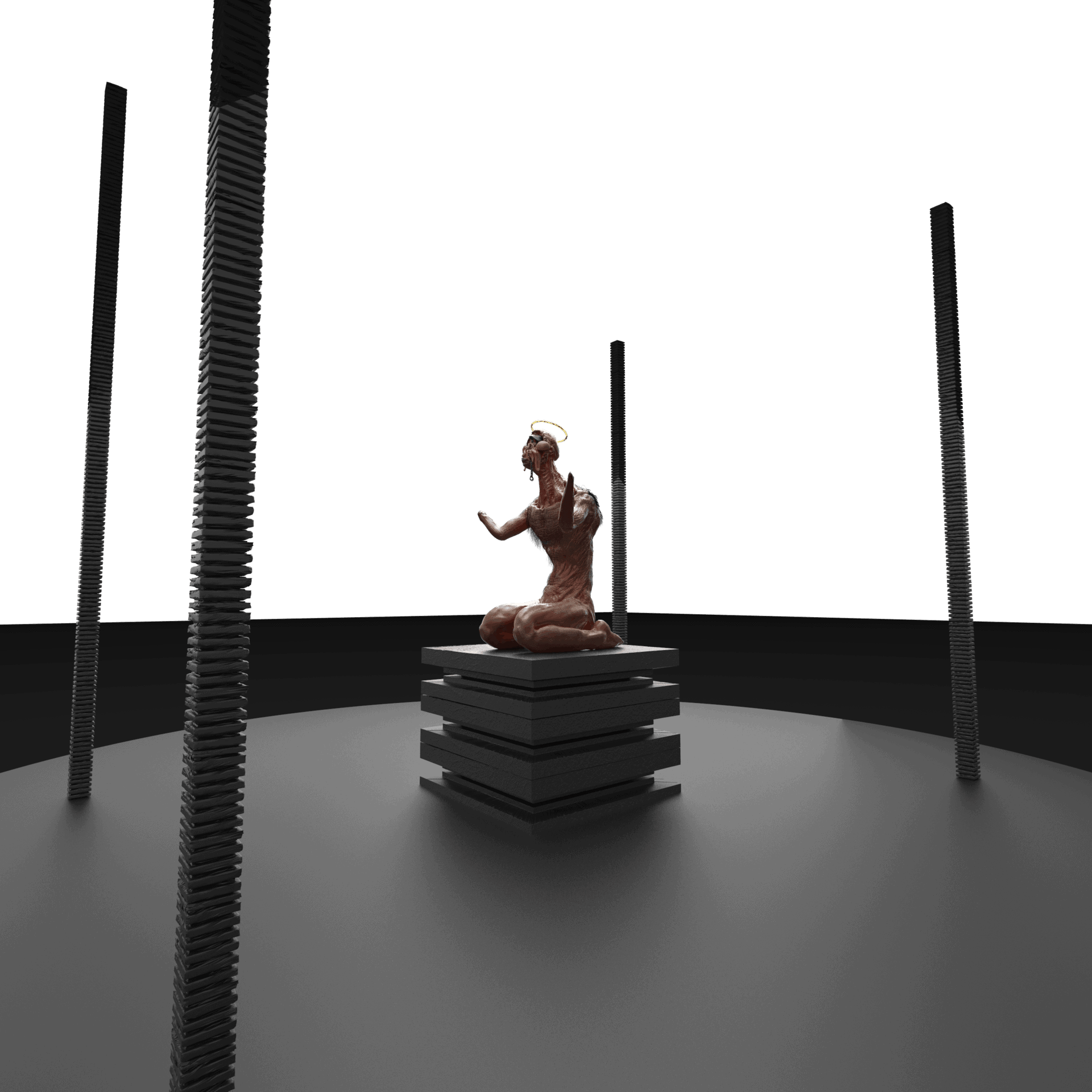 First, I've sculpt the elements of the head on zbrush. After toying with it for a quite a long time, I've made the body, and the kneeled pose.
The columns were added to give depth to the composition.
Once satisfied with the pose and the modelling, I've set some renders on Keyshot. I needed to have different ones, from neutral to some with strong lights and reflections, in order to give some strong emphasis to some details on the final composition.
I've created the pseudo-volumetric light using Photoshop, with some particles and the foggy ambiant.
Being an improvisation exercise, it was a really pleasant process ; I had almost no idea where I was going with this composition until the end, where all the pieces came up together. 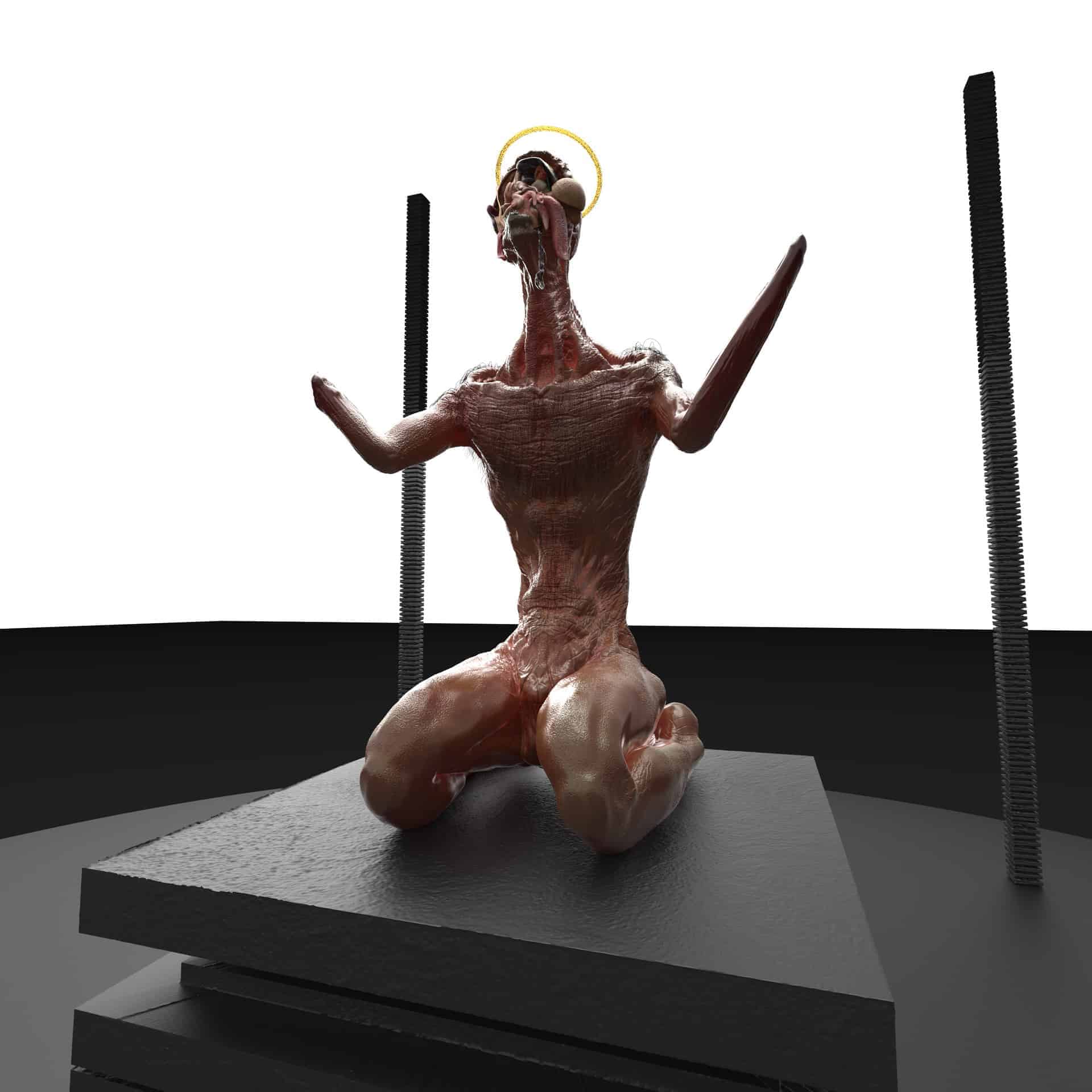 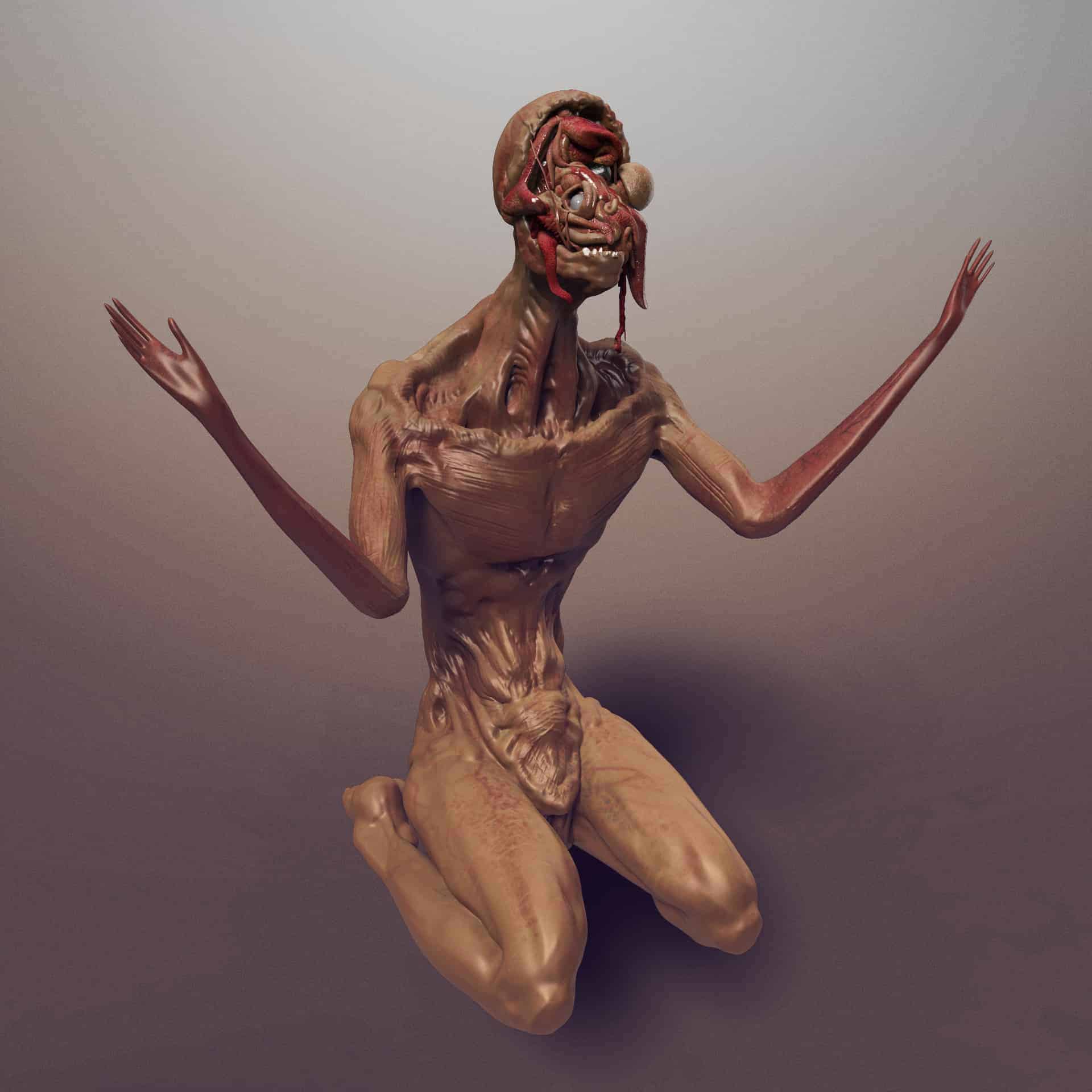 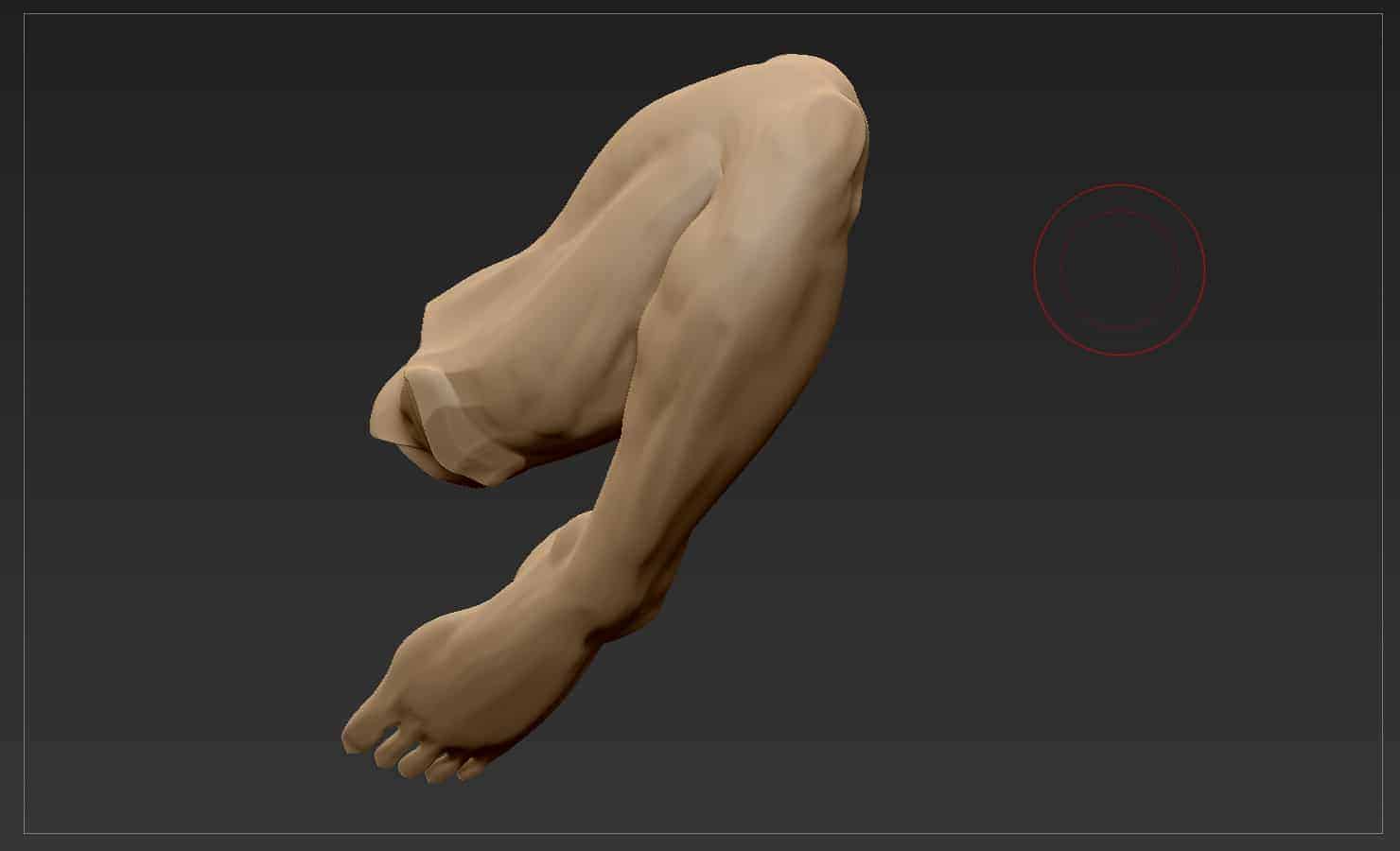 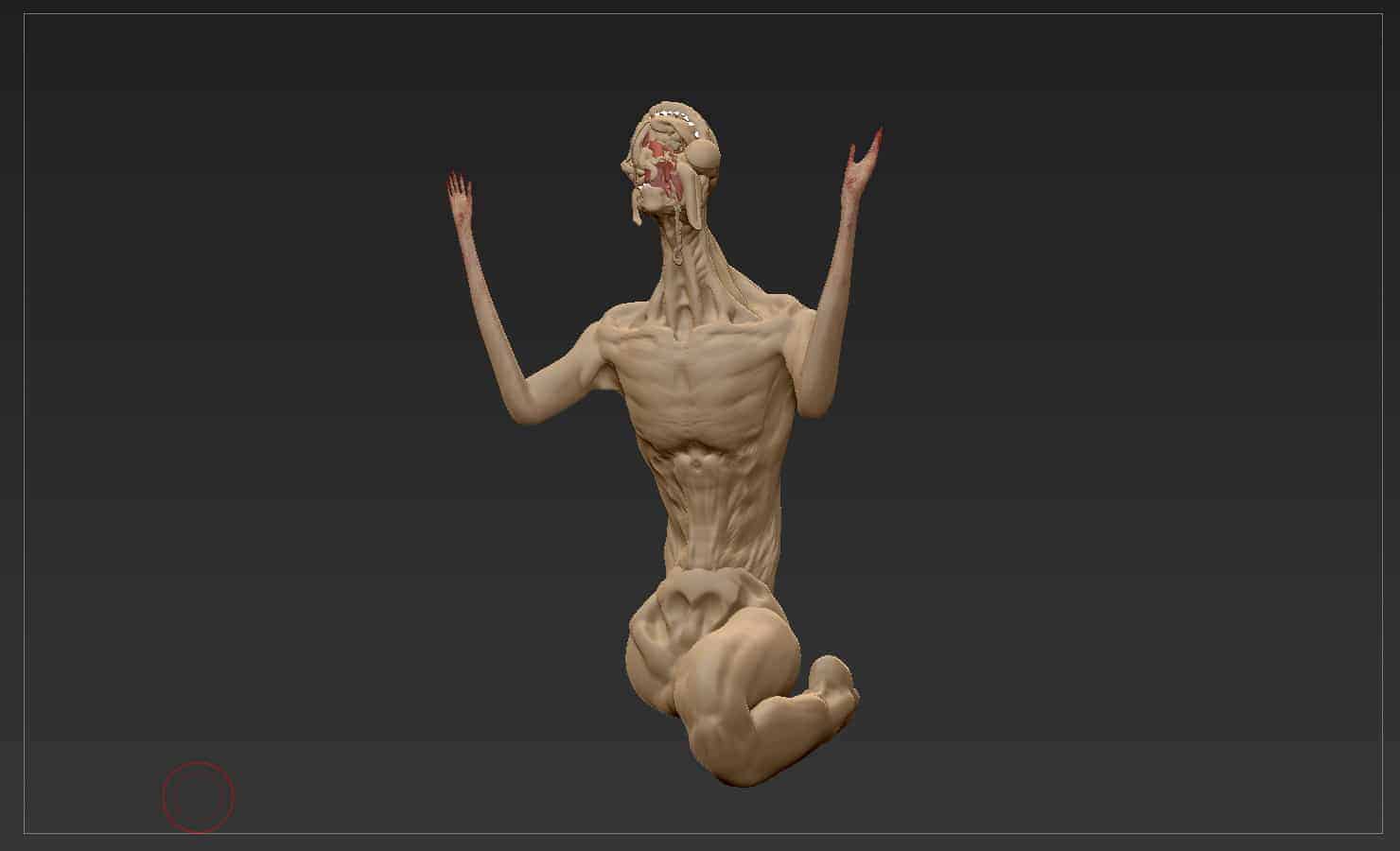 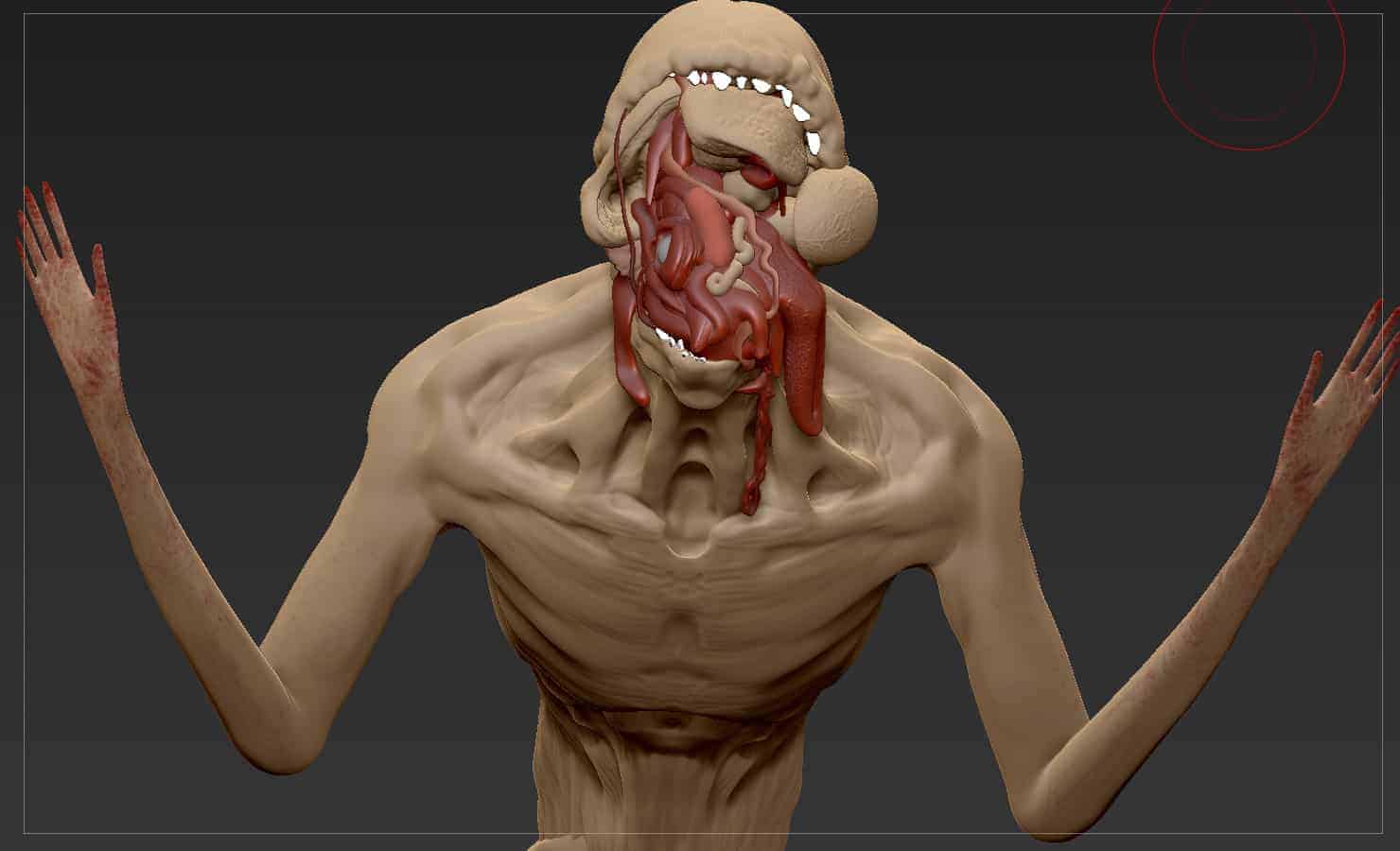 Well, I've shown this project to people around me, and the feedback was positive.
I've also shown it to my parents, and their answer to it was that "this guy might have some problems blowing his nose" ?
Globally, people have liked this project, and obviously it make me happy.
But more important, it encourage me in my decision of making more illustrative and personal 3D projects this year.
With that one, I've strengthened my knowledge in Zbrush, and I've spent some time to analyse the anatomy of the legs and the kneel pose.