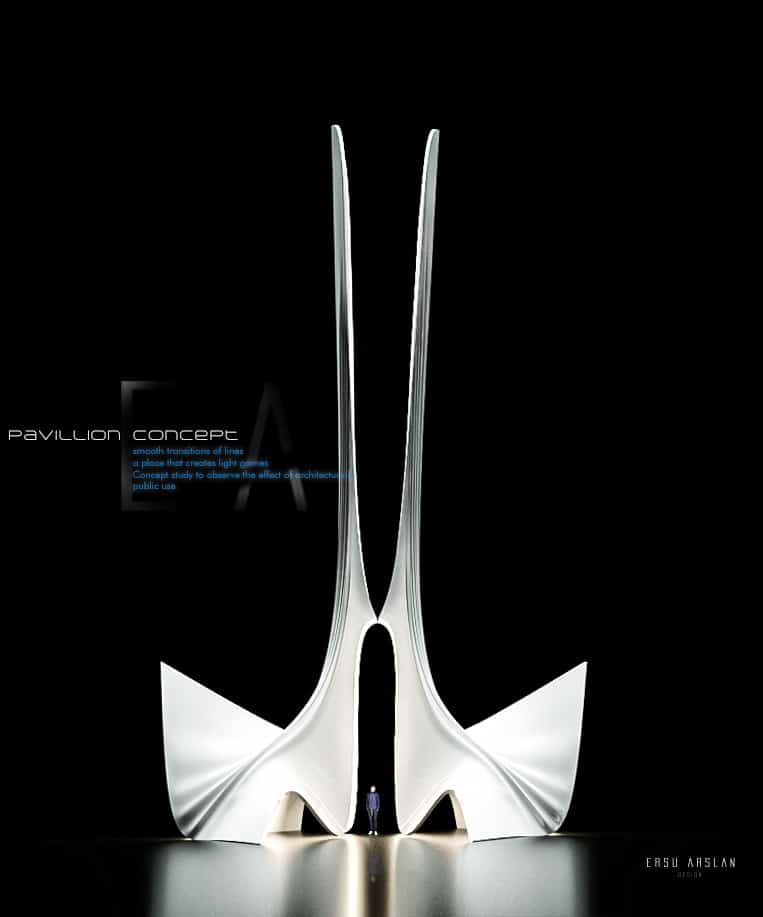 I think that today’s skyscrapers and high buildings are not accessible to everyone and belong to the beloved ones constitute a problem for the people and the city.I used concrete and white glossy color for surfuces.
I wanted light to create new perceptions on fluid surfaces.

The software I used was 3Ds Max for modeling, Corona Renderer for rendering and Adobe Photoshop CC for post production.
After the idea, I started sketch. Human forms and dynamic forms with modern lines. I have been working on parametric design, organic forms and projects for about 3 years. I am trying to use as little as possible the software that designs and prepares codes for designers.

I modeled an idea and I had the chance to feel the effect it had on digital though. I had the opportunity to think of different ideas and forms when making the project.
People say that the project is interesting and that it will be able to customize the place where it will be implemented.