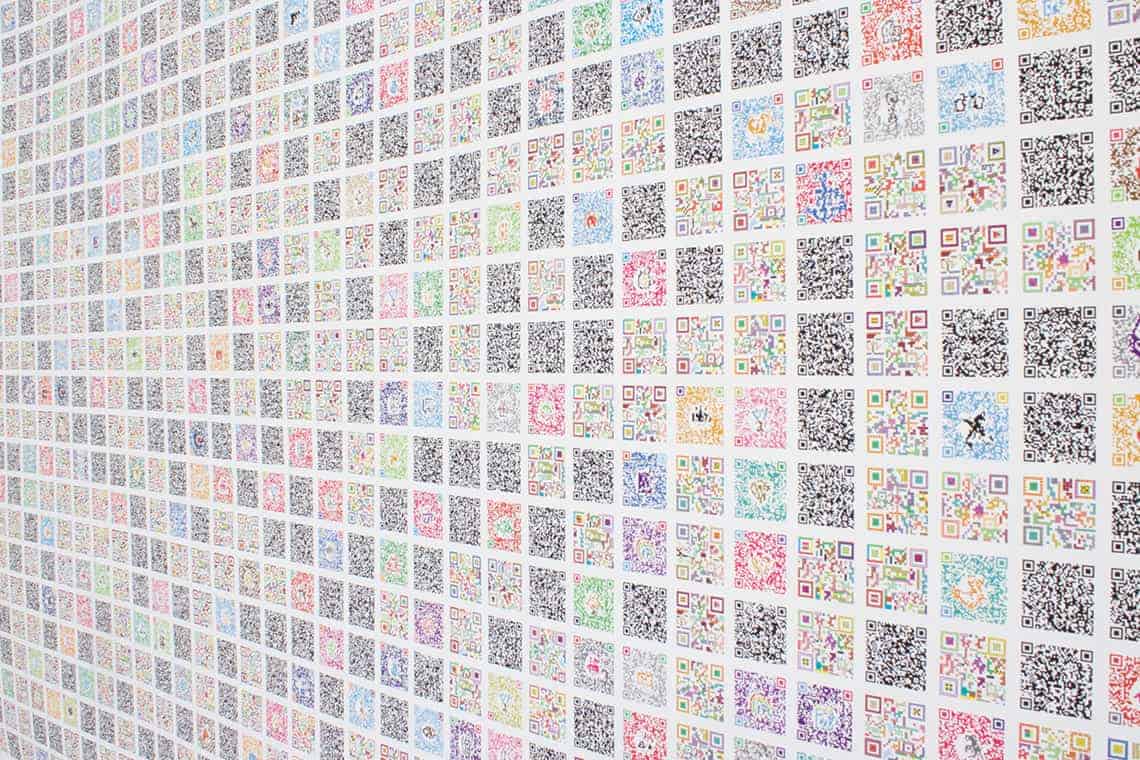 Randomness used coding to produce an engaging experience for the viewer. If a viewer scanned a QR code, he or she received a randomly generated Haiku poem. The purpose for this project was to let the viewer pick
a random poem, interpret it in their own way, and create their own story. To represent the relationship between legibility and illegibility, I designed each poem in three columns by using two di erent fonts: one is legible, one is illegible, and the third is the combination of both. 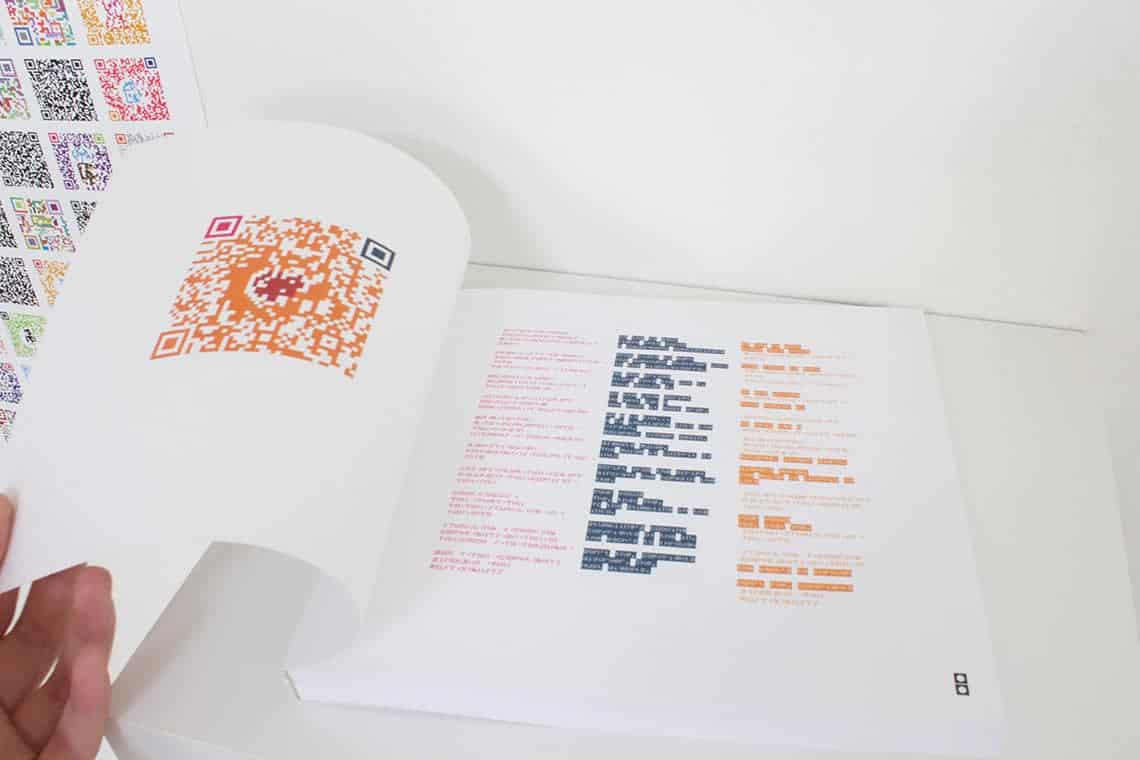 The idea of Randomness, whose occurrences can be found in our daily life, for example, you go a Chinese restaurant and when you are done with your meal, you will get a fortune cookie. You might think that they sentences, words, and maybe luck numbers written on the paper in those fortune cookies are designed specific for you. Actually they are all random. In addition, the idea of random can be easily found in nature, as well as the history of poetry–poets have several random words and they need to create poems based on the words they have.

Color plays an important role in stimulating and attracting people’s attention, which is another important element in my studio practice. In this project, I set rules for the color choice. I purposefully chose three vivid colors in different color families for each iconic QR code, and the text in each column was written with its own corresponding color.

In the project, I used Adobe Illustrator, InDesign to design the graphics. I also used online open resource to come out with the QR code design. The book I created includes all the random poems, and the QR code next to the poem is specifically created for that poem. Among all QR codes, there are three types: the general black one; the colorful iconic one which looks like an image and still functions as a QR code; and the third one, which is the geometric one that looks like image and does not work as a QR code. Different types of QR codes represent the similar relationship between image and type. 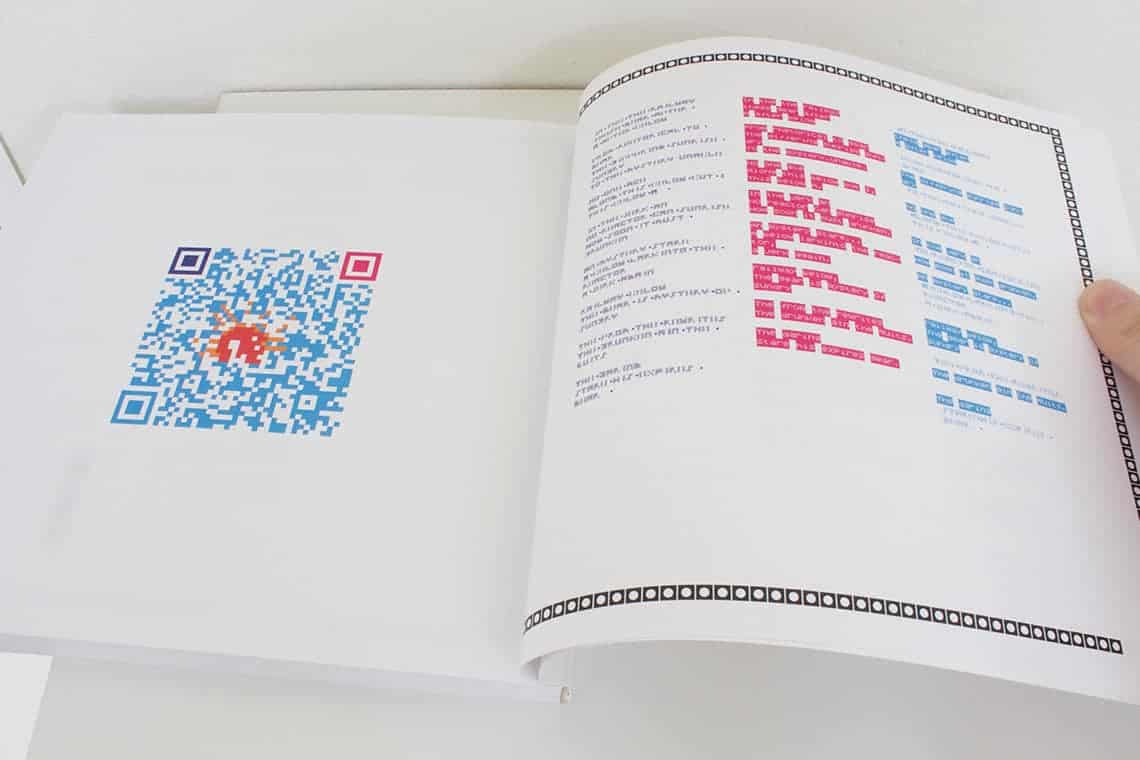 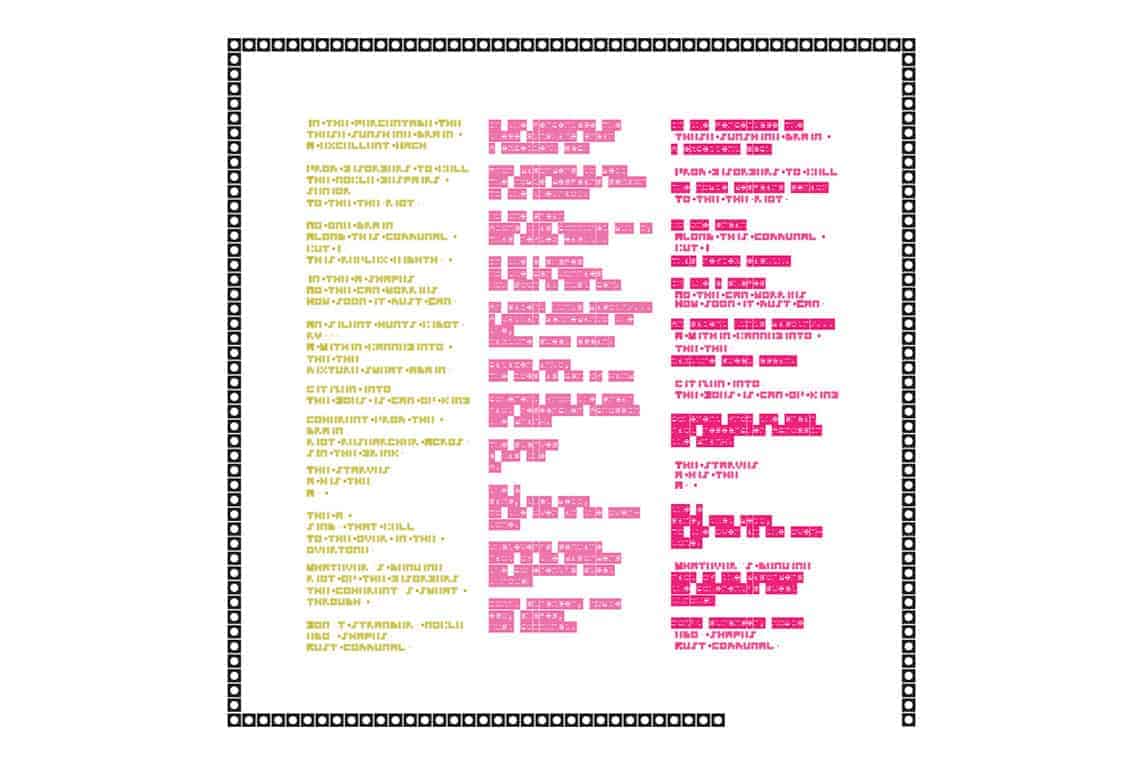 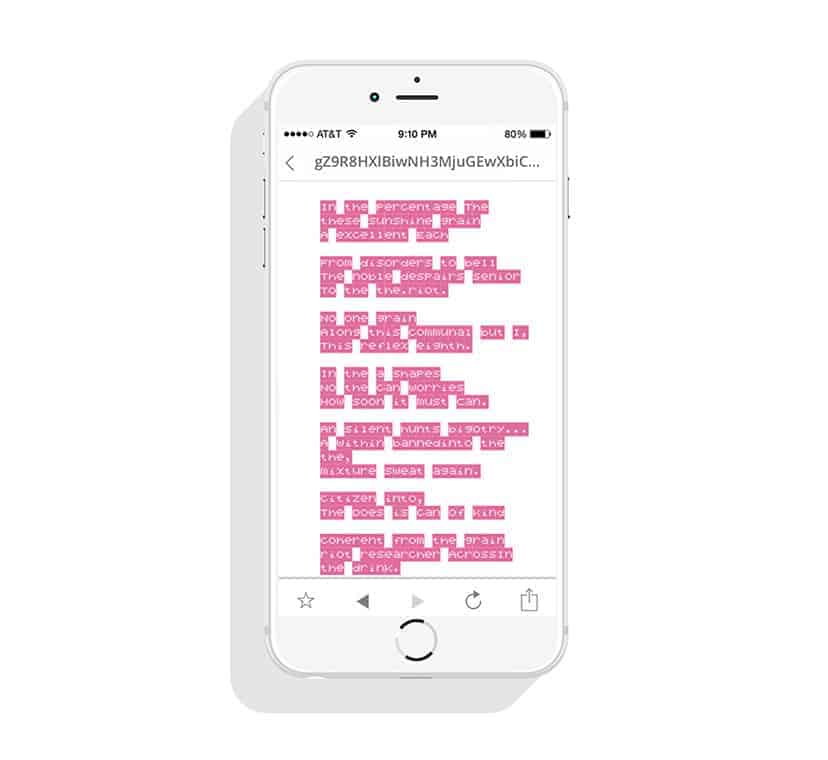 A lot of people use their smart phones to scan QR codes read the random poems when I showed the piece in the public space. I learned a lot from the process by research other artists work and their approach to the similar concept. For instance, John Cage’s chance operations, Merce Cunningham’s “Merce Cunningham chance operations”, and William Burroughs’s “the cut up method”.

My work explores the relationships between type and image, the forms used to subtly communicate. As a Chinese woman living in the US, I am in an in-between position, which also brings a distinctive perspective for my thinking; being and making. Rather than letters, which are used in the language system for writing and reading, I see type as forms, which has in nite possibilities. As a designer, I understand the need for legibility, but I am more concerned with communicating something more visceral, expressive, and imaginative. Instead of drawing conclusions, my work seeks a eld of discovery, one that requires inquiry as opposed to conclusions.