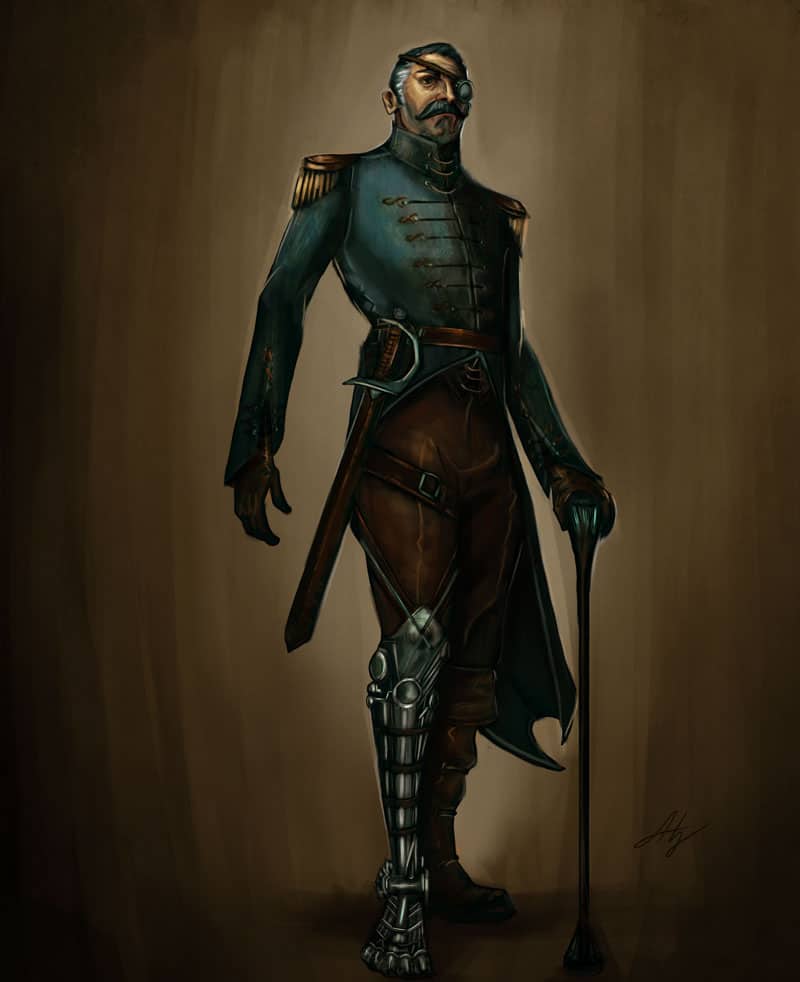 Character design painted for practice. He is rebel Admiral who has been betrayed by his new King after which he rejected all regalia so now he is on mission to find a true and rightful ruler of kingdom, a long lost Kings sister. =) 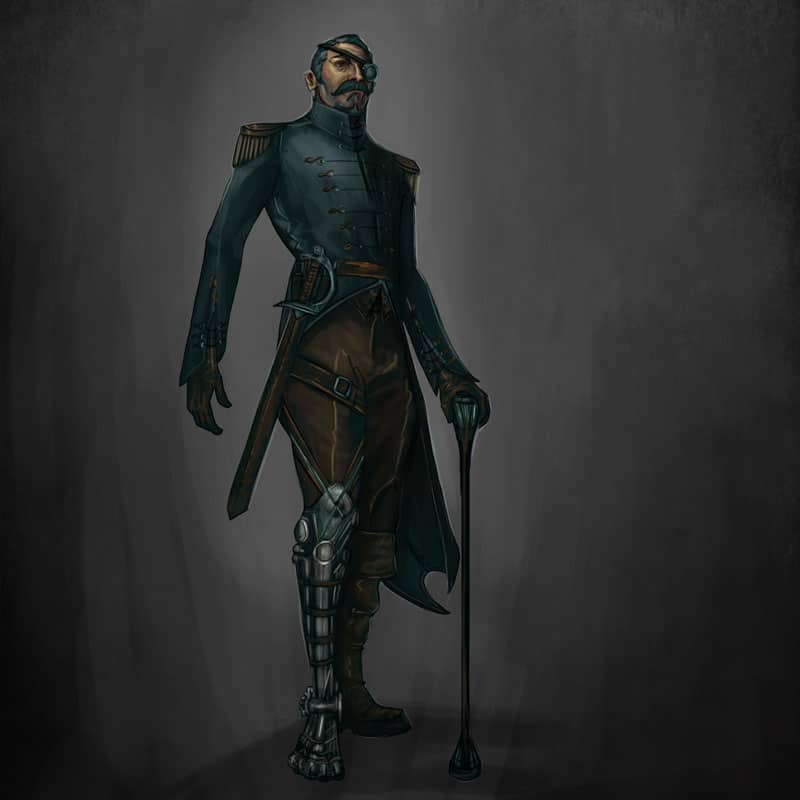 I decided to paint character which I have in mind for a long time. General idea was the steampunk style, so the colors were chosen to fit that atmosphere. I also try to achieve an oil painting portraiture style, with some modern twist, so that Is why I add mechanical leg, but that mechanical is part of his character, he is someone who have tough life, and his general pose needs to represent that. 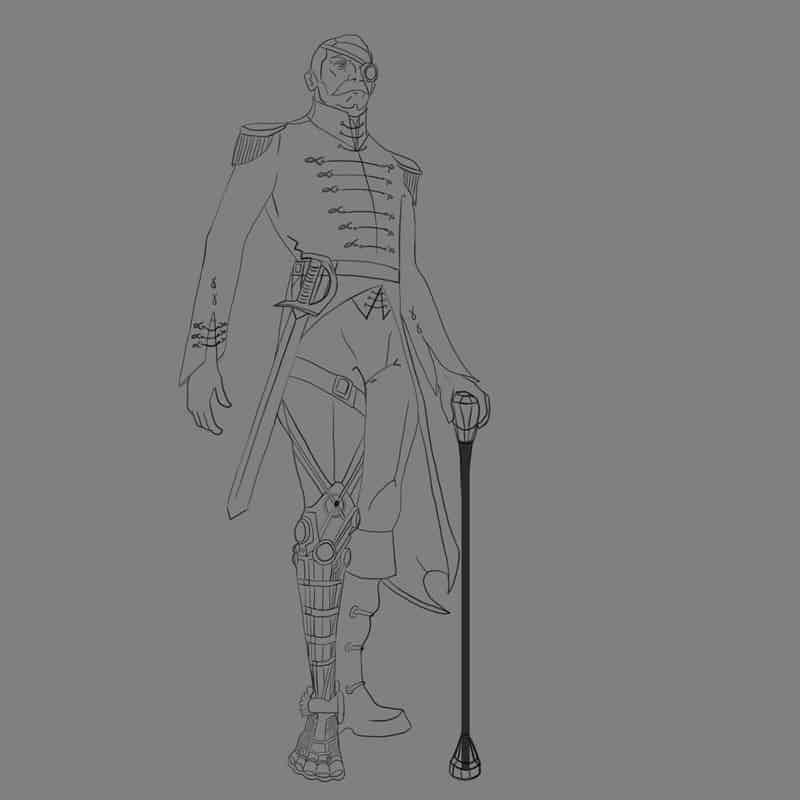 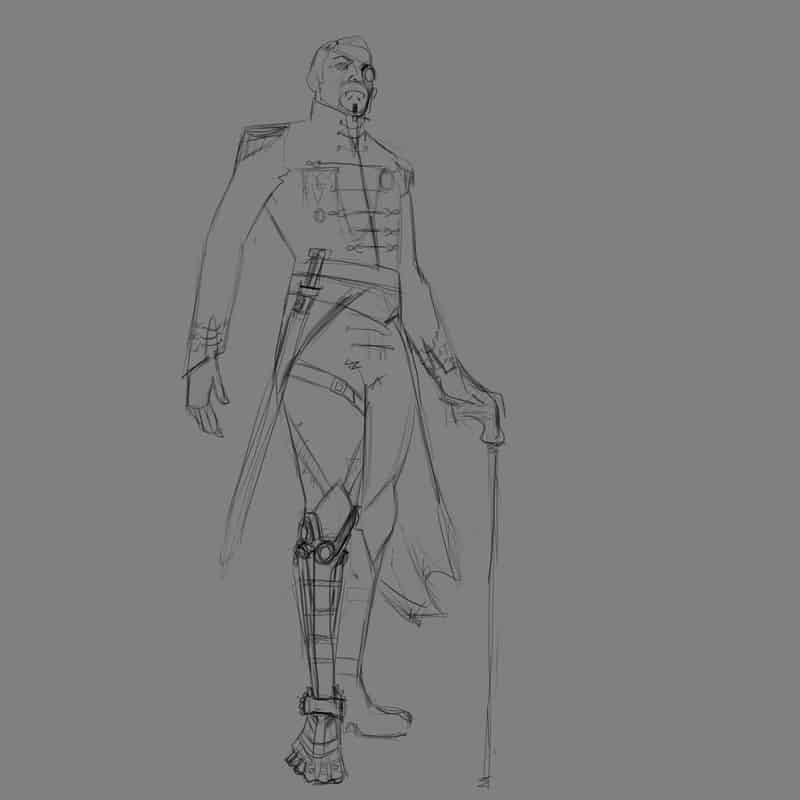 My general workflow goes from sketching roughly main idea, after which I define my lines trying to do final sketch before inking. After that I usually first paint portrait on top of my flatten color layer and also rest of painting.

I heard pretty good response about this one, but as always, I think there is a place for improvement. I’m happy about this project because it gave me some new ideas about two more characters from the same world. I’m currently working on them, and cant wait to present that illustrations. =)