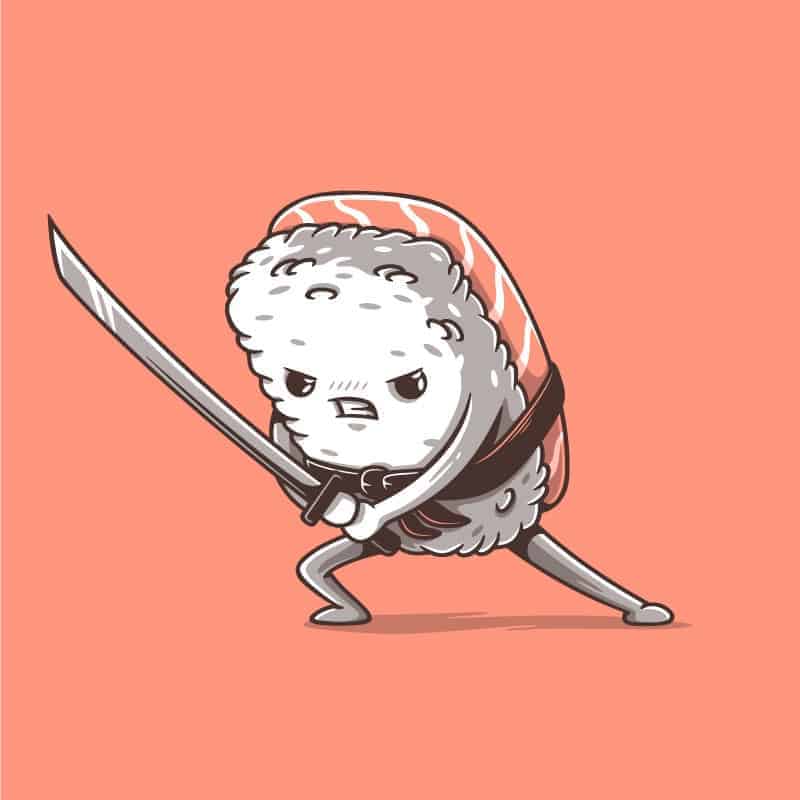 Samurai Sushi, is a set of characters Elia Colombo made to stay in touch with his followers on Instagram. Samurai Sushi comes in four different nigiri in four samurai poses. Elia noticed a good impact of his sushi based illustrations to the public, so he thought of these characters.

The idea came to me when I was thinking about a quick series to represent something fresh and funny at the same time. I really like to play with sushi in my artworks and My colors selection has been influenced by experience (experience drawing sushi, of course)

The process was really simple. I started with a classical sketch on paper, then I moved to adobe illustrator (as I usually do) to digitalize the basic draws using my own lines and colors style. It comes of a 100% vectorial project.

The project had a nice impact on Instagram and behance as well. I learned that a strong concept is not enough to please people (I’m a conceptual illustrator), sometimes it’s just a matter of having fun without trying to send out a specific message (this series has no messages behind, it’s just funny)

Elia Colombo is freelance illustrator designer based in Italy. He’s focused on conceptual illustrations and he constantly seeks for perfection in simplicity. His 100% vectorial work are always sharp and clean, in any format, on any medium. He loves silence and meditation, and this is why he’s not curious at all: a very strange fact for a designer!