Show me a garden that's bursting into life

I went into this one with zero plans or expectations. Just began drawing (the hand, which was horrible at first to be specific) and then things like the head and torso began taking shape and I figured it's original and intriguing enough to continue. And I'm glad I persisted because, to be honest, that halfway point, where your colour base is painted in and you're ten thousand little texture strokes away from anything decent is mind numbing at times.

The idea came at me randomly, by just trying to draw, honestly, I don't know what, I just doodled around. When I got to the lower part, the leaf skirt or so to speak, it was clear to me that the colours need to be vibrant. Well, that changed, because it was taking far too much attention from the bark part of the illustration. So I decided the whole thing would portray nature falling into autumn, hence the washed up colours, with something included that would resemble rebirth and along came the shiny rose. The material was, in part, decided by the illustration itself. I didn't have much room to decide around the texture of flower petals, which then decided the wooden texture of the head and torso, which in turn narrated that the horns and decorations should be made of vines. 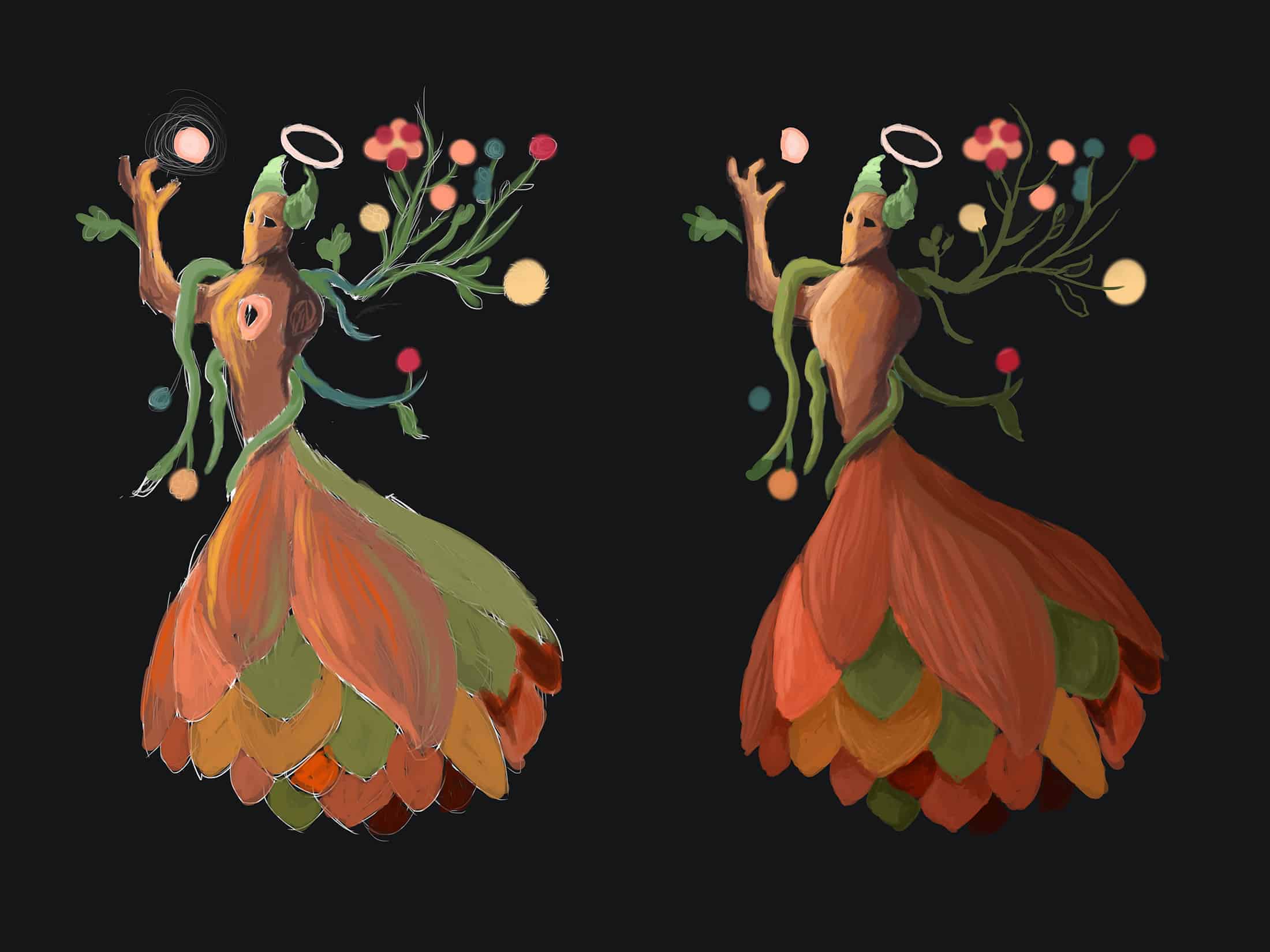 I used Adobe Photoshop and a Wacom Bamboo graphics tablet. The whole process from beginning to end was my usual, and as I understand the industry's usual, process. Nothing ground breaking at all, just starting off with a sketch, making that sketch a little more refined, adding in colour (some add in values with greys then colour, I didn't see the need for that here because I knew what I wanted with colours), then spending most of my time on texture and just finishing up with final details and lighting. One thing I do differently, and wrongly, may I add, is that I do the background in the end. Bad habit. 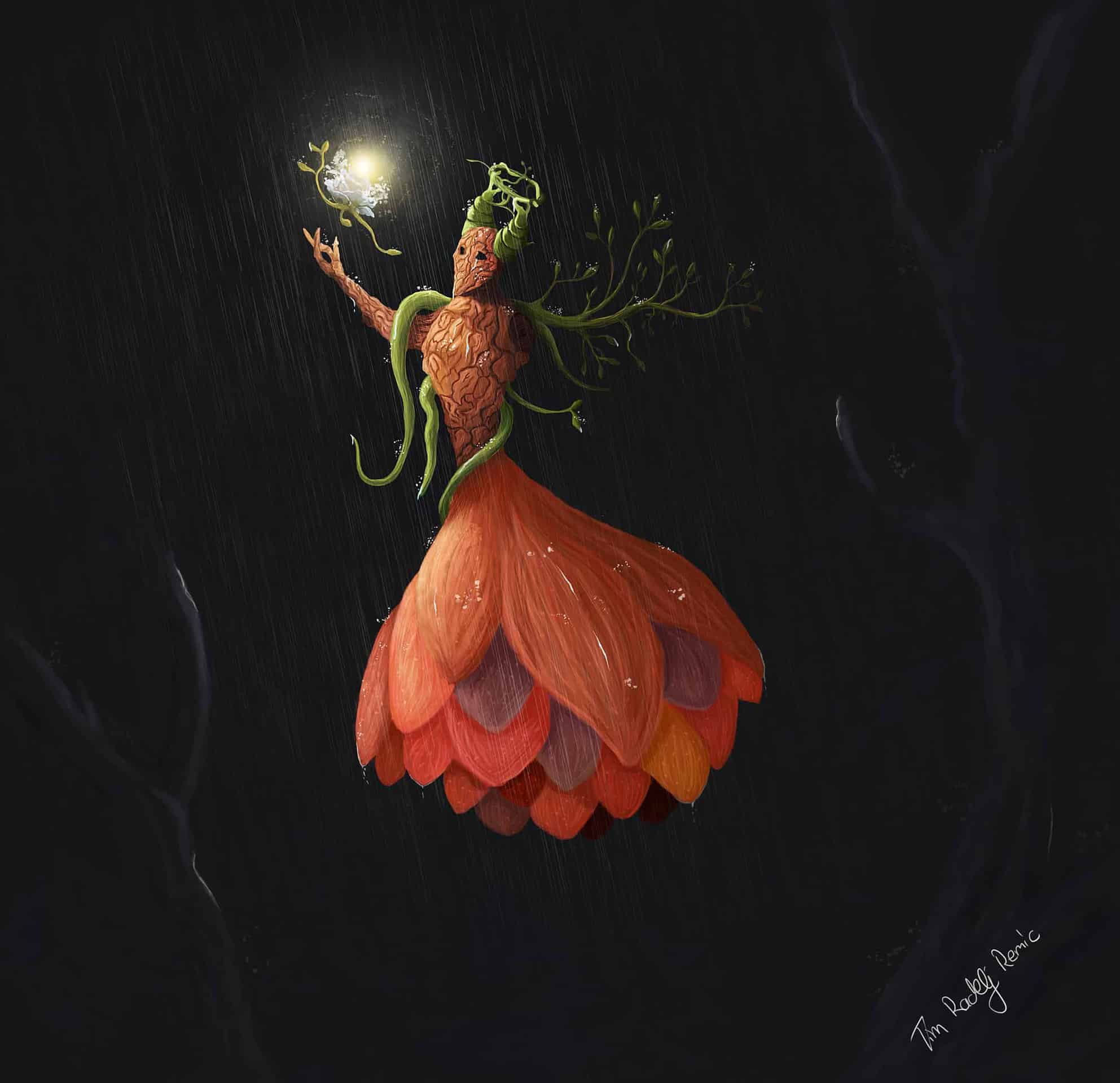 People liked this project a lot. More so than most, in fact. I raised the bar a little higher for myself with this painting, which is what every artist, designer, creative (however you call it) strives to do. I learn something new with every project, be it patience or actual skill. In this case, it was both, especially when creating the textures. This was my first time trying to seriously portray tree bark and that meant I had to learn how to do that and I did, by observing and trying and failing and refining.

I'm a graphic designer from Slovenia and I am a graduate of IAM - Institute and academy of multimedia. I love illustrating, creating icons, logos, vectors and even drawing, mostly, of course, digitally. My chosen tools are Adobe Illustrator and Adobe Photoshop and I'm very proficient in both.
Website
Sponsored
Illustration Techniques to Unlock your Creativity

4 comments on “Show me a garden that's bursting into life”