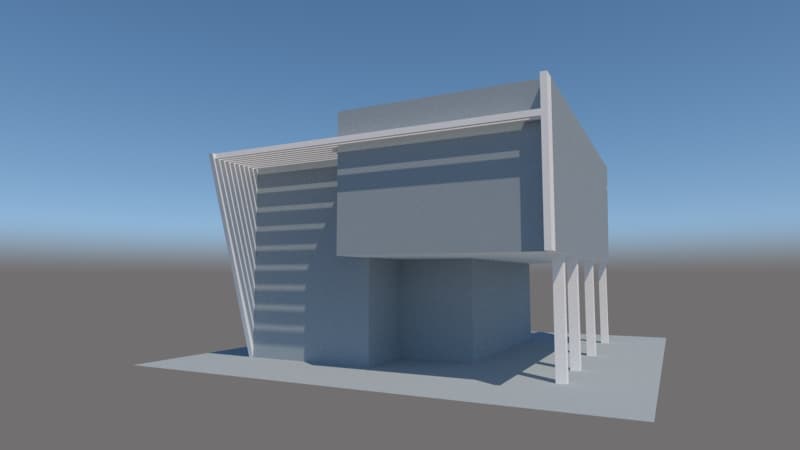 It is a modular design of a house which is formed by two levels in which the activities of public use and those of private use are separated; There is also a double height connector space with a focal point in the space path of an open courtyard 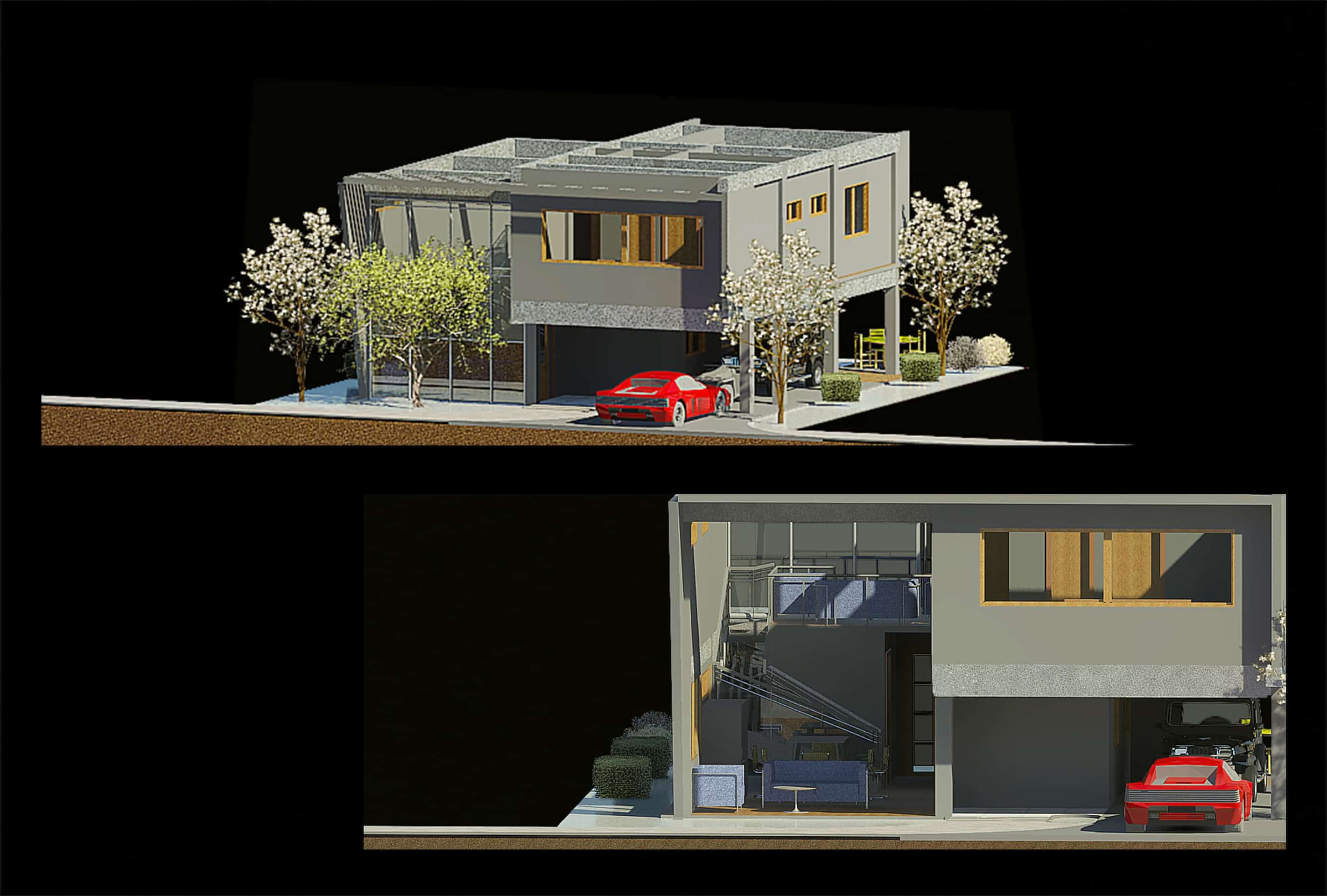 A system is sought in current trends in which it can be a modular design, that is, that the variables can be repeated adapting it to the context.
On the outside, the transparency of the glass and the solidity of the wall are used to make a constraint and compositional play on the facade 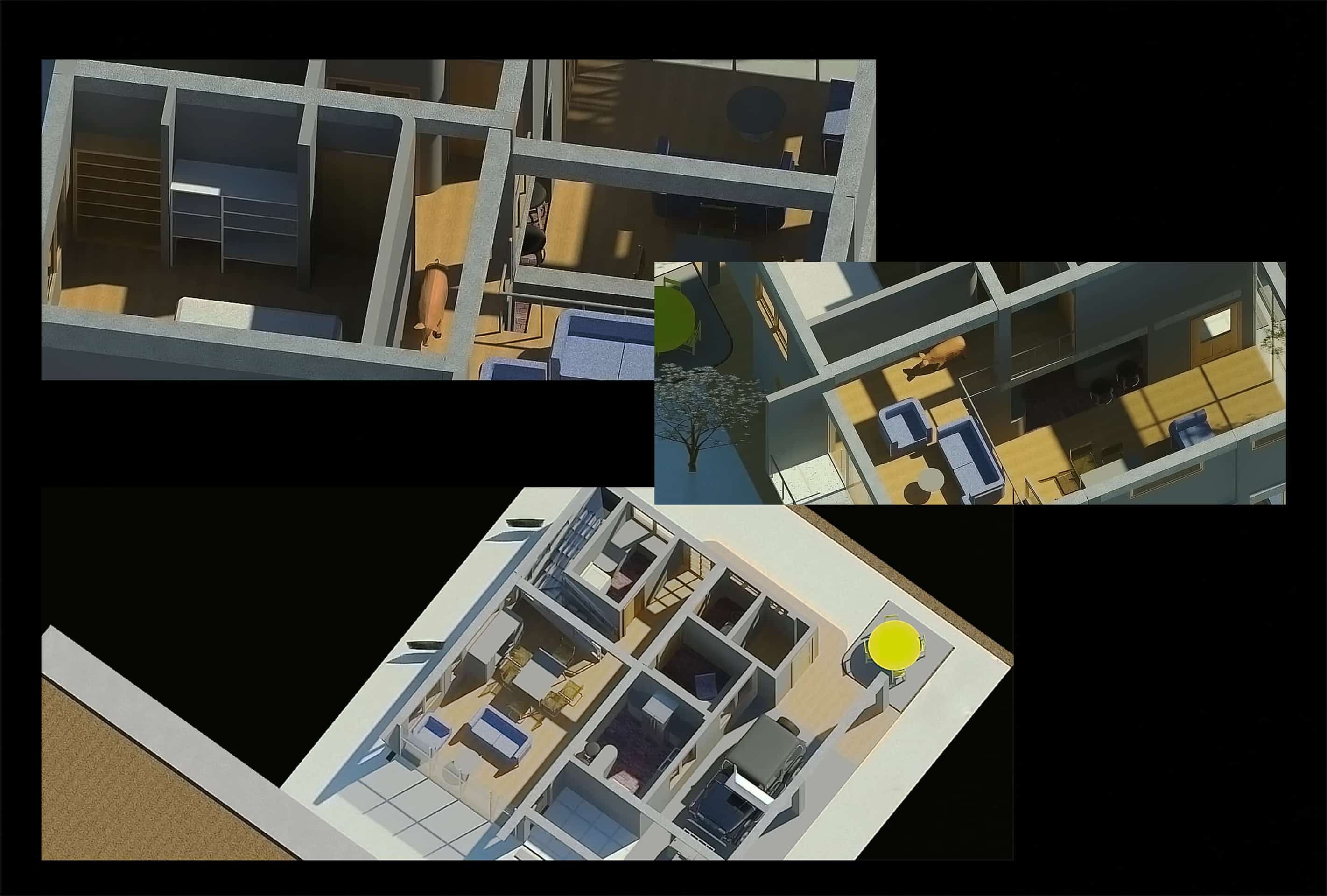 It began with the previous ideas in sketch, which after a brief diagram of areas would be done to make the first lines in autocad and parallel to it 3D modeling in sketchup; later on we proceed to pass the design and perform its subsequent survey in Revit and its rendering

Positive, the coexistence with the client in addition to the practice of design and the brainstorm of ideas that must be handled in the best way to conclude and solidify a design, the magic of being able to express is undoubtedly an art that must be stimulated in order to develop