Sometime ago New York based customer reached Iteo.co to build great project: an app called Split, which gets you rewarded for sharing recommendations with your friends. You can “Split” links within the app and with a use of a custom “Split Share Extension”. Afterward you both get rewarded as the payout also gets “Split”, hence the whole idea. Iteo team prepared the whole identity for this awesome project. From a logo to the UI of the app as well as promo materials. 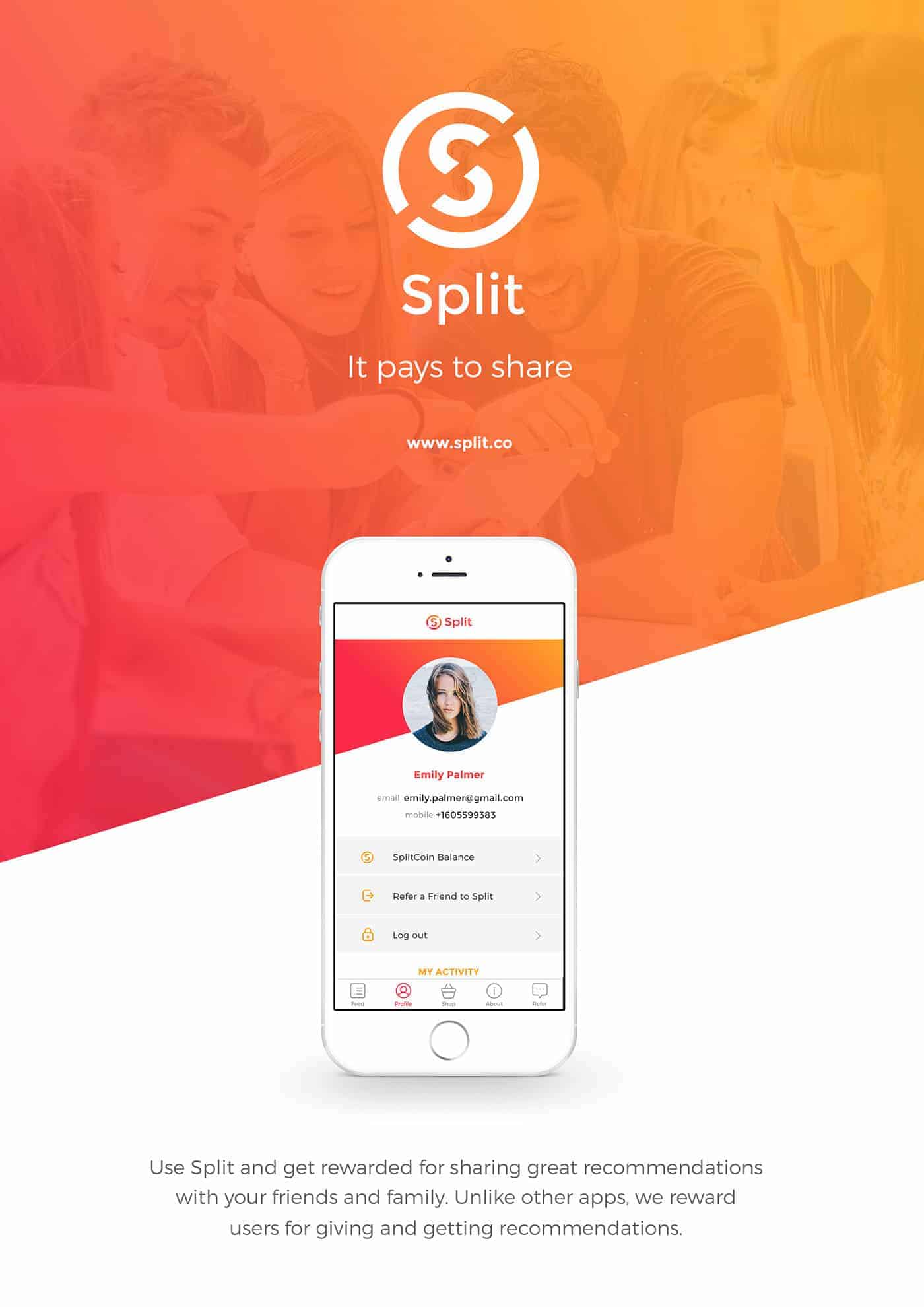 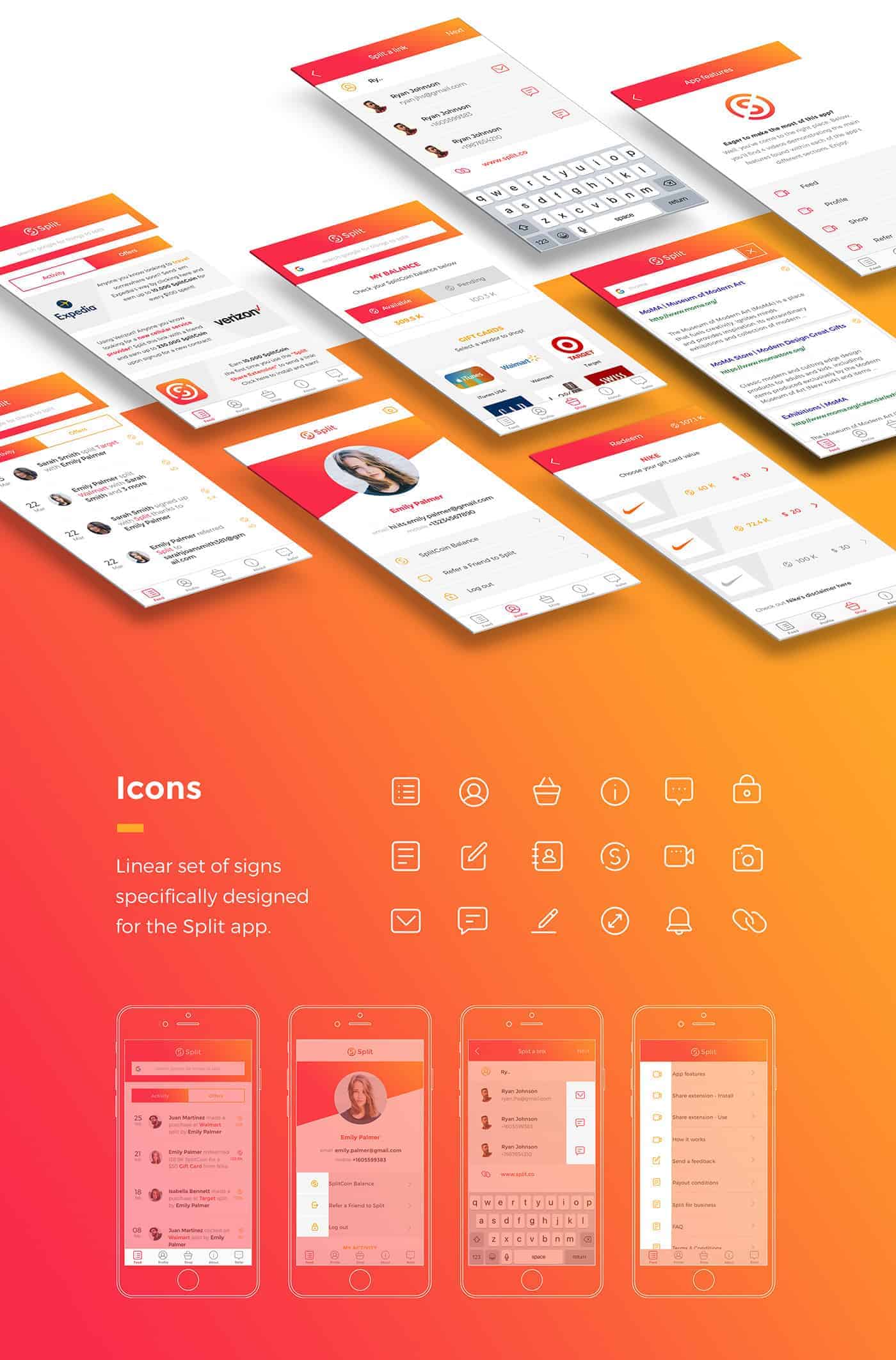 The idea came from the brand's name. We wanted to emphasise "Split" within the logo and the interface. It's the reason why the currency (SpliCoin) and the sign is slashed into parts. This motif is continued along all of the screens (Profile, Feed, Shop etc.). The colours are bald and bright to stand out from multiple similar share extensions which are often blue and green. The app's design is in contrast of vivid colours and minimal form. It's simple yet edgy. We also created an animation which was really fun to do but mostly allowed potential users to grasp what a great app they have in their hands. 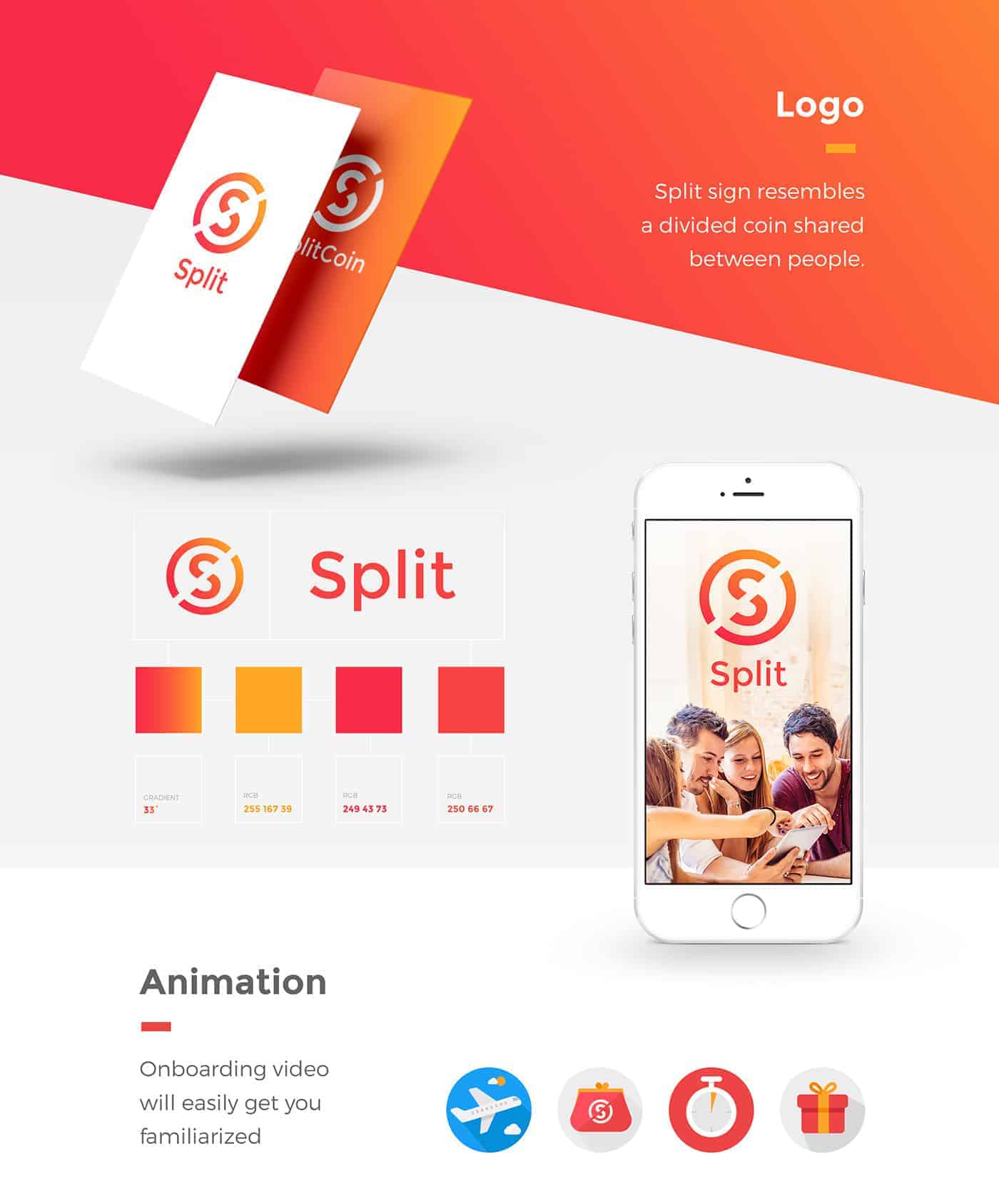 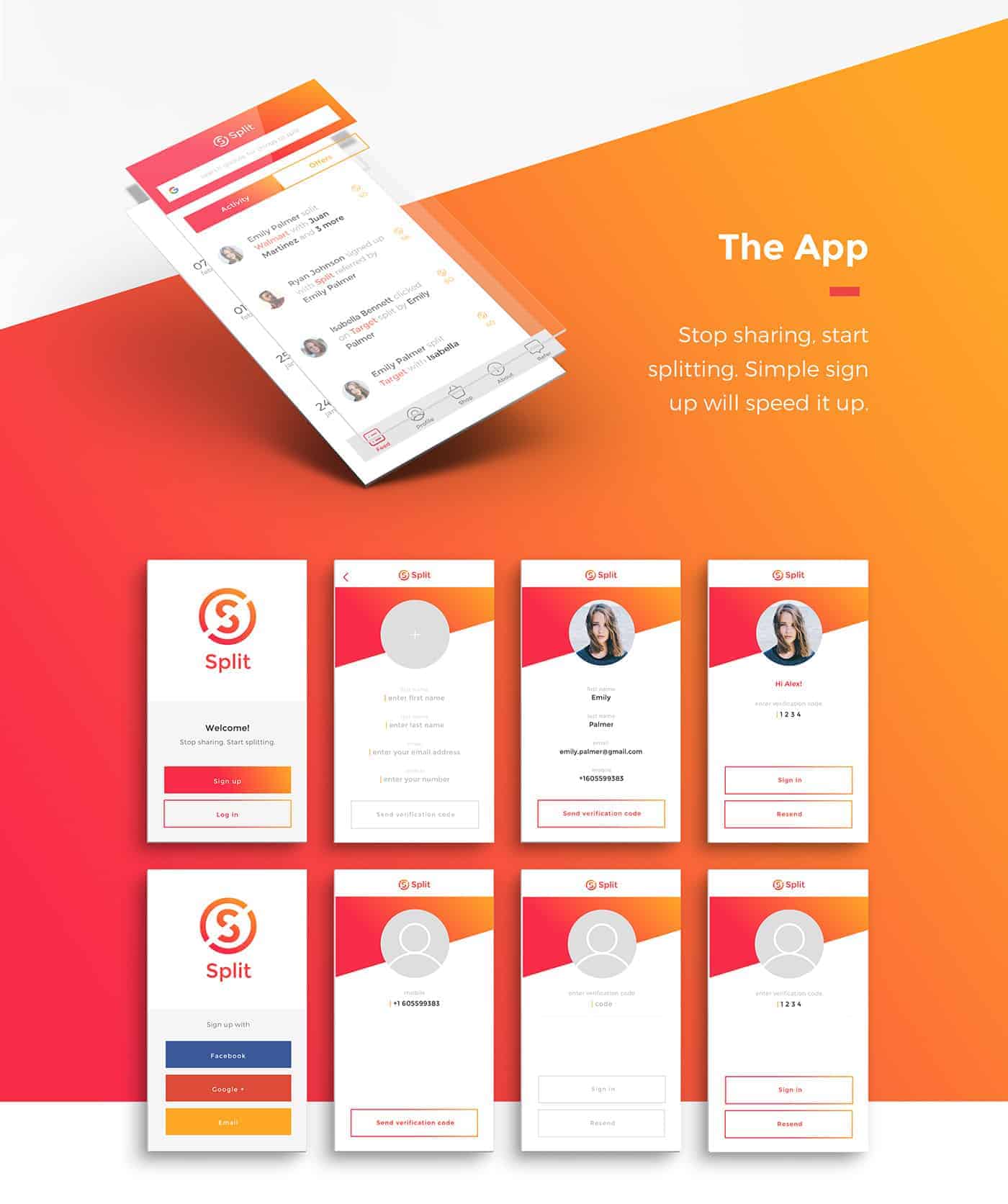 To create the Split App we used mostly Sketch 3 and Invisoin, Adobe CC' Illustrator, Photoshop, Premiere Pro, After Effects and InDesign. We began with strictly drawing, then went to create wire frames in Sketch and continued on design without this cool software. Along with it we were prototyping in Invsion to get the whole idea in one place. The icons and more complex vectors were created in Illustrator. We used Photoshop when we worked on photos and final mock ups. After Effect was used to create the great animation. The post production of it was done in Premiere Pro but also all the on boarding and instruction videos. The final presentations for investors were created in InDesign. On the development side, as it was programmed for an iOS platform, the app was coded in Objective-C.
-Kamila Figura - UX/UI designer at Iteo.co 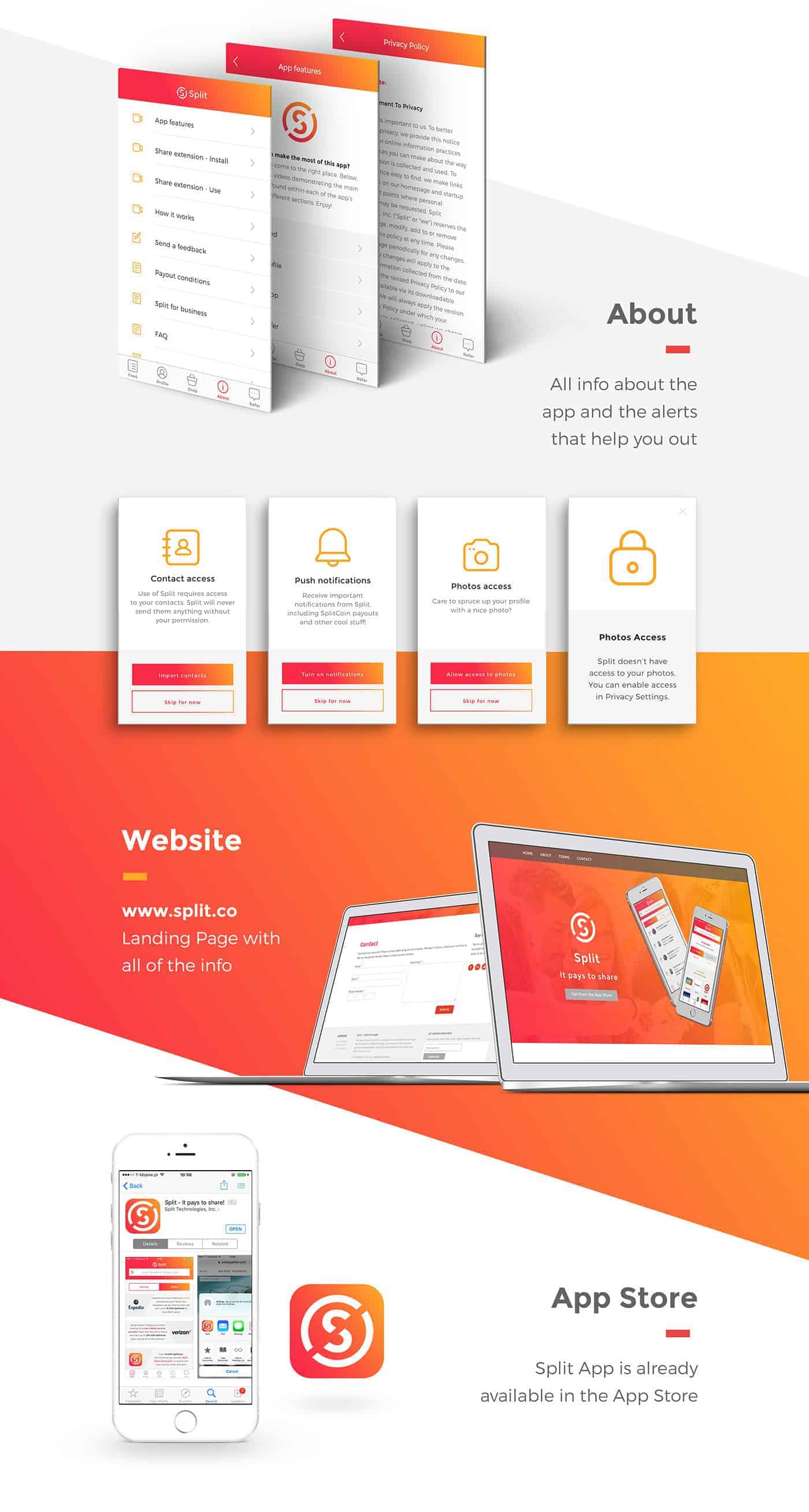 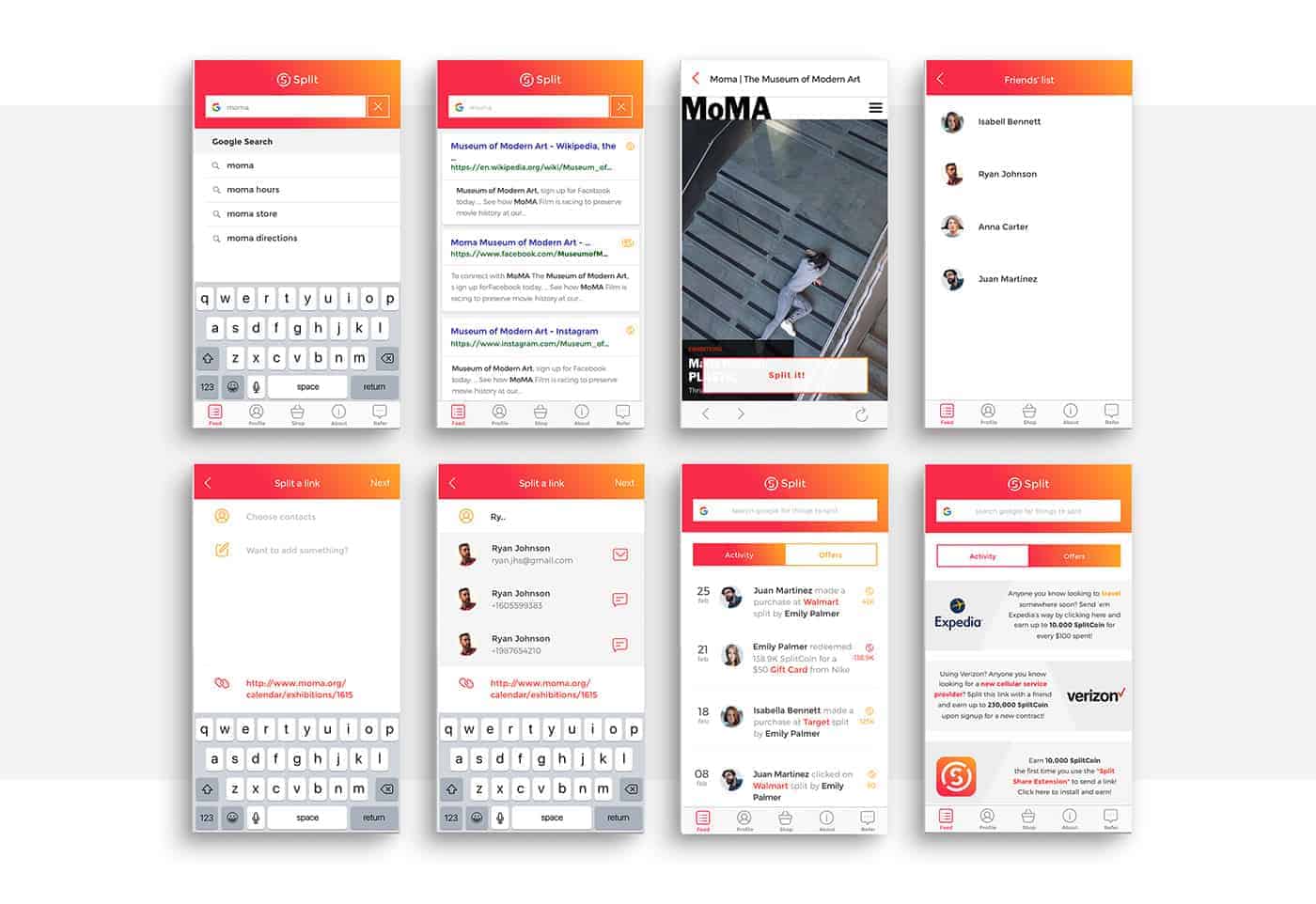 The app was greeted with a lot of enthusiastic feedback both on the design and development side. It's perceived to be fresh and the idea picked up immediately. We were lucky to land this project. Our great client gave us a lot of creative freedom when it came to design and it payed off. The app has a lot of features (even easier to learn once you see the video tutorials) so it was a challenge to make it as user friendly as possible. We learn something with every project and this one was no exception. Altogether it was a great experience and even better app.

Iteo.co is a Poland based Agile Mobile & App Development Company (www.iteo.co). Iteo specialises in mobile and web full-cycle design and development.  Feel free to contact Iteo design team at [email protected] if you’d like to collaborate on some awesome projects or simply wanted to stay in touch.