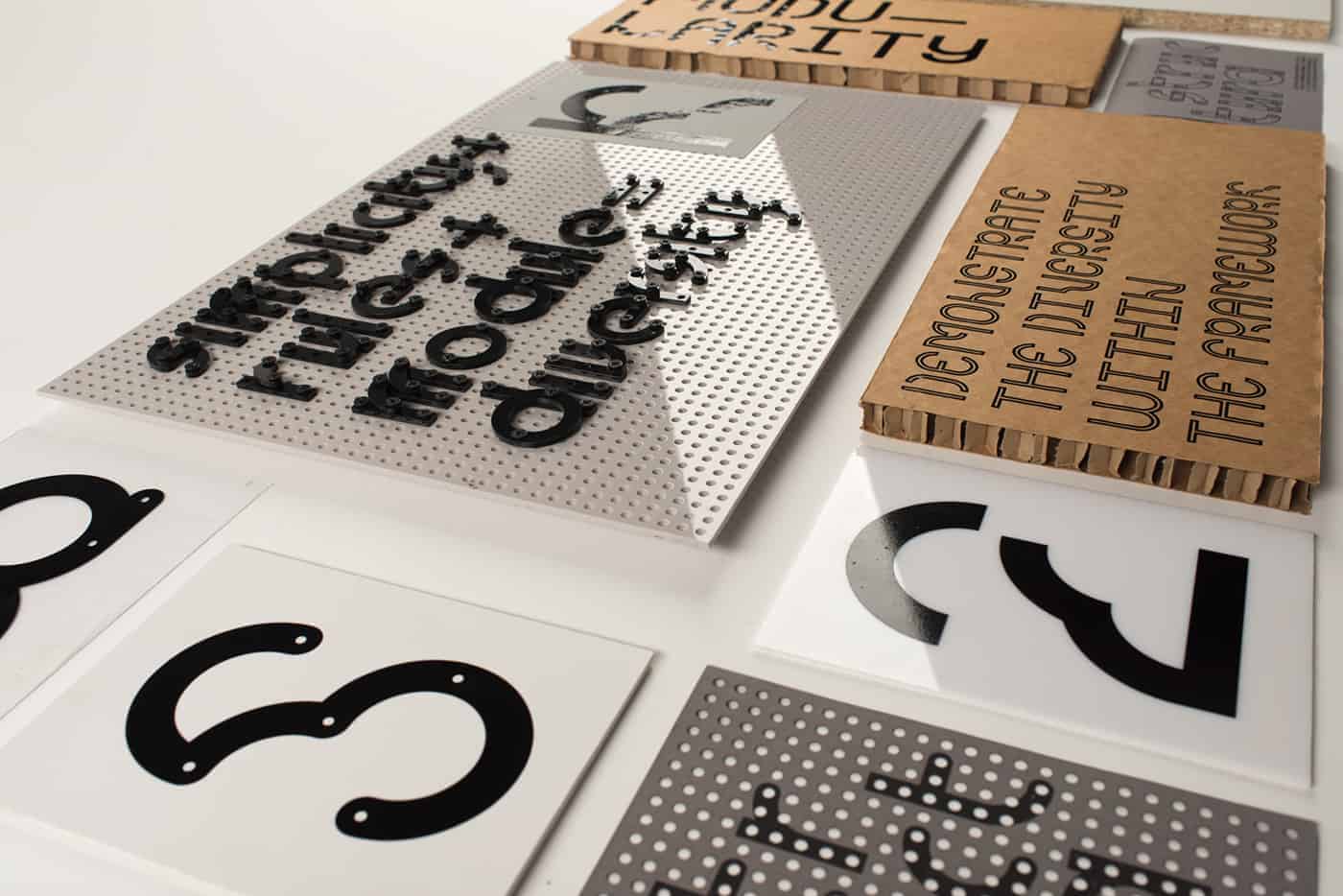 Vika Nurislamova is a multidisciplinary creative designer based in Moscow. Her professional experience includes creating visual identities, illustrations and motion design pieces. Vika has developed a modular structura typeface using six single elements. The designer has pushed the 2D nature of the design by translating the form of individual letterforms into quirky ceramic pieces later

This is a student project. The brief was about creating a response to the word. My word was “modularity” and I decided to create modular typeface for it. At first I started with plastic modules placed on the physical grid, later it evolved in digital typeface with various glyphs and additional distorted letters.

At first I experimented with lowercase letters in Adobe Illustrator, later I used lasercut for production of my modules. I also cut clastic grid where I placed my modules and create this lowercase letters. Later on I decided to develop my original object and drew uppercase letters and another symbols. I had only edgy modules for this time and I thought that my font need to have more styles. So I designed semi-rounded and rounded fonts in addition to original one.
Later I produced posters, cards and type specimen for a presentation of my font family. And as a gift to other designers I created Structura Stencil – plastic stencil for drawing my typeface by hand.

I received great feed back from the tutors and peers in my university. Later on when I published this project online many well-known creative websites (designboom, Etapes, carved journal, etc) started to feature it.

I learned a lot about typeface design from the structural point of view.

Later on, this project evolved into the physical form and I produces set of ceramic object based on my typeface. And I started to call myself a multidisciplinary designer