This picture is how I imagined my teeth looked like one year after I had my wisdom teeth removed.
Originally I thought the tooth on the bottom right was a regular tooth, but after the one on the upper right started to become crooked, I realized they were, in fact, both wisdom teeth.
The background looks similar to the universe because when I close my mouth I always imagine it would become its own universe.

I found some pictures depicting how hard it was for ancient people to pull out their wisdom teeth.
Thanks to them, I felt extremely grateful for modern tooth extraction equipment.
(Photo from: News Dog Media, Wellcome Library, Library of Congress, Bettmann)

It took an hour for my dentist to remove one of my wisdom teeth hidden horizontally in my gums. I felt as if I was drowned by my own saliva, lying helplessly awake as he managed to pull the last broken bit of it out of my mouth.

One year later, another wisdom tooth was pulled out as well. The only difference was that it was preserved in one piece because it had been fully grown at the time of the extraction. 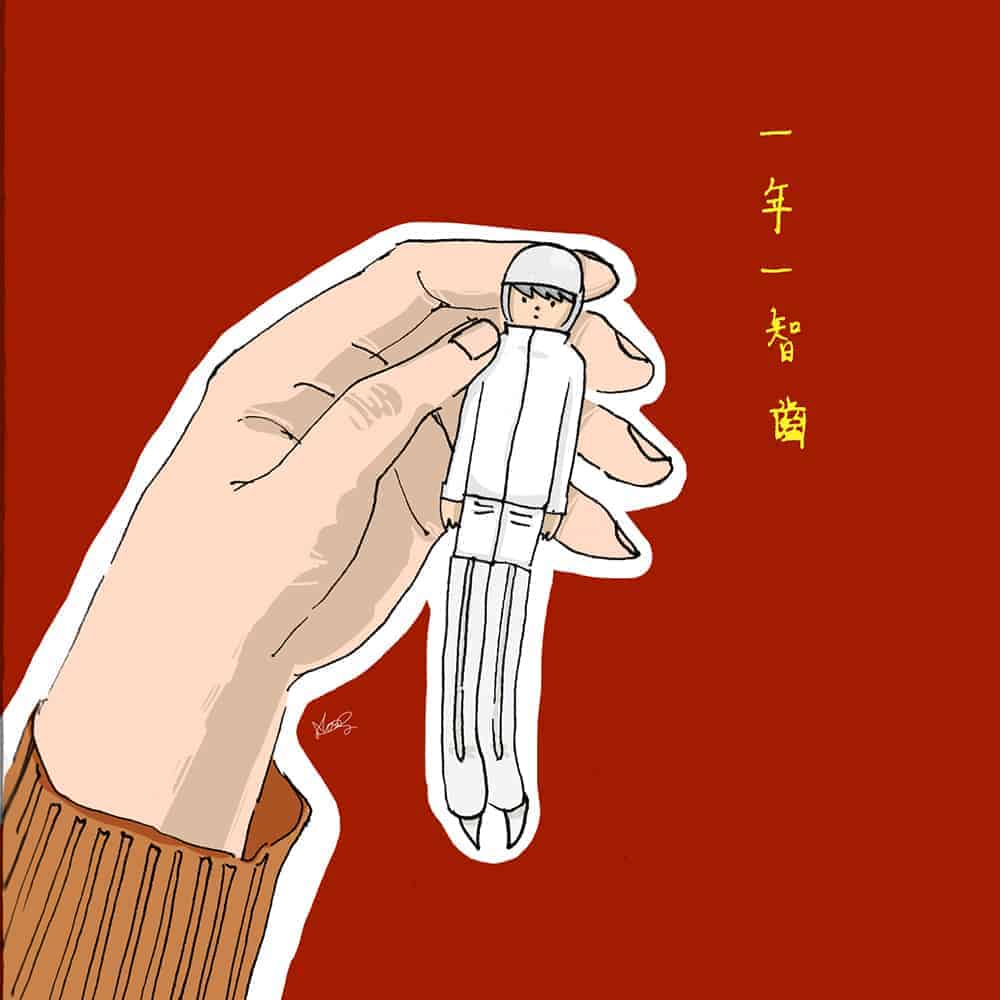 I picked up the sketch from my notebook, and then scan it. I completed the work through Photoshop and Wacom Graphire. After adding color on every element, I started to give them shadows.
I used to line it in the Photoshop, now I do it before I scan it.

I found it interesting that when it comes to wisdom teeth, the time they have become fully grown often happens to be the time one has to say goodbye to them.

With that in mind, I will upload more drawings featuring my own wisdom teeth in the future as a proper send-off they deserve.

Hello, I am a illustrator from Taiwan.
Website
Sponsored
3D Interior Architecture with Unreal Engine 4