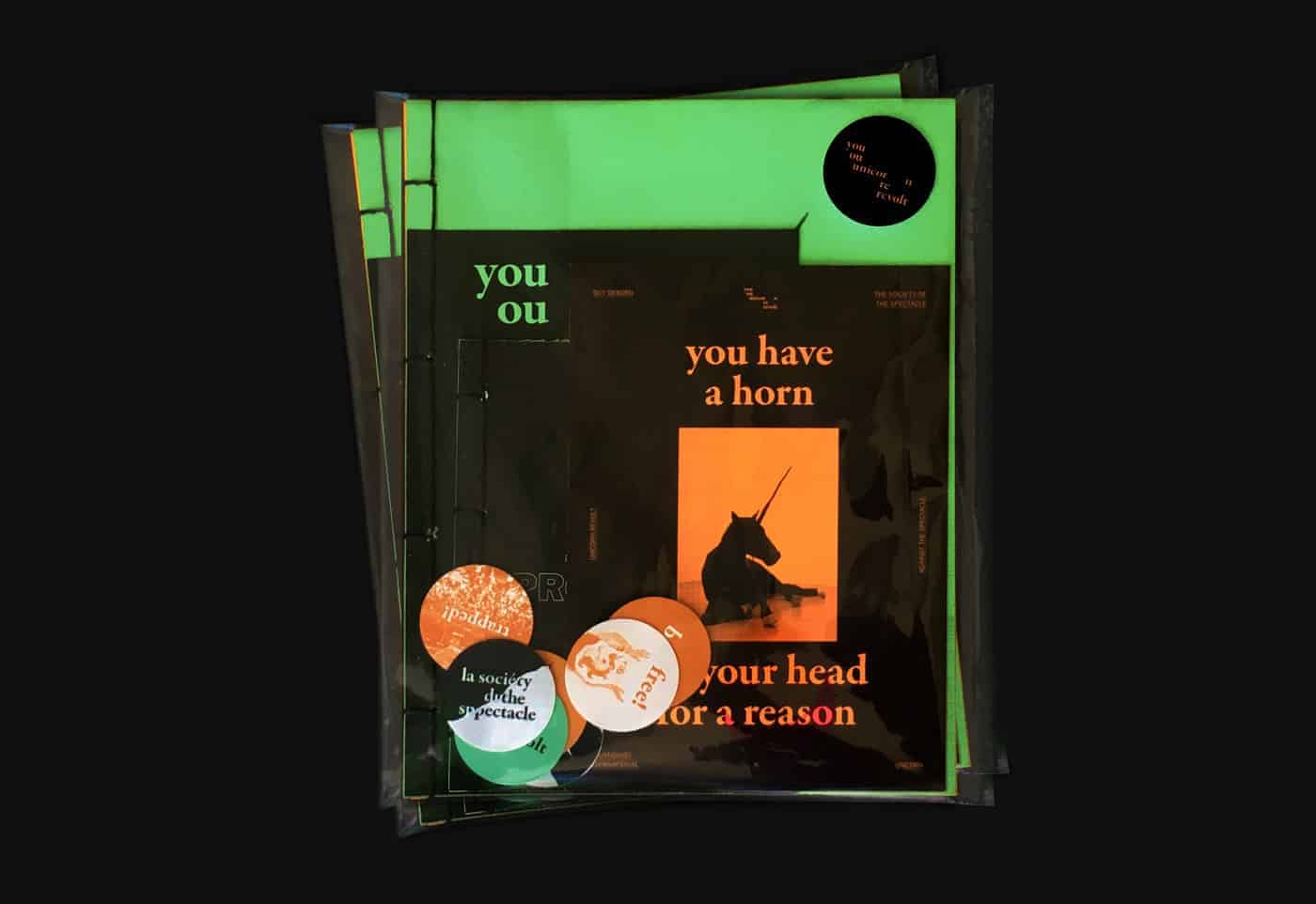 This project was to design a zine that is about Situationist International (SI) and a subject of my choice, Unicorn. The goal was to combine these two contrasting subjects and to create a new idea and visual contents through multiple media. The zine sends positive messages and encourages people to get real with what’s going on in their lives, express suppressed emotions, and be their true selves.

After a lot of research, I was inspired by the Society of the Spectacle developed by Guy Debord, a key figure of the Situationist International and the French revolution of May 68. The spectacle means the mass media which influences our lives and beliefs on a daily basis that causes damage to our self-esteem and self-confidence. The following Unicorn quote also inspired me: “Unicorns are awesome, you are awesome. Therefore, you are a unicorn.” Unicorn represents positive powers, such as happiness, courage, authenticity, and self-esteem. I developed the idea that let’s be a unicorn to revolt against the spectacle and to regain our self-esteem and self-confidence.

This project was a pleasant experience because I enjoyed the whole process, from choosing contrasting subjects, researching, developing concepts/ideas, typography, imagery, layout, color exploration to binding, and more. Gratefully, I received a lot of positive responses, and they motivated me to work harder.

Please check out the project on Behance.
www.behance.net/gallery/65529937/Unicorn-Revolt-Zine