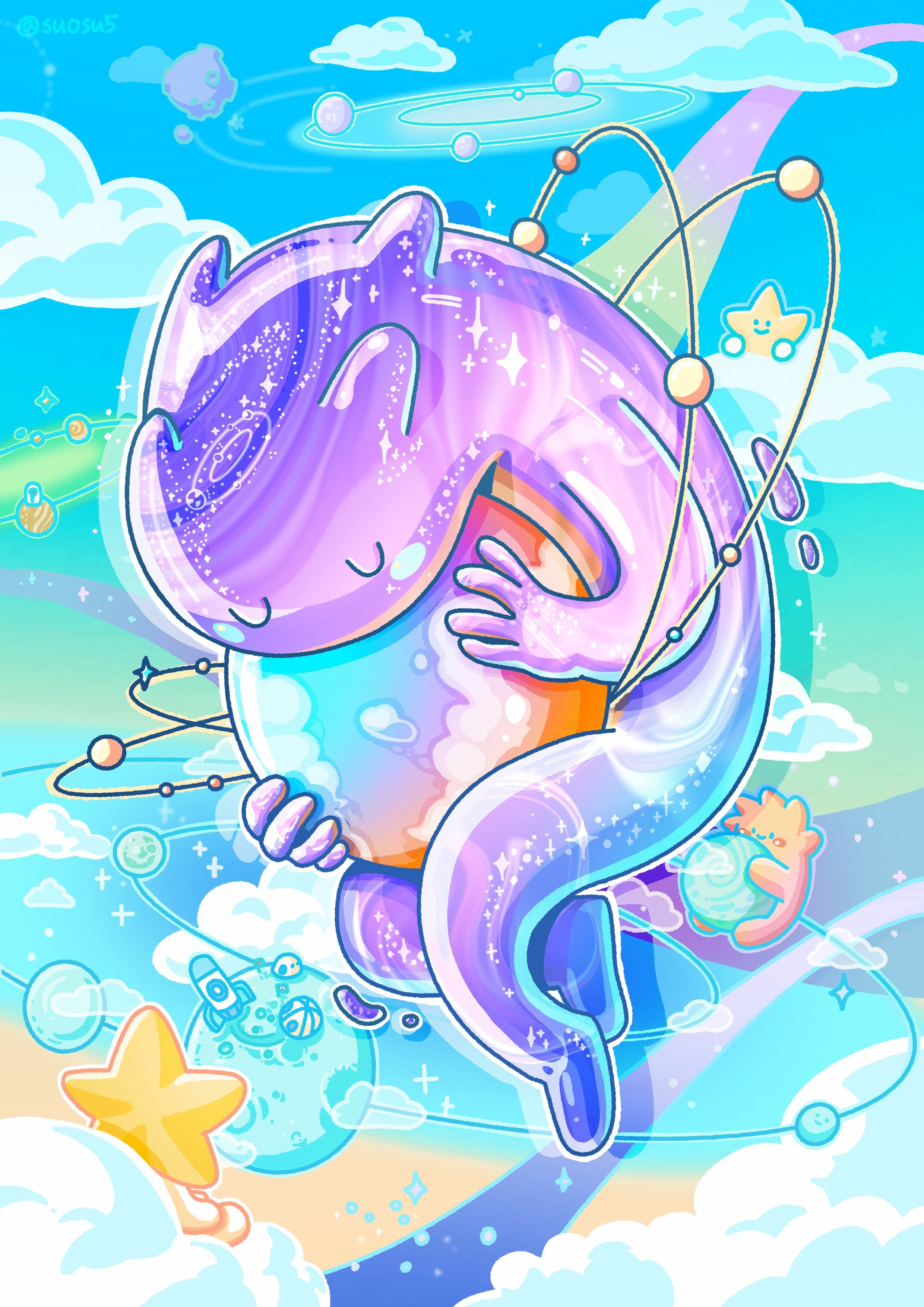 This painting was painted under the theme of 'Universe' to participate in the Clip Studio contest in 2020. I drew the universe surrounding the planet, and another universe outside to express the endless universe. 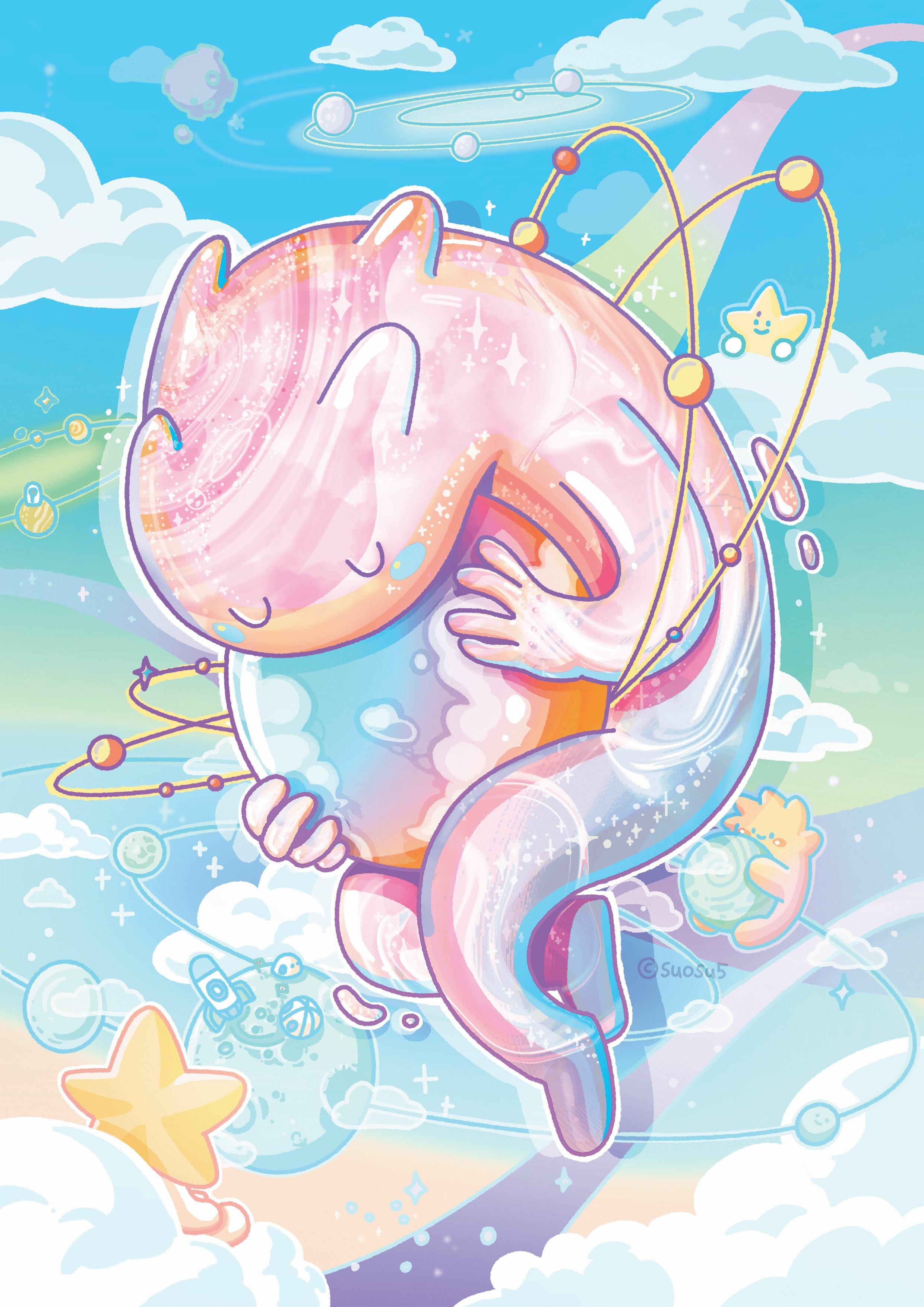 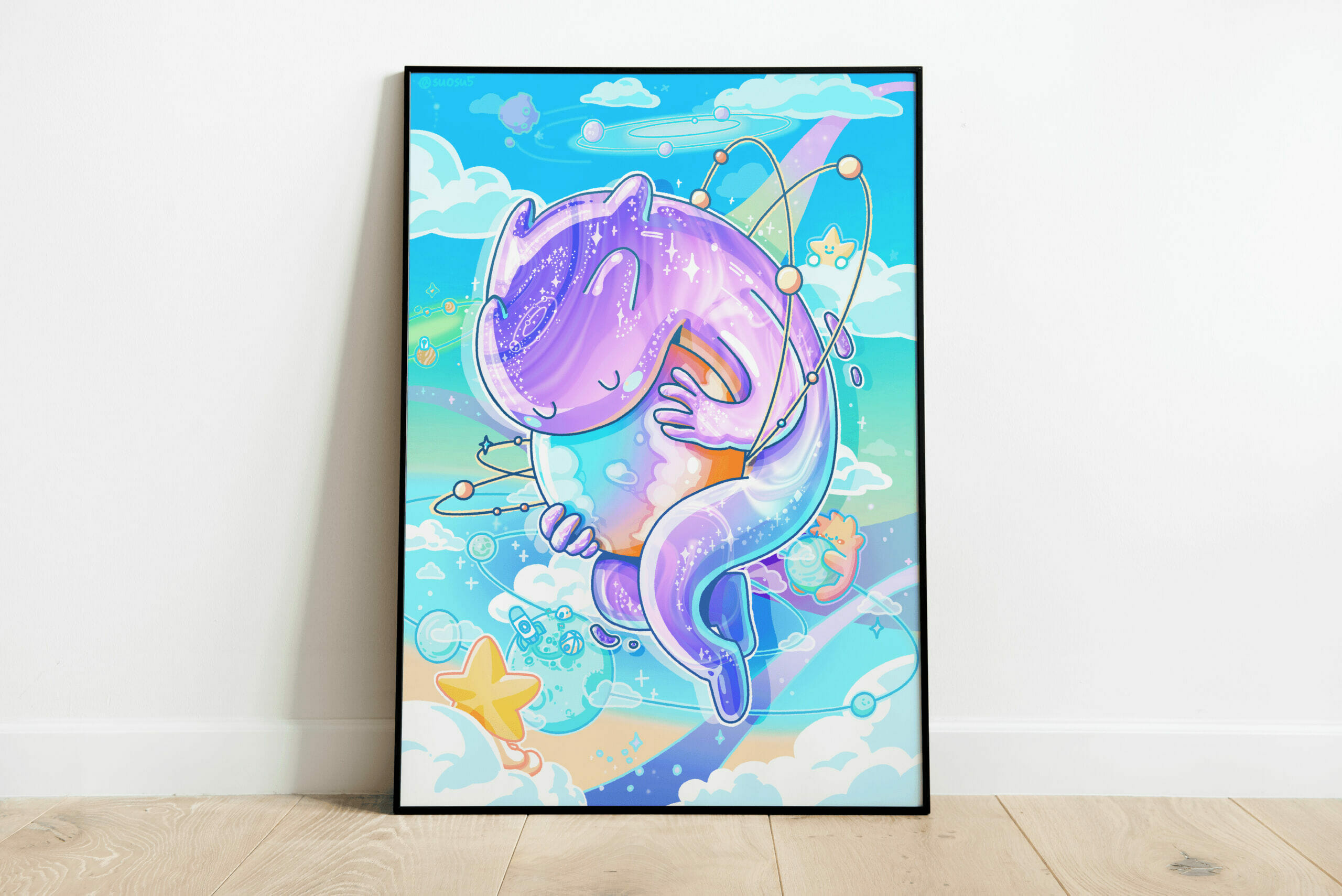 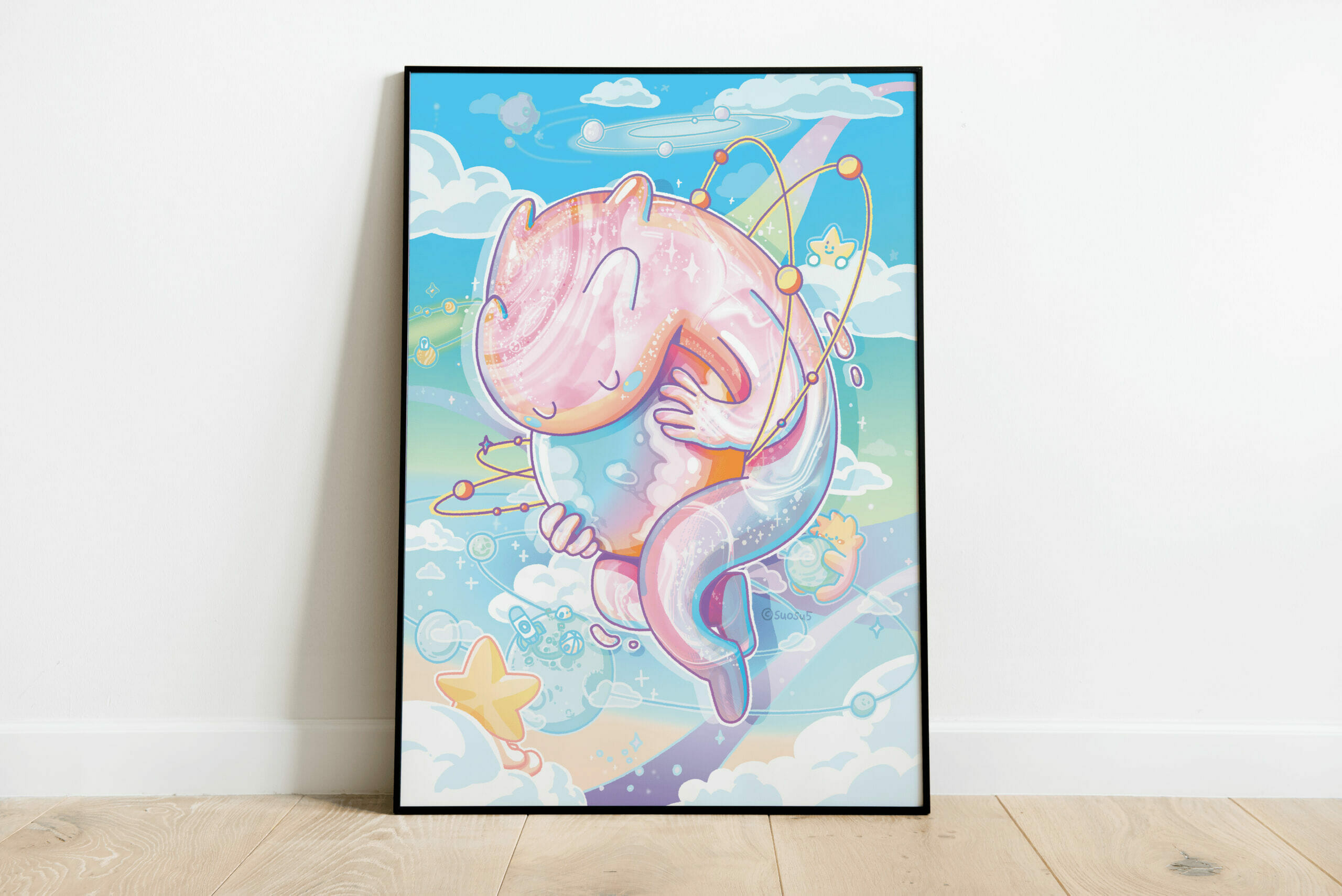 After sketching on paper, all subsequent work was done in procreate. While working, an illustration club member suggested expressing the universe character like slime by referring to the deer god in Princess Mononoke of Studio Ghibli. I was able to complete a more shiny painting by referring to it.

Usually, I did not use various effects other than filling in the color when coloring. However, I was able to practice expressing many textures while painting this, and I realized that such expressions could make the painting richer.

Thank you for looking at my painting and reading this. You can check more of my artwork at https://www.behance.net/suosu5.