Yakwax Crunchy Lane Boards is created for cuntry lane and wax, a small skate shop in the Channel Islands Guernsey. The designs were created by Sam Falla, an illustrator and graphic designer from Guernsey who happens to be a regular customer in the said skate shop. His designs are interesting in such a way that it is funny yet a very useful one. Read on and see for yourself. Enjoy!

I created the board graphic for Cuntry Lane and Yakwax, a small skate/surf shop run by friends in the Channel Islands Guernsey. It's my local skate shop, I've been buying hardware and clothes from there since I started skating. A group of friends started the little brand called Cuntry Lane, and Yakwax produces and distributes all the brands boards through their shop. 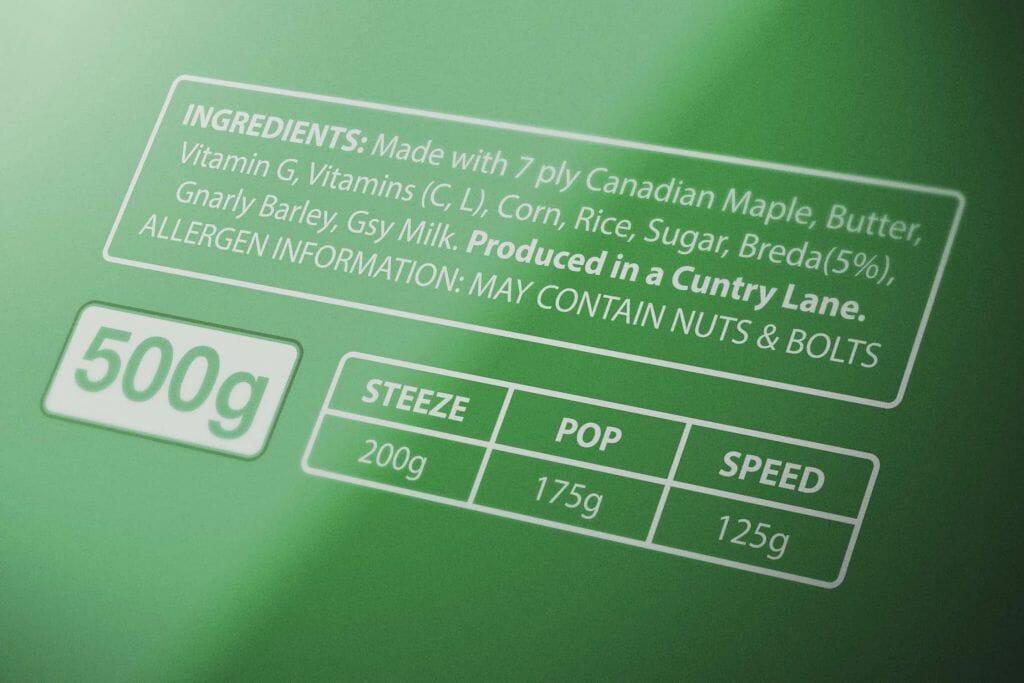 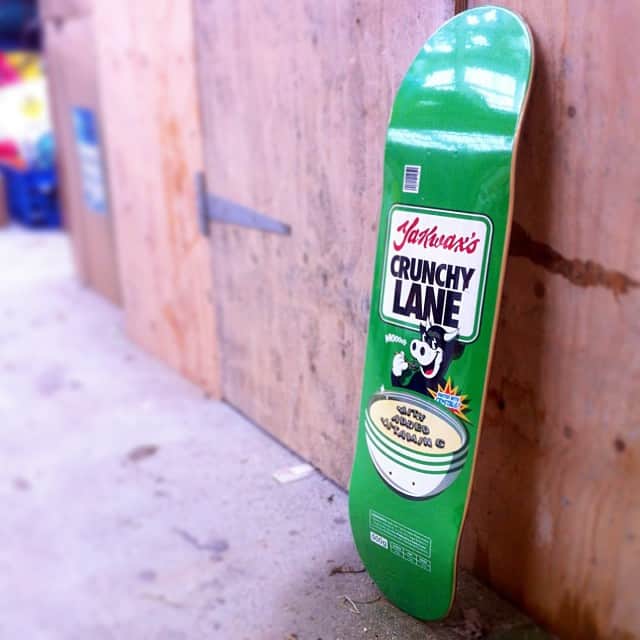 The cow character was massively inspired by the fact that Guernsey is known for its cows and the amazing milk they produce, and it's become a running theme in the Yakwax/Cuntry Lane boards. As the artwork is obviously a cereal parody, I was widely inspired by Kellogg's packaging and advertisement that I was exposed to as a kid, so the graphic is more reminiscent of the style of cereal boxes from the mid nineties. I originally started thinking about and searching for the Kellogg's bicycle stickers I remembered from my childhood, and it really inspired me to want to make a cereal box parody. 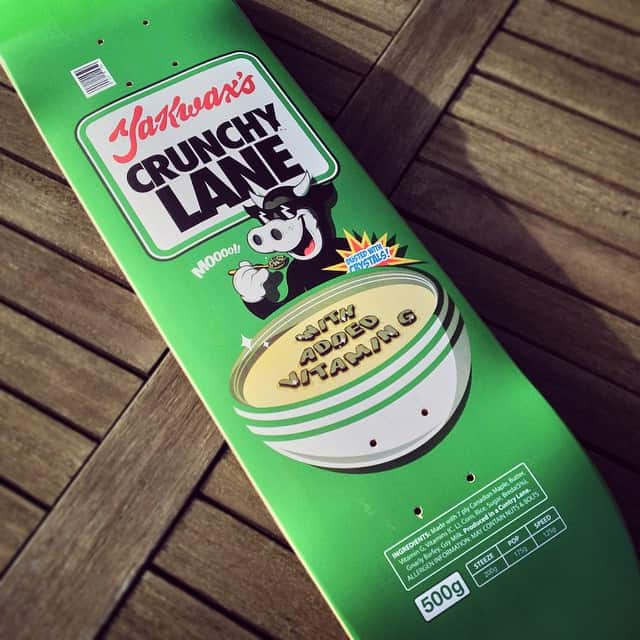 After numerous doodles, sketches, brainstorms, and idea generation lists, I started experimenting with simple shapes and type in Adobe Illustrator. I then draw out the cow character on to paper, and used the pen tool in illustrator to vector over my character. To create the Yakwax type, I looked for the most similar typeface to the Kellogg's logo I could find, then traced out the letters on paper and re drew some of the letterforms to emulate the style of the Kellogg's logo more accurately. I created the cereal letters by distorting typefaces, then using the scale, rotation, and shear tools in illustrator. 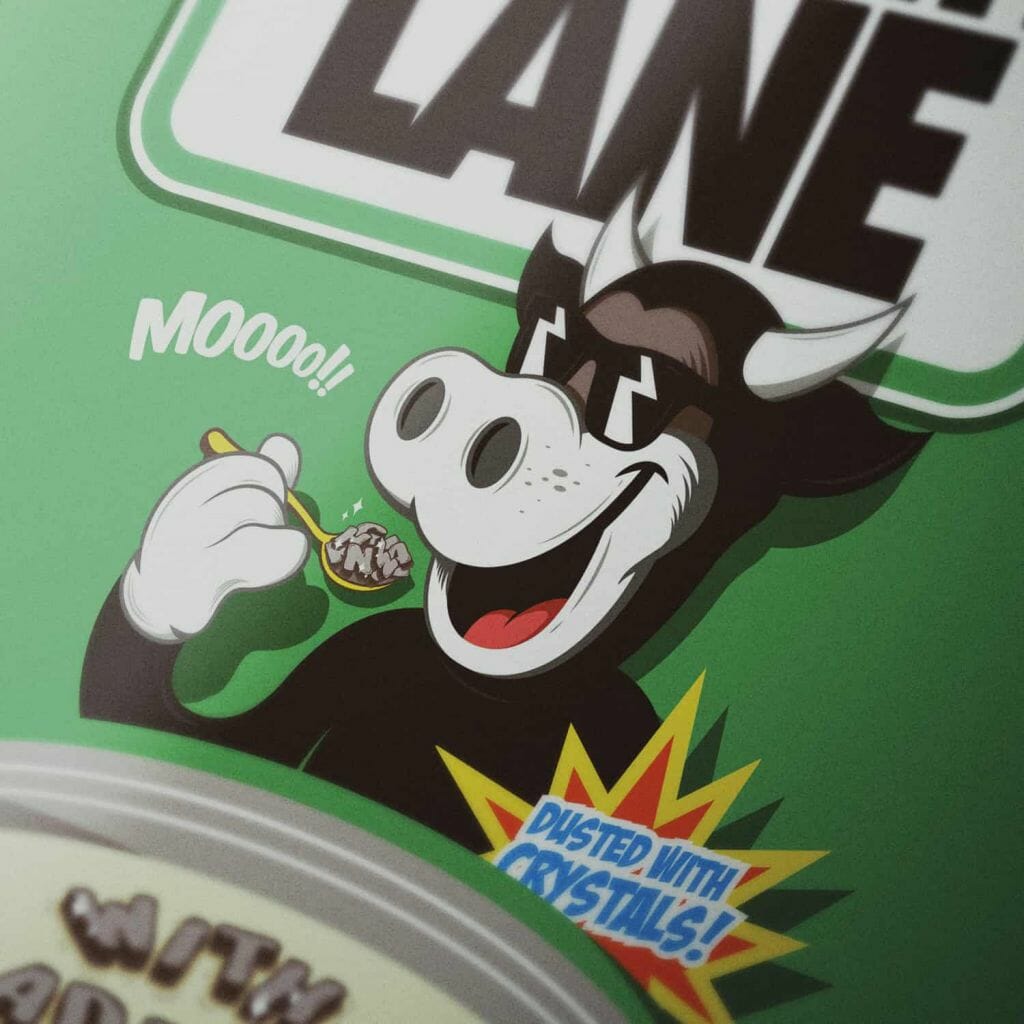 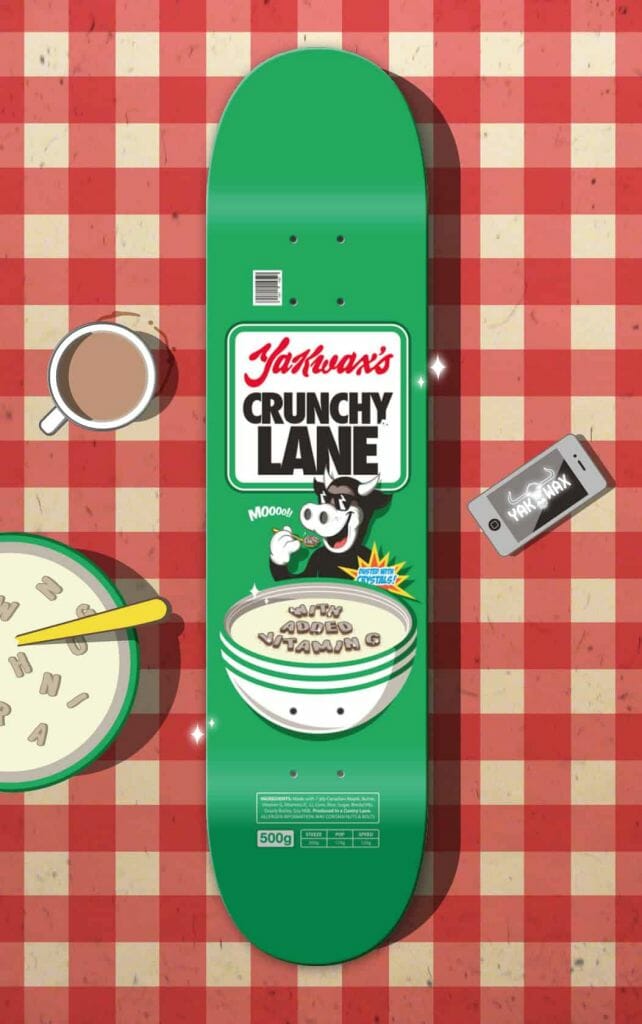 Coming up with the ingredients list was funny. It mostly involved hanging out with my friends whilst they drank a few beers and helped me think up all sorts of funny ideas. It's the first of three graphics in a breakfast themed series of boards, the next two are in the pipeline, so keep an eye out. 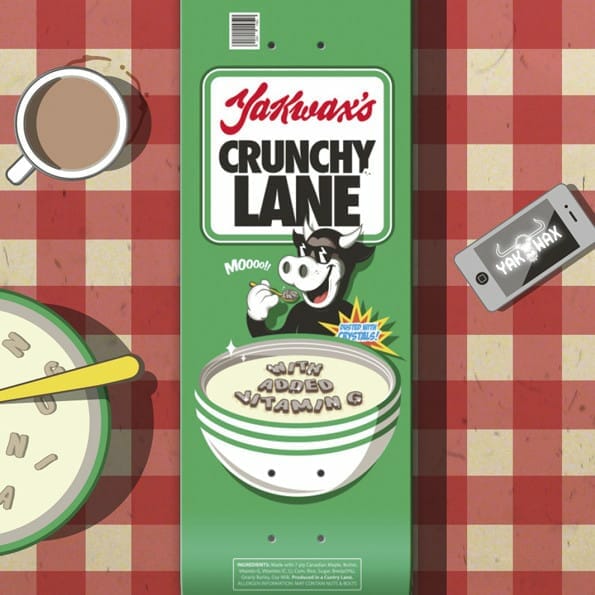 Sam Falla is a 26 year old illustrator and graphic designer from Guernsey in the Channel Islands. He's been living now in Barcelona. You can find more of his artworks on his Behance profile.

One comment on “Yakwax Crunchy Lane Boards by Sam Falla”

Espana Especias - The edible book of herbs and spices