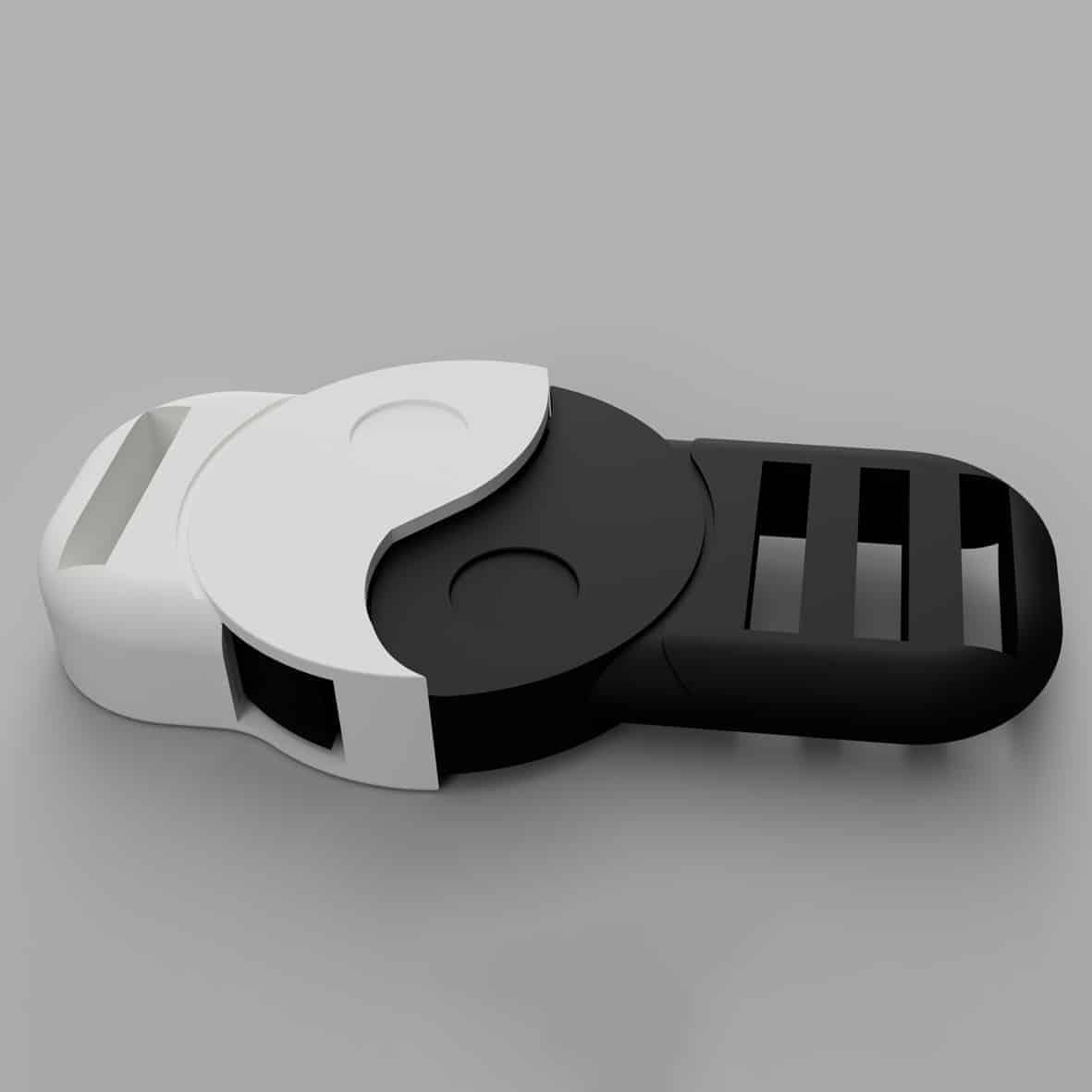 The two part clip has been designed to be for quick release, with ease, for very frequent use, sometimes quite rough use.
​
Used to help user attach and detach the product (bumbag) from their body.
​
It was designed for Eastpak as they have their standardised clips which they use across the board (for many of their products) and just scale these clips up or down so that they are in proportion with the products they are being used on such as bum bags and backpacks.
​
The design intention of the Yin Yang was t​o make more of a feature of such a functional item as a clip. 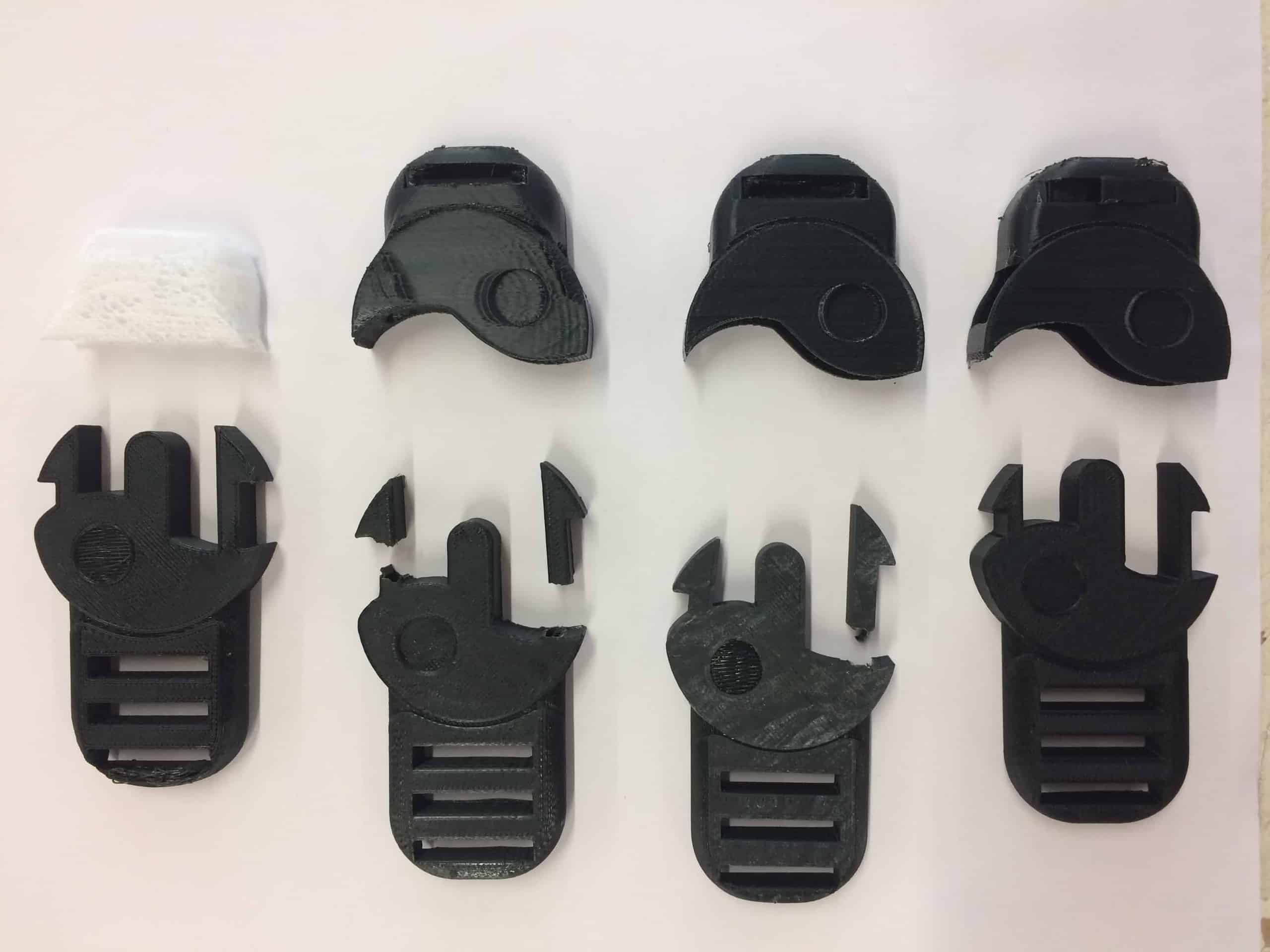 The Yin Yang clip was designed for a project which was designed to get us looking at the process of injection molding. We were asked to design a two part clip that was suitable for injecting molding and so therefore had to take into consideration of manufacture along with taking into account draft angles and side actions.
​ 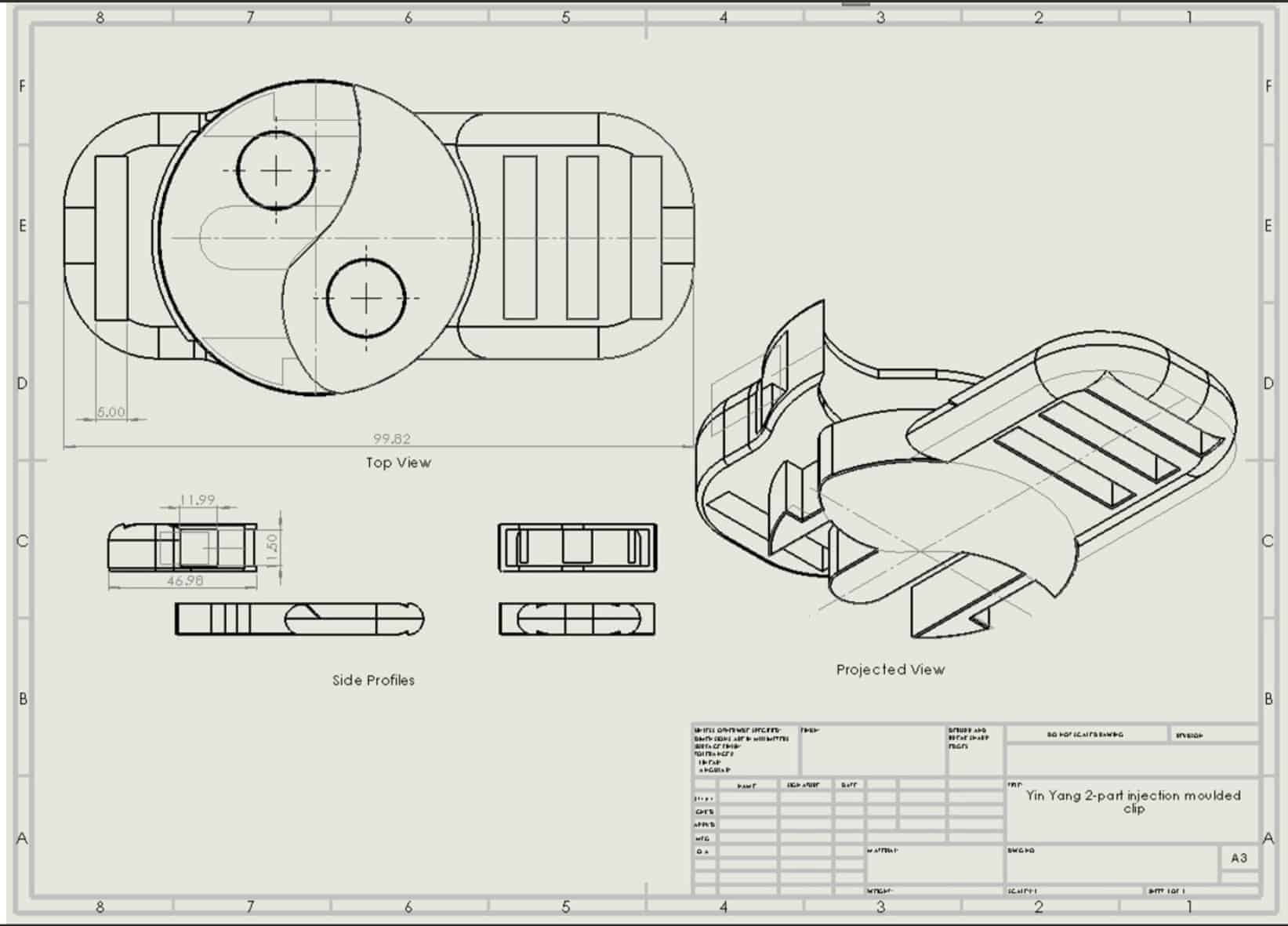 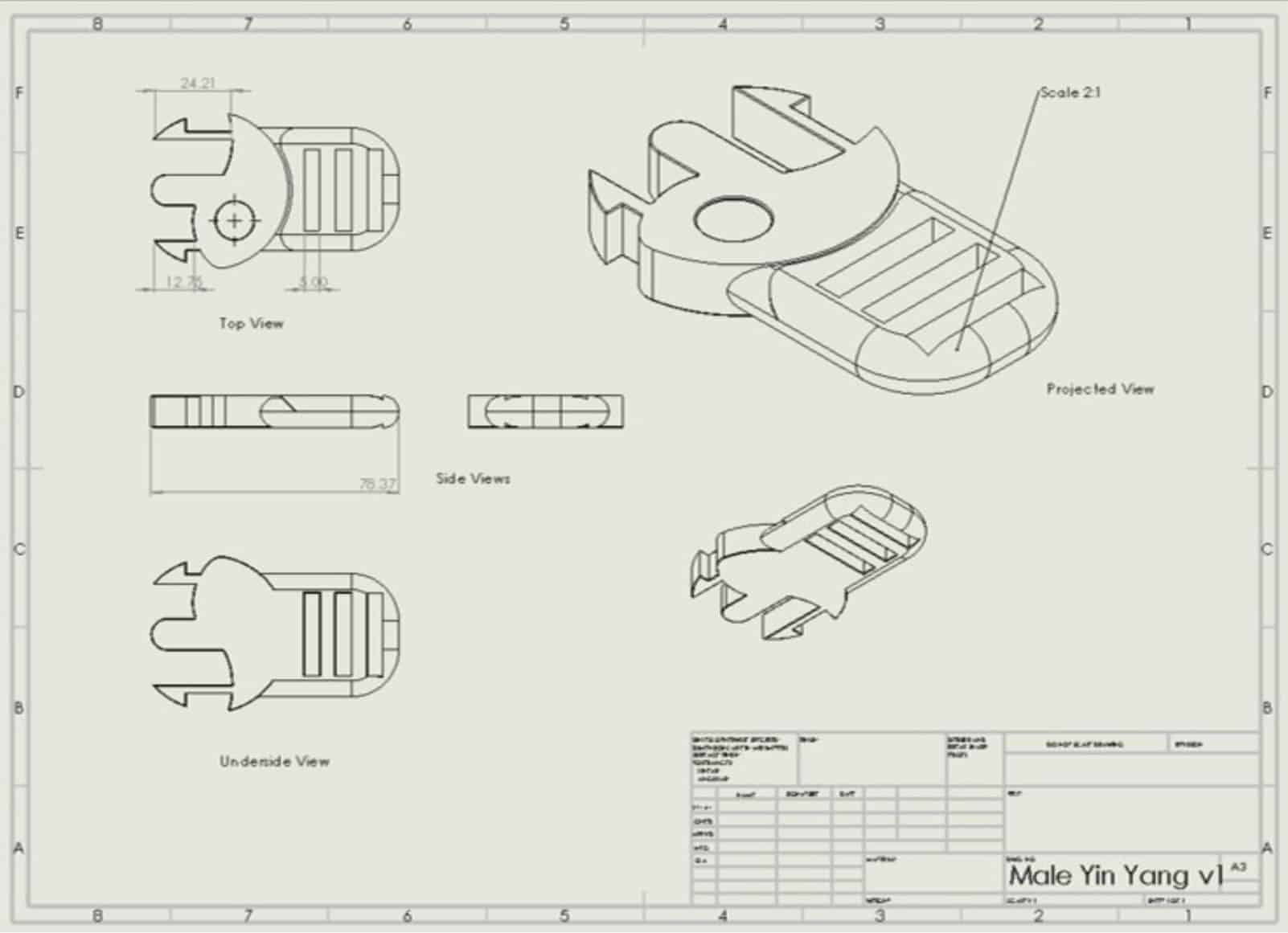 I began the project by looking at clips that I use in my day to day life. The two main clips I used were that of my lanyard for University and my bum bag which I make frequent use of. I chose to focus on the clip for the bum bag as I felt that there was potential there. My bum bag is a product of Eastpak, who make use of standardised parts which are then marked with their branding. As many wear their bum bags across their body nowadays, I felt that it would be exciting to explore the idea of making a simple two part pinch clip more aesthetically pleasing.

To create the design, I spent a large amount of time creating cardboard models and then used Solidworks to draw and model my design 1:1 in 3D. The final file was then sent to the 3D printer to create the prototype.

The renders for this project were using the Solidworks files and then taken into Fusion 360 for a more refined render. 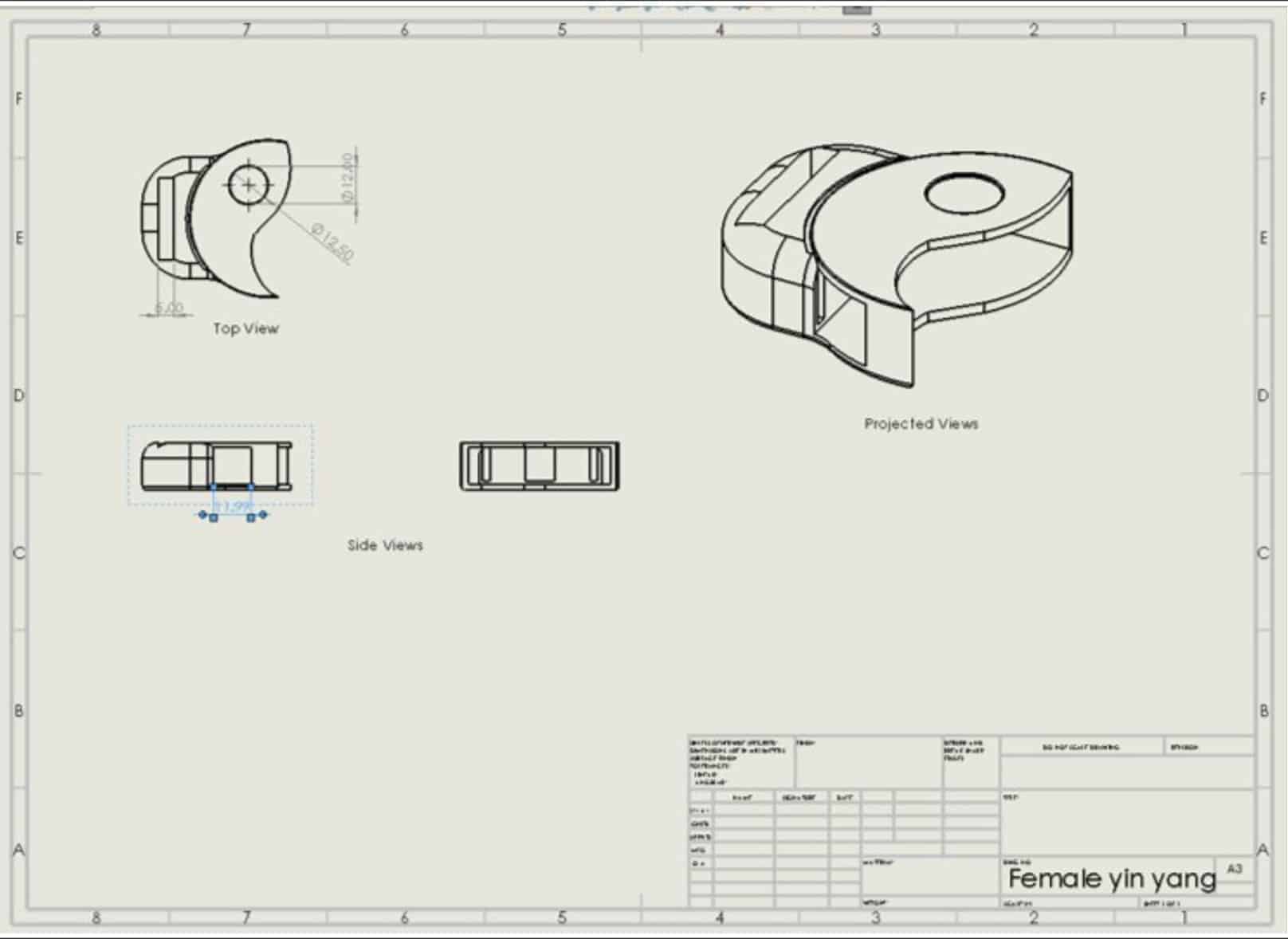 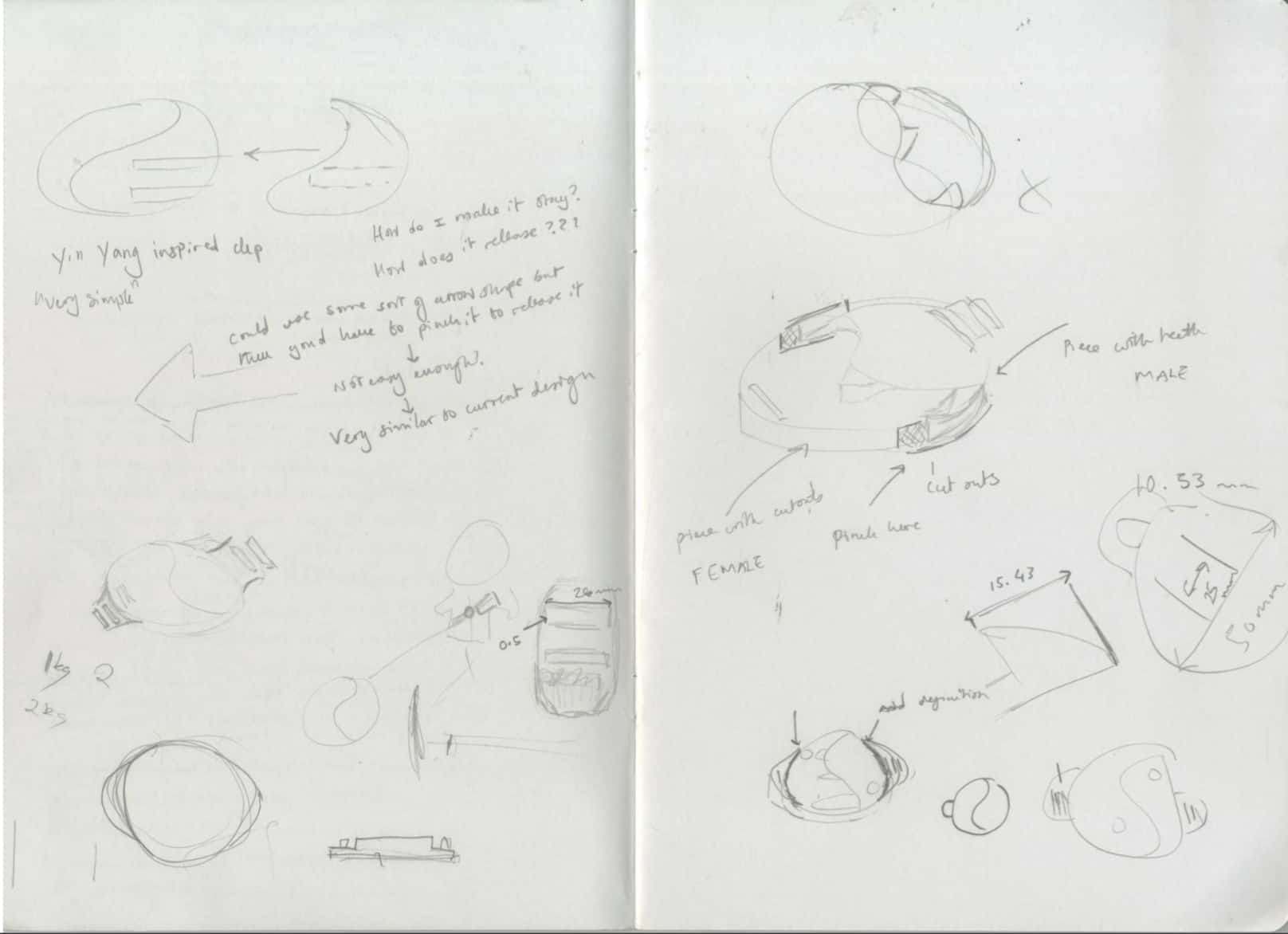 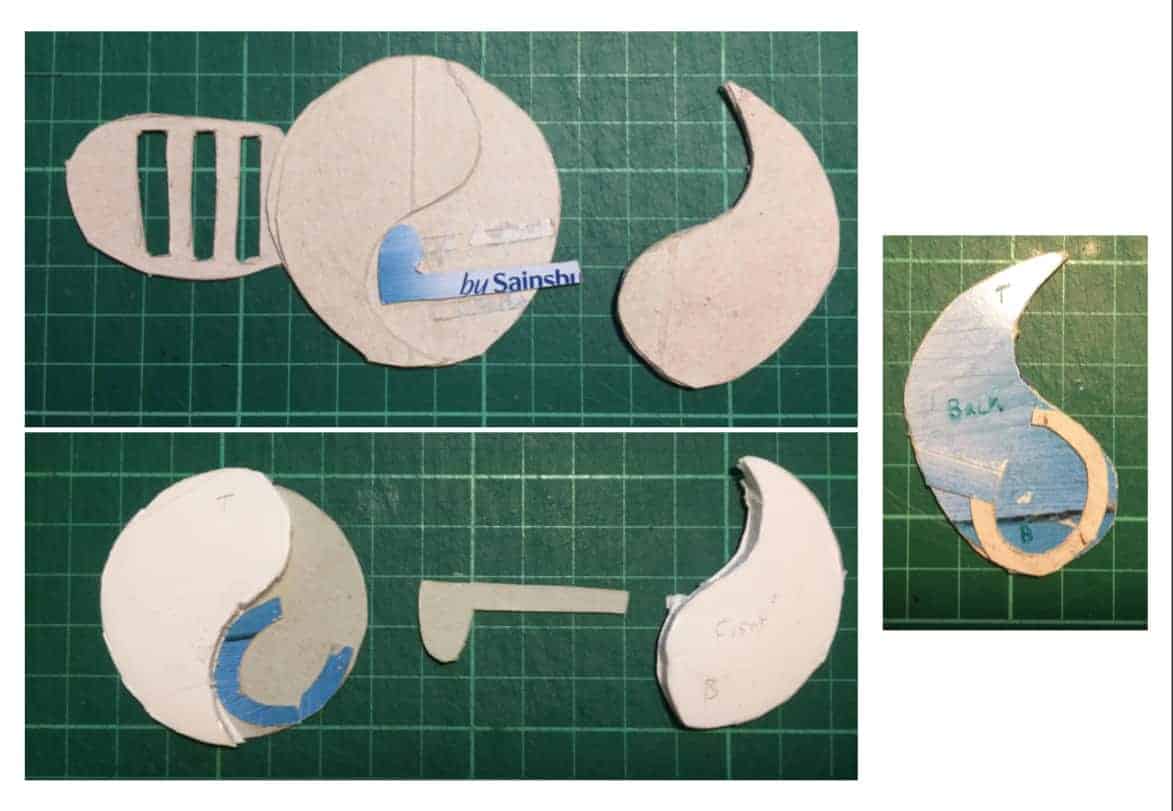 There was a positive response to this project as it was something a little bit different. The clip was designed to be printed in two different colours but for the prototype was done in black. The design is quite subtle but it can very easily be visualised being integrated into Eastpaks range of products.

Hi.
I'm Nancy and I'm a designer and maker from North London. Currently studying at the University of Plymouth. I love living and studying by the sea and am extremely passionate about the environment. I am very interested in sustainable design and the ways in which we have an impact on the planet.
Website