How many of you are fascinated with Japanese culture and art? Today, we bring you a Japanese inspired name of an exo shoe that will really catch your attention. This is called Yoroi Exo Shoe that is created by Brian Ye, an Industrial Design student at the Pratt Institute in Brooklyn, New York. The word "Yoroi" means "armor" in Japanese and one of his main inspirations for this project was specifically an armor from Japan.

Yoroi is an exo-shoe project created while at the Pratt Institute. The project is inspired by the harmonization of structure and flexibility found in nature and in ancient armor designs. Taking from both of these elements and modernizing them gives the Yoroi shoe its own modern aesthetic, while keeping the ideas of traditional design.

The shoe itself incorporates a sock and shell system. The interior sock is meant to fit snugly around your foot, while the shell component gives the shoe structure. The shelling around the toe allows for movement and flex when walking.

The intent of the construction is to create an innovative process in which an upper can be created.  The majority of the upper, which is the shell component, can be injection molded plastic. 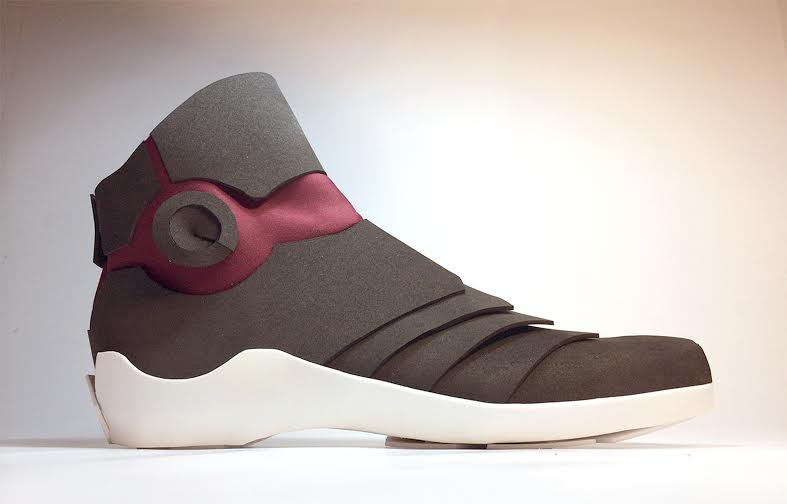 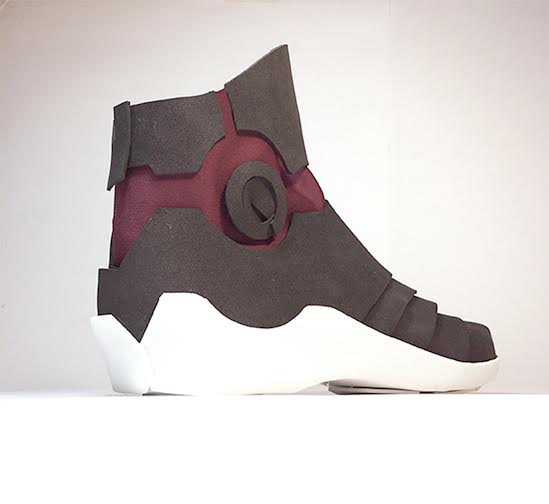 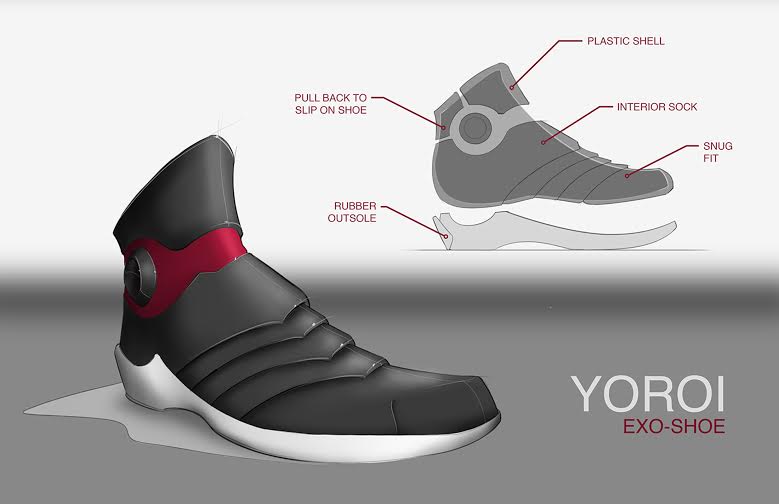 Brian Ye is currently an Industrial Design student at the Pratt Institute in Brooklyn, New York. Inspiration is everywhere for him, from traditional Japanese art to minimalism. His work embodies his inspirations, as well as a simple and minimal design aesthetic developed from his time at Pratt. As an aspiring industrial designer, he aims to create beautiful designs with clever and impactful solutions. You can visit Brian's Behance profile to see more of his works.

One comment on “Yoroi Exo Shoe by Brian Ye”