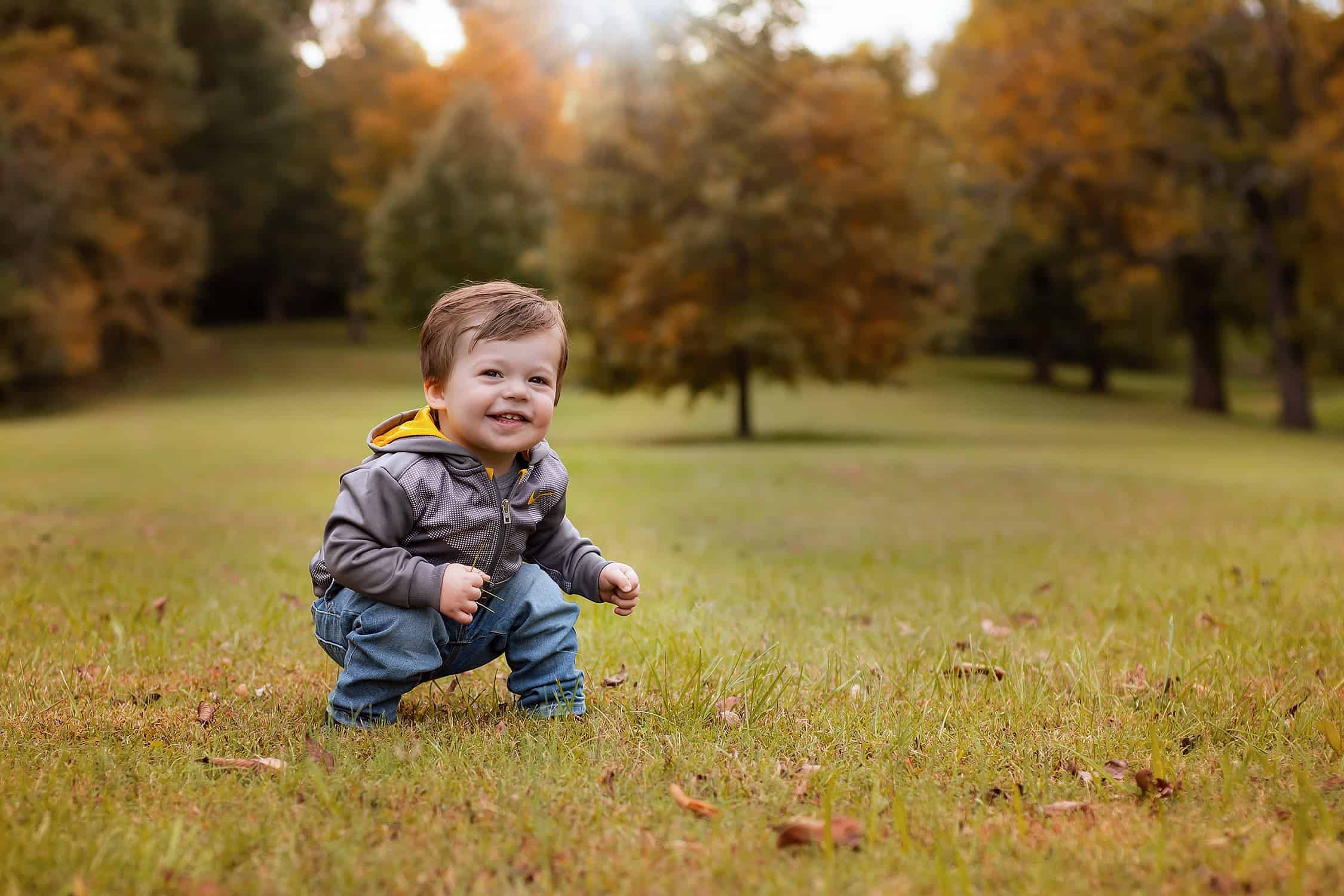 A Day at the Park

This was one of my very first photo shoots of my son at the park. I hadn't had my camera long and was taking it out for some practice on. The beautiful TN fall foliage combined with my sons cute personality made for some lovely photos for me to treasure forever! And that's when I realized I wanted to do this full-time.

Not long after getting my camera, I took my son to the local park and thought that with him running around it would be perfect to get in some practice. I dressed him in his sporty gray jacket, jeans and black tennis shoes so that what he was wearing wouldn't be too distracting, but still comfortable enough to be running around.

When I got to the park, the sun was pretty close to setting, but was still above the trees. There was a beautiful golden hour glow that really highlighted the colors of the fall foliage. I let him run around in an open area with the colorful trees in the background. When I got my camera out he of course had to show off a little. He's so happy all of the time! I wanted to make him really stand out so I got down on my stomach to be on his level which he thought was hilarious like I was playing a game.
I didn't do any posing, it was all him. I wanted to capture him in his element. He was enjoying everything around him. He would stop and look at the trees, the birds, and the other people playing and enjoying their day at the park as well. 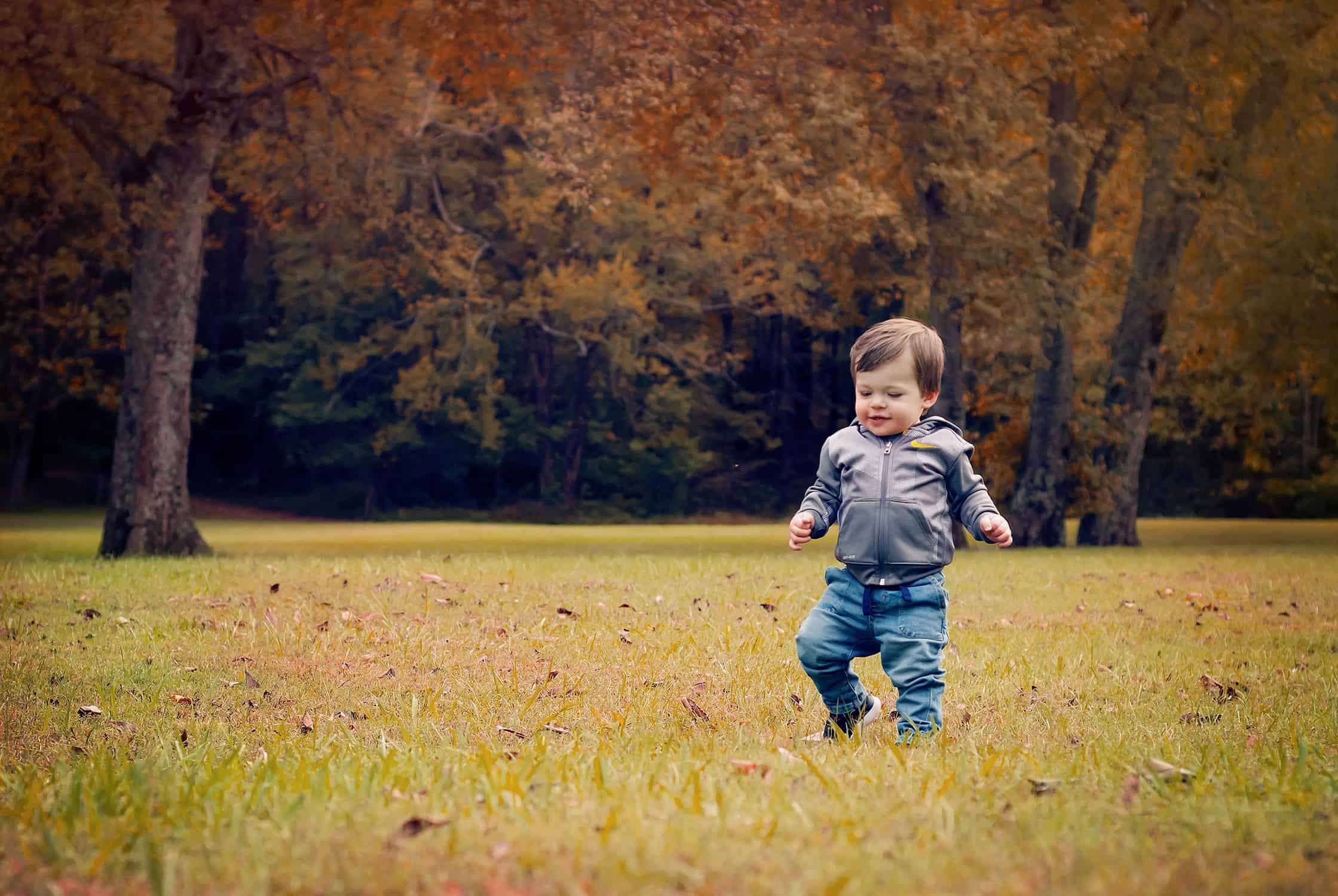 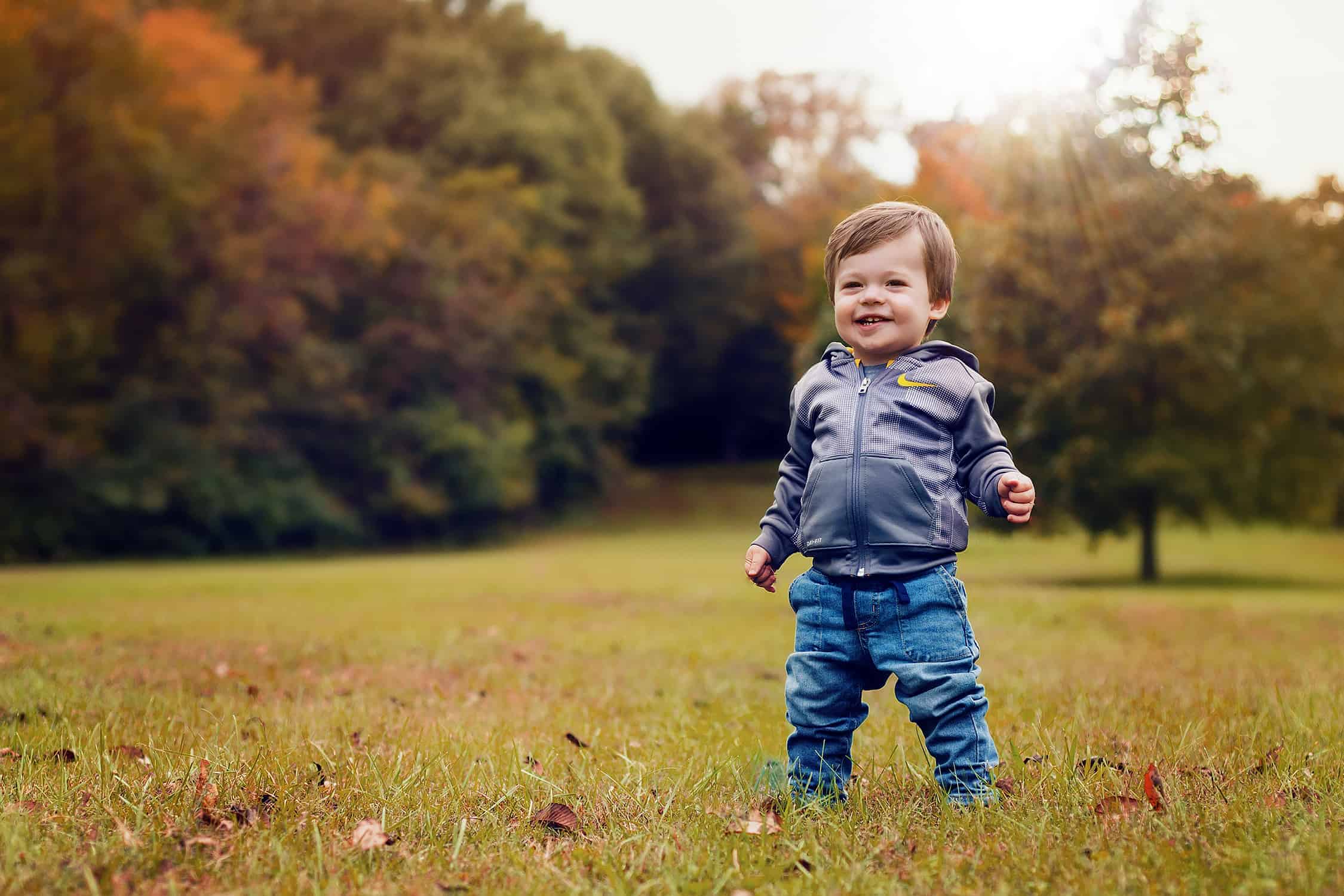 To capture these photos I used my Nikon D7200 and my Nikon Nikkor 50 mm 1.8 lens. I use Adobe Lightroom and Photoshop for my editing process. I try to capture the correct exposure and composition in camera so that I have less to do in post processing. So for these I had to bump my exposure just a tad. I brought the vibrancy up in the foliage around him, but left him alone. I added a slight vignette and sharpened them. 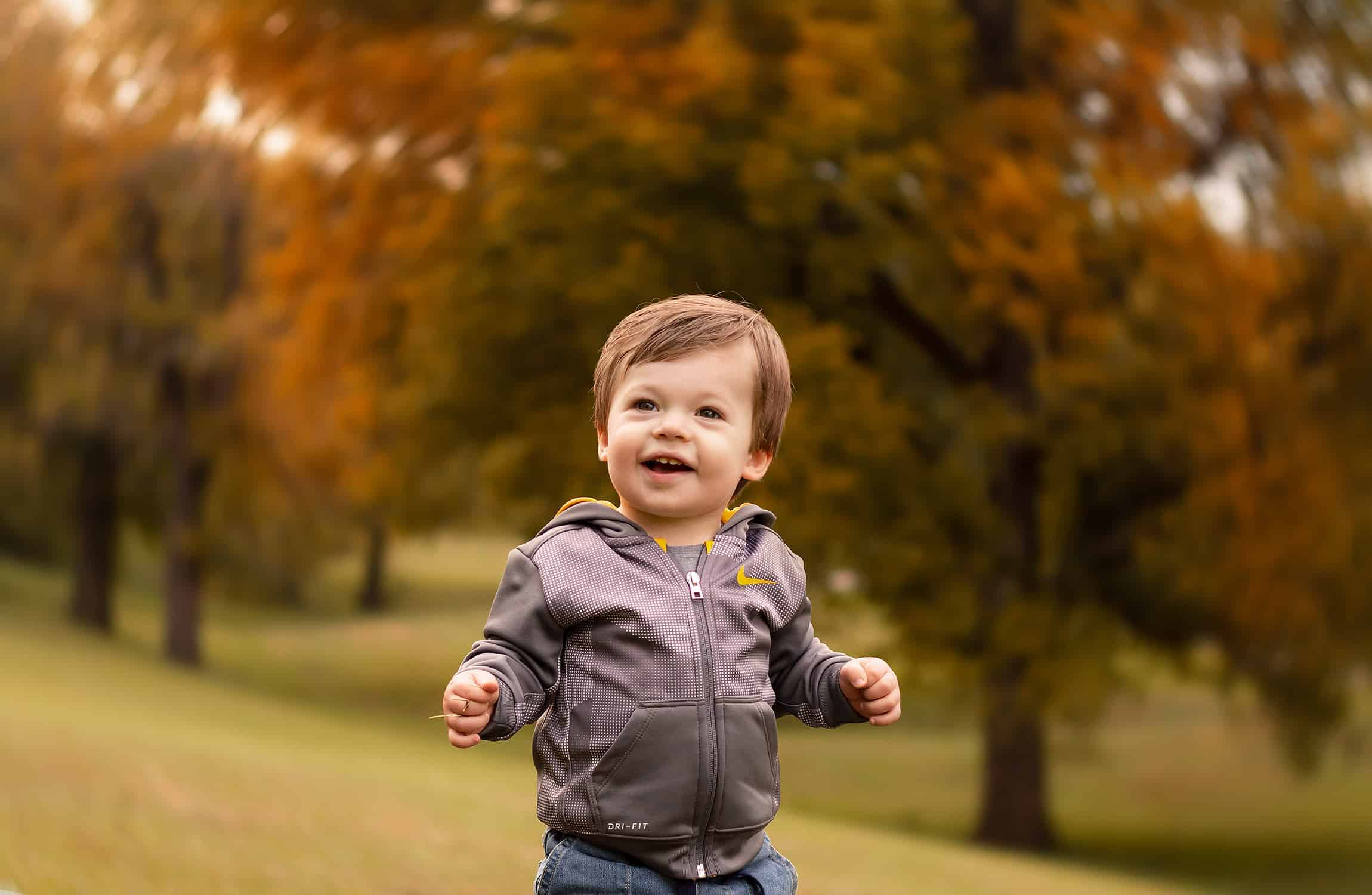 Capturing moments like these reminds me of just how new the world is to him. He's not even two years old yet so this was only his second time experiencing the fall season. He had only been to the park a few times. Seeing him trying to run after a bird with his fistfuls of grass, tripping over his little feet because he hasn't quite figured out his balance, and the look on his handsome baby face when he looks at something that we've seen a million times before, but it's still new to him... Capturing that moment, that expression, that feeling... To be able to cherish it forever as he grows up faster than I can type all of this... That is why I fell in love with photography.

Hi, I'm Dalena! I'm a Middle TN photographer. I embrace being a "momtog" because being a mom is what fuels my passion, creativity, and love for photography. I love capturing the timeless memories, the little expressions and being able to share my talent with other people.
Website