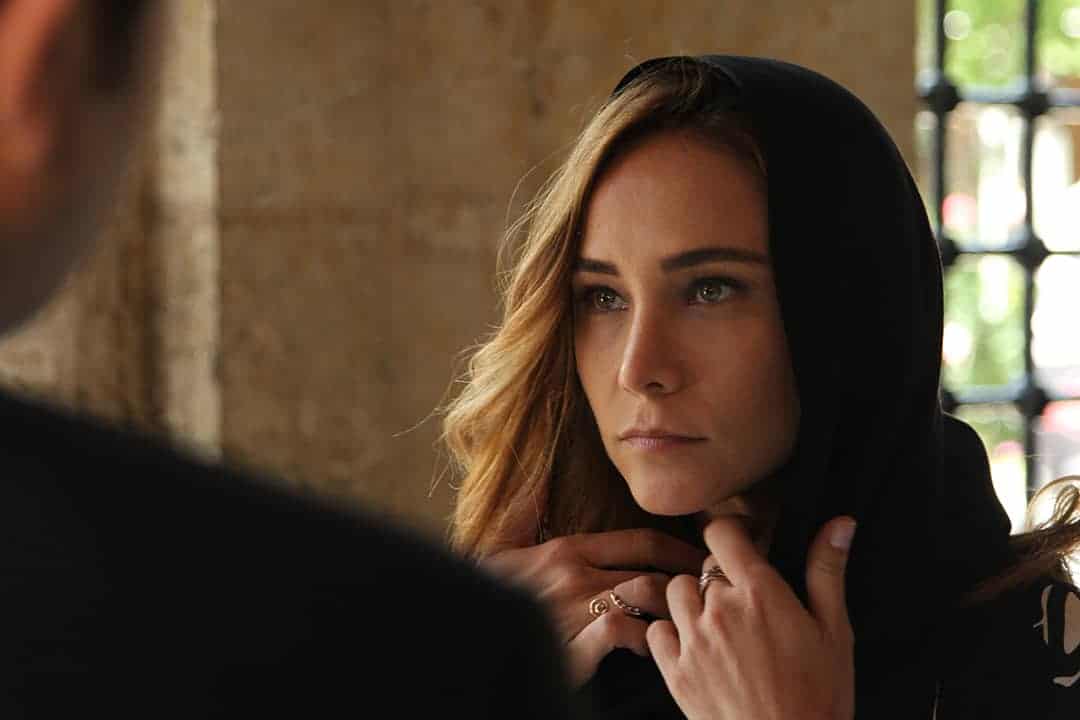 Yusuf Eminoglu’s project consists of photos that have been taken in the sets of popular Turkish TV series. These TV series varies from sit-com to drama. The photo shots reflect the emotions, facial expressions and the moments of various feelings expressed by the actors and actresses. Additionally, the scene and the light production give a deeper expression of the moments.

The cinema and TV world have always interested me. I was looking for an opportunity to be part of this world and have always wanted to leave a mark using my own perspective. Then, when I had a chance to join TV series production team, I have seen this experience as a potential for a different project. As TV and cinema are used as a tool for getting money, I wanted to make a difference and see it as a perfect instrument for art.

The whole process does not only include the shooting and editing, rather; it includes the costumes, make-up, the scene, the script, lights and so on. The shooting and the editing parts are the last steps of the process. The shooting process starts in the rehearsals and continues in the periods when the video cameras are all shot down since you may disturb the director and block the light. The post production process after shooting is done with basic editing tricks on PS in order not to ruin its natural look.

People appreciated my work. They generally said that it is a good idea to use TV series sets to capture the deep emotions people feel as long as you have professional actors or actresses. They are also very happy to see the backstage photos of their favorite TV series and the images of the celebrities’ natural looks behind the TV screen. I have learnt a lot about the TV and cinema world.

Yusuf Eminoglu was born and raised in Bayrampasa, Istanbul. He’s a senior student in Istanbul Bilgi University, Art and Culture Management Department. He also had a minor program experience in Film and Television Department. Yusuf has been interested in digital and analogue photography for 6 years. Since he thinks that you can learn photography in streets and that the reality is in the streets, he started this adventure in streets and still does. Additionally, he have had different kinds of experience in photography in different branches of photography such as advertisement, sports, or documentary photography. Yusuf also attended many national and international photography competitions and got many awards. Nowadays, he continue his career as a freelance photographer.