The illustrations from Ancient Greek Mythology, consist of a series of playing cards. They depict four ancient myths. Hercules and the Nemean Lion, Cerberus, Lernaean Hydra, as well as Theseus and the Minotaur. The cards are printed with the method of silkscreen used on different kinds of paper. 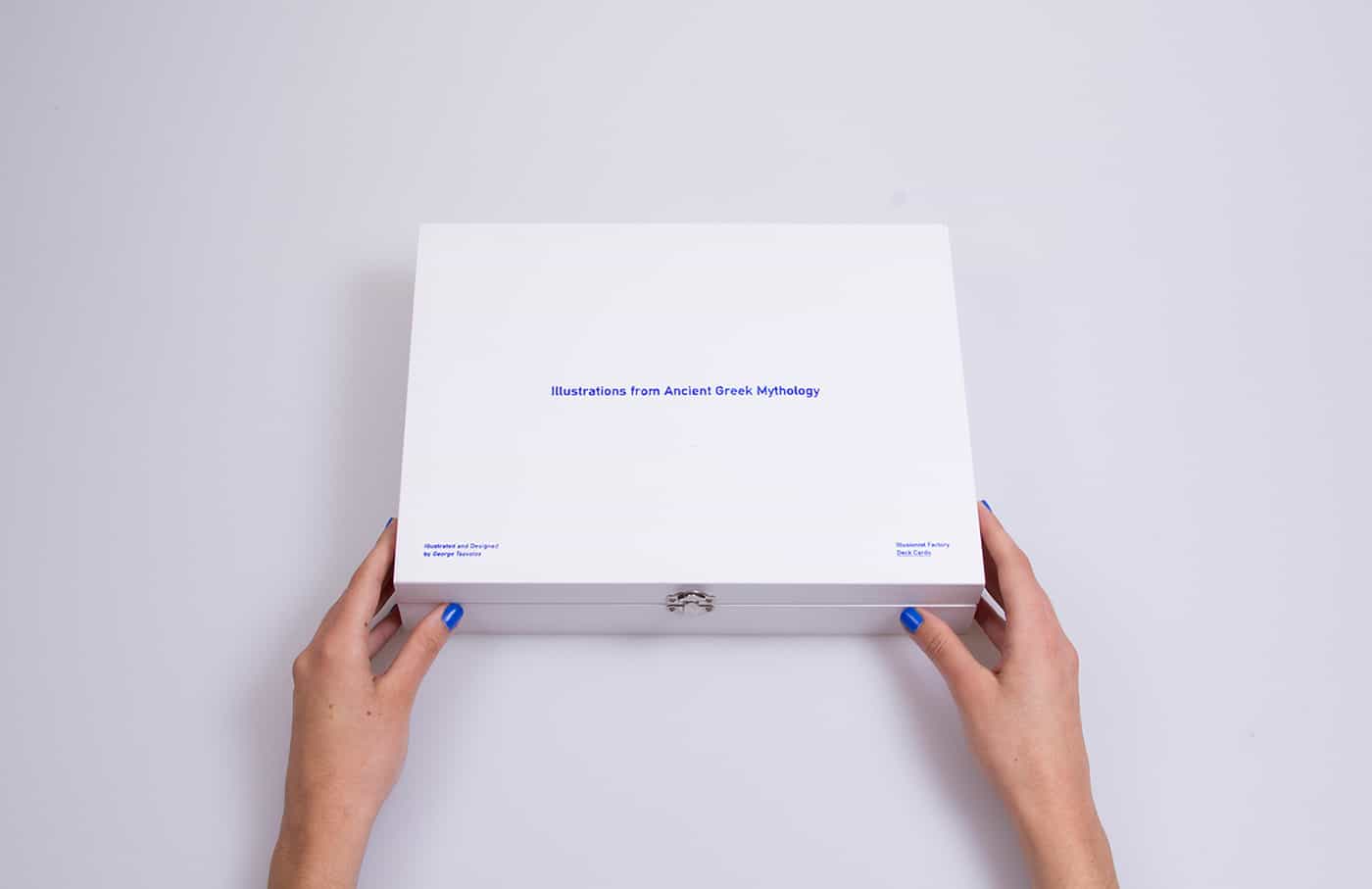 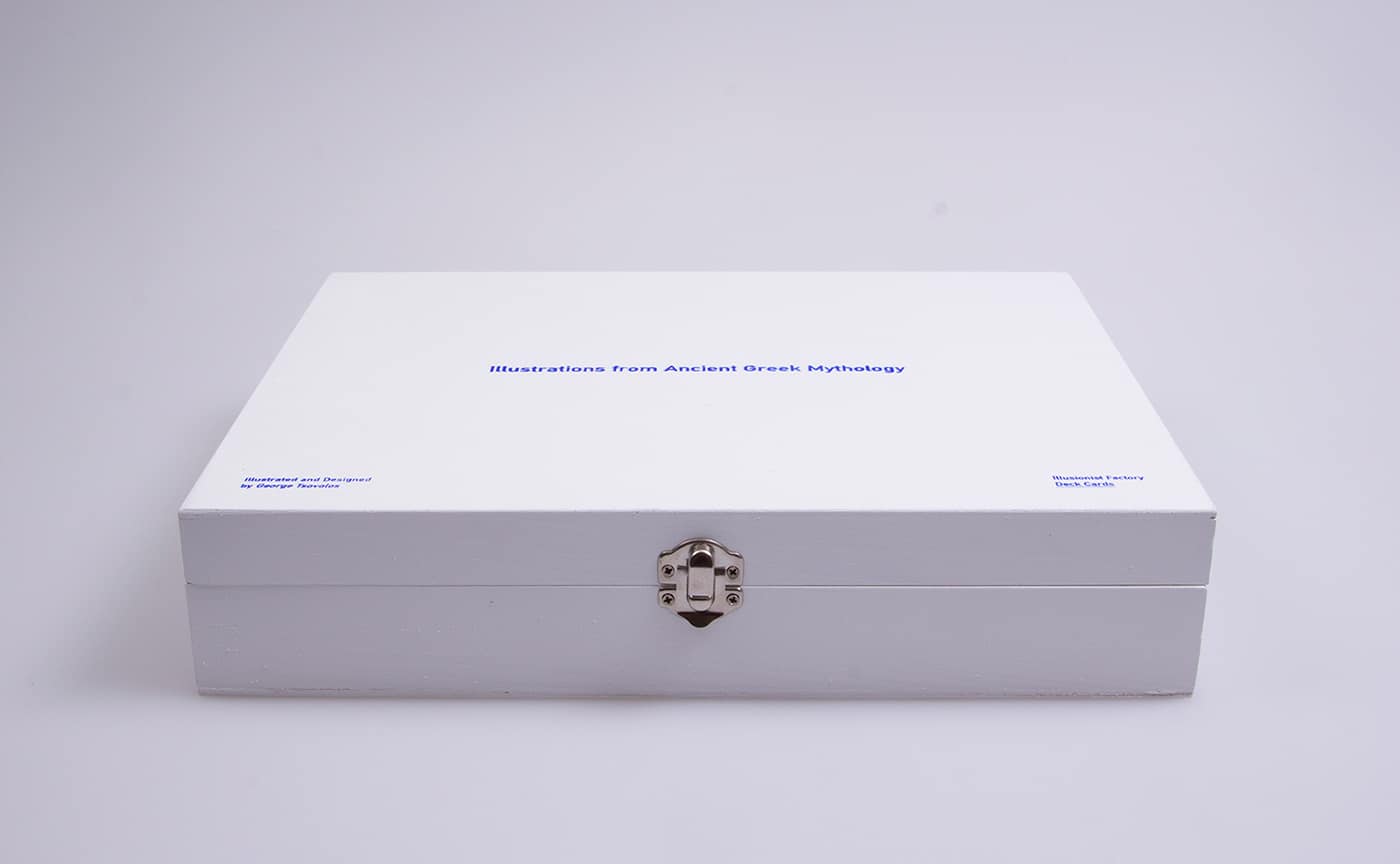 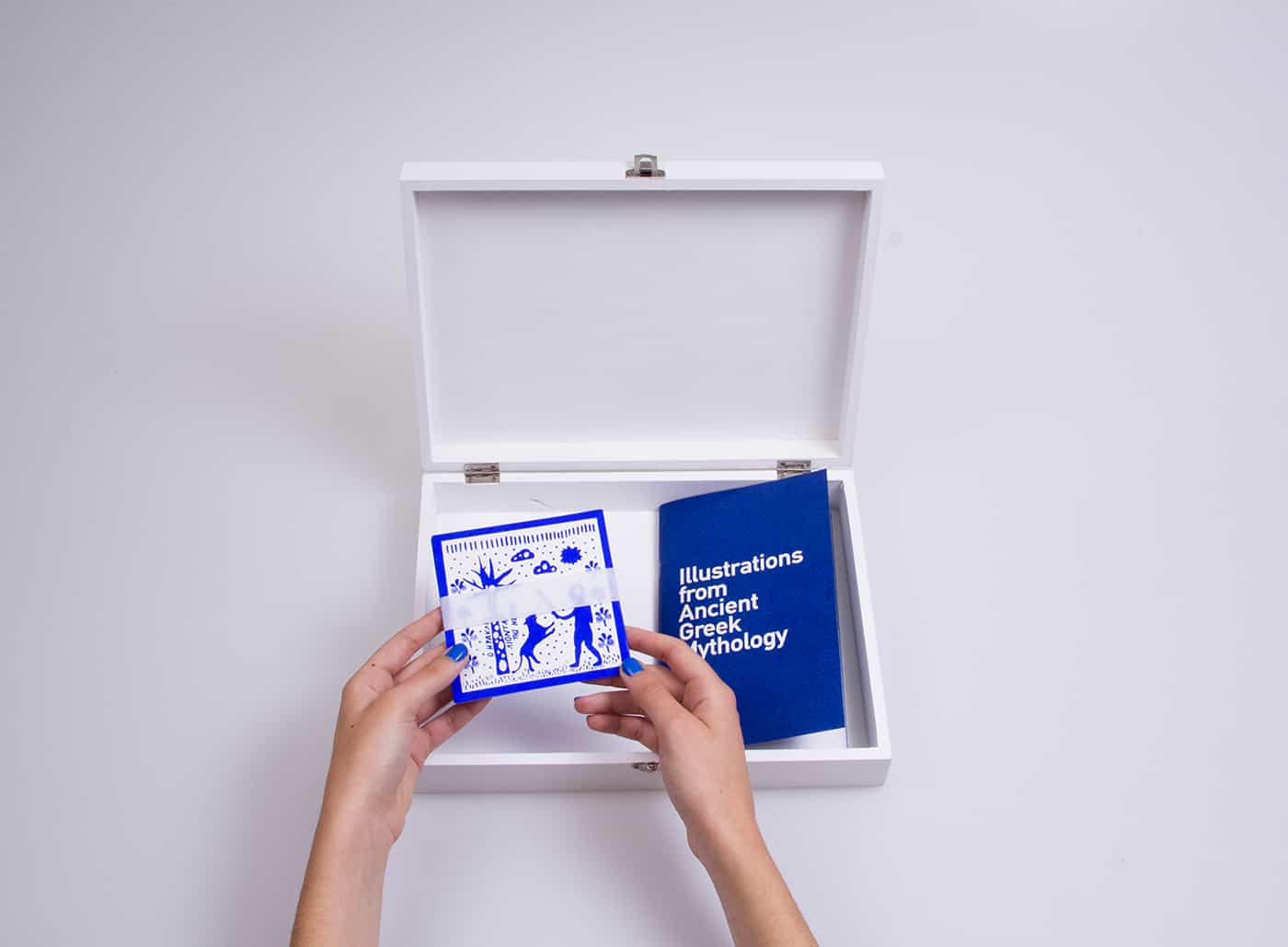 From January until June I was an Erasmus student at ESAD in Porto and one of my courses was Illustration. We had an exercise to illustrate playing cards with a free subject and given in any way we wanted. My professor was José Saraiva. As I was at the time in Porto, I felt the need to illustrate some Ancient Greek Myths and present them to my fellow students and professor who might not have been aware of Greek Mythology.
-George Tsavalos 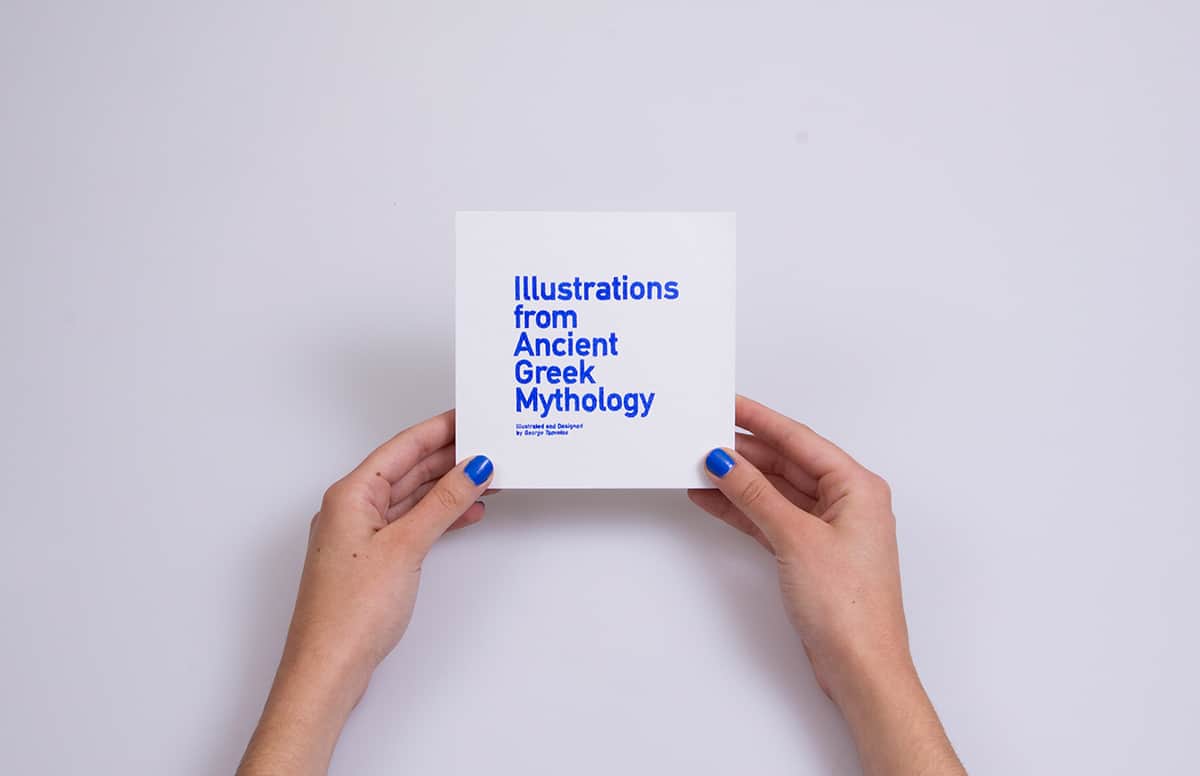 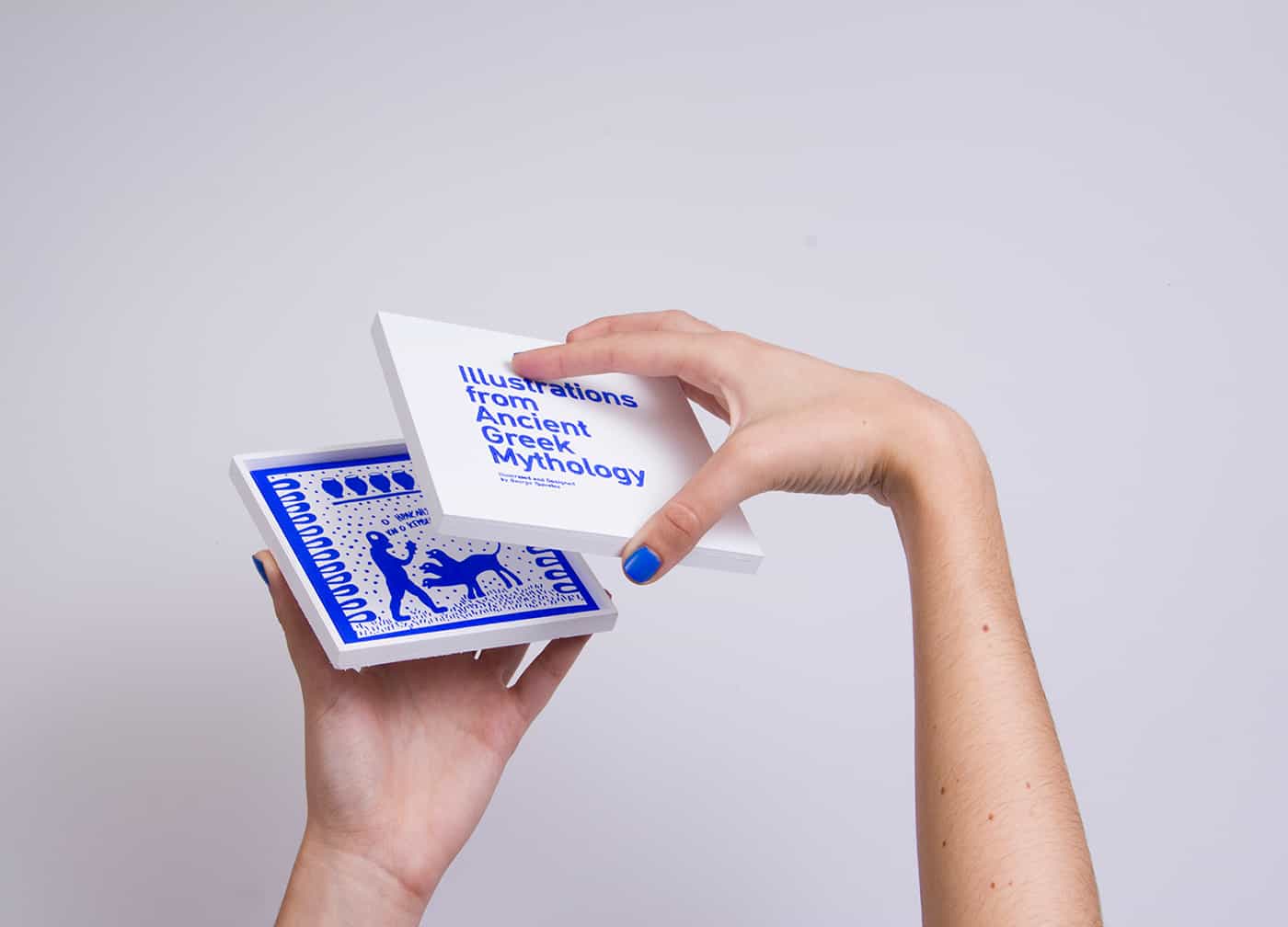 I chose Hercules and Theseus as the main human characters since they are well known for overcoming the narrow human limits in their struggle to help humanity. Regarding the illustrations from Ancient Greek Mythology, they consist of a series of playing cards, depicting four ancient myths. Hercules and the Nemean Lion, Cerberus, Lernaean Hydra, as well as Theseus and the Minotaur. First and foremost, I made a research on the depictions shown on Greek amphorae which were for me the most inspiring regarding the style of the illustrations I finally made.
-George Tsavalos 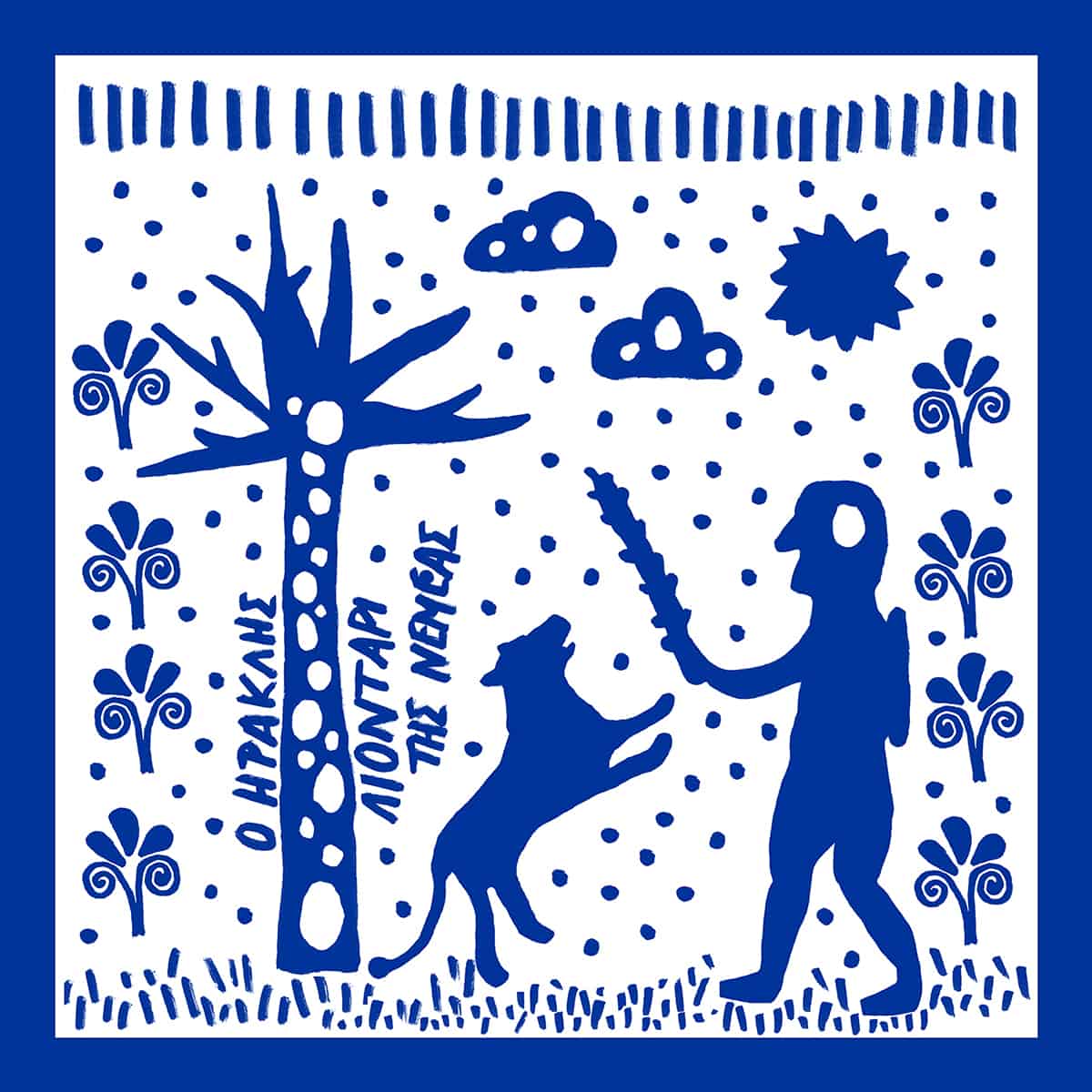 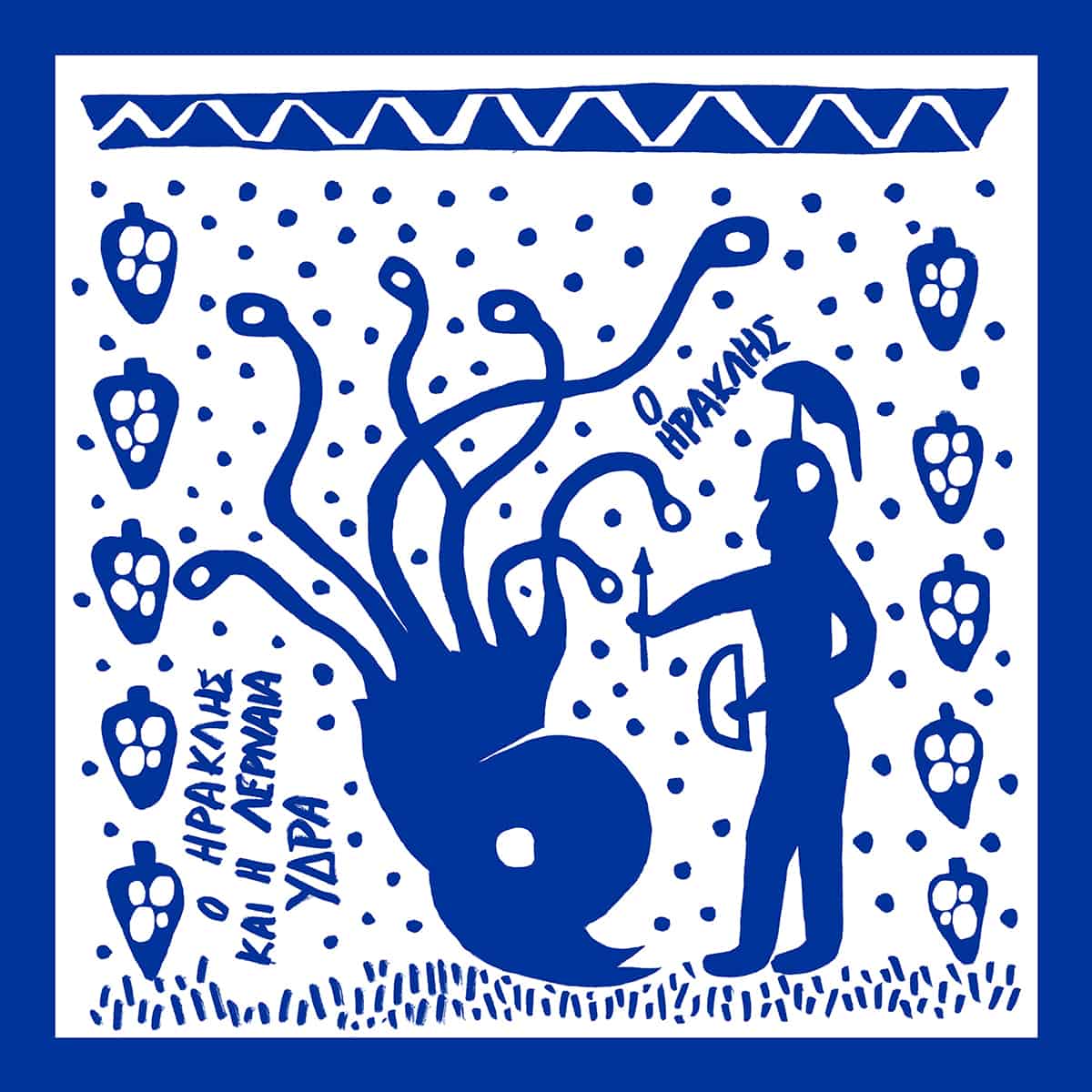 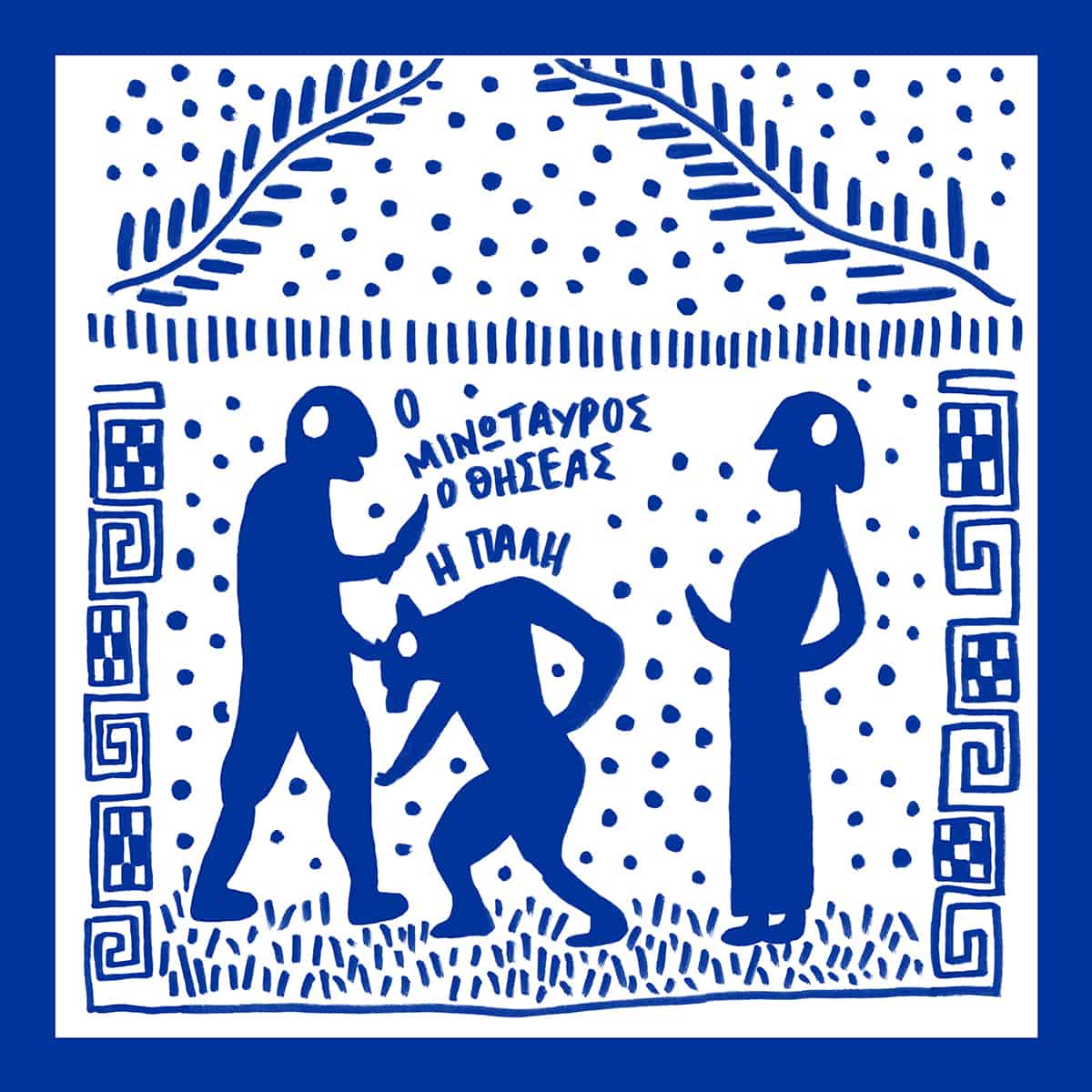 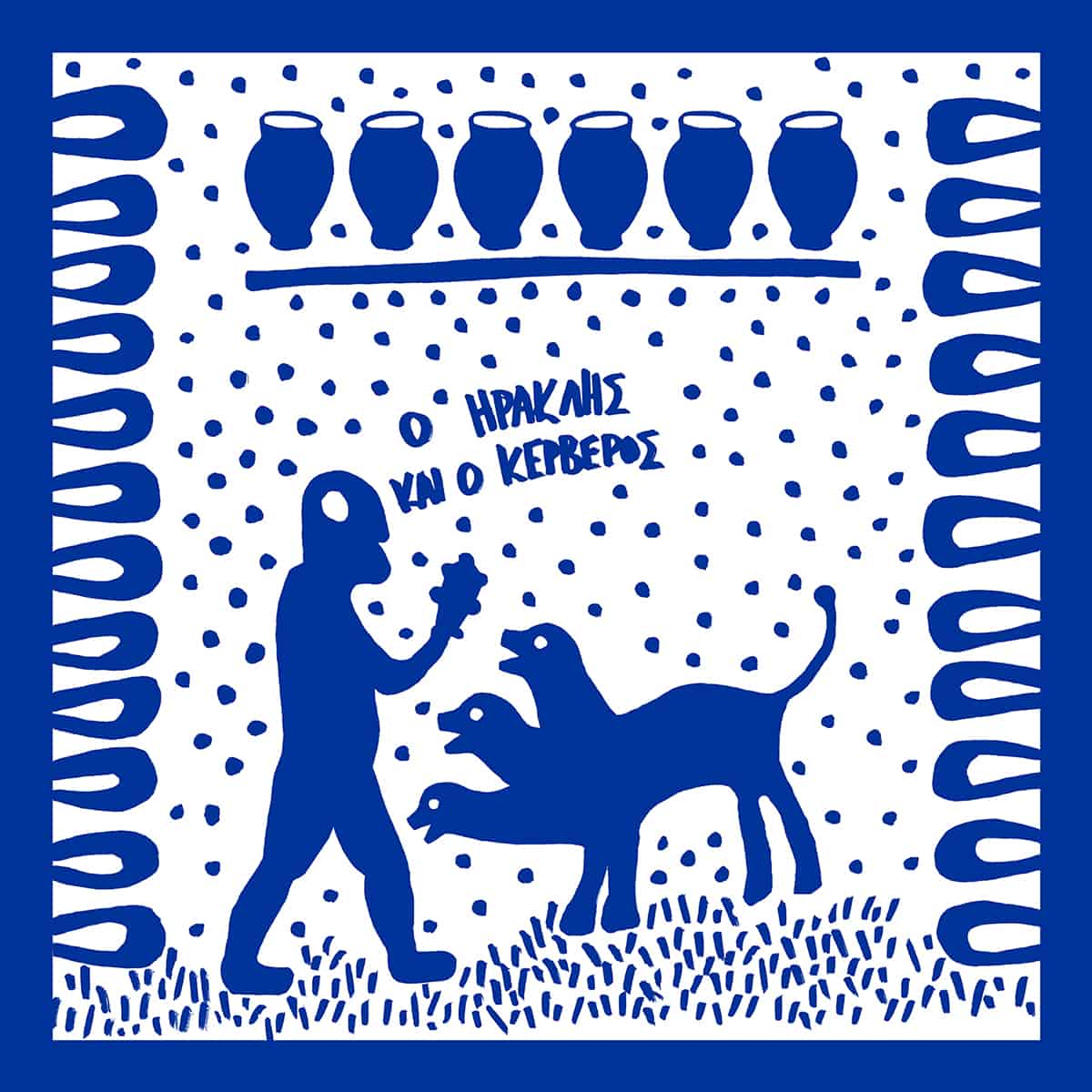 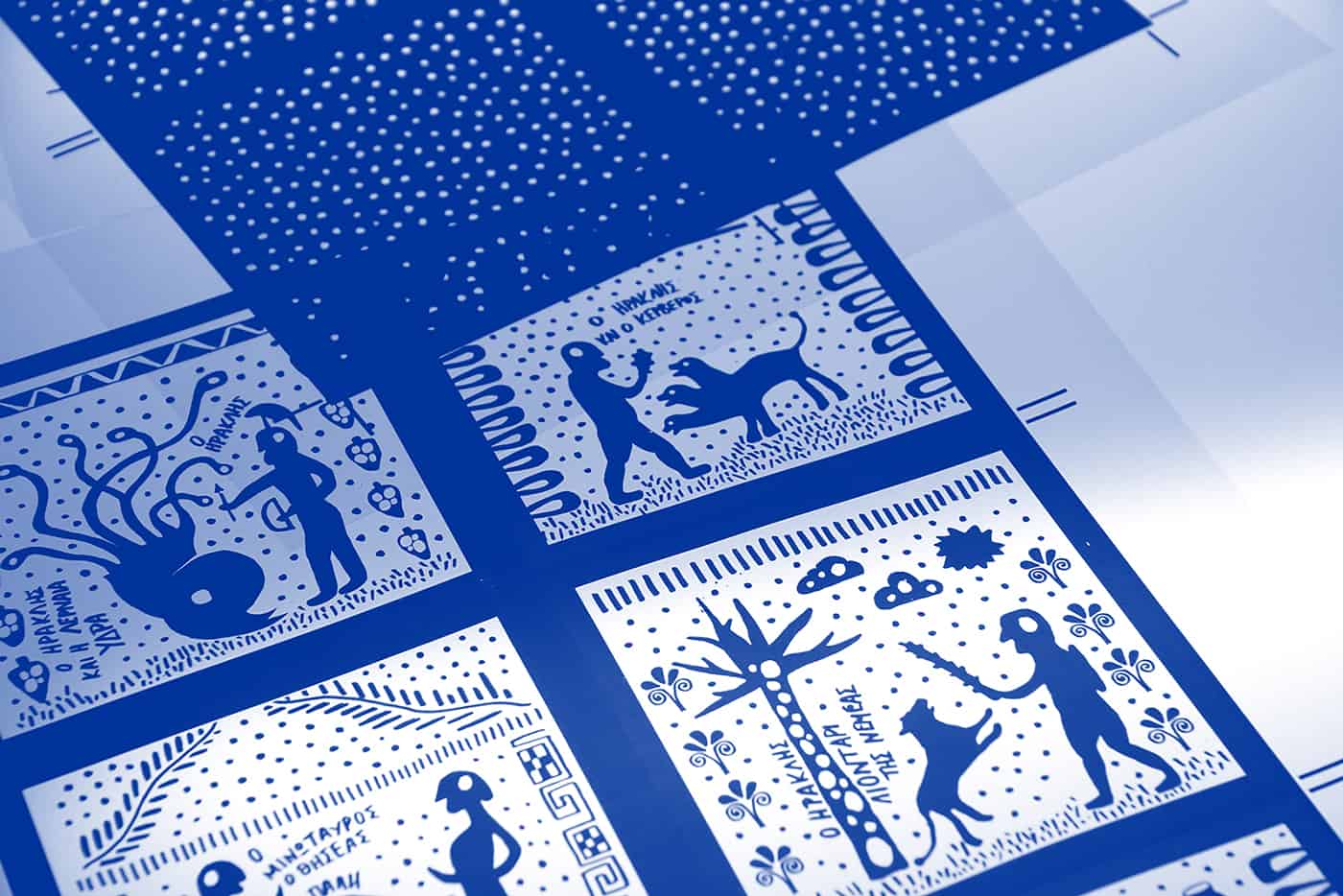 I was also inspired by the work "Greek Monsters", created by Beetroot, a Greek Design Studio. I thought that it would be a good idea if there were a kit with the illustrations and a book that explains the whole process and one illustration printed by 3D printing method. I finally decided that a wooden box would be ideal to present the kit. Since the University provided a space where I could print with the method of silkscreen, I decided to print them there. I printed everything myself on different kinds of paper also in plexiglass and wood. Finally, I thought that it would be more convenient for the user to have a smaller box so I decided to add a smaller kit by repeating the same procedure.
-George Tsavalos 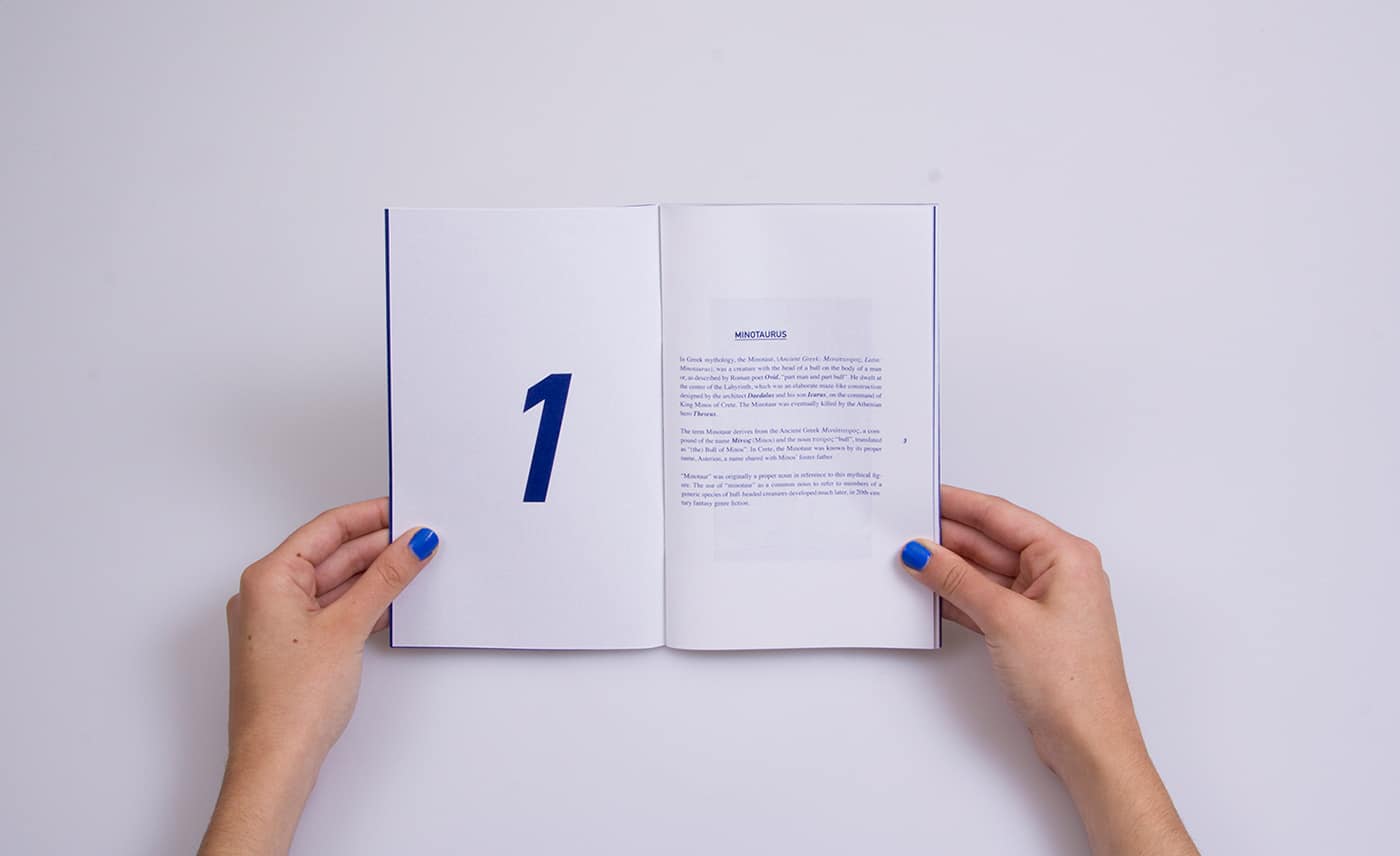 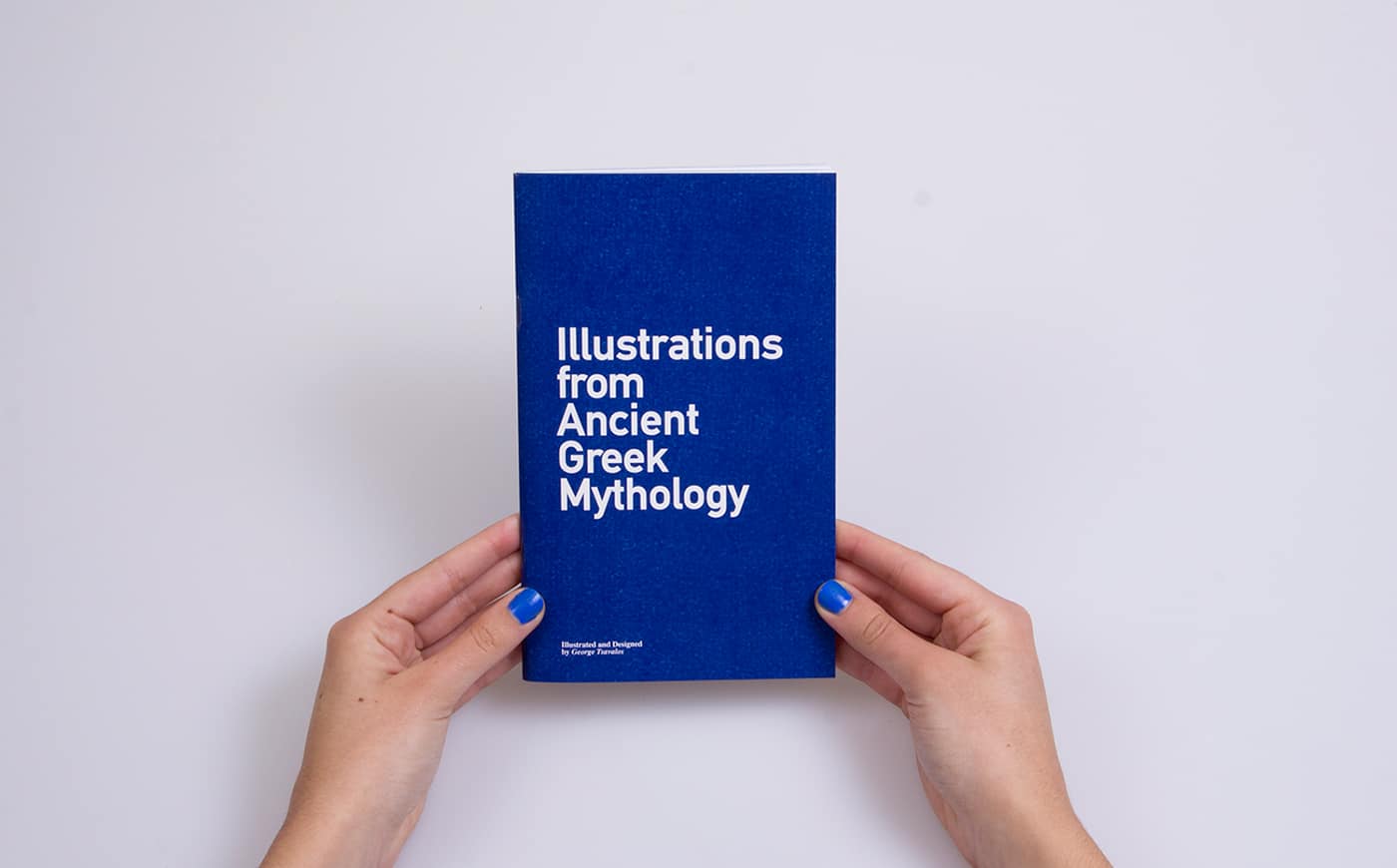 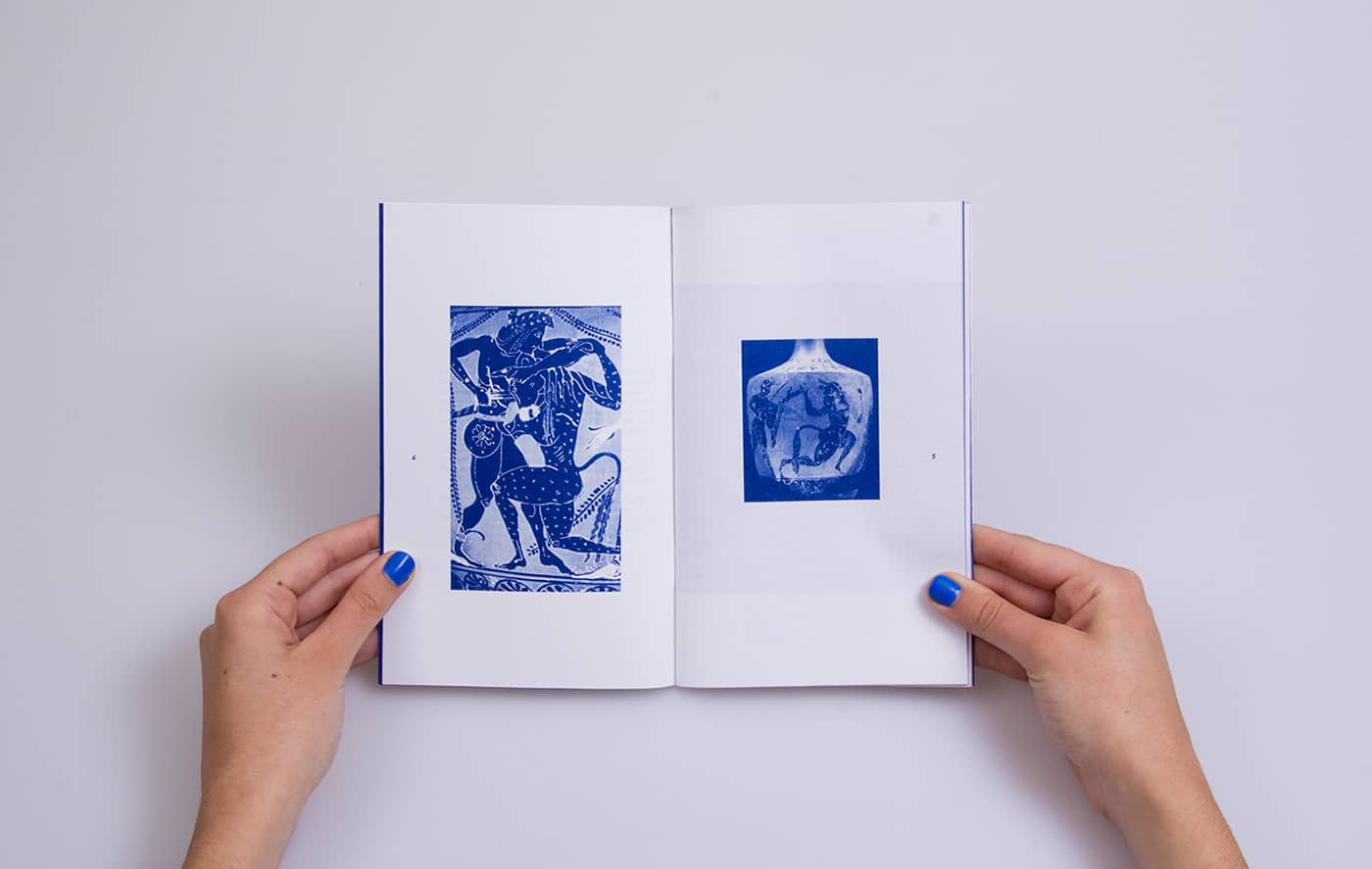