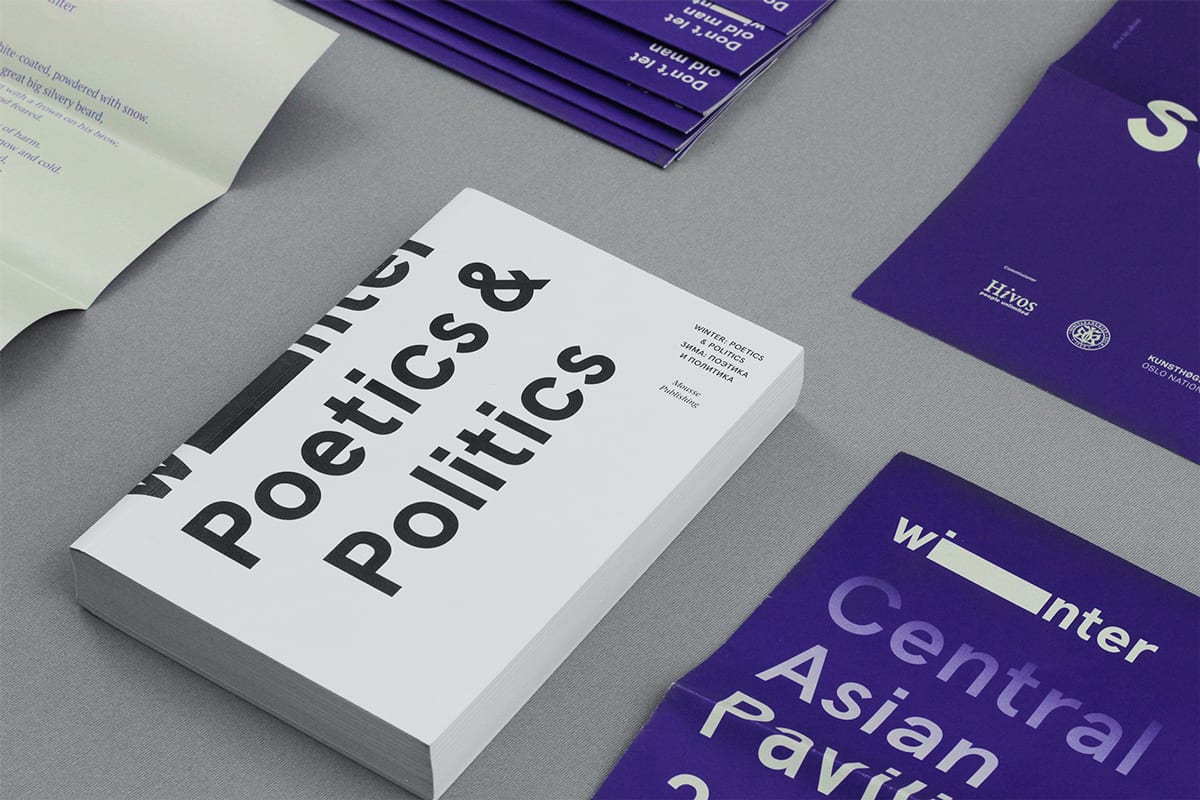 In 2013, the organization of the Central Asian Pavilion at the 55th International Art Exhibition – la Biennale di Venezia invited V.A. studio to develop the visual identity for the project.

The title of the exhibition WINTER is inspired by the poem of the 19th century Kazakh poet and thinker Abay Qunanbayuli whose work was concerned with questions of social justice in his time. The curatorial project recontextualized this poem to the current day Central Asia, aiming to broaden the political debate in the region by launching a series of events in Central Asia, Norway and Italy. A controversial book with texts on relevant socio-cultural and artistic subjects for the Central Asian public was also produced.
The communication project would reflect the Central Asian artists struggle, during the last two decades, to produce social and culturally relevant works in contradiction to the structures of power.

We devised the combination of a bilingual logo which shape resembles a block (evoking a length of wintery time as much as a barrier) with a vibrant purple color: the winter’s promise of spring.
The use of the last sentance of Abay’s poem in most printed materials also became a strong statement/trademark.
We developed a strong “branded” image, spread through a wide range of communication materials and applications, including logo, website, a book, brochures and exhibition wall texts both in the Venice venue and in Almaty, Kazakhstan.

V-A is a communication design studio dedicated to the creation of unique visual solutions on both print and digital mediums.
The studio was founded in early 2010 in Lisbon by João Martins, João Simões, João Sousa, Pedro Gonçalves and Sandra Shizuka. Currently the studio is also based in New York.
v-a develops multi-disciplinary projects for cultural and commercial entities, that include art direction, visual identity, graphic design, web-design, UI+UX and web-development. You can find more information at v-a.pt