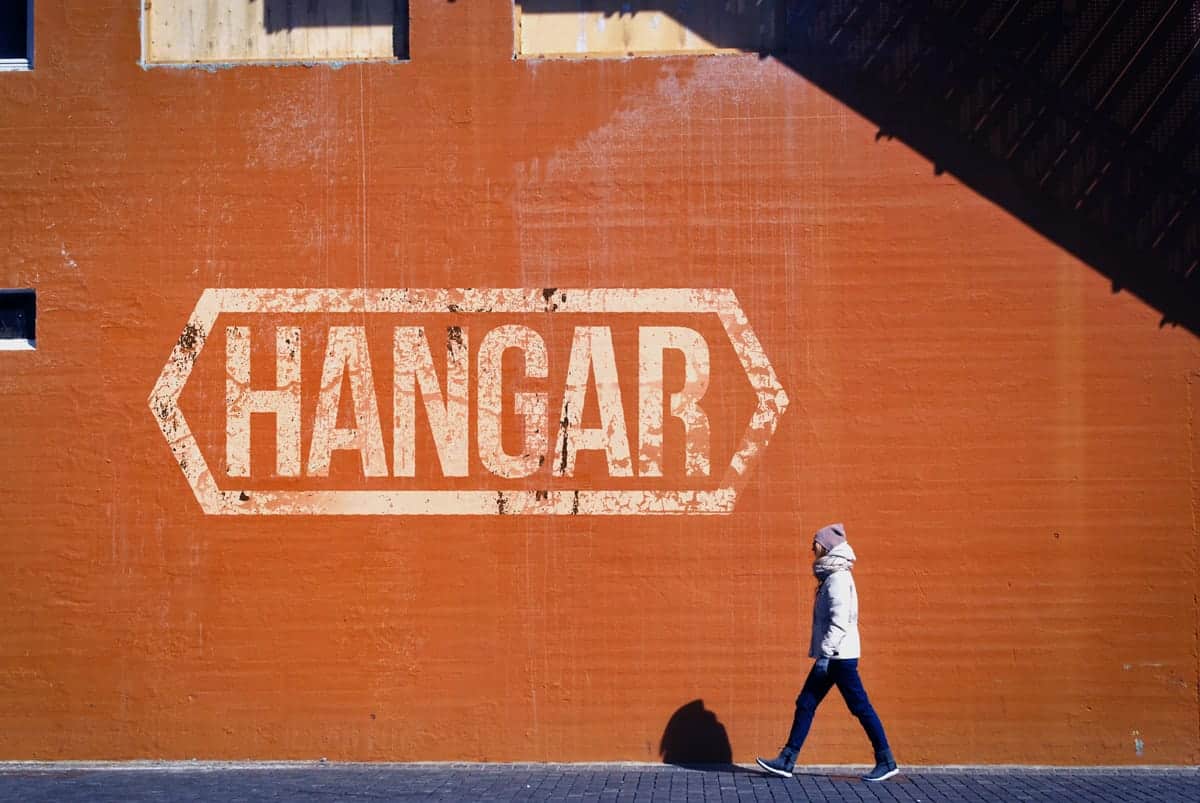 The task was to create a logo for the Belgrade’s new party venue space. Having in mind that the logo is going to be used as an addition to numerous information about the artists performing there and party sponsor’s logos I wanted to create almost neutral branding that is going to be recognizible at the same time.

The creative idea behind the logo is to create strong and bold mark corresponding to techno parties and artist’s performances happening in Hangar space. It has to be simple, modern and attractive and easy to apply in various media, from branding the wayfinders to posters, billboards, flyers and digital media. It’s simplicity provided that.

I usually first make hand made sketches checking if basic idea is clear enough to perform it that way. If so, I start creating the typographic solution first, modifying it in this case and putting it in its optical shape. This logo was completely made in Adobe Illustrator, which is the perfect tool for it.

This logo represents the basic idea of the venue it’s made for, so it was accepted as a logical trademark of the whole big idea. It proves that simplicity is the key for good and powerful design which is useful and simple to apply to various media and sizing.