My friend Michele Illuzzi and I were planning to open our photo studio. The idea for the name was inspired by the semplicity. Less is more. The logo was to be the graphic transposition of the concept.
In a world of visual overexposure, the need for concreteness and essentiality has appear more and more for almost a century, without renouncing to external beauty and functionality.

Looking at the photographic production of our competitors we noticed the massive presence of exaggerations, of useless redundancies. There is too much production. We are visually bombarded. I have always admired the modernist philosophy of the Bauhaus and its tendency to subtract.
This current of creative thought was supposed to be our spiritual guide in our visual production.
In fact, the motto "less is more" of the visionary Ludwig Mies van der Rohe has forever echoed in my mind during the brain storming phases.
I preferred a synthetic style accompanied by a strategically striking colouring: black.
Many masters of design have considered black, in graphic design, as the color par excellence, the most sincere color and less subject to perceptive variations. Non-colour, constancy, significance, reduction to the minimum of every need. The initial design was carried out on the sheet of paper, leaving the hand free from any mechanical friction due to the use of the computer. After several attempts, I vectorized a chosen sketch using the Illustrator software (Adobe) for greater precision.
Each element of the equation "less is more" has been abstract to the limits of recognition to arrive at a visual synthesis graphically acceptable.
The use of vector software has allowed the refinement of the lines with millimetric precision and the possibility of making the project digital. 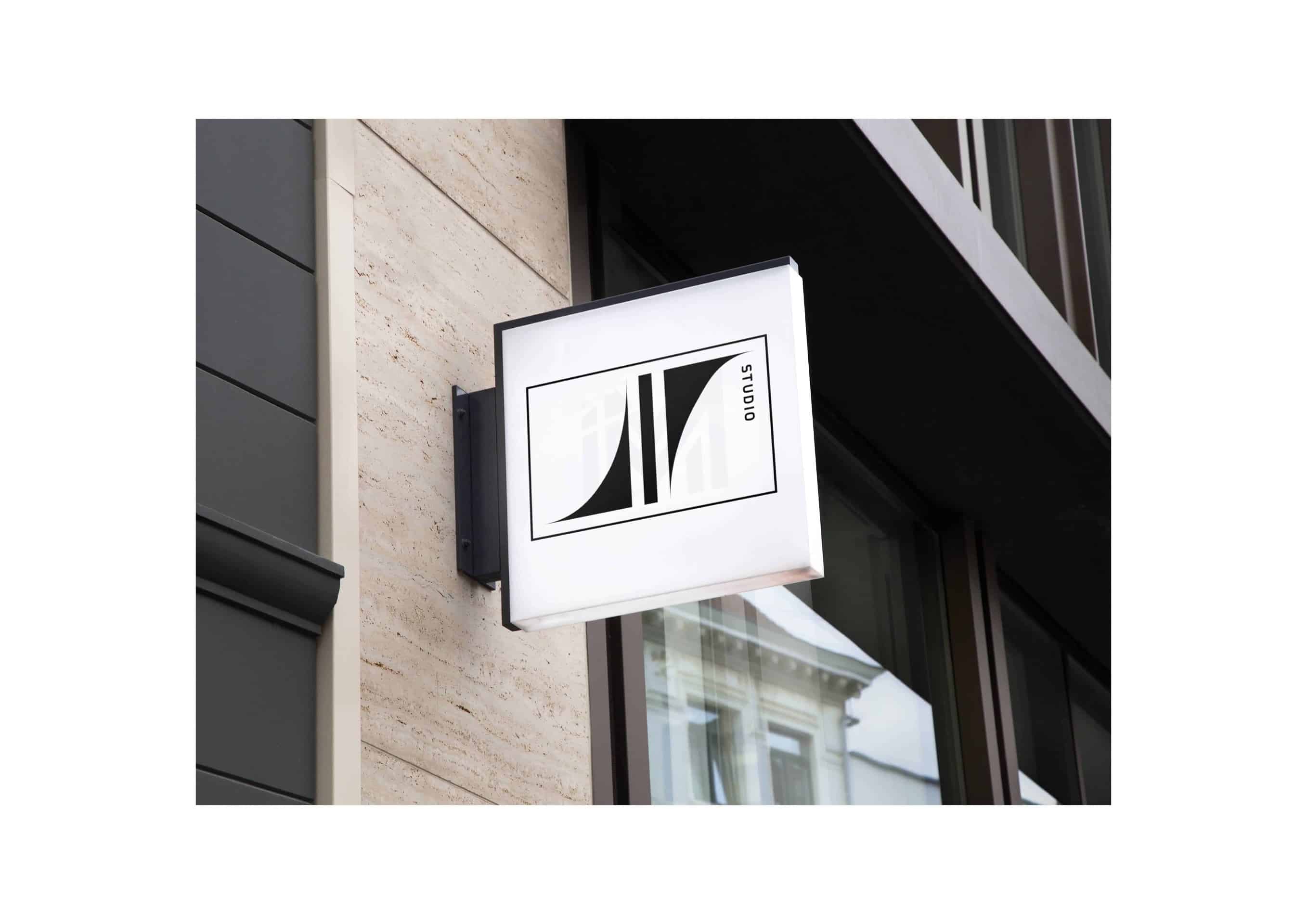 The project for the opening of the studio has undergone some variation and controversy in recent times, however, I believe that the logo designed remains valid and of good formal consistency.
I would like the famous statement of the German architect and designer to be a warning to everyone, in any situation, from the design of everyday life to that of elaborate products. Of course, extreme subtraction does not always lead to optimal results, but awareness of this possibility can open the way to intelligent, functional and aesthetically acceptable productions.

I can be a photographer or a visual designer.
I can be a musician or a critical listener.
I don't know who I am.

You can help me.