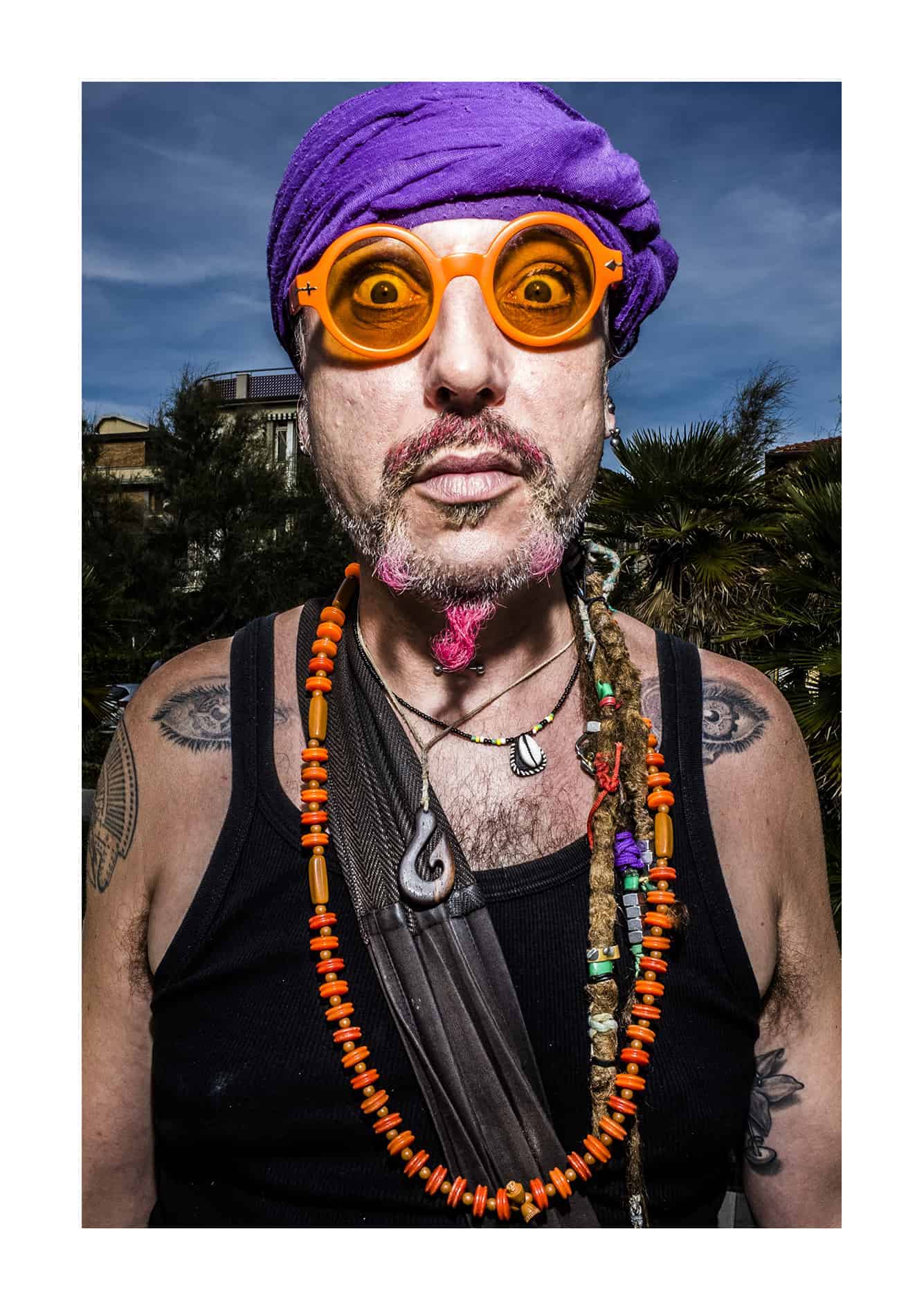 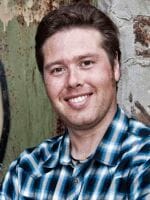 "Portraits by Salvatore Matarazzo" is a series of ever-changing snapshot portraits, where I try to break the myth that photography always tells the truth. The people portrayed are ordinary citizens who I try to make them iconic by giving them a unique format, I believe that rather than portraying them I am portraying myself through them. With these photos I'm telling my truth and not the absolute truth 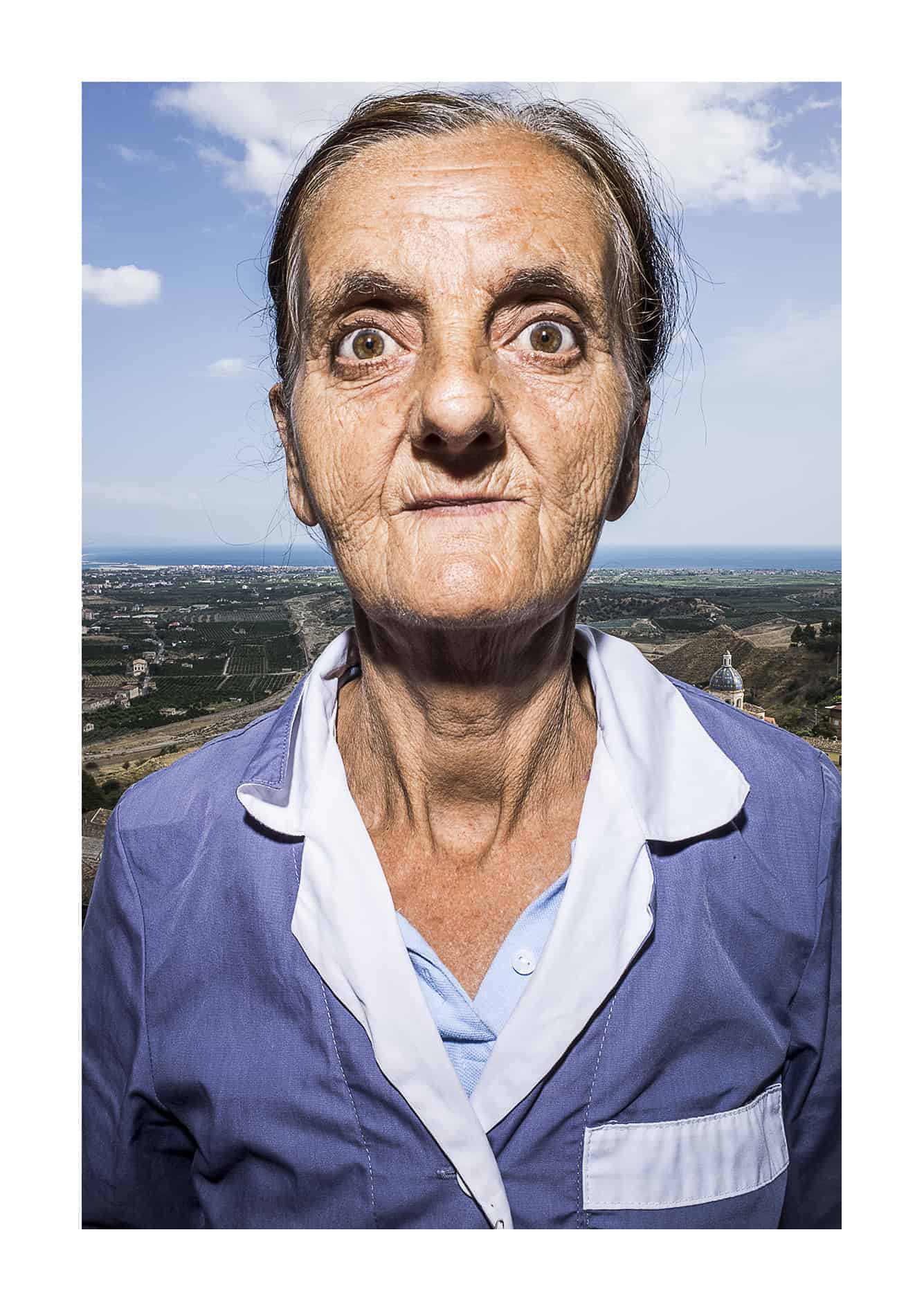 I am a street photographers and I often go around the street looking for the right moment to photograph, in a frenetic, casual, and unplanned way. But for this series still in development, I thought of something cleaner, out of the canons of street photography.
To make these photos I use a Ricoh Gr 2 and an external flash, 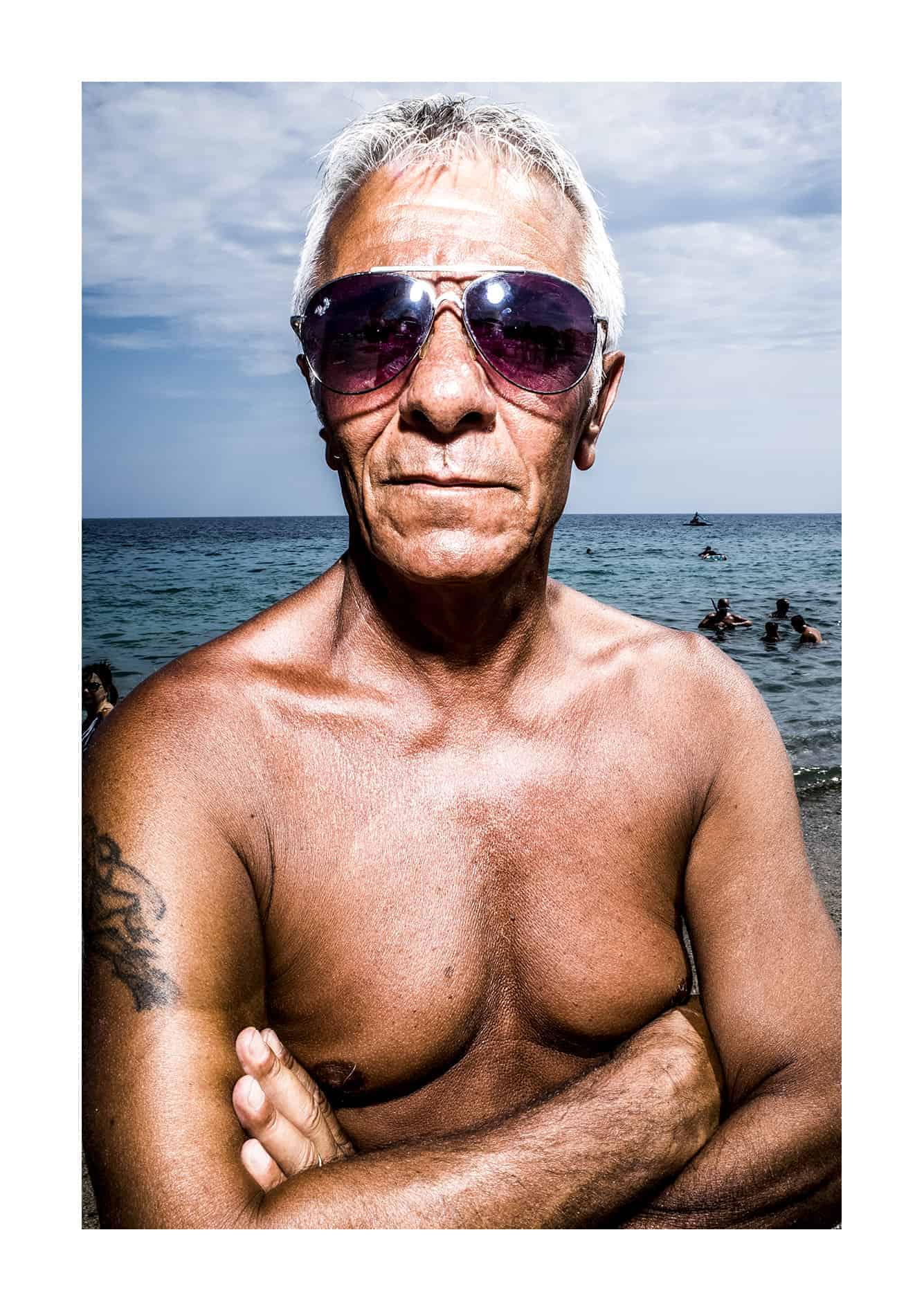 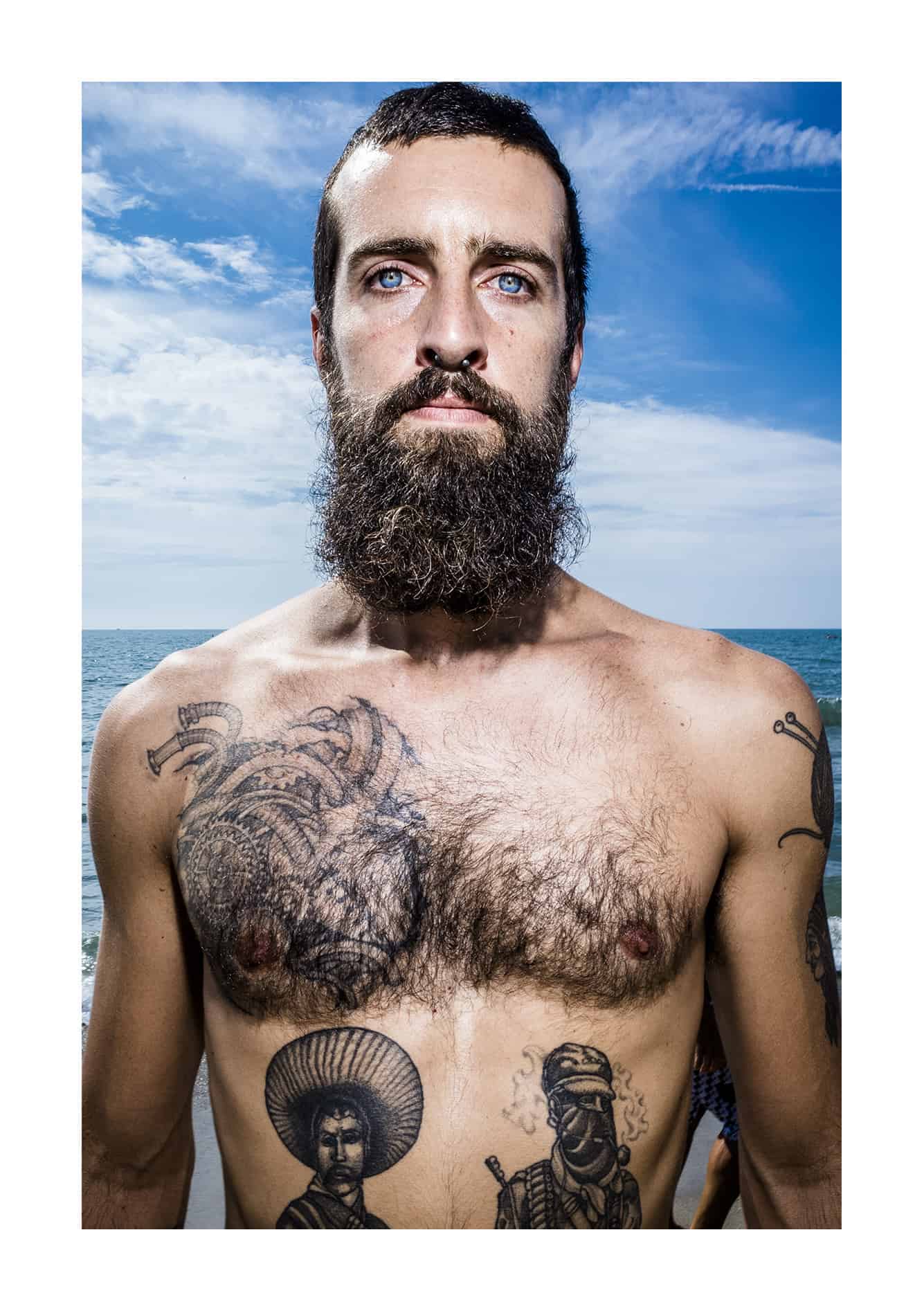 I use adobe photoshop, but only for things like normal routines, lights / shadows, contrasts and clarity. I do not like to alter photographs with heavy interventions, the external flash already makes 80% of the work, illuminate my subjects with the raw light at a very close distance, this makes sure that the colors come out beautiful saturated and full of contrasts 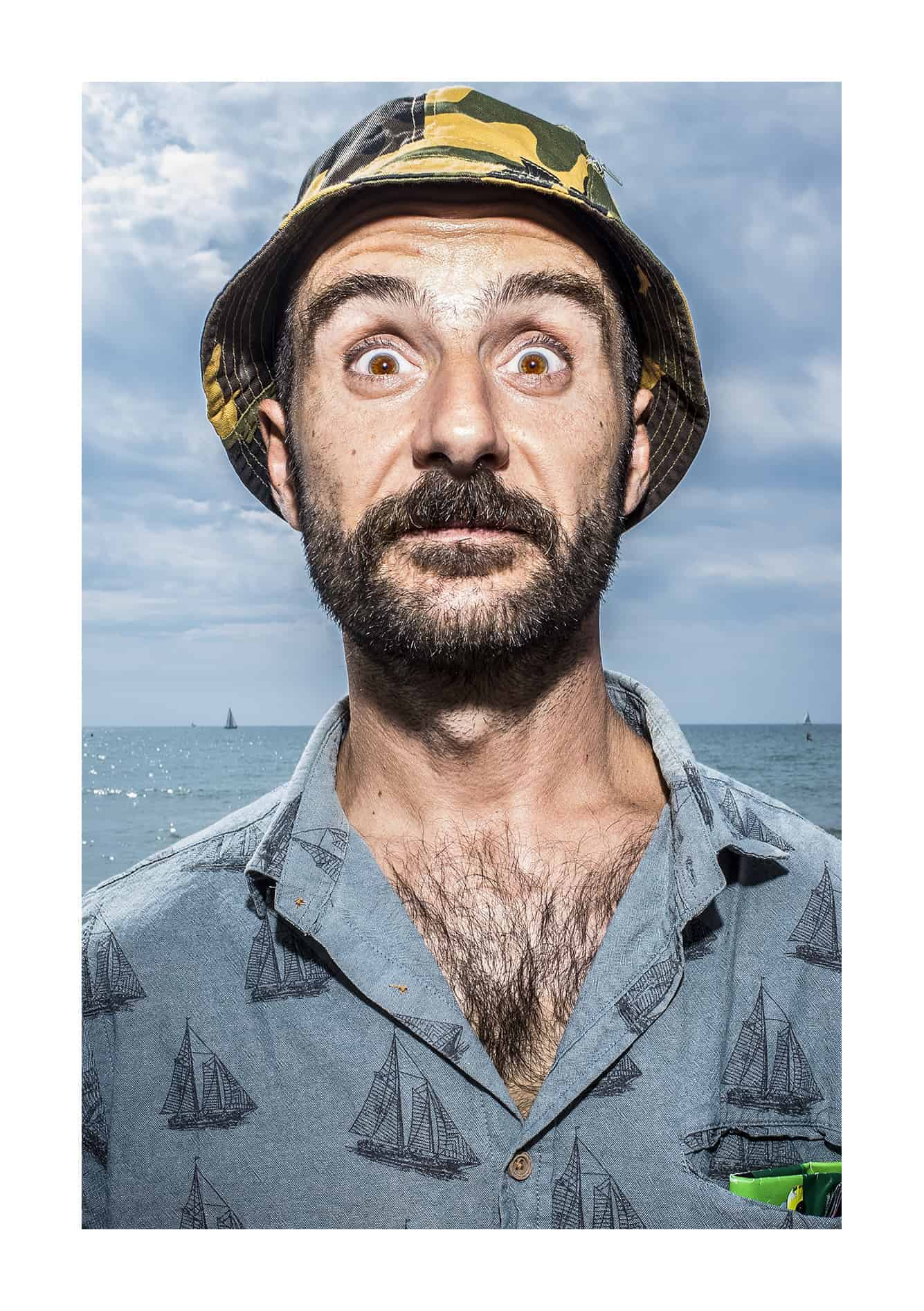 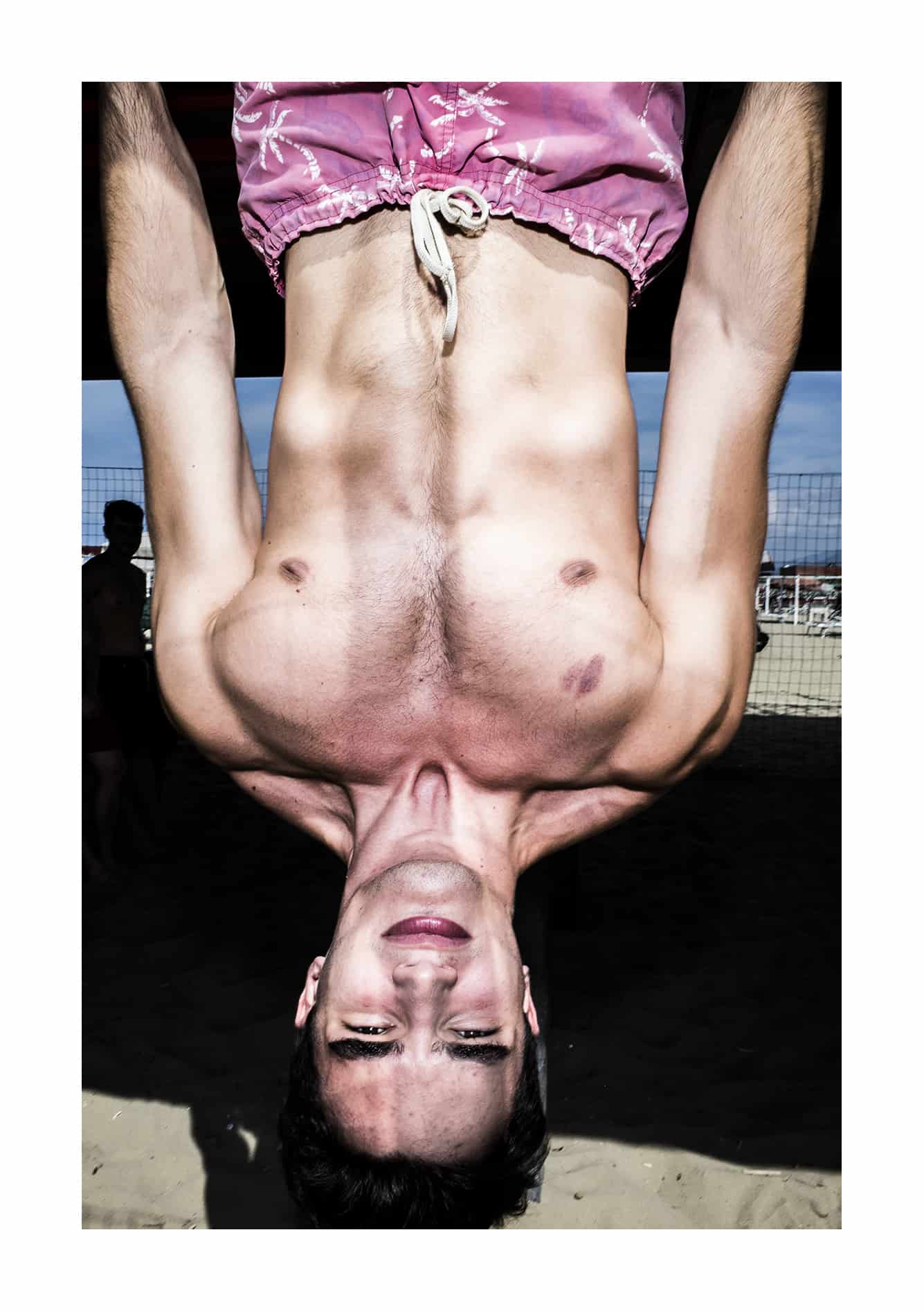 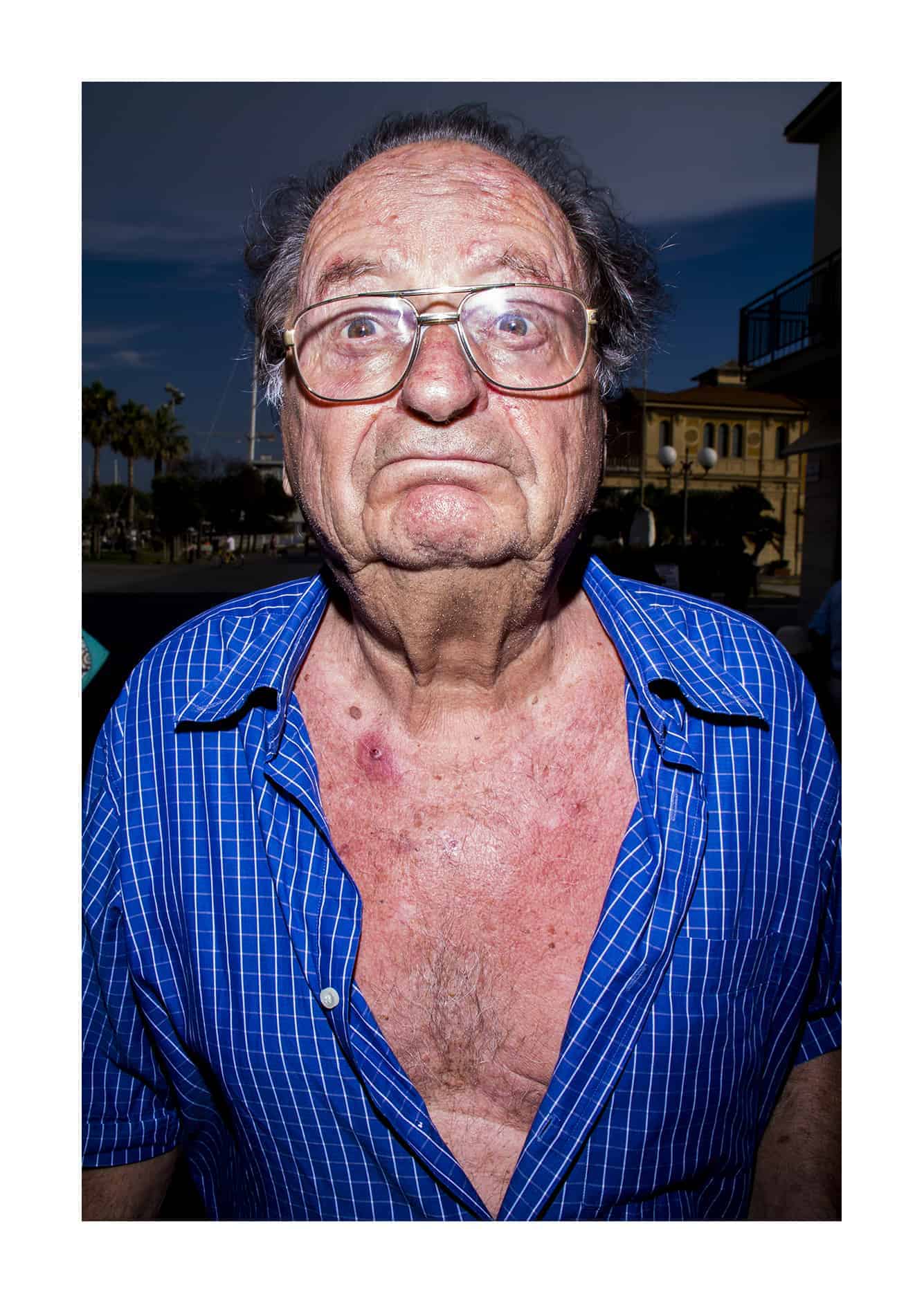 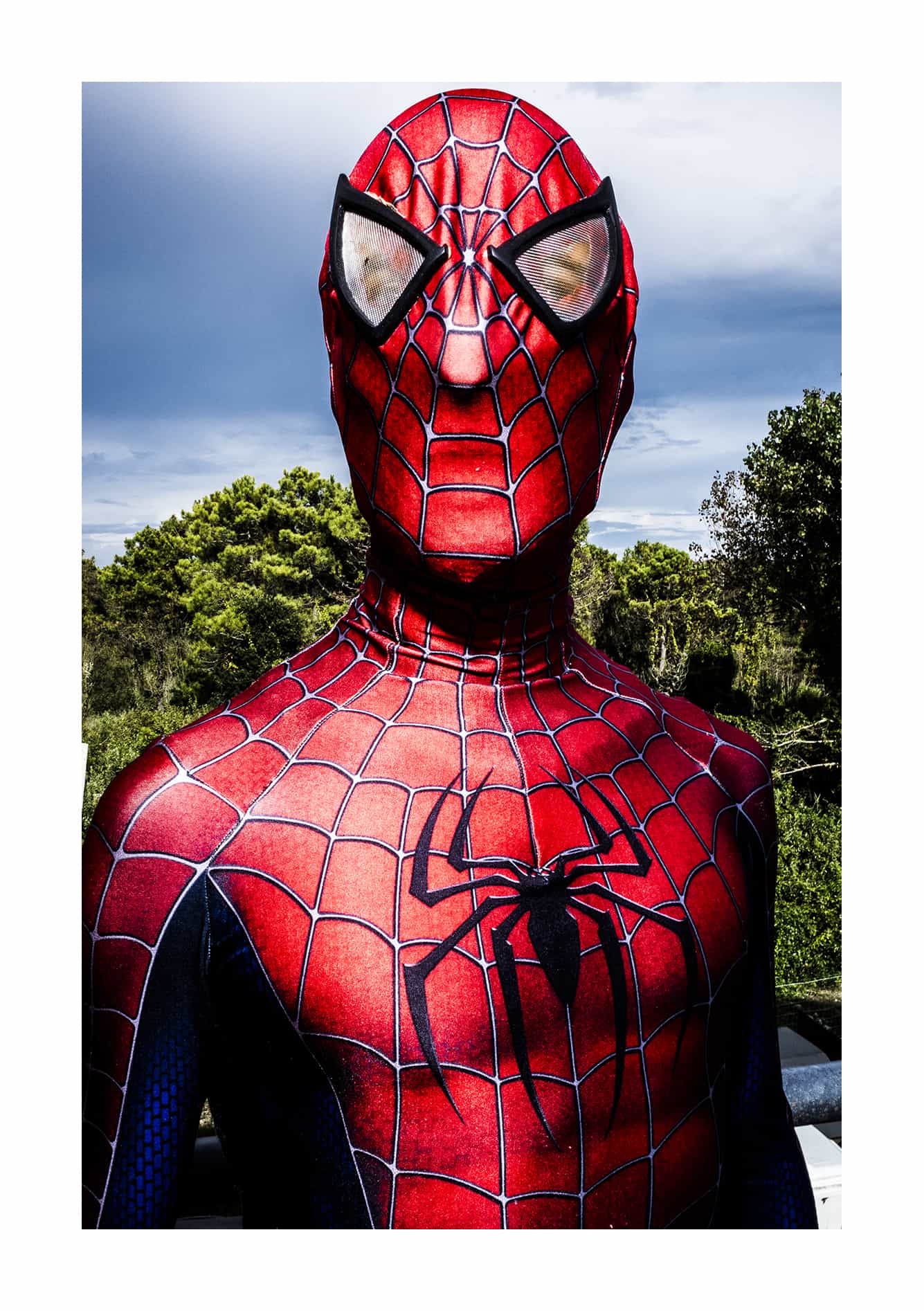 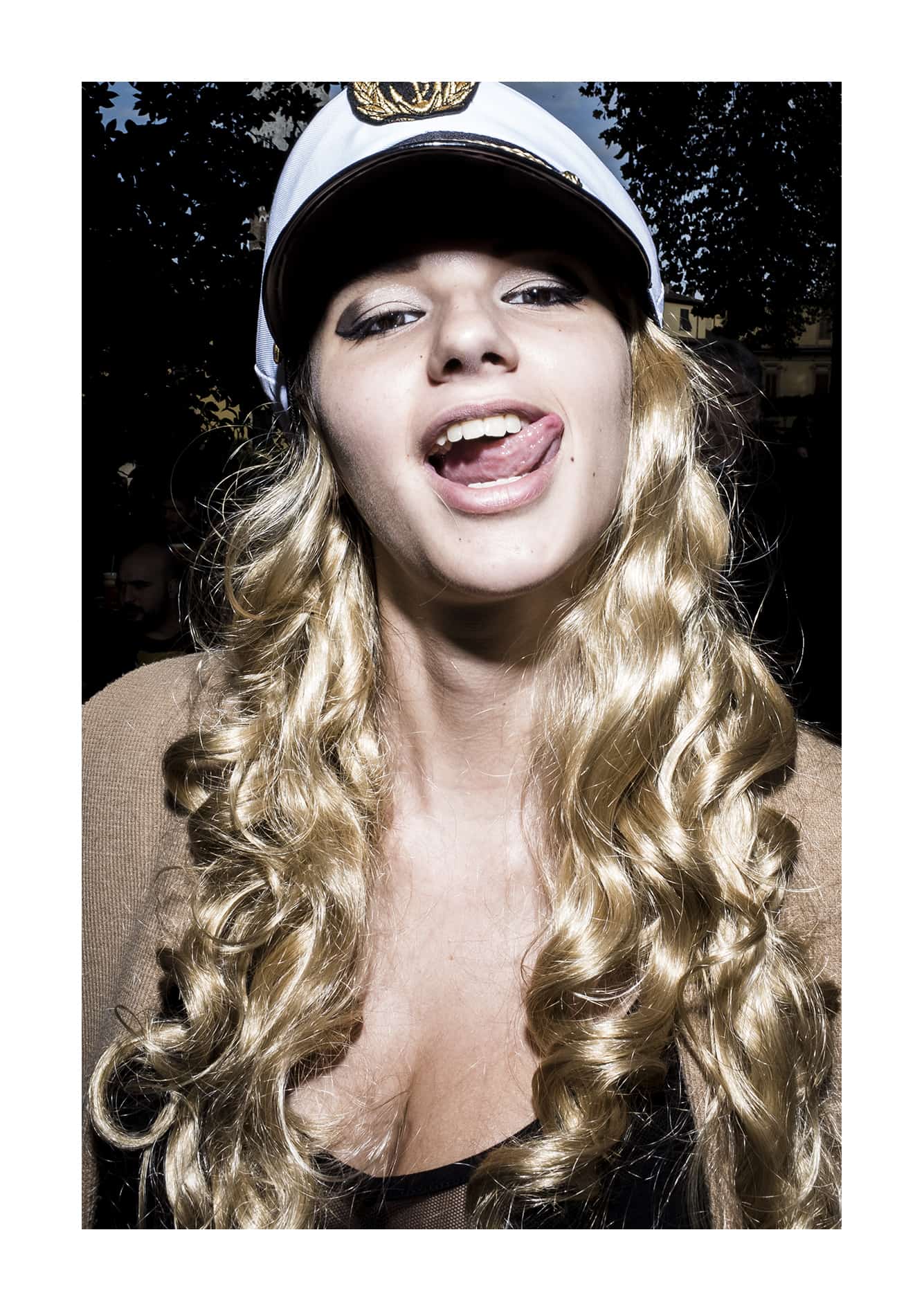 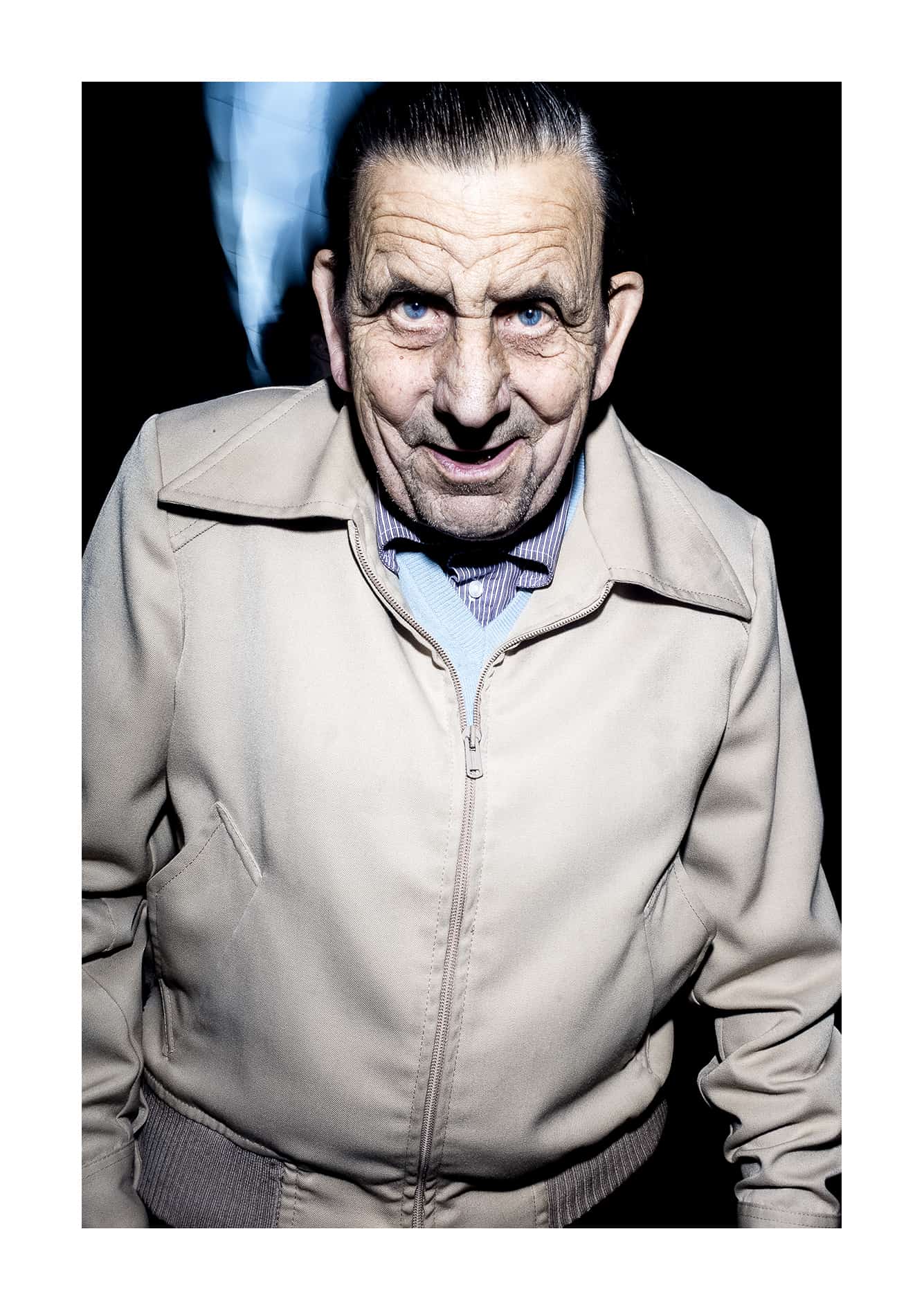 People respond in a surprised and amused way, especially the subjects, they feel at the center of a photographer's attention, and I can almost always convince even the most shy, I like being among people, I love people, I think I'm very empathetic towards them. Of course you never stop learning, especially on the street, every new person for me is a discovery.

Salvatore Matarazzo (Viareggio, 1980) is a contemporary street photographer, his research is characterized by very expressive portraits symbolizing the quirks and obsessions of our times.
After attending photography classes he was dedicated at journalism photography, publishing his photos in the most important national newspapers.
Interested in the street life and public spaces, in his photography Salvatore use the flash in manner instinctive and not authorized, he go very close to the people and the Illuminates them without alerting them, impressing in his photographs, expressions and unrepeatable moments.
Street photography has always played a key role in the production of the Salvatore; initially as a way to document news reports, reportage and events. Until in 2012 he chose to leave the journalism for devote himself to a form of expression free from any kind of conditioning, his new point of view has led to various publications for the best magazines photographic, among these, ISP, Vieworld Photo Magazine, Street Photography Magazine, and Huffigton post.
Matarazzo in 2013 became part of the international collective Elephant Gun. After several solo and group exhibitions in 2014 he published his first book "Carnival" a book dedicated to his hometown Viareggio, always in 2014 is selected among the finalists at the Miami Street Photography Festival, which has the final repeated in 2015.
Later in 2016 he became the winner of the third prize of the TIFA PHOTO AWARD.
In 2017 he became a member of the international collective, Full Frontal Flash.
Website

2 comments on “Portraits by Salvatore Matarazzo”