The technique of polygonal vectors allows you to easily create something catchy. At the same time, it allows you to concentrate on the whole by removing all unnecessary details. You can play with simple shapes and colors to reach the final looks with a bit of feeling of 3D sculpture.

As a teenager, I took art classes and did mostly realistic paintings. At the university, I started to simplify my style until I ended up making hard-edge paintings. After that it was just one step to polygon objects. I reached this step while I was working as a graphic designer. It inspired me to move from painting to digital techniques, which are far more faster and the possibilities are endless. 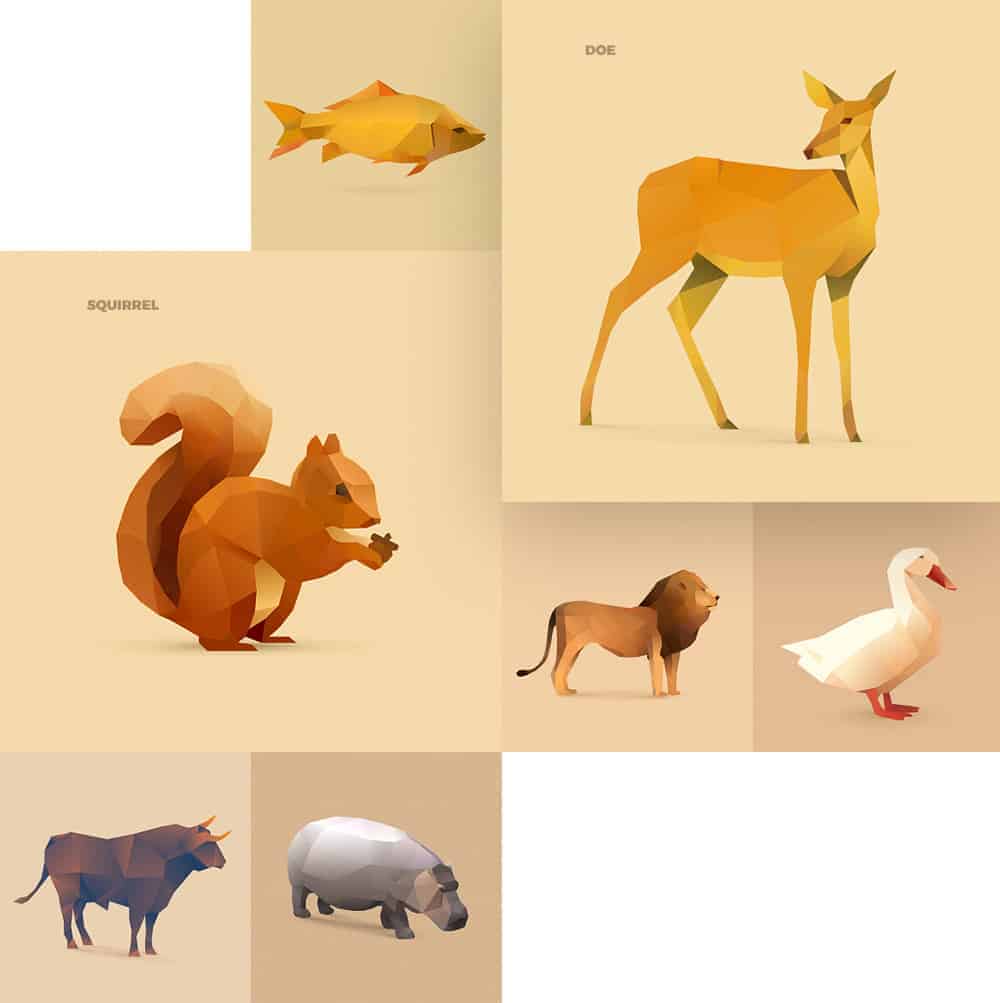 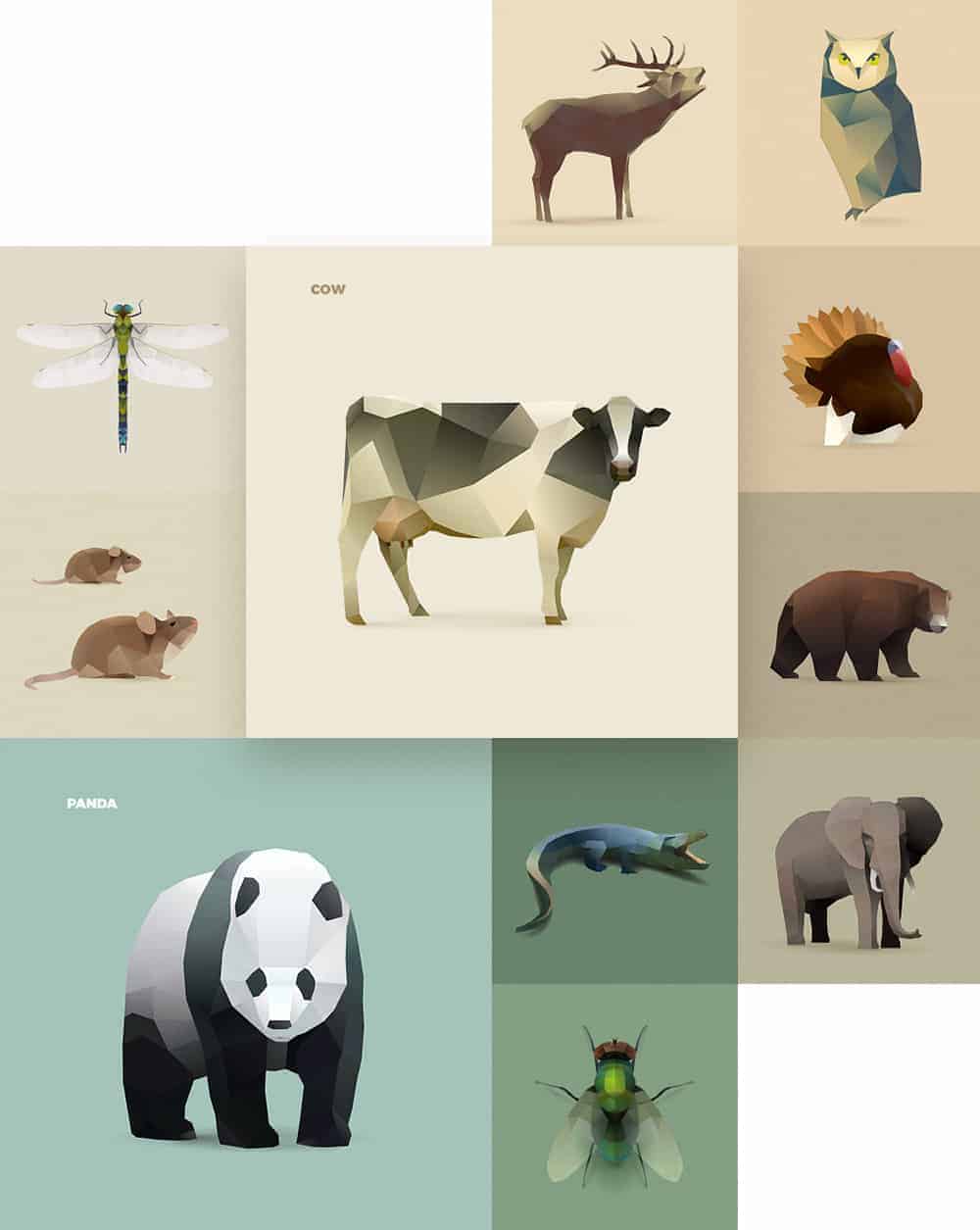 As I changed the technique I naturally changed the tools. It took me a while to get used to draw with tablet pen, but after a while it became my favourite one. I work mostly in vector editors (doesn’t realy matter which ones), but when I’m creating presentations, for example for Behance, I also use raster editors to put a touch of texture to vectors.

First I create hand-drawn model using mainly straight lines. I always try to find the specific, basic lines of the object. Then I transfer the drawing into the computer, to a vector editor, where I redraw it to vectors. Sometimes, I skip the paper drawing and experiment straight in the computer. Especially, if the objects are as simple as, for example, iceberg. I continue with colors. I usually make moodboards from photos with a similar subject. Then I create my own color palette and apply the colors to gradients. This helps me to achieve the effect of volume and lighting. I always use linear gradients except shadows. 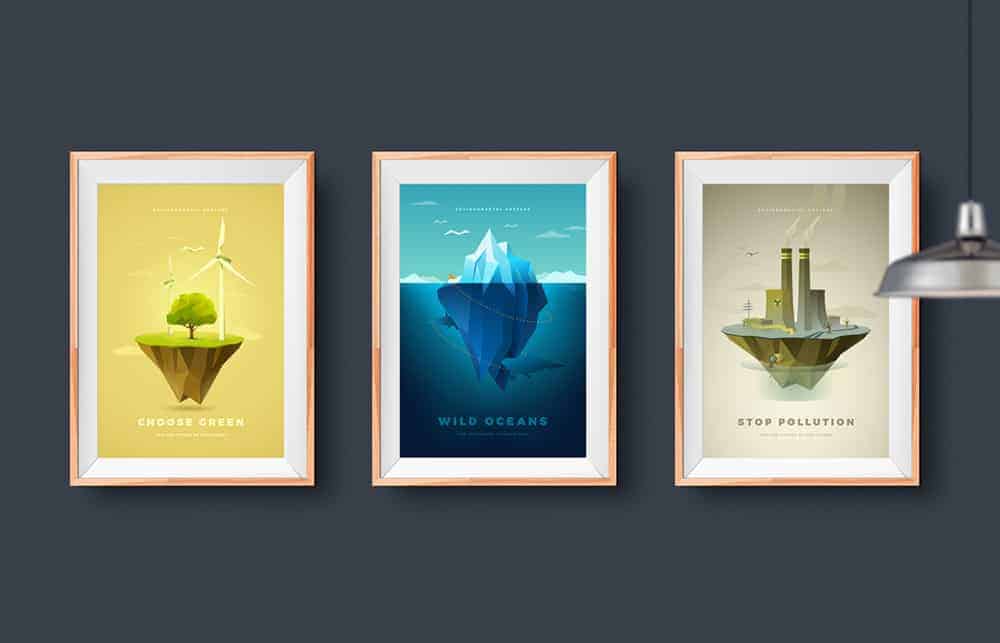 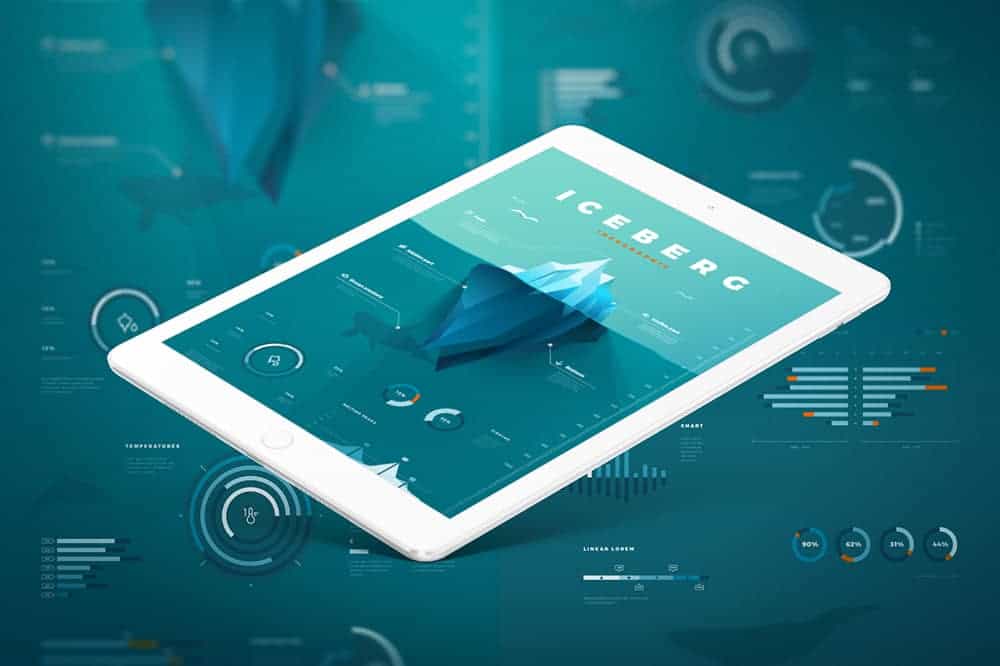 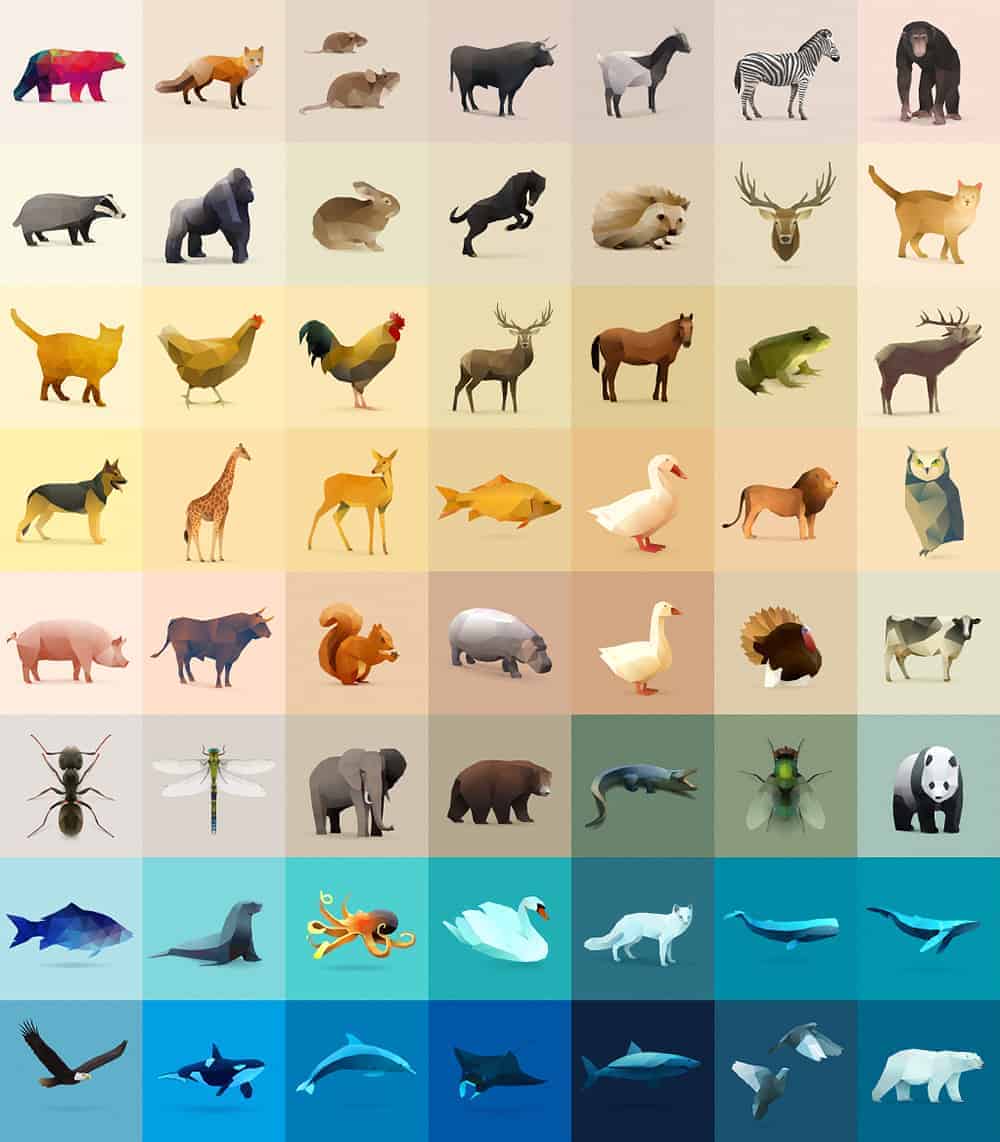 When I started with polygonal illustrations (in the beginning of 2015) I knew, that it was a bit late for them. This style was already established in design community. But Blauananas was meant to be mostly commercial project, not an experimental one, as I knew that there are still possible audiences exploring this kind of style. And people like it.
Low poly style was born, I think, somewhere in 3D modeling. And that’s the problem: vectors have their limits. If you want to animate illustrations like these you can use vectors ( https://vimeo.com/226634844 ), however, if you use 3D models your possibilities are much wider. This is my next step: to switch from vector illustrations to 3D modeling to make the objects more alive.

Vector polygonal illustration gives you power to visualise your ideas very quickly. On the other hand, possibilities of this technique are obviously limited. And that’s the point: this kind of illustration should not be the end but more like sketchbook capturing your ideas from beginning. And beginnings are exciting:)

My name is Matus Stenko and Blauananas is my soft and trendy design project of many shapes. Polygons, isometric illustrations, vintage style and even particle design. This is all what I like and what you can find in Blauananas.
Website
CategoriesIllustration
Tagsanimals, earth, Globe, Iceberg, illustration, low poly, minimal, minimalism, polygon, polygonal, simple, vector