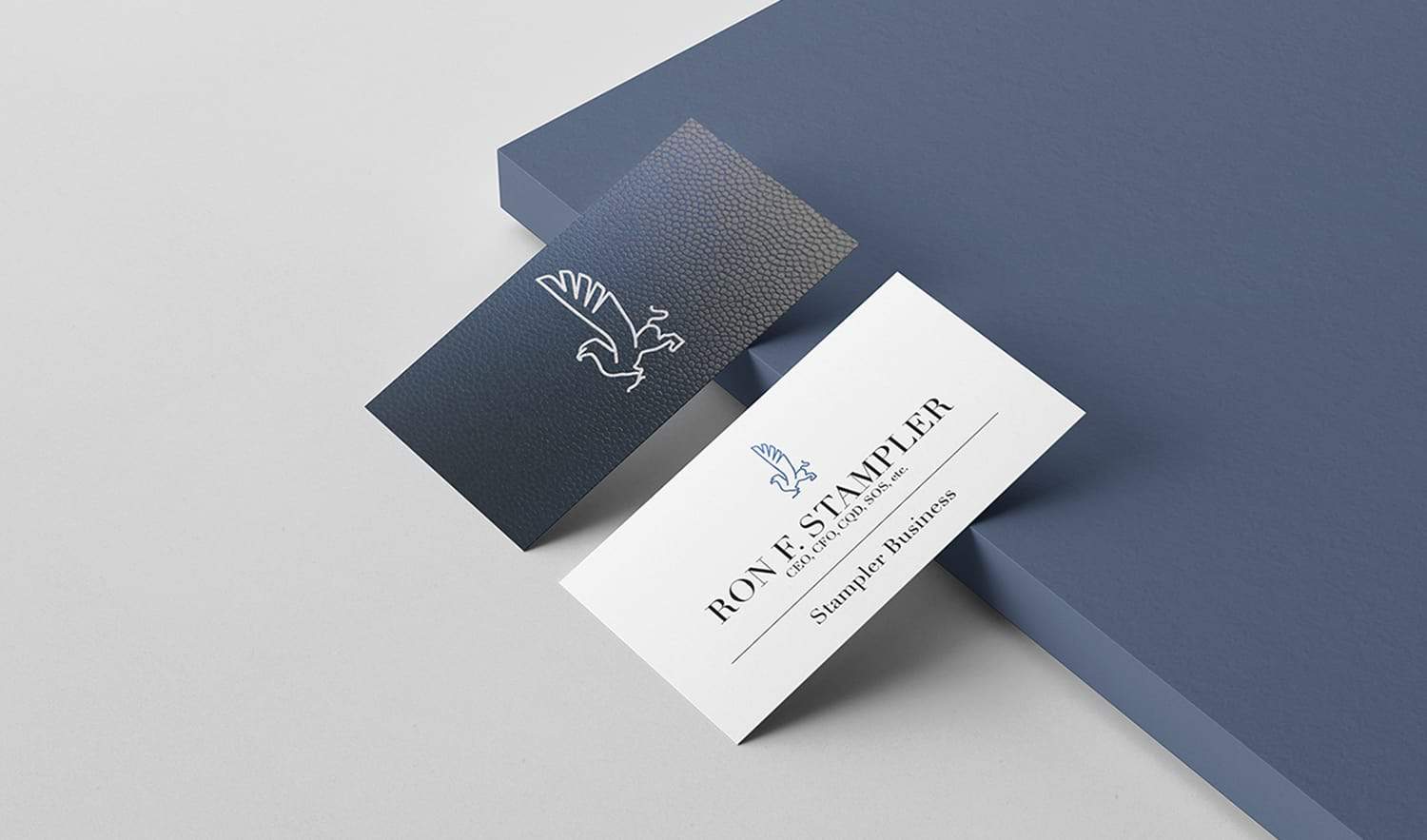 I make logos, branding identities, commercials, animations, and illustrations for companies that don't exist. Stampler Business is a fake company that exists inside the very-real podcast 'Dungeons and Daddies,' a live-play Dungeons and Dragons podcast, however, it is unknown what the business does except for "....business. I do business. That's my business." So, as part of my process, I had to determine what the 'business' probably was, based on the little information that the podcast revealed over time. All I knew was that the company treated its interns terribly. 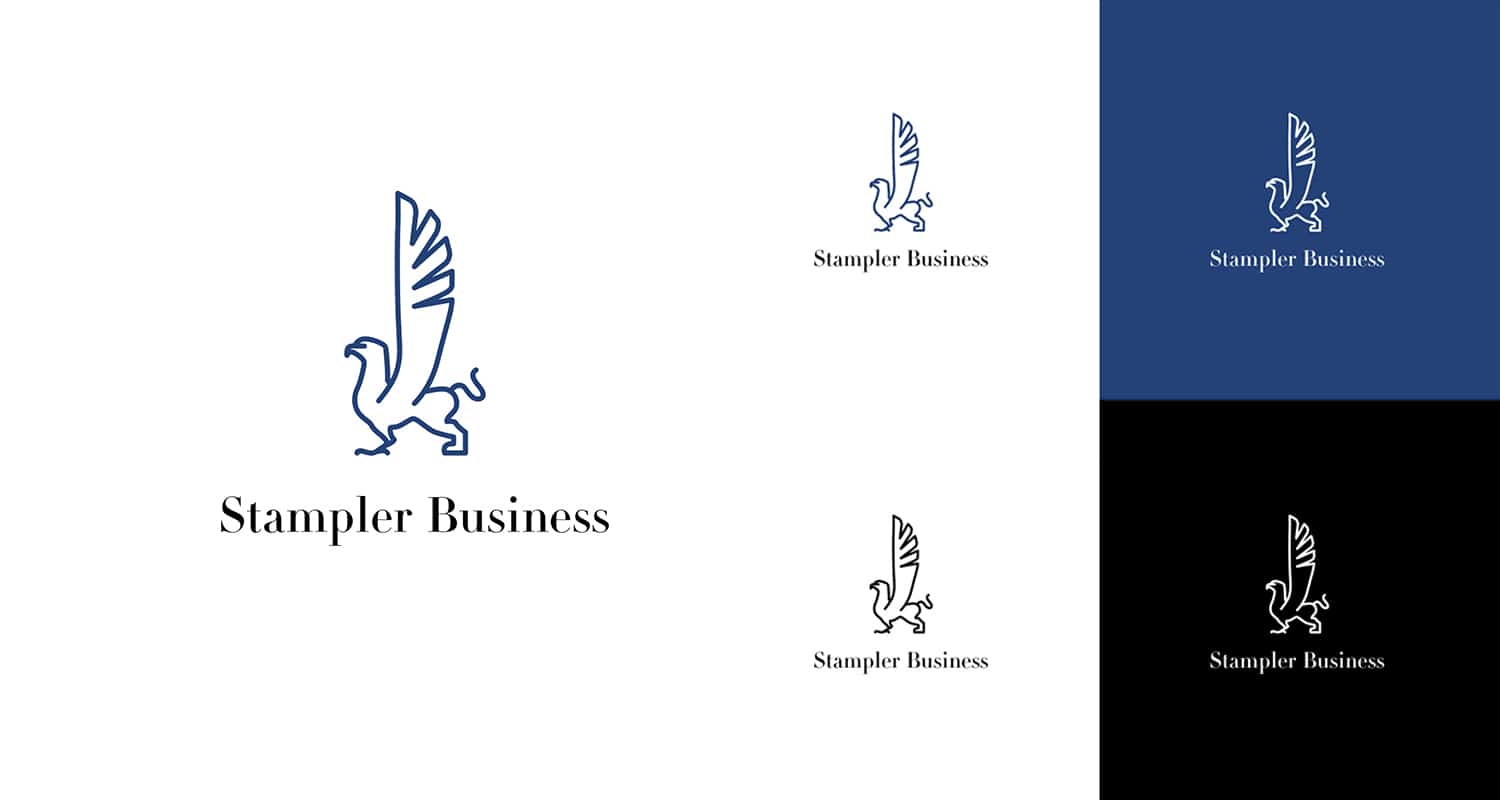 In their latest episode, 'Ep. 25 - Mummy Issues,' the 5 professional voice actors made a fake commercial for an internship opportunity, which gave me some great ideas on what quality of business that Stampler Business exudes, but doesn't really live up to. I knew it had to be some sort of financial or investment company, that has an air of prestige, but also isn't so famous and wonderful that people would be able to tell exactly what it does, because none of the actors could get a straight answer out of the business owner. I just knew that they would treat their interns terribly.

Stereotypes of big banking and 'generic business' played a big role, but I also wanted to incorporate some fantasy elements to tie the business in with the Dungeons and Dragons campaign that the actors are embroiled in. That's where the typical lion figure from banking (ING, etc.) logos was transformed into the gryphon, a terrible fantastic beast with both eagle and lion elements.

I wanted to make sure that the logo was not as truly polished and modern as it could be, since I knew that the company was cheap and likely didn't treat their designers well either, so the logo and the typeface play on archetypes for the banking industry. A darkened, unsaturated blue brings to mind concepts like 'formal,' 'security,' and 'maturity,' while the logo is 'serious' and 'masculine,' and the black serif Didot font hints at 'power,' 'sophistication,' and 'important.'

The Stampler Business logo discovery phase was written out on a variety of sticky notepad sheets until the main elements came together. I use free-to-use software called OBS Studio to screen-record the sketching process in Adobe Photoshop CC, and finalizing in Adobe Illustrator. After the logo was complete, I created the timelapse in Adobe Premiere, created the intern advertisement, and utilized a variety of free Photoshop mockups that are available online to display the logo in various situations. 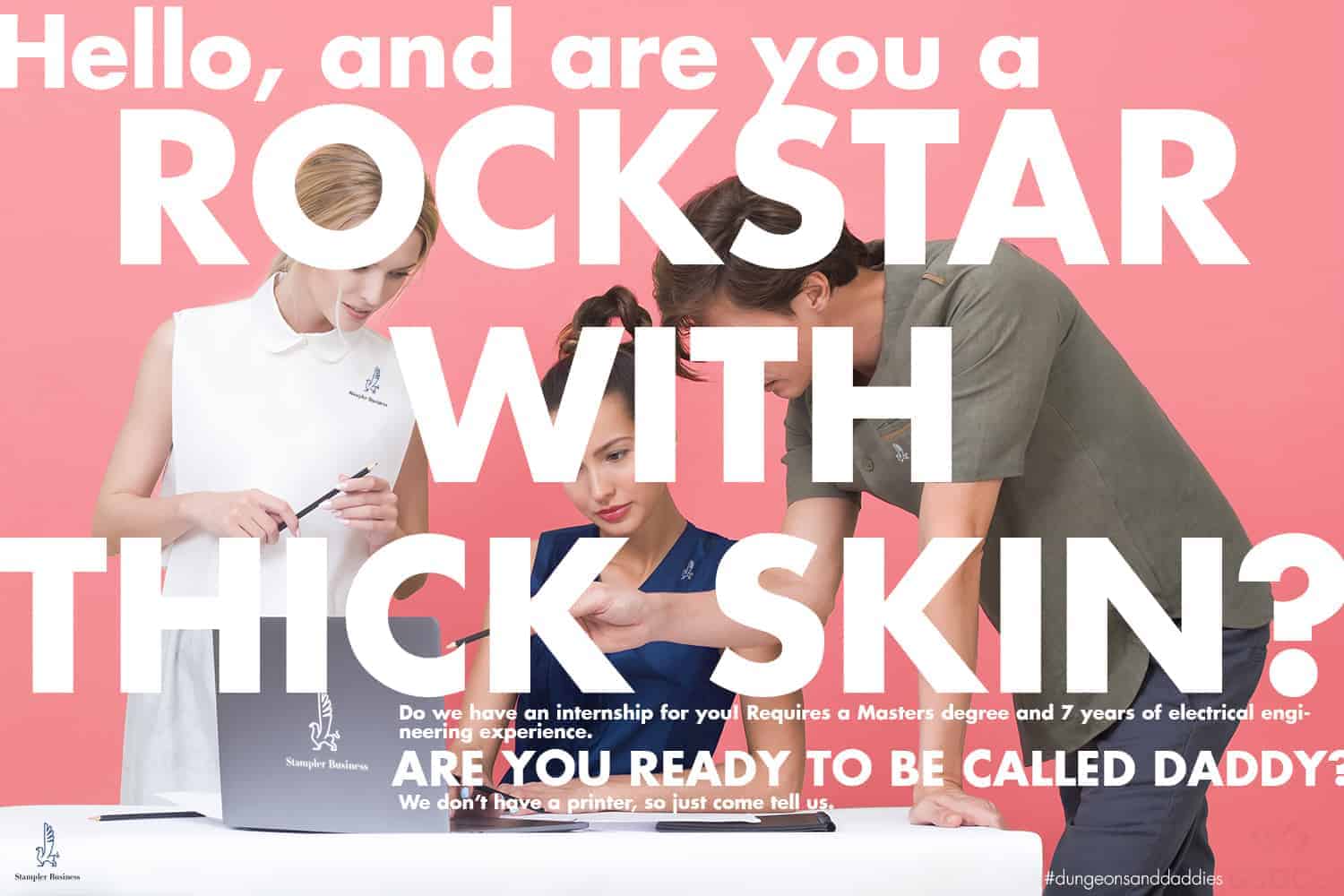 I posted the process video on their Reddit page, r/dungeonsanddaddies, their facebook page, and tagged the podcast creators on an instagram post. The response I've gotten from the fans of the show has been wonderful, but without the context from the show, or knowing the 'business' beforehand, the logo can appear naive, unbalanced, or out of place.

That said, this was one of my first uses of screen recording software like OBS, which was great, but I'll need to work on the output formats to make it easier in the future.

I’ve been a multidisciplinary designer since 2010, and I’m currently employed as a Marketer & Graphic Designer at a Baltimore-based architecture firm. I aim to craft engaging, fun, marketable designs focused on strong imagery, typography, information hierarchy, and effective communication.

Outside of the office, much of my design work is focused on concocting fake companies, serving as a Dungeon Master for D&D campaigns, sketching character illustrations, and crafting the perfect dad joke.

Visual identity for the tourist city of Ilha Grande