The Traveler’s Cookbook is a project during the first year of studies of James Gray, a graphic designer from the small Channel Island of Guernsey. This is a double page book created for a new recipe book featuring recipes from around the world. The design was based from the amazing weeks of his travel in Thailand which has a lot of fresh and first hand inspiration. Let us take a look and enjoy!

I wanted to create something organic that not only reflected the food within the book but also the country from which the recipe originated. Somewhat naive in my first year of studying I jumped straight onto the computer and started trying to create my illustrations in photoshop and Illustrator; but I couldn’t create what I was looking for. So I took advice from my peers and stepped away from the screen and turned to a dusty set of watercolour and oil paints. I used the watercolour to wash out a background and then used the oil paints to create an abstract compilation of the ingredients in the recipe. Five or six more attempts and I had something I was happy with; but not quite finished.

I scanned in my work and went back into photoshop, pulling out and intensifying the reds and browns while also chopping the illustration up for even more of a unique look. This was a really fun part of the whole process. The overall piece came out well, looking modern enough for the book but organic enough to reflect the content. It was actually one of the first projects where my curiosity had led me to reject the first few attempts and look a bit further; something I do a lot now! 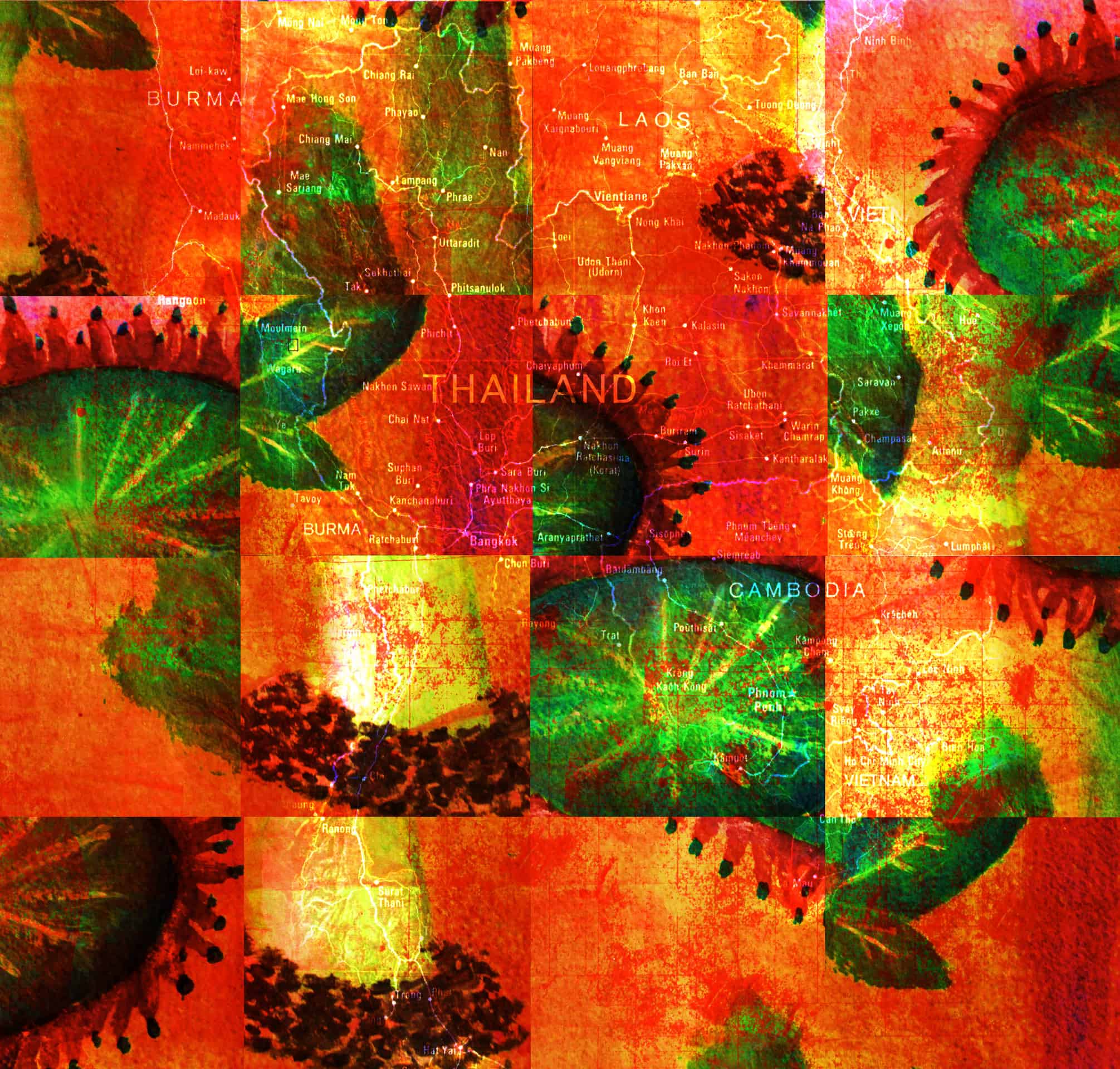 James Gray is a graphic designer from the small Channel Island of Guernsey. He is currently working as a designer in a corporate marketing and communications team at the States of Guernsey. His job can see him working on anything from branding to illustration and print design. At the end of the year, he will be completing a distance learning degree in graphic design with the Interactive Design Institute after four years of studying. His approach to work is based on curiosity and experimentation with visual design. He thinks that one of the greatest things about being a designer is the search for something new and unique. You can find more of his works on his Behance profile or website.