The Amelia 7 Fighter Jet is based on WWII aesthetics and futuristic elements seamlessly brought together. The result is a science-fiction concept that is as historic as it is timeless. Read on and enjoy!

The aircraft has a backstory I created in order to give it a time and place (abeit fictional). I used Captain America (the movie from Marvel Studios) as a starting point and built it from there on. Here's the backstory:

July 1942 - Allied to the Nazi Regime, Hydra rules the skies above Nazi Germany. In a successful covert operation led by Cap. Steve Rogers (a.k.a Captain America) into Hydra’s Research Facility, a sample of the Tesseract is retrieved and taken to the U.S for weapons development. After months of development, Mr. Howard Stark and his team produce a series of fighter jet prototypes equipped with said technology. After seven prototypes, a small production is approved for the experimental aircraft. Successor to the legendary P-51 Mustang, the Amelia-7 Fighter Jet is born.

So, why Amelia 7? Well, it's creator Howard Stark, an engineer for Shield (and Tony Stark's father) was close with Amelia Earhart, the famous pilot who misteriously crashed into the ocean during the 1937 World Flight. He named his creation Amelia as a tribute to his lost friend.
The number 7 is in reference to the seven prototypes that were made before the final version (the 7th one). 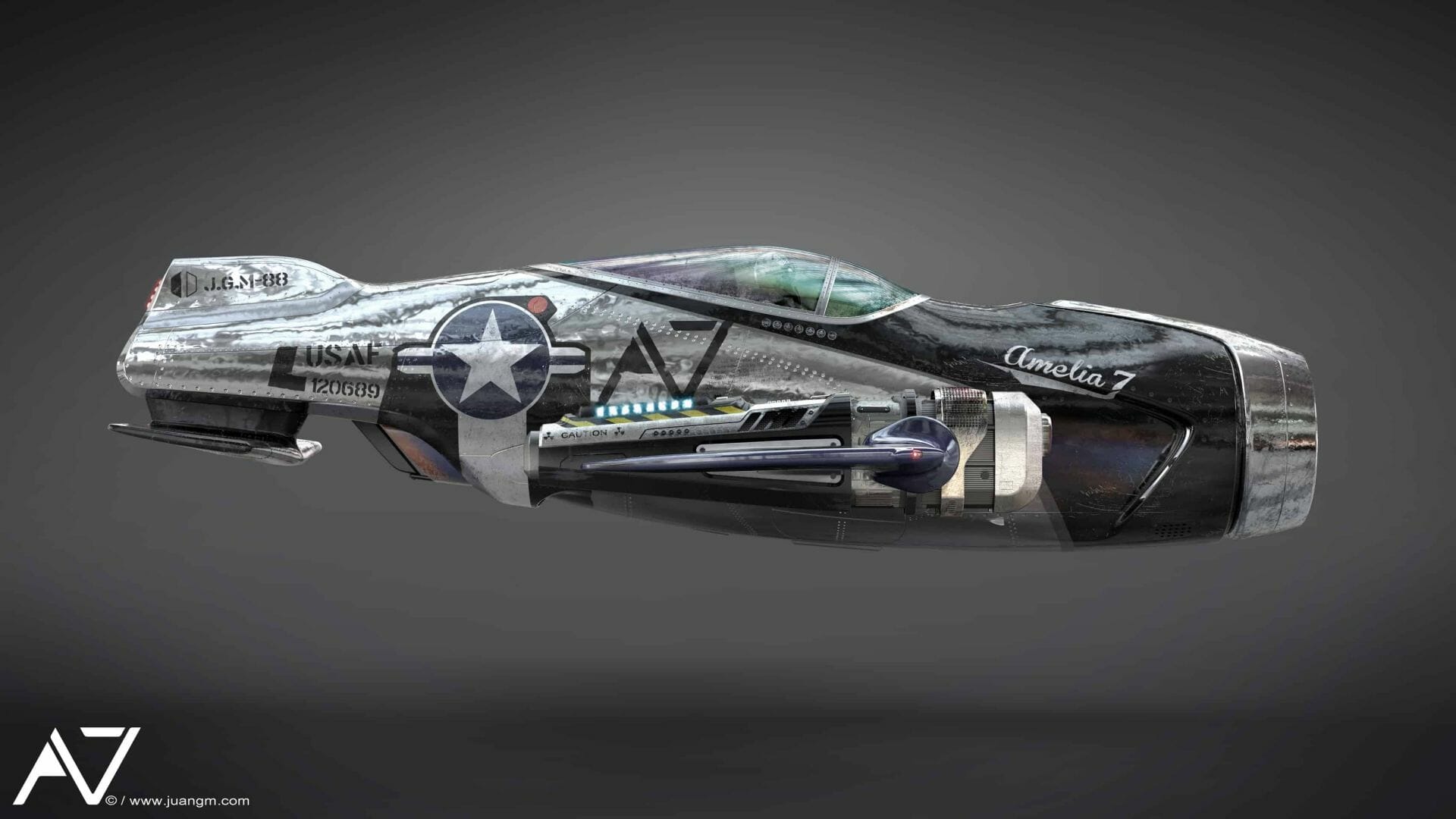 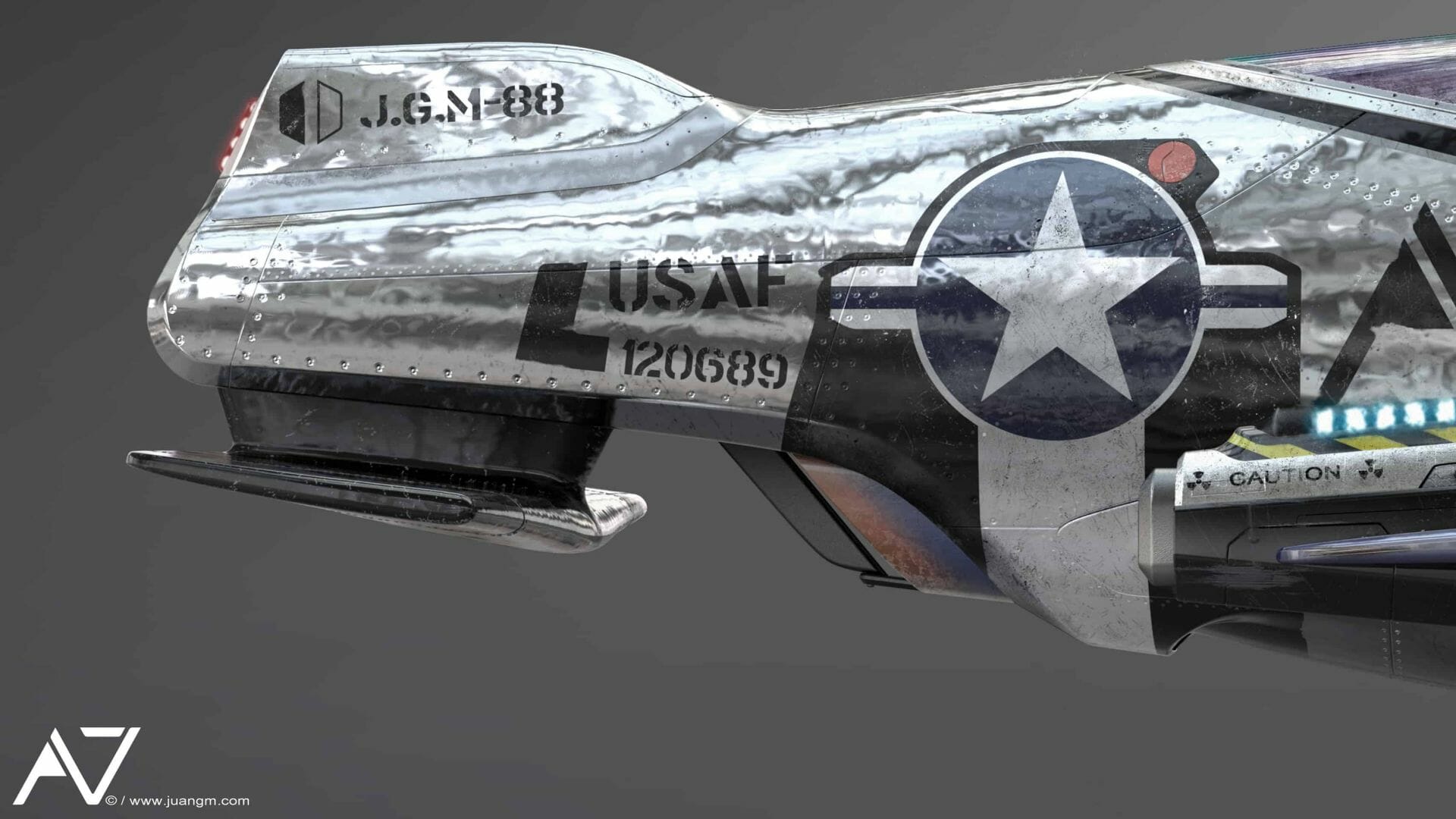 After watching Marvel's Captain America I was fascinated with its fictional take on real historic events and with the machines and props designed for the movie by Daniel Simon. His work provided the inspiration for the project. After that movie, I was already hooked. So, I decided to elaborate on the movie's events and create an aircraft for the 'good guys' to fight Hydra. I am fascinated by aviation in general and have a soft spot for WWII era aviation. As a designer I always have my eye on what's to come. I wanted to bring these two worlds together in a unique way. The Amelia 7 is based on WWII aesthetics and futuristic elements seamlessly brought together. The result is a science-fiction concept that is as historic as it is timeless. 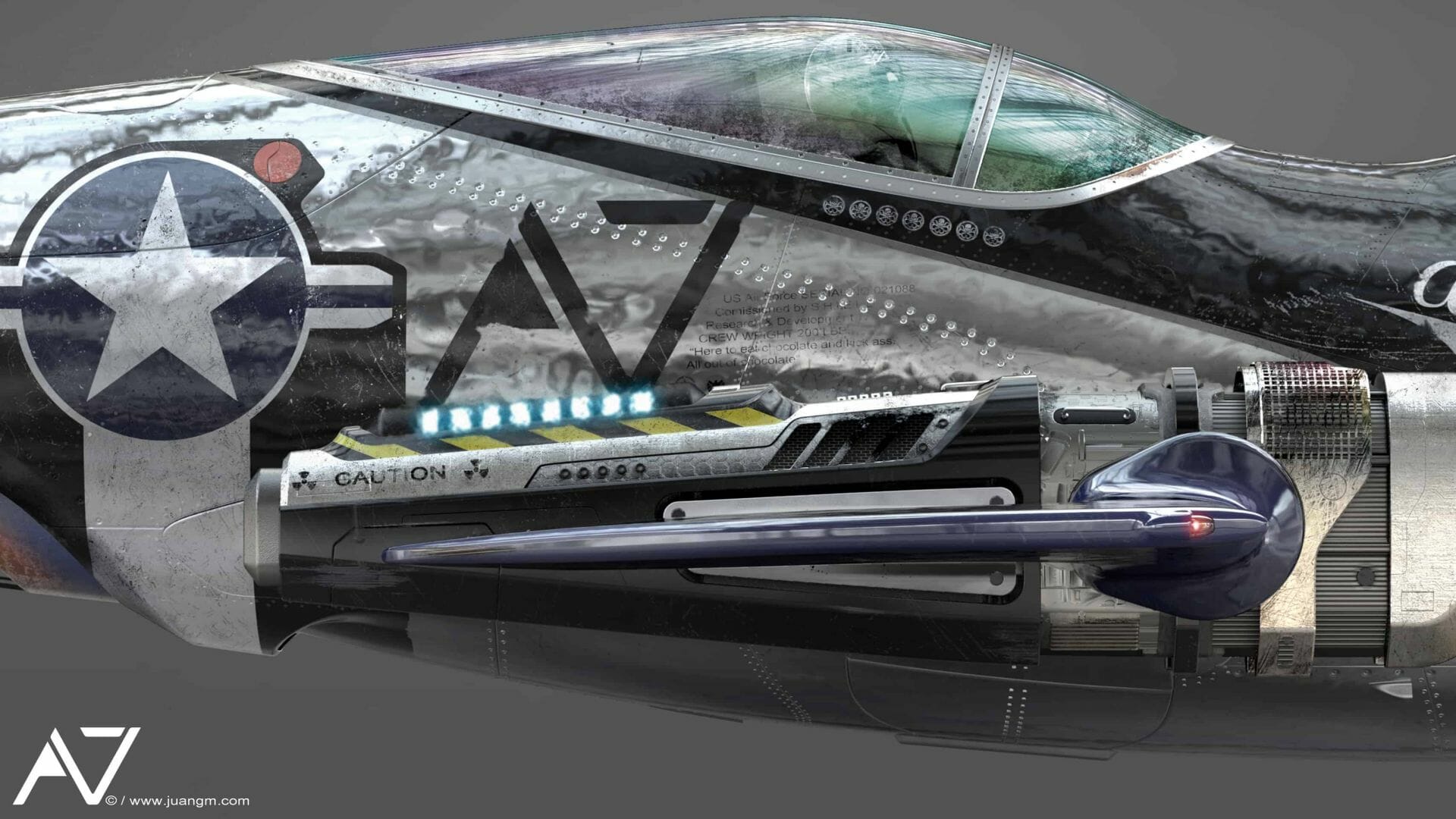 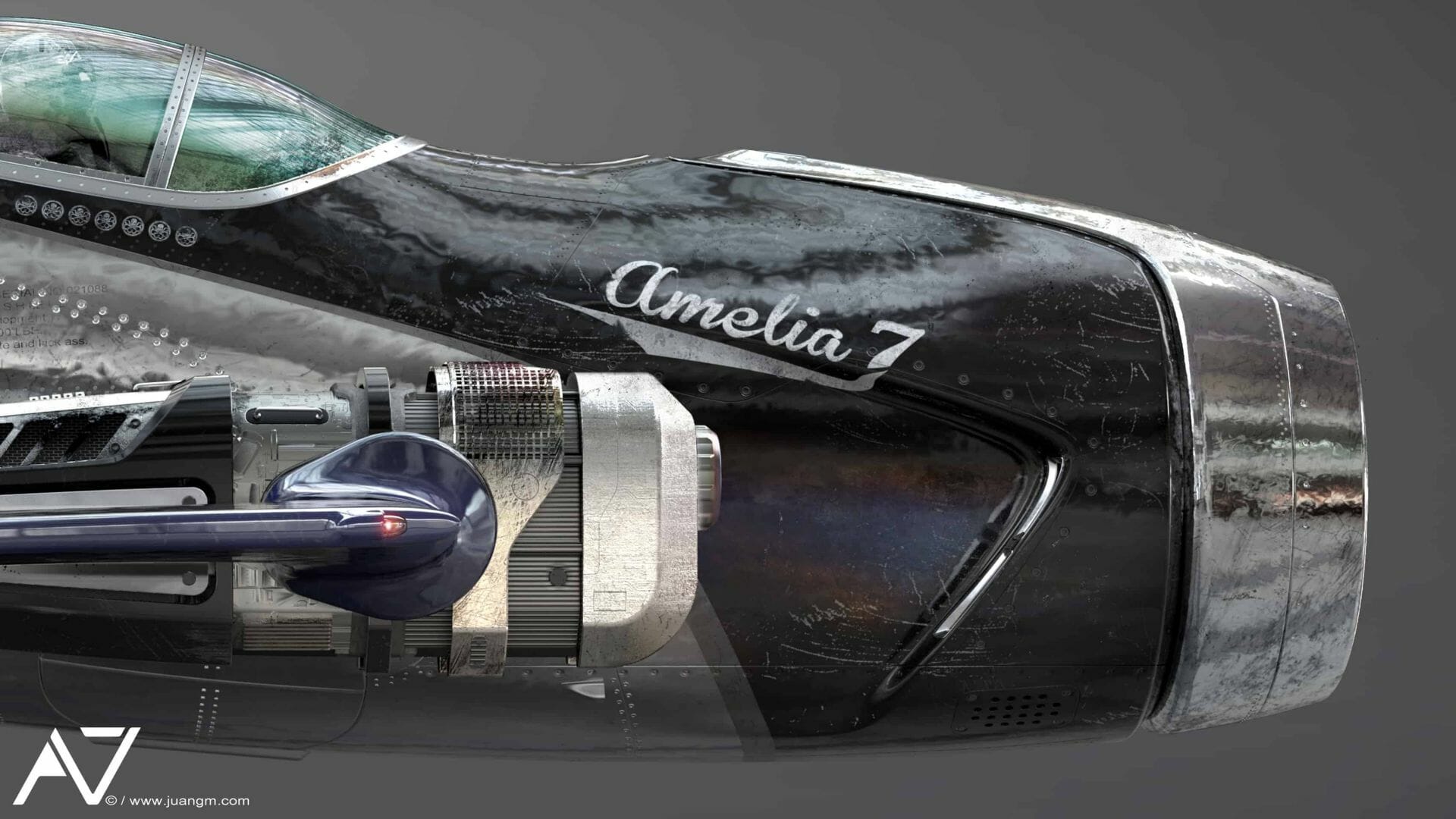 The idea itself came from the movie. But I needed a lot of data to build it in a way that made sense.
I did a ton of research on WWII aircrafts, specially on the P-51 Mustang. This legendary fighter plane was the A7's predecessor, this means a lot of the mechanics would be very similar. I also researched anything from weapons to concept futuristic aircrafts in order to get the full picture of what I wanted. 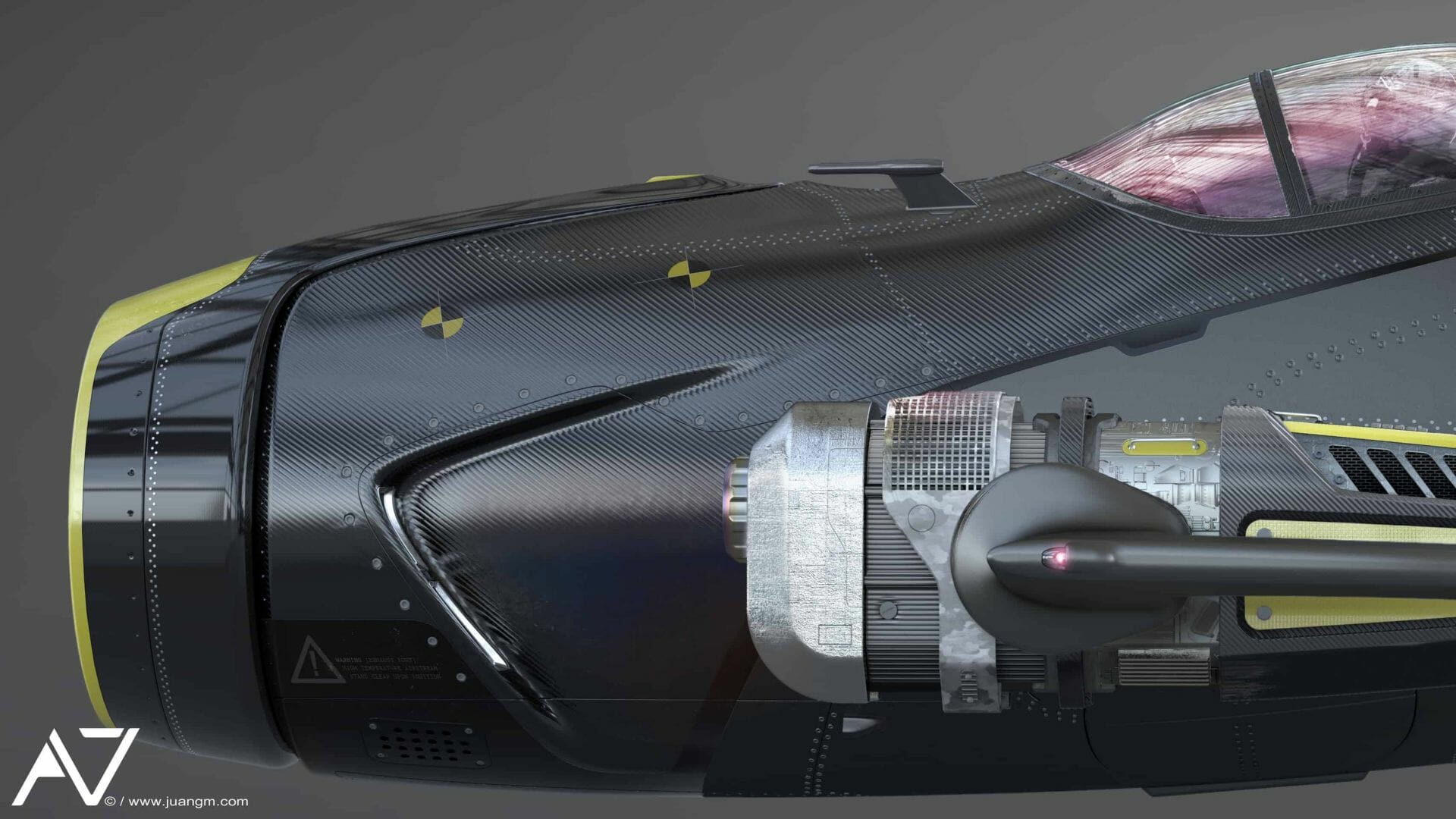 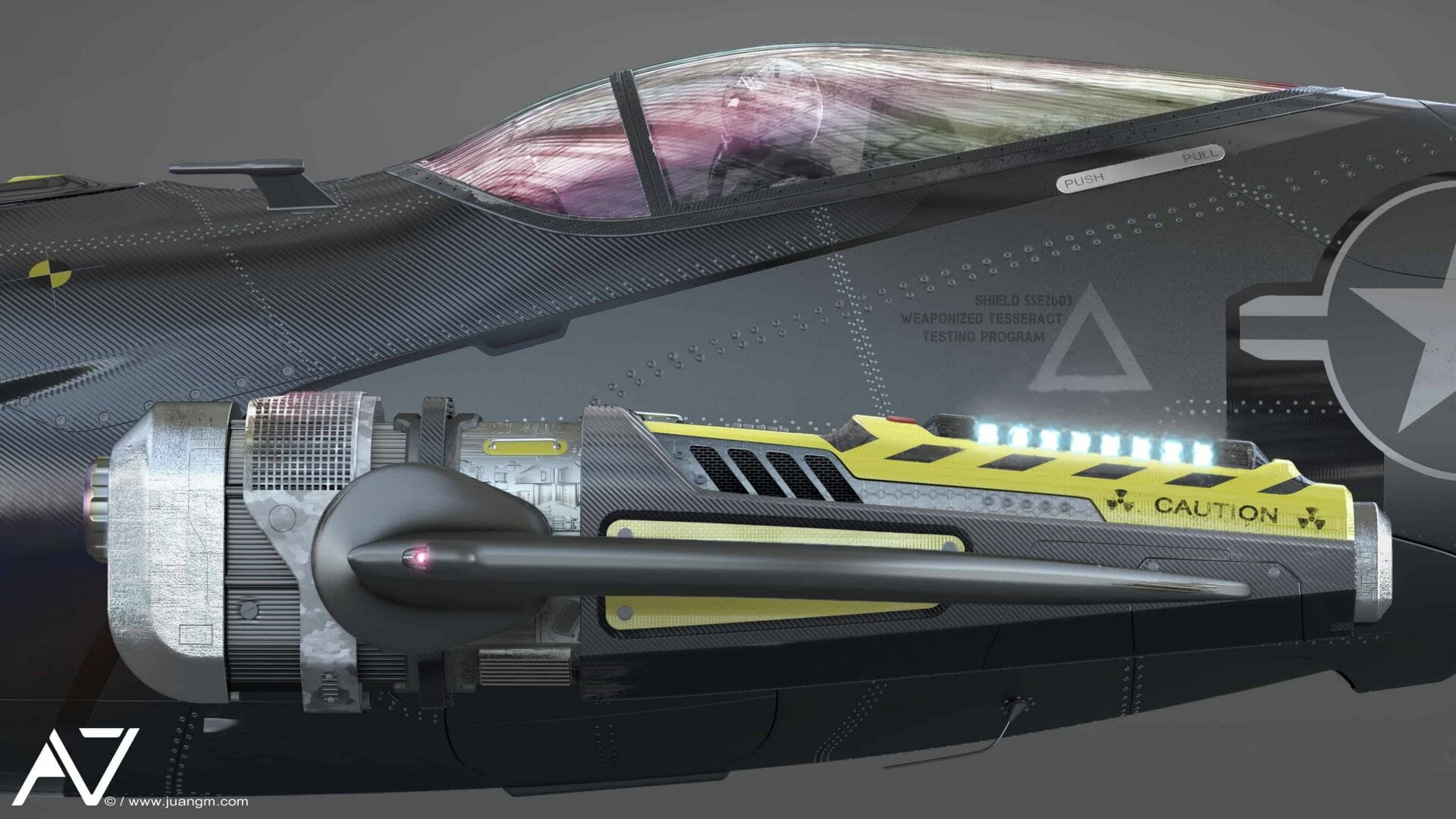 I started toying around with the idea of a retro-futuristic fighter jet not thinking it would go much further than the first couple of sketches. Then I refined the concept a lot more, still by hand, trying out different things on the plane. After having defined the general idea of the concept I went on to 3D. This was a long process involving design decisions and lots and lots of detailed modeling. I was aiming towards high quality realistic images. Only an extremely detailed model would enable me to do that. Every nut and bolt in the plane was modeled individually. Once the model was done I started putting together the rendering scenes: one for the worn out action shots and one for the clean studio shots. This involved making my own decals and textures.
After that came rendering and some long hours of post production. It was hard work but it was all worth it. 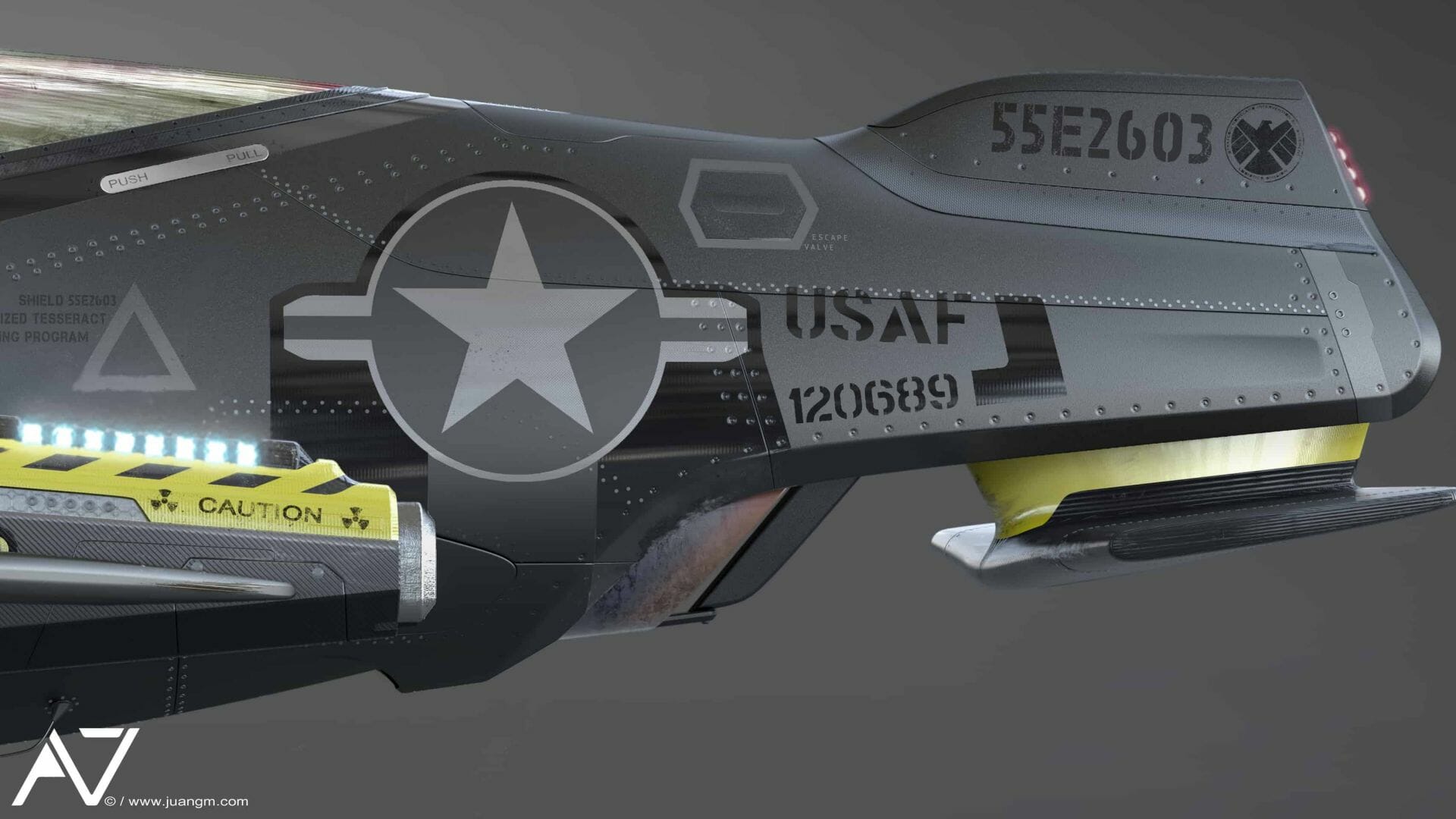 One of the main challenges I had was designing something that looked historically sound for a WWII aircraft despite featuring futuristic elements. This was quite a clash between two distinct aesthetics, the Amelia needed a piece of each of those two worlds. 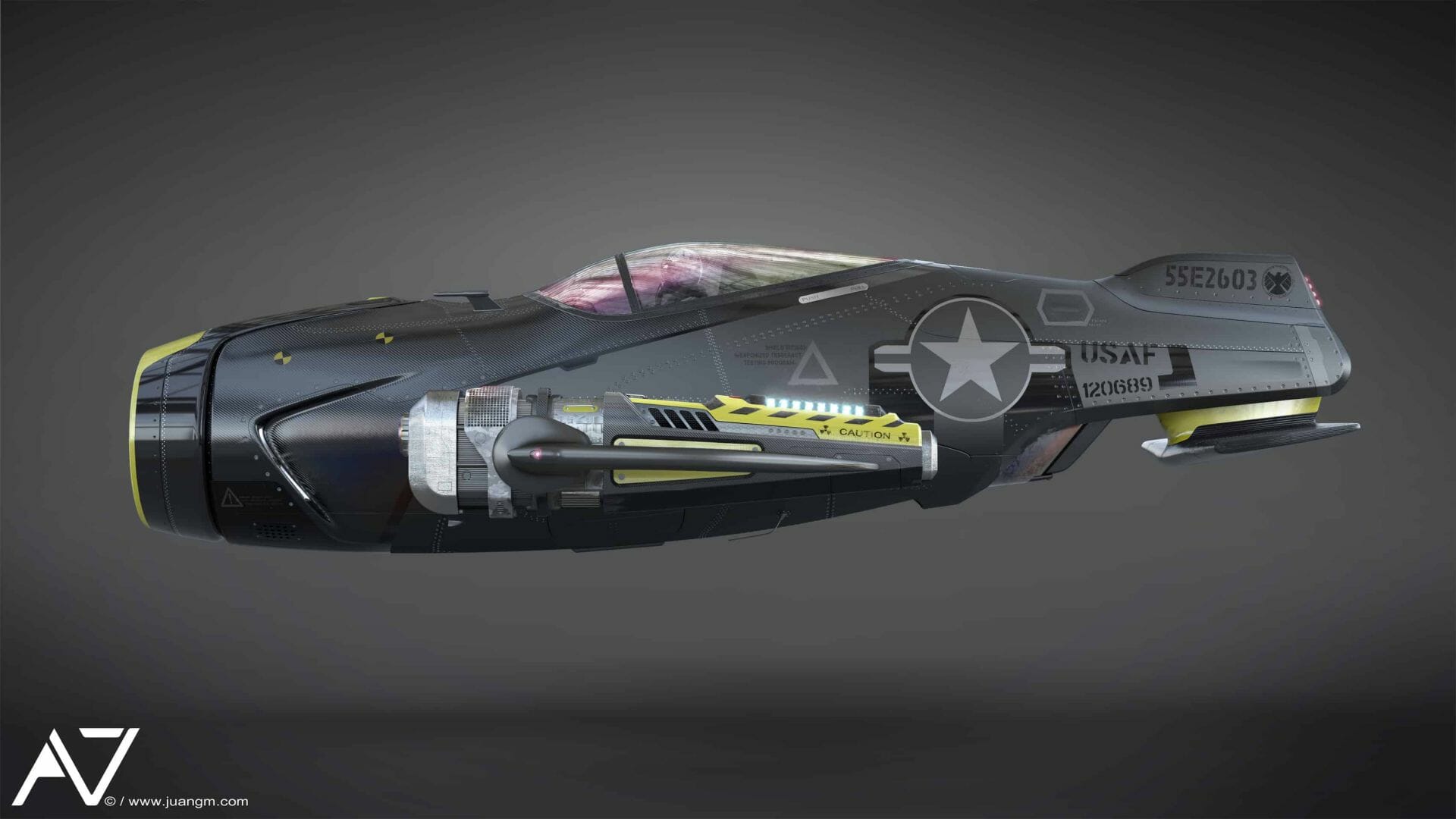 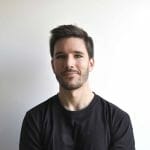 Juan Garcia Mansilla graduated in Industrial Design at the University of Buenos Aires in 2012. He is currently a senior designer at a product design firm based in Buenos Aires, Argentina. He also teaches Product Graphics at said University. He explores the realm of plausible fiction that is Concept Design. This is the stuff of the imagination. He likes to live on both worlds: The real world, with problem solving, feasibility constraints, end-user needs and real impact on people and business. And then, the world of the imagination, where boundaries are just guidelines and there's no end to what is possible. You can find more of his works on his Behance profile or website.

60 years of Diplomatic Relationship between Colombia and South Korea