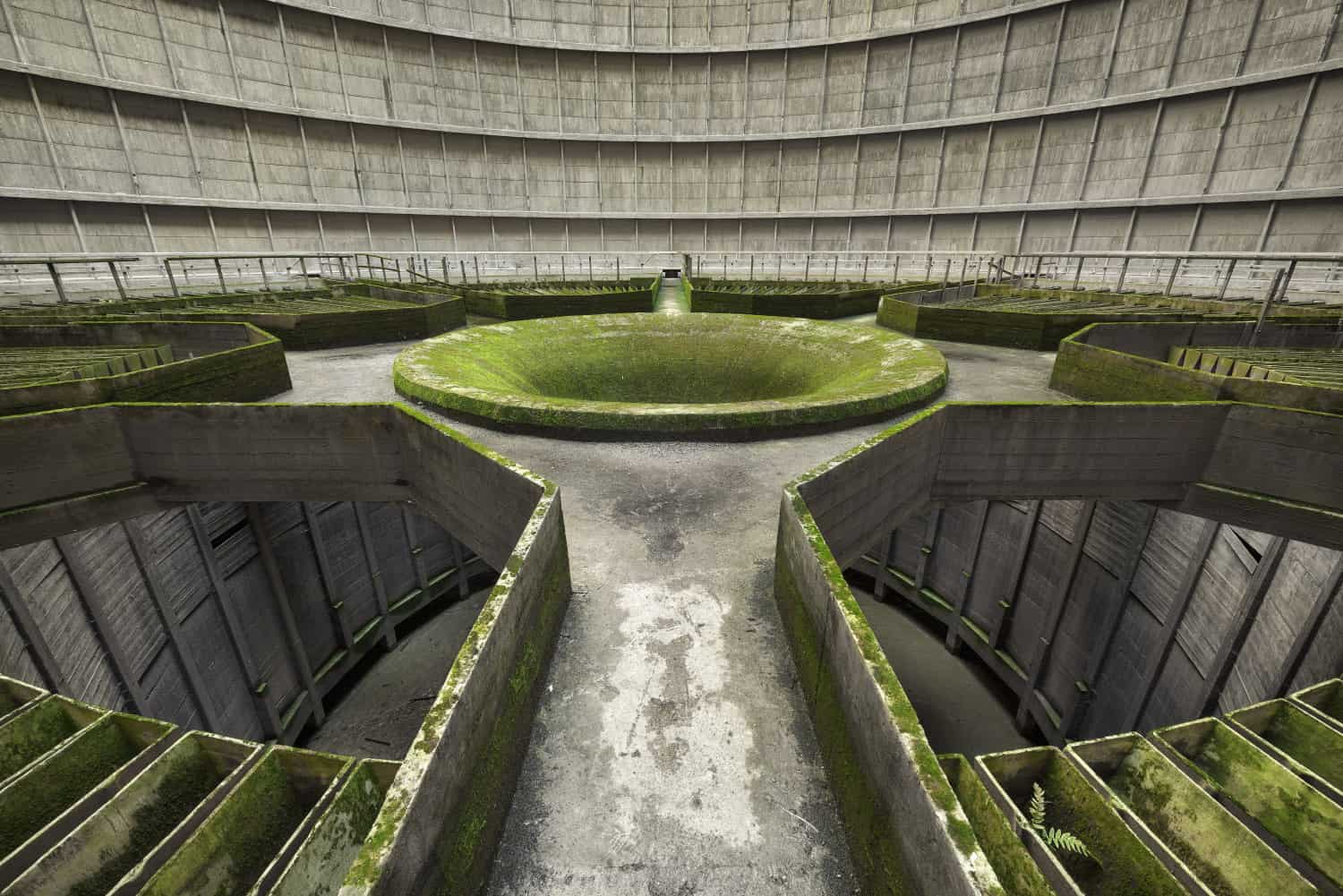 The cooling tower project of Peter Untermaierhofer, a talented engineer from Eggenfelden, was part of their urban exploration tour in Belgium. Let us take a look at his project and join him in his tour through his photographs. Enjoy!

The cooling tower project was part of an urban exploration tour with a friend through Belgium 2013. We heard about the cooling towers and did some research until we found this beauties. On location the main part was to get in. At the first cooling tower the door was just open but it was an uncomfortable feeling all the time, because you walk on old wood which sounds strange every step you make. I don’t think i would have done it alone. It’s a kind of a fake ensurance, because the same can happen if you are not alone. Otherwise, there is at least somebody who can call for help. The second cooling tower, the taller one, was closed by door. So I climbed up without equipment, and my friend gave our equipment through a rusty hole in the door and than he climbed also up. It was dangerous but makeable. It was not made for a company, just for my fineart portfolio. How I made it? I took a braketing series of picturs from a tripod with a wide angle lens and made a natural looking hdr in postprocessing. I used my Nikon D800 a tripod and my loved 14-24mm Nikkor to get this shot. There is no special meaning behind this artwork. I just love the architecture and the angle of the cooling tower which you can create with an wide angle lens. I also love the green nature which grows inside the cooling towers. This is so unreal but its awesome real. I just love it! And on location you have another experience which cannot brought back home. The acoustic is magnificent!!! Your friend talks in front of you and the sound comes from behind. This is a very special place. I was back 2014 to take the green hole shot, because at home I thought it would be a great shot which I forgot in 2013.
– Peter Untermaierhofer

Peter Untermaierhofer was born in 1983 in Eggenfelden. He’s a qualified engineer in Media Technology (University of Applied Sciences), has been taking photographs since 2008. He completed a semester of photography at the James Cook University in Townsville, Australia. The main subjects of his photography are lost places of all sorts, architecture and cars. In 2013, his pictures were shown as part of the main “urbEXPO” exhibition in Bochum. Also, his picture book Vergessene Orte im Ruhrgebiet – Lost Places in the Ruhr Area was published by the “Mitteldeutscher Verlag”. In 2014, Untermaierhofer showed his work at the Strok Art Fair, the KOKON and the MucAmie Concept Store in Munich. He was also part at the urbEXPO in Bochum, again. For 2015, more exhibitions are planned. Currently, he is writing about a book of his technique of photography. Peter Untermaierhofer lives and works as a photographer around Munich, Germany. You can find more of his artworks on his Behance profile or website.