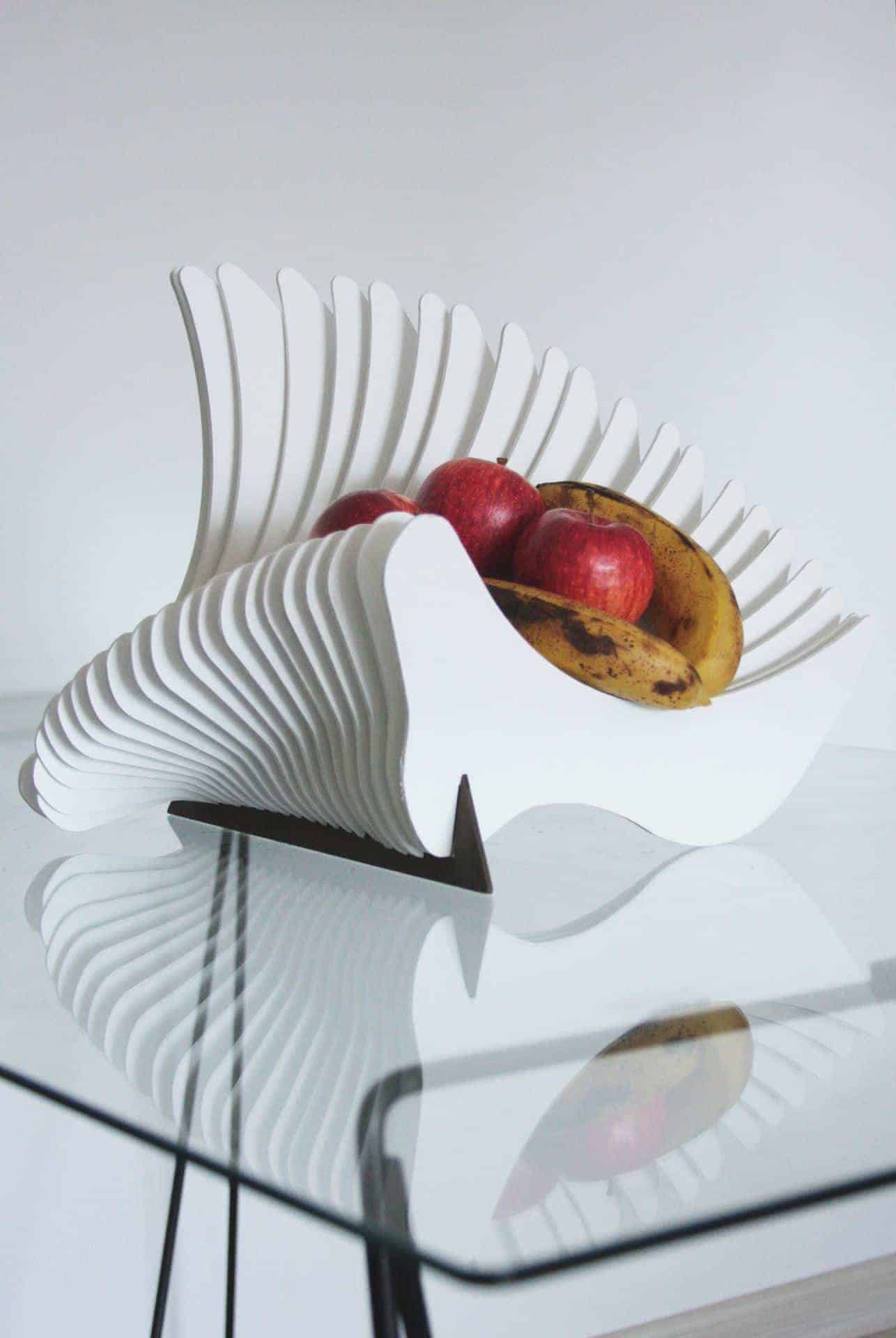 The fruit bowl S H E L T E R was a project developed in the discipline of Visual Methodology ll at the Federal University of Paraná in the course of Product Design.

The project is designed to give the impression of movement with static parts, creating the feeling of wrapping the shape of the object with the fruit inside, making both fruits and fruit bowl become part of the drawing.

We also took into account the Open Source, that allows the created material to be made available with open files and permissive public licenses to anybody in the world. 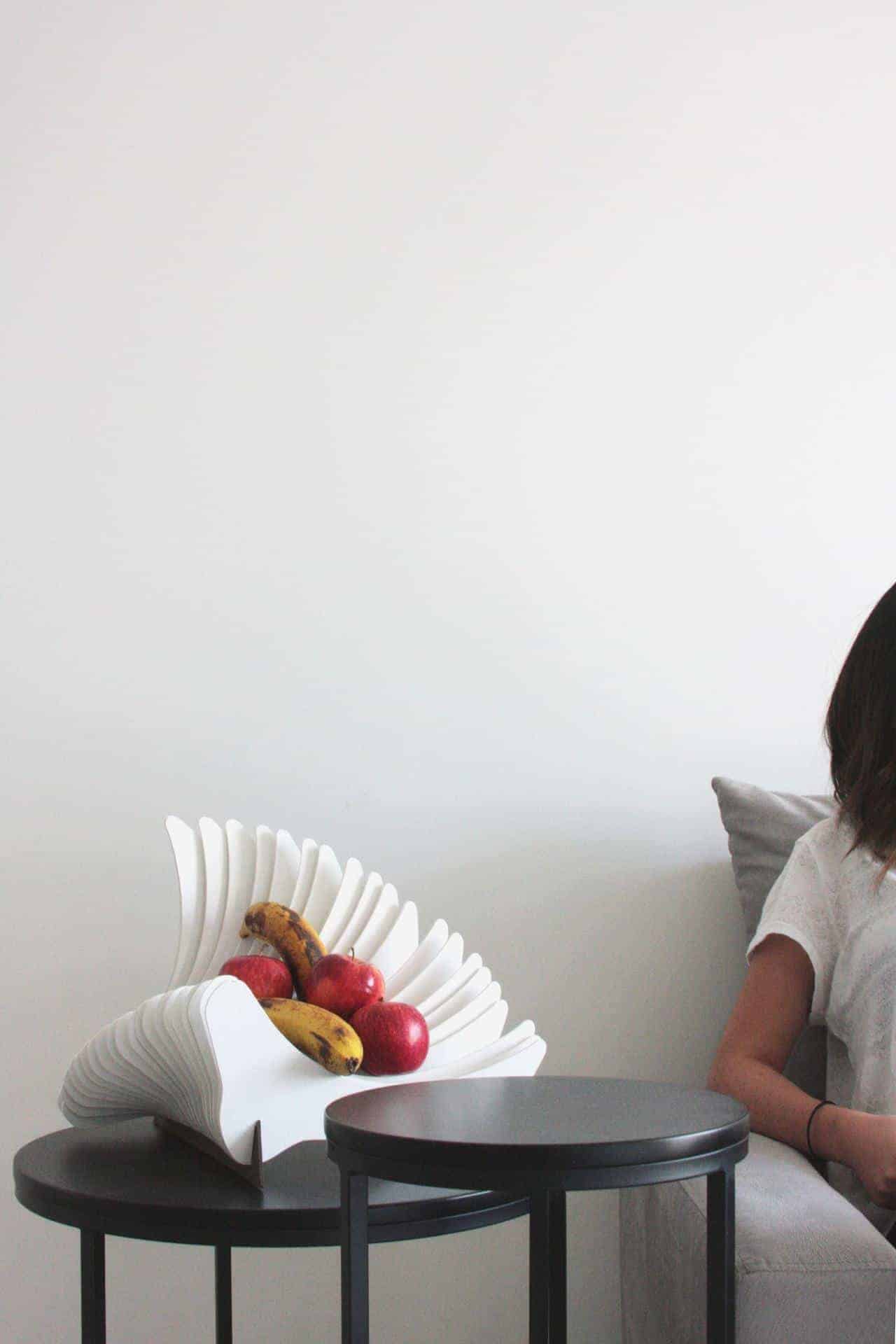 The project is inspired by the works of the british artist Richard Sweeney, who creates modular paper sculptures and shows in his works inspiration by organic forms of nature such as mountains and clouds. The inspiration also comes from items found in the architectural works of Frank Lloyd Wright, as the nature that encompasses the environment.

The fruit bowl S H E L T E R was created with the intention of covering fruits with their organic shape and creating movement through static parts.

S H E L T E R uses parallel profiles locked by an internal part, being able to have its improvements adapted according to the needs of the user.

This project took into account the Open Source, that allows the created material to be made available with open source files and permissive public licenses, in this way the choice of the MDF took into consideration the lower cost in relation to other materials and the possibility of laser cutting, which allows the realization by anybody in the world who owns the digital archive.

The white color was used to represent lightness, intensify the lightning and shading and also highlight the intense color of the fruits. 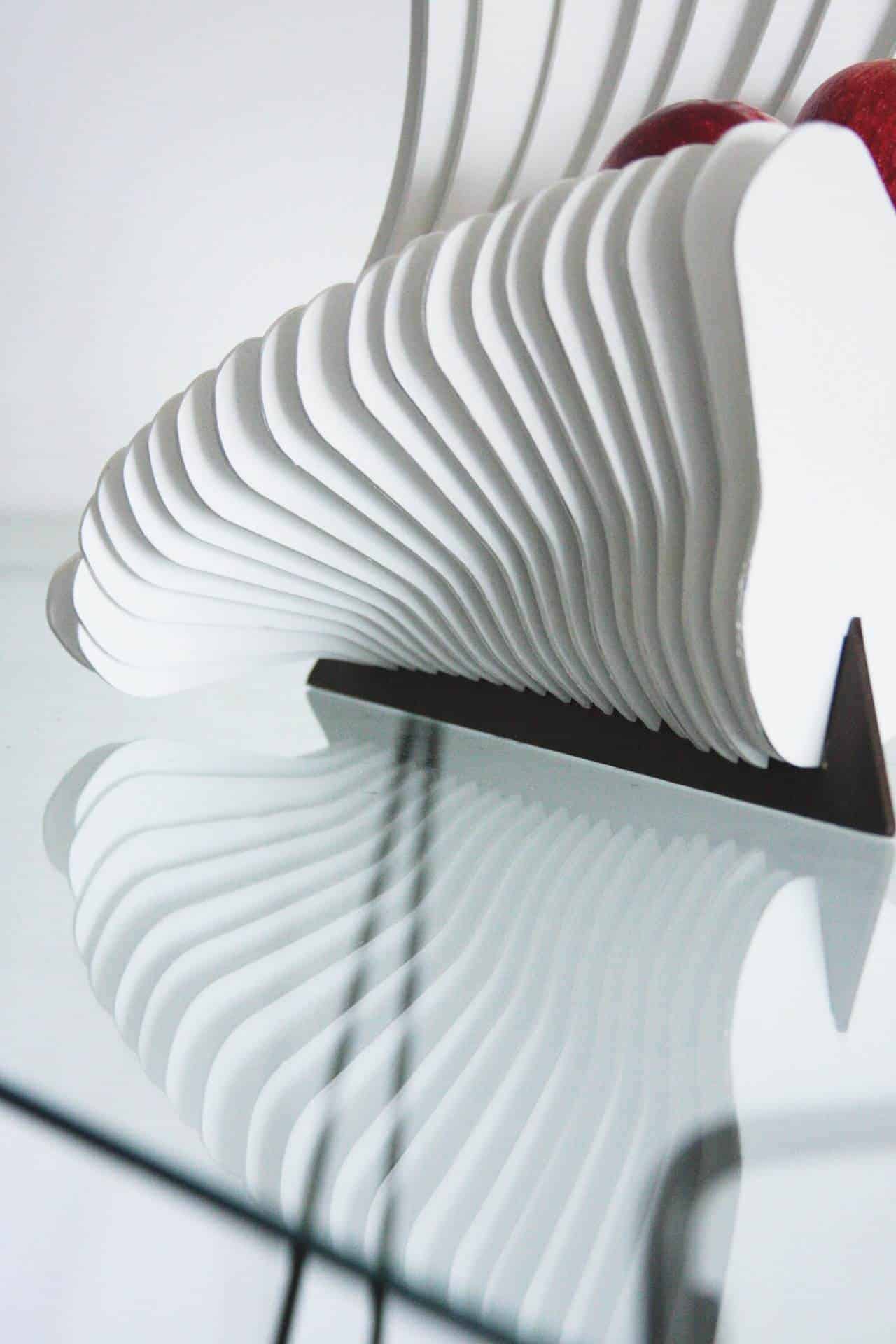 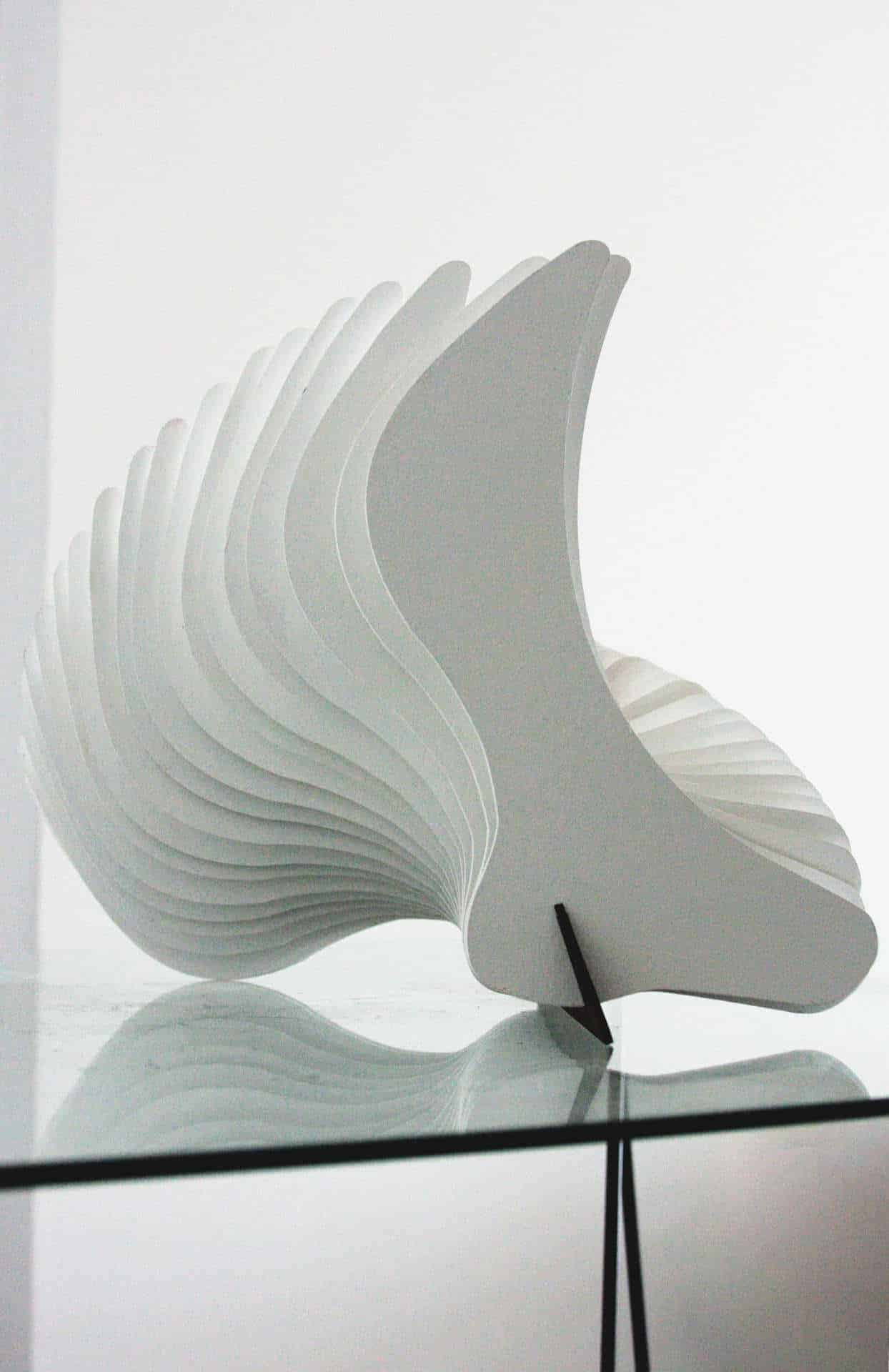 Initially sketches were made and, when improved, led to the point of selection of a single sketch that would provide our objective in the final format.

The sketch was then photographed and placed in the modeling software Solidworks, so we could easily visualize the repetition of the same piece in varying slopes and variations on the x, y, and z axis.

After this analysis, the sketch's photograph was passed to Adobe Illustrator to contour the drawing and execute 23 pieces with the same drawing, only with 5 degrees angle difference in the dovetail to create the organic movement we wished, based on our inspirations.
Finally, the file with the pieces were sent for execution of the laser cut in MDF with 3 mm of thickness. 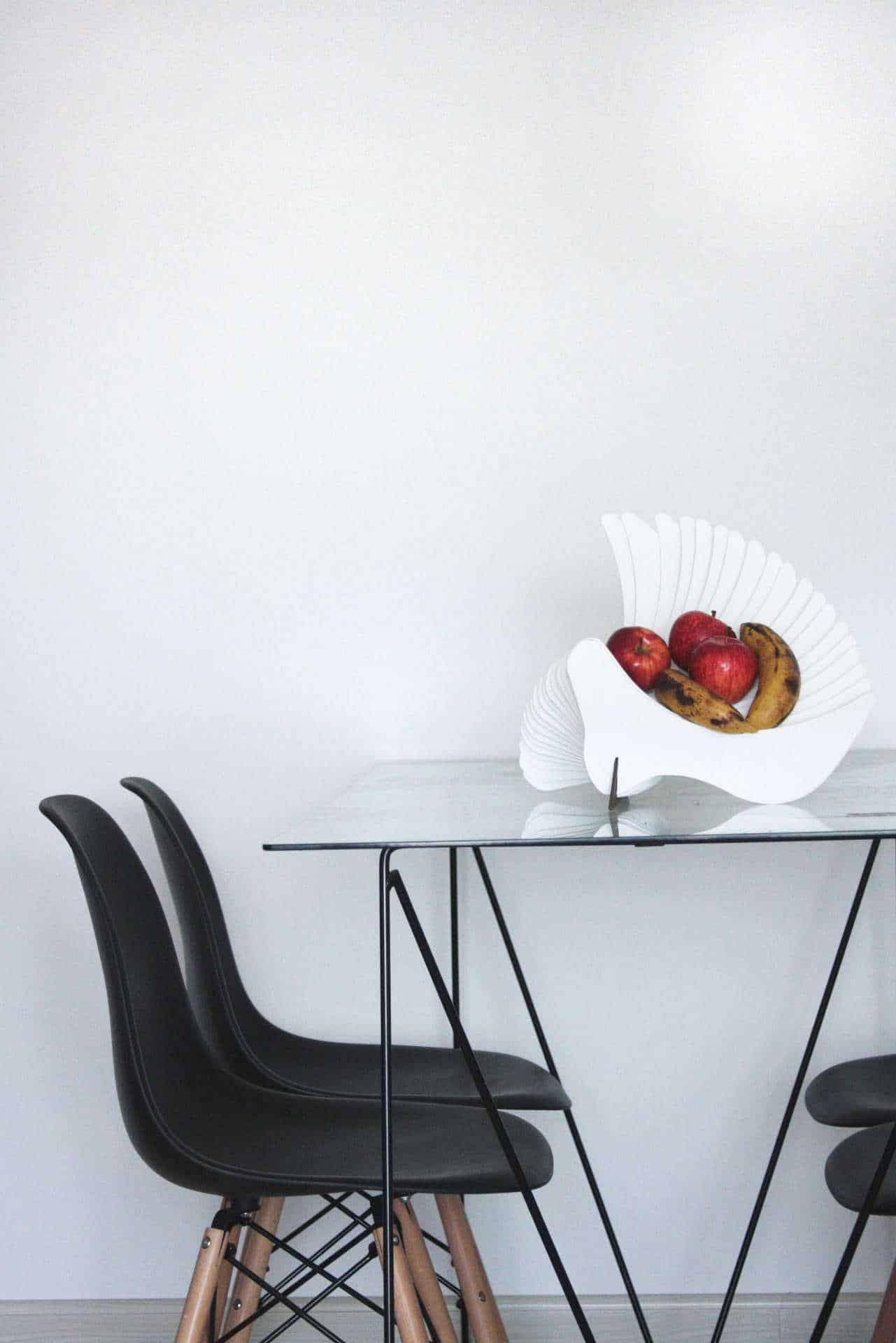 At the end of the project, on the delivery day at the university, the teacher scheduled something different than usual.

The projects of the class were submitted to similar experiences as IKEA and Tok&Stok, in other words, without the help of a professional, 3 people made the attempt to assemble the various projects.
The fruit bowl S H E L T E R was easy to assemble and understand by users.

This project was made by Juliana Basko, Laís Maran and Mariana Petrin.

I Love Us Book