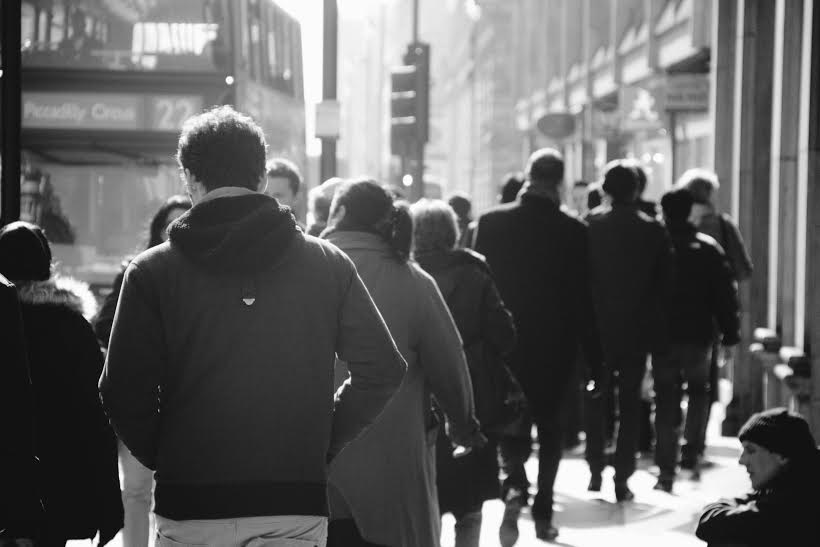 Have you ever heard the song “People” by Barbara Streisand? The song depicts a powerful message that the people who needs people are the luckiest people in the world. So today, we bring you a heart-warming photographs of people in London as being captured by Rachelle Tan, an aspiring graphic designer and photography enthusiast from in Bangkok, Thailand. Read on and enjoy!

About the project Humans of London:
Being Malaysian and having spent most of my life growing up in Thailand, I consider myself a third culture kid. I’ve been immersed in an array of cultures that have catalyzed my crave for adventure; to seek new and exciting things. I would often find myself venturing through the streets of Bangkok with my Canon in one hand and my Lubitel in the other; capturing images to savor the beauty of the bustling city and the friendly people that inhabit such a captivating city. Having recently moved to London to begin my first year at Central Saint Martins, I have continued to turn to my camera as my medium of documentation and exploration. I have always been interested by people, in the sense that we are essentially all the same, but somehow all so different. One of my favourite pages is ‘Humans of New York,’ which has been the source of my inspiration for this project. There’s something so special about the relationship a camera can create between me and my subject, which is something I will treasure for years to come. Having been so familiar with the daily routine of a thai lifestyle, I decided that I wanted to find out a little more about the Humans of London. With my Canon EOS7D and my trusty Lubitel I ventured through one of the most busiest streets in London; Oxford Street to silently capture photographs of Londoners going about their daily lives. Rachelle Tan is an aspiring Graphic Designer that grew up in Bangkok, Thailand. She has currently just begun her first year in Central Saint Martins in London studying Graphic Design. She was born in 1996 which makes her a 90’s kid and have been blessed with the opportunity to have lived in a generation where she has experienced the development of technology from dial-up internet to wifi that exceeds all speed limits but not only has technology developed in that way, but photography has blossomed from the traditional analogue film photos to digital DSLR’s. As a camera enthusiast, she has experimented with both analogue and digital processes that has amalgamated to generate my photographic style. She believes that it’s important to learn traditional ways to be able to appreciate how the technique has developed. Fundamentally, the work and projects she is currently working on is a showcase of the development of my personal artistic style that she hopes will continue to blossom in all her artistic escapades. You can find more of her works on her Behance profile.