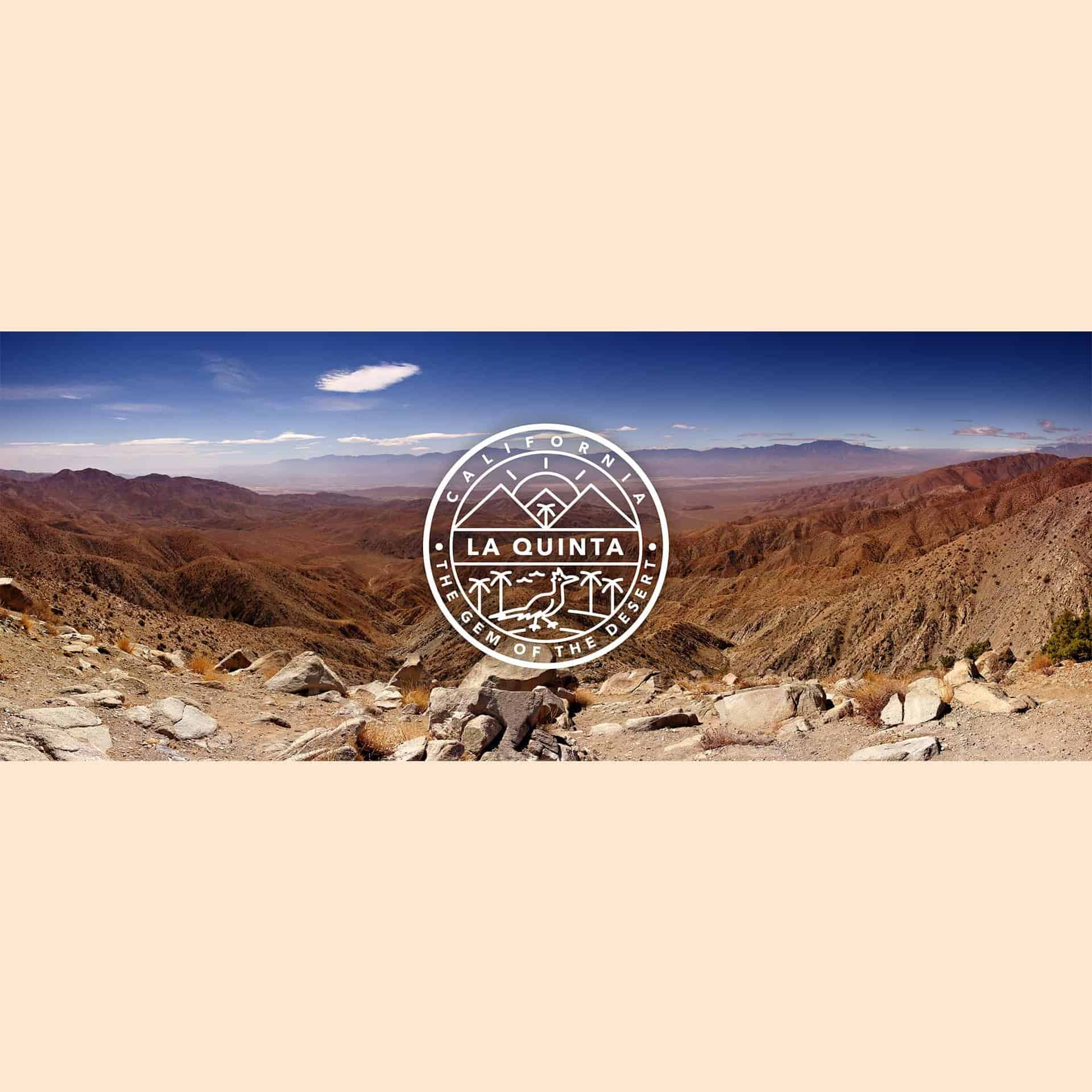 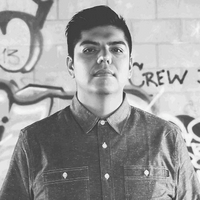 City badge design for La Quinta, California. Which is also often referred to as the “Gem of the desert”. It was a fun challenge to portray my home town in a fun and creative way. It really made me think of not only what I thought was beautiful about the City but what others would as well. 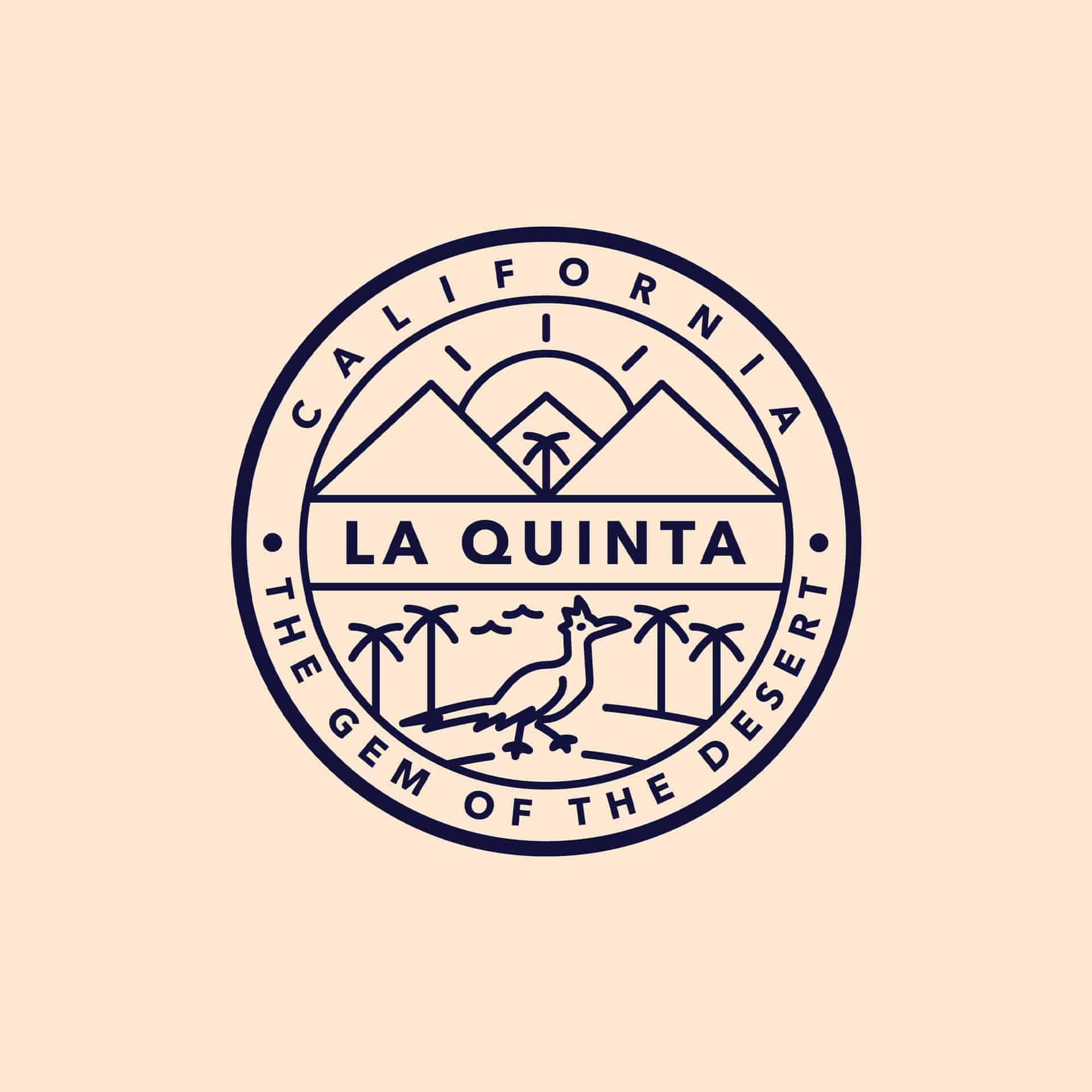 To break down the logo I wanted to illustrate natural key elements found in this beautiful desert city. The mountains represent the Santa Rosa Mountains that surround and give life to the Coachella Valley. The five palm tress in the badge represent the translation of La Quinta meaning the fifth but many say the city’s name has different meaning, but they usually have something to do with the number 5. Here’s one for example. La Quinta : Archaic term referring to a type of hacienda or rest-stop reached every five days on a long journey. The illustrated bird represents the Geococcyx Californianus Greater Roadrunner. The greater roadrunner is a long-legged bird in the cuckoo family, Cuculidae, from the Aridoamerica region in the Southwestern United States and Mexico that can very often be spotted running around in the desert city of La Quinta, California. 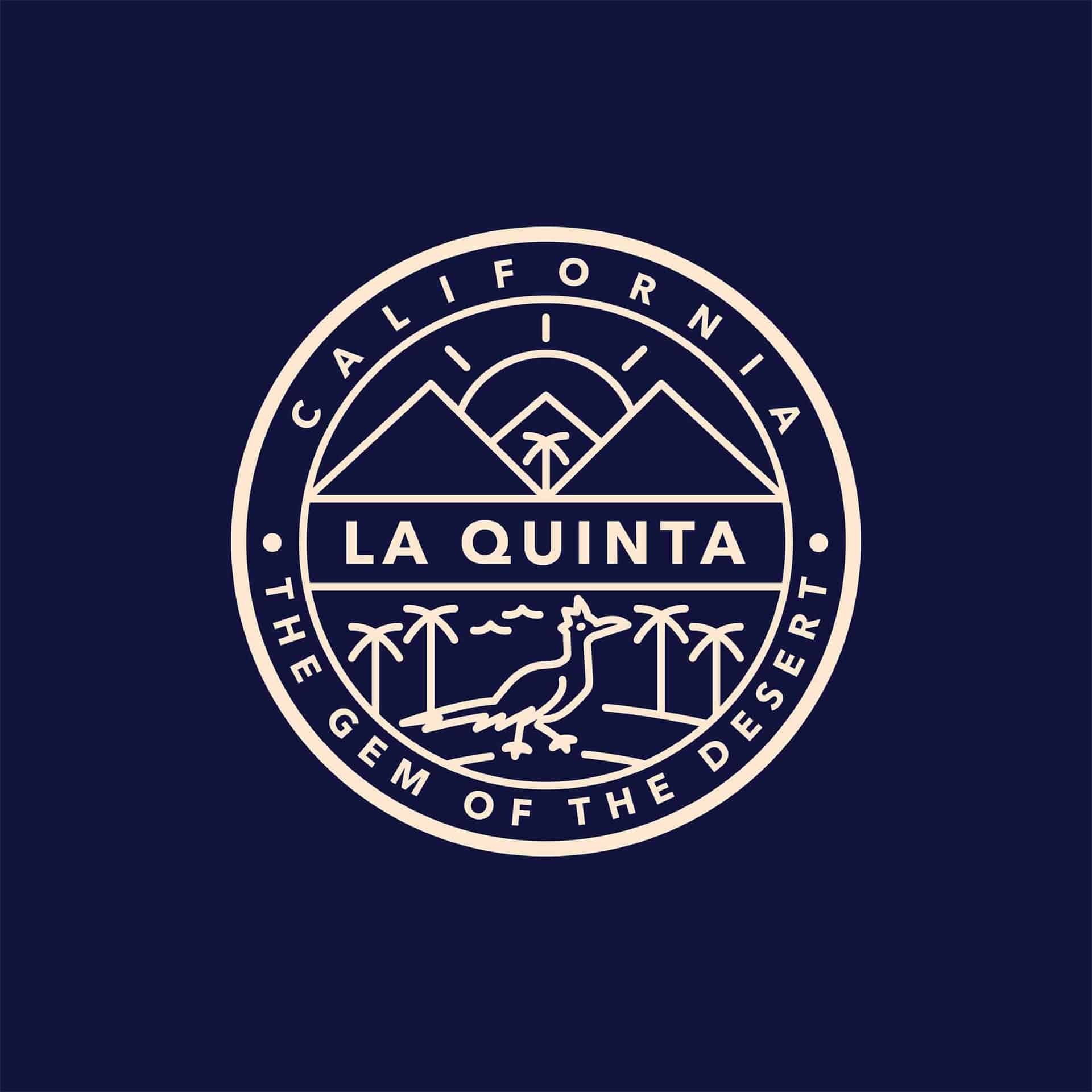 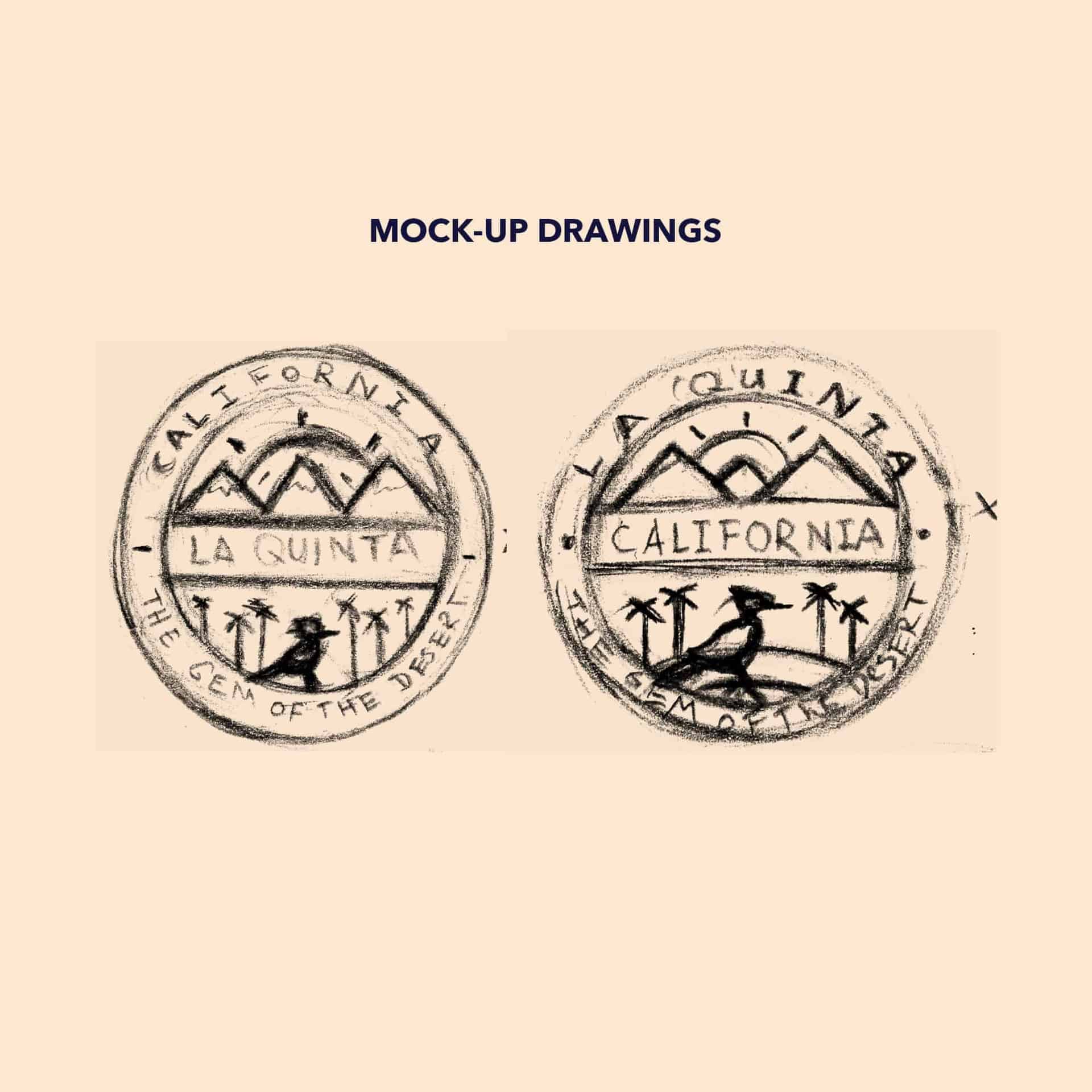 I first drew some mock-up drawings on graph paper, using Prisma Color col-erase pencil 20045 Carmine Red. And selected the strongest one I felt that really captured the city’s natural beauty. After that I scanned the image onto my Computer and imported the image to Adobe Photoshop and adjusted the colors. Once My image was adjusted I imported it into Adobe Illustrator and started to outline the image using the pen tool. After I completed outlining the artwork I went ahead and found a font the best fit inside the badge. The font seen on the design is Avenir Next LT Pro Bold. 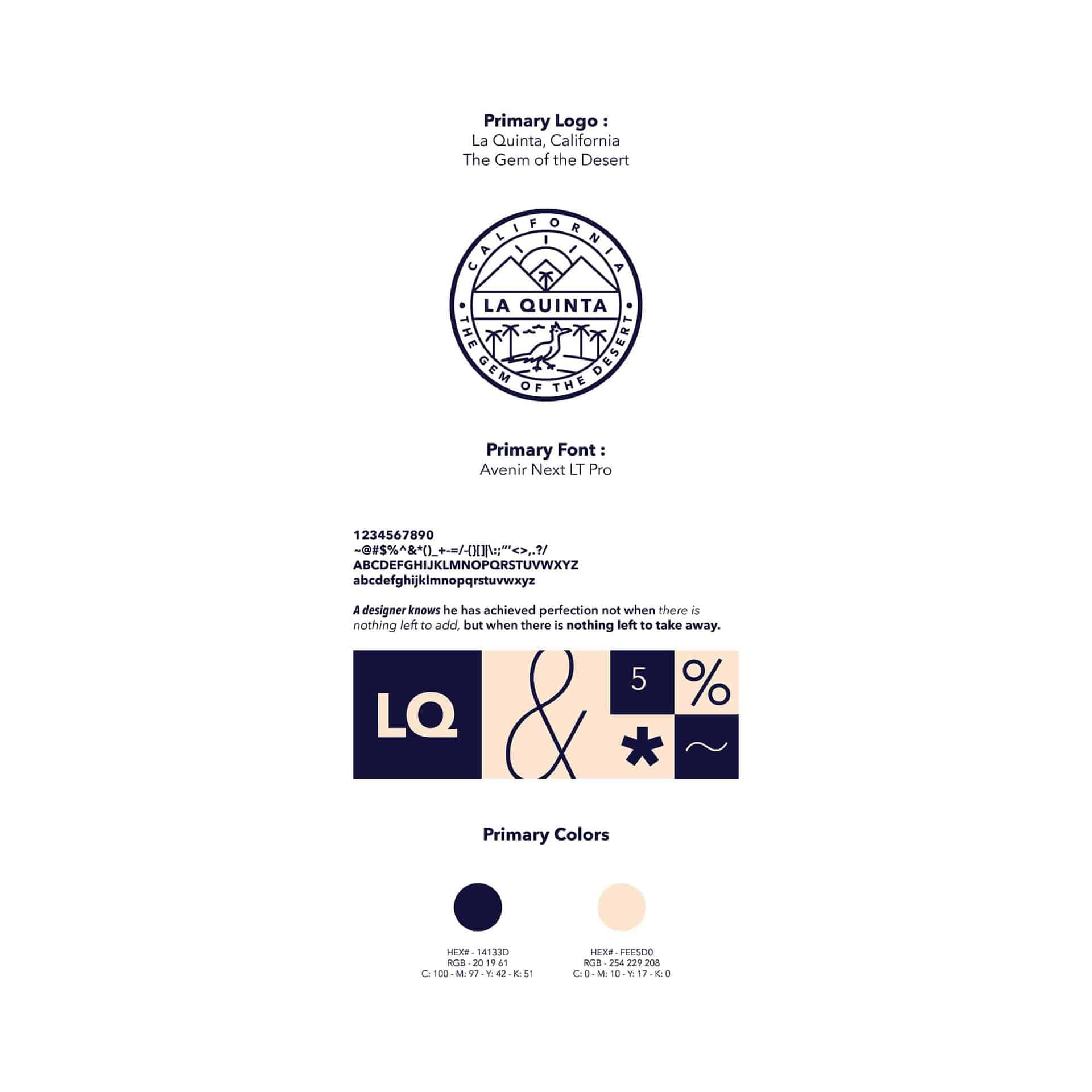 The reaction was very positive on my social media accounts. From the design, down to the typography, and font choice. Like any project I always feel like you step away with learning something new, especially in the research part it’s always fun to learn a little history about your own hometown, and about the desert ecosystem that we share with these amazing animals.

If you have any badge design's from your hometown or favorite city I would love to check them out. Maybe this will encourage someone to make one of their own.

Ivan Canevaro is a Latin American artist who grew up in La Quinta and Los Angeles, where he graduated from Otis College of Art & Design with a Bachelors degree of fine arts majoring in communication arts.
Website